It’s Monday and I have been off of work today. I slept in later than usual, took a melatonin after watching Time Burton’s Alice in Wonderland and Shameless, the William H Macy show on Showtime. It doesn’t start until January but somehow I found the first episode.

It was pretty good actually, though William H Macy made his first appearance in the last minute. Right now, I am oddly entranced by Claire Danes performance as Temple Grandin in the HBO movie of the same name.

She plays the autistic researcher named Temple Grandin who streamlined the cattle herding industry, which lead to the slaughterhouse (abattoir is a much nicer word). Improvements for the cattle industry, not so much for the cattle themselves.

It’s a very interesting movie, and Claire Danes is unrecognizable as Temple Grandin. It’s a welcome distraction from the day I’ve been having. I’m also watching Temple Grandin instead of the frustration of the news, International, national, local and political.

The day started out alright I guess but the blues did creep in. Just the blues for no reason at all. Perhaps it was because of different things, like books and CD’s I dropped off last week are still listed on my bibliothèque card as being out.

Or going to the dry cleaners as Bill asked to pick up clothes only to find that they couldn’t find them. As I climbed the stairs to the apartment, the dry cleaners phoned to say they found the clothes. They giggled and I grimaced.
.
Just one of those days. The temperature dropped considerably and earlier when I was outside there were snow flurries. I got a text from Roda, who invited me to the Maxwells Holiday party. I’m not going, last year was too awkward and I felt really out of place.

And I was broke last year and could barely afford a pint. This year, I do have some money and could buy myself a pint or two, but I’m really not drinking these days and I do have to go to work tomorrow. Perhaps I will go, if only to drop off a DVD that Kevin Craughn made.

Kevin burned The Radiant Child the documentary about Jean Michael Basquiat that Roda and I had seen a few months ago. But already that feeling has left me and I would be content to stay home. Just stopping by would be impossible since I’m sure a few people I know would be at the party and wouldn’t allow me to leave without having a drink.

I think I prefer to stay home. I have It’s Complicated starring Meryl Streep (an excellent skater btw), Steve Martin & Alec Baldwin. I also have a 2 DVD set of Citizen Kane. Both from the library. I also have Shutter Island from Netflix, so I have choices.

Guess I won’t watch Keith Olbermann tonight. I think I’ll steer clear of frustration, anger and depression. That’s not so bad. At least I don’t think so.

Plenty of things to watch until Bill comes home. 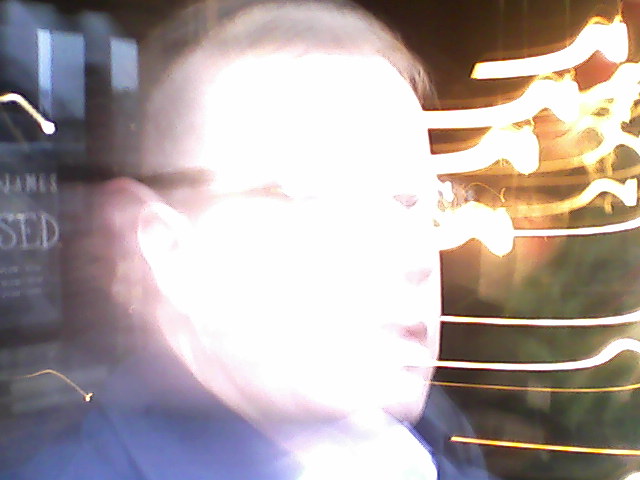