I am writing this on Bill’s new iMac, dual core processor. “An Intel iMac basically” says Bill. He’s on my own new computer, trying to set up the computer so I can get on the network, and get the new HP computer up and running.

So far it’s up, but not running far. It certainly looks pretty though. Bill’s pretty excited about it and I am too.

So I opted for the train. I waited on the platform with other dazed riders, when finally my train appeared. I avoided the crowds and once in the bus terminal I rode the escalator less traveled and wound up waiting on a queue.

It wasn’t too crowded and it was about 7:24. I thought I would have missed the 7:20 bus but with these people standing around and with the weather being what it is, I figured the bus was late and I was glad that it was.

I gave up my seat so a son and his elderly mother were able to sit together. As people got off at their destinations, I moved up into their seats, entranced by the near white out conditions ahead of us. A few taxis and cars spinning out and fishtailing.

I got off a stop before my usual so I could take some pictures and apparently a young woman did too. The two of us taking random pictures of the snowstorm. I even took a picture of her in the snow with her iPhone.

It was windier than I expected and my uncovered ears certainly stung. As soon as I entered my apartment building I immediately untied the laces on my boots so they would be loose enough to slip off after climbing four flights of stairs.

Bill opened the door and he settled back into the space before my computer as he worked on my computer. He seems to be making good progress, though he did try to contact Rand about transferring info and files from my old computer to the new one.

No response from Rand as of yet, but Bill’s doing a bang up job so far as he listens to the DVD commentary of Jeremy Piven in PCU.

I also sent an email to Calvin, asking if there was a number to call the building where the cigar shop is housed, to find out if the building will be open tomorrow. 18” to 24” are expected by tomorrow and I would hate to head into the city and trekking up to the cigar shop only to find that it’s closed.

And Calvin, being Calvin has not responded as of yet. Such dependable managerial skills.

Still I am glad to be home. Not a night fit for man or beast, or cigar shop assistant managers. 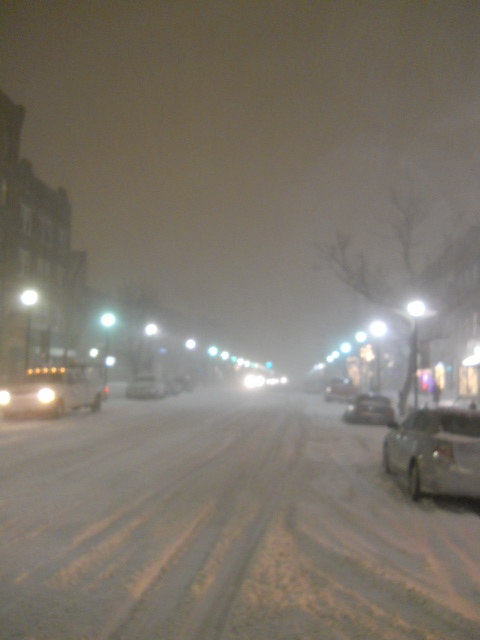 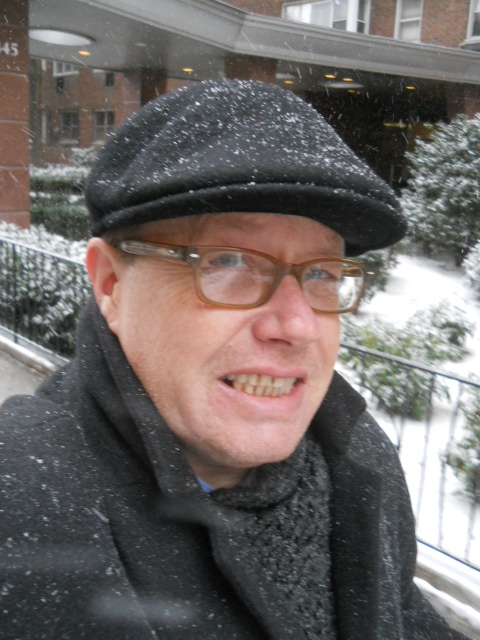