I made it to Friday. True, my week sort of started on Tuesday but it was an accomplishment for me. Two more days, Saturday and Sunday and then a day off on Monday. It’s not much but I have to take what I can get.

It’s now 11:19PM and I got home about 20 minutes ago. I wasn’t sure if I would make it home, after hustling down the avenue and climbing the stairs, deciding to forgo the escalator since most people at this time of night just dawdle all over the place, not making room for people like me who are trying to make a bus on time.

As I ascended the staircase, you can imagine my surprise when I saw the length of the line for the 126 bus to Hoboken. I called Bill thinking he was waiting up for me to come home and greet me with a big hug. He reassured me that there would be a bus soon after and if I can’t make the bus I was waiting for, he would wait up for me anyway.

As luck would have it, I was able to not only board the bus, but also able to find a seat. I am almost done with Patti Smith’s Just Kids, her memoir of living in New York City in the late 1960’s, early 1970’s. She just finished her affair with Sam Shepard, and Robert Mapplethorpe just discovered photography. It’s really an enjoyable book, highly recommended.

This morning as I waited for the bus, I got a call from Pedro who expressed surprise at the fact that I was still alive. We used to talk at least once a month, but lately with my situations and him now a union delegate we hardly talk anymore.

It was a fun talk for a few minutes, only shallow things said since he was on his way to work. After that phone call another call, from 212-123-4567. Yes, that’s the number that came up. It was one of the recruiters, calling to make sure I knew that I didn’t get the job, the one I was supposed to start this upcoming Monday.

I expressed my regrets at what I had done and she was understanding, offering to help me get a job once I send her a legitimate resume.

An uneventful bus ride into the city and a train ride uptown. Got to the store and already the backroom was filled with cigar smoking men. It was Calvin and the Bradley today and I was aloof. I only spoke with the Bradley when I had to and I made sure I almost never had to.

Some of the customers have said to me that they don’t like the Bradley very much, if at all and I can see why. He’s just annoying and basically an idiot. He used to ask Don where he could find some good graffiti and Don didn’t know. I know where, but since he never asked me it will remain the great unknown.

One of the customers decided to have food delivered for the store and like a group of peasants getting free milk, they descended on the offerings. Calvin said I could fix myself a plate but I had a big lunch and wasn’t hungry much.

Still under Calvin’s eye I filled a container with pasta and put it in my bag. As I cleaned up I took the rest of the food and put it in other containers to bring home.

But the food wasn’t going to make it home as I gave it to a couple of people going through the trash on my way to the bus terminal. 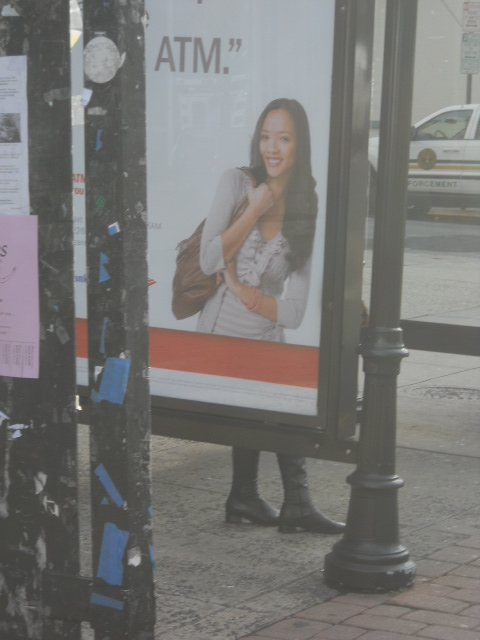 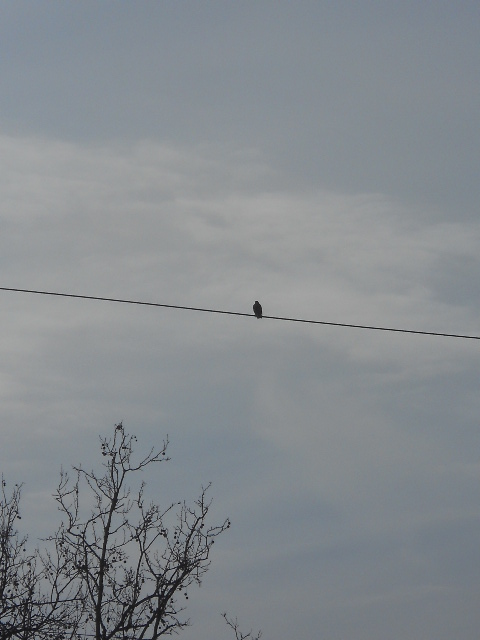 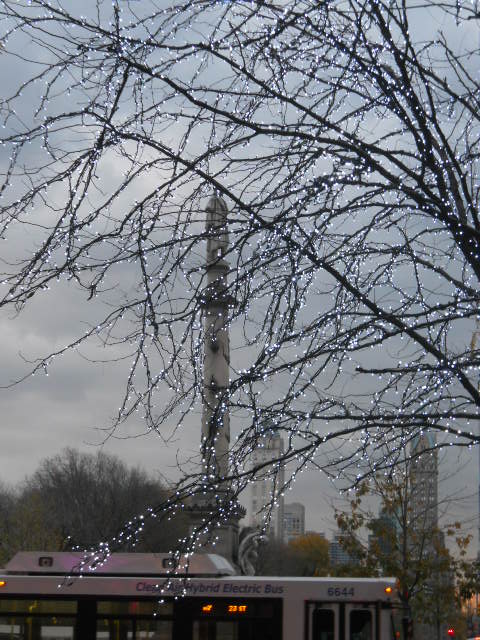