Back to work today after a night of not so good sleeping. Nothing major but did not want to wake up when I woke up at 9:30. Bill kissed me goodbye 3 hours before and after that I slept the sleep I should have slept.

I got out of bed and puttered about, glad to be going in later actually. Won’t be opening the store for the rest of the year. I was on Washington Street waiting for the bus at 11:15 and caught the 11:15 bus. I had enough time and decided to head uptown on the train and go to another Borders bookstore.

I phoned them last night and they said they had the Beatles Yellow Submarine 3D poster and would leave it waiting for me at the register. I took the train to the Wanker Banker Putnam Lovell NBF neighborhood where I used to work and hoped I wouldn’t run into anyone I knew.

I lucked out since I did not see anyone I knew. I walked into Borders and went to the register and was given the poster I asked for. I even got a free customer card from Borders which is supposed to give me deals and whatnot.

I thought I would take the bus across town but there was no bus to be found. For me, it was shank’s mare. I didn’t mind but as I got closer to the cigar shop I found that my t-shirt was soaking wet from sweat.

I dressed a wee bit too appropriately for the cold. I knew it wouldn’t be a good idea to wear a wet t-shirt, especially since I was not going to be in any wet t-shirt contests, or at least did not know of any that may have been scheduled.

I went to Duane Reade about bought a pack of t-shirts and when I got to the cigar shop, I changed t-shirts. Felt a lot better and a lot drier after that. It was Marcus and Calvin in the shop as well as a few customers in the back that don’t particularly care for Marcus nor Calvin. I know this since the customers tell me so.

Still I didn’t mind much. Marcus was soon out of the store on his way to who knows where and Calvin was his usual self, ending most of his sentences with a nervous laugh. A new guy started on Wednesday, Vince, who used to work part time at another cigar store in Manhattan until they decided to fire all the part timers.

So we took him on. He’s a nice dresser and so I felt compelled to step up my game. I dressed as impeccably as I could and according to Bill who stopped by later in the day, I looked great. ‘Bangin” he said, quoting those girls on the street from 15 years ago.

The day ended with Vince and myself closing the shop, Calvin leaving around 8:30. I sent Vince on his way at 10:00 since he would have hung out talking while I manically closed the shop. I was out in 10 minutes.

Soon I was out in the night, in the cold, listening to the Smiths. Six songs in 18 minutes, 34 seconds. Made it in time to catch that 10:30 bus where I sat and read about Freddie Mercury and how he started Queen. Nice read.

Back to work tomorrow and Sunday. Off Monday which isn’t so bad, is it? 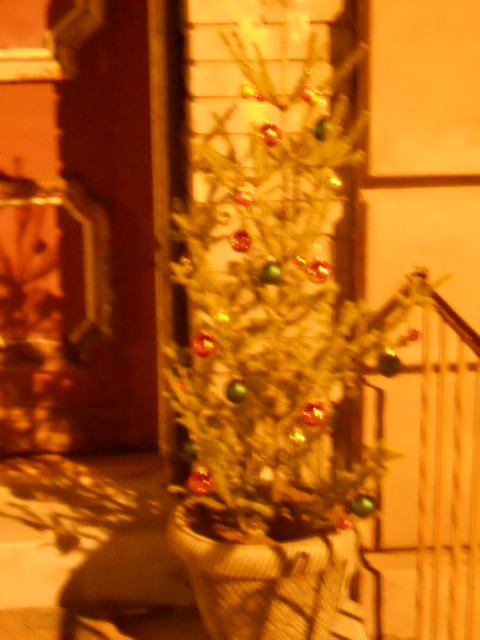