Last night was the debate between Obama and McCain and of course, as far as I’m concerned it was Obama’s victory. Whenever they would show a split screen and Obama was criticizing McCain and his record, McCain was grinning through gritted teeth it seemed.

Obama was most presidential I think. McCain was crazy. Obama did say a few times, ‘You’re right John..’ and then go on to back up that McCain might have been right at some point but where he is now was some place totally different.

And already the wrong wing has taken that little snippet of Obama saying that and will try to turn that into a pro McCain advertisement. Next time Obama will have to be a bit harder and sharper. I was tired before the debates started yet when it was underway I was totally engrossed. Bill came home halfway through.

His mother is making progress and will likely be in the hospital for a while. And she’s taken to speaking in Spanish to everyone, regardless if they speak or understand. Another thing that she’s taken to doing is behaving the nurse she was for quite a number of years, making the beds of various other patients on her floor to the amusement of the actual nurses as well as Bill. It’s good that she’s active though and stimulating her mind somewhat.

Bill was in bed soon after the debate and since I was drinking some crappy cranberry juice that had quite a bit of sugar in it I was up for a while. I watched Bill Maher after that but didn’t pay too much attention. I can catch that at a later date. I tried sleeping but the sugar hadn’t worn off yet but eventually I slept. It was rainy still when I woke up, gray skies and drizzle.

I had a plan to participate on an Improv Everywhere assignment of Governor’s Island, but with the weather being what it was I decided against it, watching instead a DVD of the Twilight Zone from the 1980’s with a soundtrack by the Grateful Dead and Merle Saunders.

It was the series brought back on CBS back then. I specifically wanted to watch the episode called Nightcrawlers, about a Vietnam vet who cannot fall asleep or else his nightmares of Vietnam will come to life and wipe out everyone including the dreamer.

It was also the very last episode on the DVD. Nightcrawlers also had Exene Cervenka in a featured role as a waitress in the diner. She was great and I remember telling her that I thought so when I met her at McSwells back in the day. She was doing a spoken word thing that night and mentioned that William Friedken who directed that episode was a crazy man, or words to that effect. He really put them through the paces.

After that I wandered around Hoboken, so muggy out, quite Hummus. I had hoped Pier A in Hoboken would be deserted but it was far from it. There was a Lights On celebration that had a lot of people wandering around.

I sat and looked at Manhattan through the fog and talked to my sister on the phone before heading home for a penne, pesto and chicken dinner. It is Saturday after all.

The weather promises to be the same tomorrow which is the Hoboken Art and Music Festival which features the headliner, Mary Weiss from the Shangri-La’s of Leader of the Pack fame. As well as Remember (Walking in the Sand) and I Can Never Go Home Again.

Hopefully the weather will cooperate and give me something to do or at least give me people that I can surreptitiously take pictures of. Yes, we see… 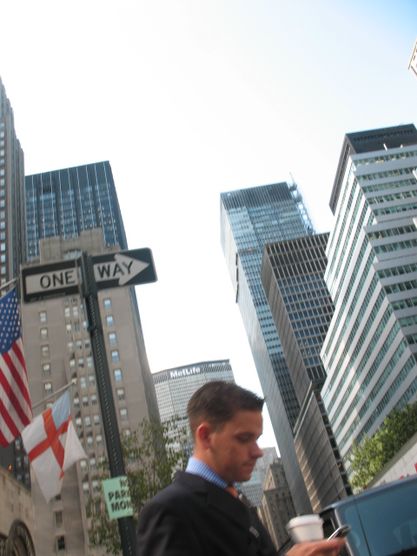 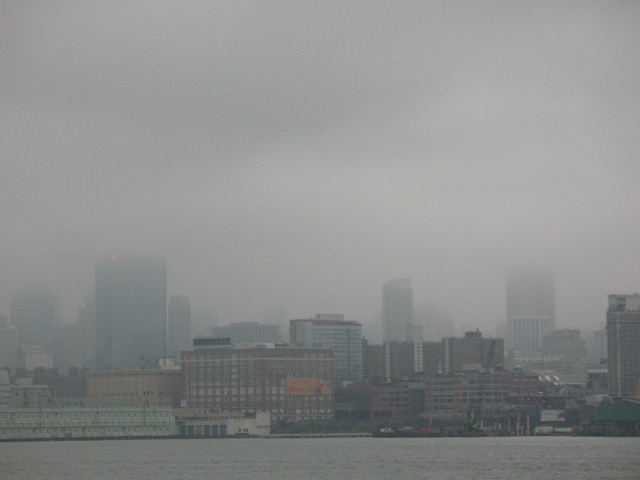 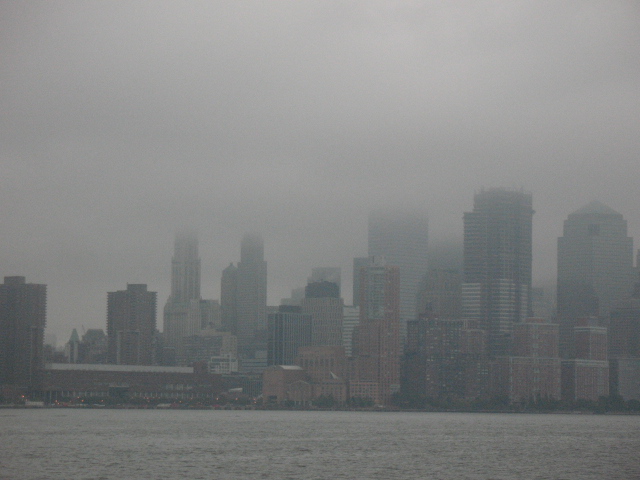 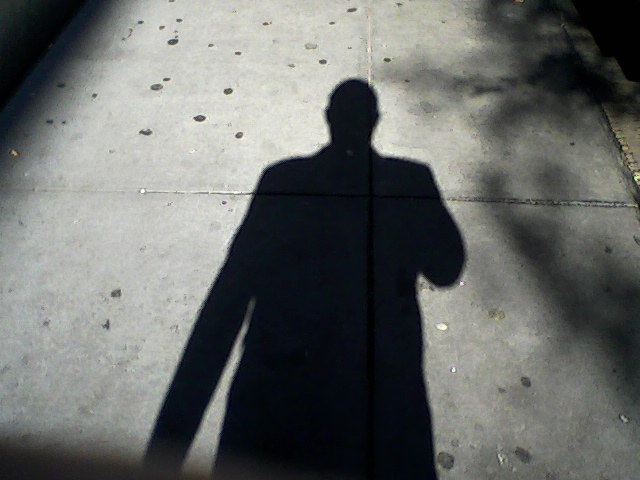 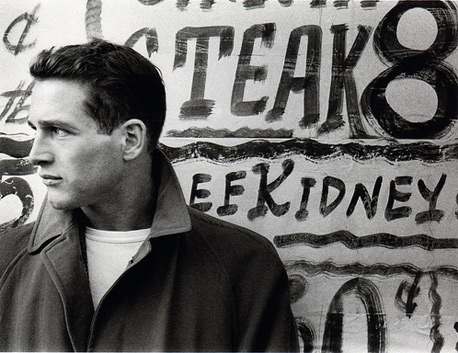 2 thoughts on “Night of the Living Baseheads”