Last night was cool, mellow. Watched Olbermann and Rachel Maddow which was as good as usual. Taped Heroes which had it’s season premier last night. I of course, being a former comic book geek was hooked anew. But it was a two hour episode or rather two one hour episodes shown back to back. I watched Rachel Maddow and taped Heroes and watched the first hour.

Still don’t know how the second episode went, but I have a week to watch it. Bill was in bed fast asleep when I joined him and before I knew it he was kissing me goodbye once again. I got out of bed and showered. Forgot to shave but then again it takes a few days to notice, though I can feel it growing.

Last night I bought two songs from iTunes by Konk!, one of my favorite bands from the 1980’s. I was surprised to see it on iTunes, but there it was. I bought them, and loaded it into my iPod, making a playlist so I could find it fast or so I thought. I was disappointed to not find it this morning. I got over it and wound up listening to solo songs by the Fabs instead, which was great of course, but not that pseudo Latin dance stuff from the East Village that I was looking forward to.

On the bus I got a video message from Bill, being silly and screaming and shouting that he loved me which was fun to get on a crowded bus. Then I got a phone call. It was Bill and not as silly as he was a minute before. He told me his mother had a stroke last night and he was on the way to the hospital.

To say that sucked would be an understatement. He was understandably stressed and continued to be so throughout the day when he would phone with updates. It was thought it was a seizure but seems to be a stroke, slight paralysis on one side of his other’s face among other symptoms. I couldn’t get away from work and even if I could what could I do?

Work itself was intense, not so much for what was going on inside the office, but rather from what was going on outside. Bush was in town, staying at the Waldorf Astoria right around the block from my office and most of the neighborhood was on lock down.

Total street closures, snipers on rooftops, helicopters flying low over head and quite a fleet of vehicles one of which was the dummy vehicle, with the rest being decoys. Cops everywhere and Secret Service, some of them dressed oh so nicely.

Work was quiet again, the only thing I heard was Vivek indignant yet laughing at the way the Senate was questioning Paulson. Vivek thinks Paulson should get all the money to do what he will. Vivek is the managing director of the company and of course he wants his company to stay afloat, which puts me in a weird position, I want to work and I want oversight on this bail out. Questions asked.

Then around 2:00 Vivek and Greg Stevens went out saying they probably wouldn’t be back, leaving me all alone in the office. Esteban, the lone stooge, left early after a doctor’s appointment and Tom Chin never came in after saying he would be in by noon. I stayed until 4:30 and walked across town enjoying a Padron listening Radiohead, In Rainbows. Haven’t played it in a while.

Got the bus back, picked up a ticket at Tunes for my brother Frank’s friend for The Bird and The Bee at McSwells in a week or so. Then I ran into Thaler who is really sweet. I’ve known Thaler for a long time and we have a few mutual friends. And she and her husband Tom who’s equally nice used to live next to Chaz and Kathe when they were together and living in Hoboken.

She’s a lot more political minded than I am and has been a vocal supporter for women’s rights. She looked really good as well and we had a really good talk about the current political scene. She has some good insight on a lot of things that I’m too tired to get into right now. 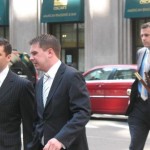 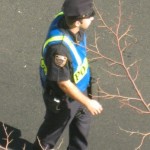 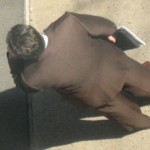 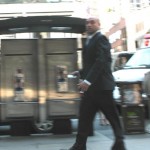 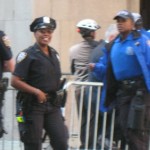 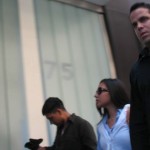 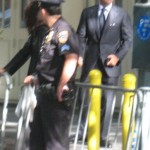 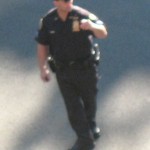 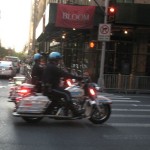