Last night was most chill, and cool. Chill in the apartment, me and Bill watching Rachel Maddow and recordings of the Daily Show and The Colbert Report, followed by Bill Maher and cool weather wise. I was pretty much wide awake after having taken a nap when I got home.

All pretty good shows. Bill was watching Chris Rock on his laptop while wearing headphones and laughing at the most inappropriate times during Bill Maher. It was odd listening to Andrew Sullivan or Naomi Klein talk about some serious issues and hearing Bill chuckle,

Will I. Am was the third panelist and he didn’t have much to say except when Bill Maher discussed his documentary about the insanity of religion. My Bill went to bed soon after and I stayed up to unfortunately watch the last 45 minutes of Balls of Fury, the ping pong movie starring Christopher Walken. It was odd and elicited a giggle or two but overall not worth watching.

Woke up this morning around 8:30 and went out in the world picking up bagels for the family on the third floor. Julio was feeding Alexander while Stine was getting ready for a baby shower for Julio’s sister. Hung out with them for a while before heading upstairs and having my own breakfast. 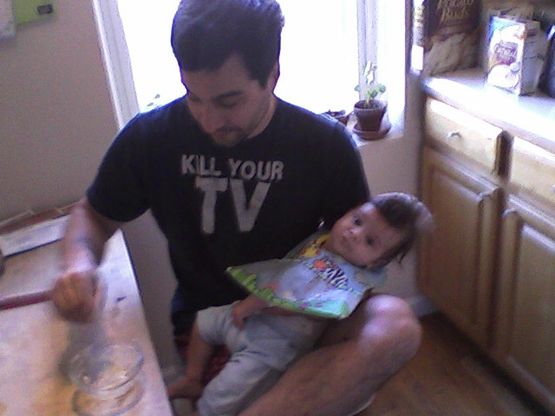 Bill was getting ready to see his mom and I read the Daily News and started doing laundry. Another Saturday another bike ride. I wasn’t sure where I was going. I rode up the elevator to Congress Street and proceeded up Palisades Avenue, getting bananas in my old neighborhood.

Still wasn’t sure where I was going though the bike decided on heading north. I pedaled in agreement and eventually found myself in Fort Lee by the George Washington Bridge, after briefly talking to my sister on the cellphone while stopping in Cliffside Park. Had a quick bite to eat then I rode across the bridge. 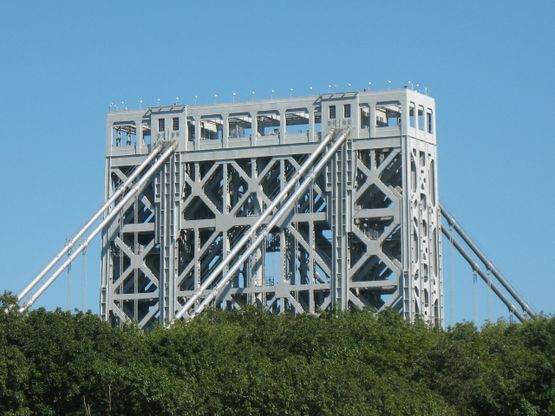 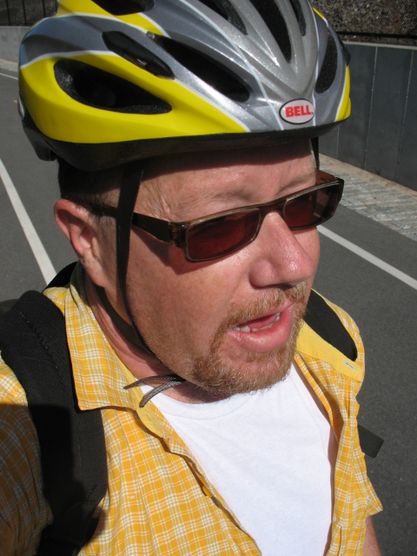 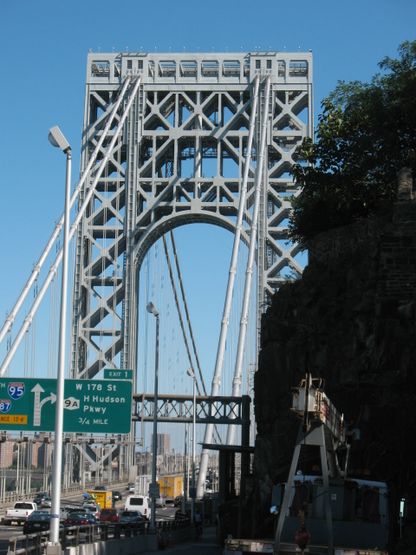 Several other riders in bicycle riding gear passing me by in groups all shiny in their spandex and branding. I didn’t know until I was in the thick of it but today was a big festival for the Little Red Lighthouse underneath the bridge. It’s a children’s book too you know. Strollers and families everywhere slowing me down. I got around them with no problem and decided on a different route. 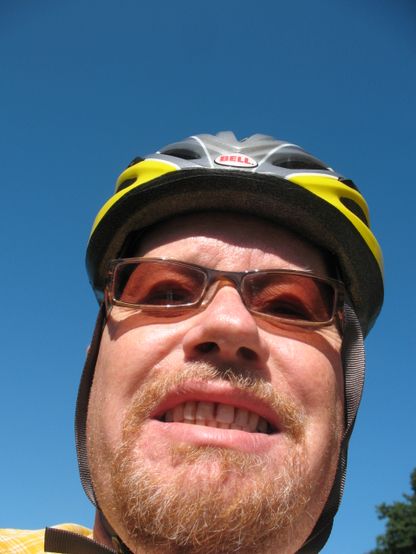 I got off the bike path and rode up to Riverside Drive and then down 96th street into the park. There was supposed to be something for the play, Hair going in in the park but I couldn’t find it. I rode over to the skate circle and sat watching Disco Granny and the guys on Bear Hill. 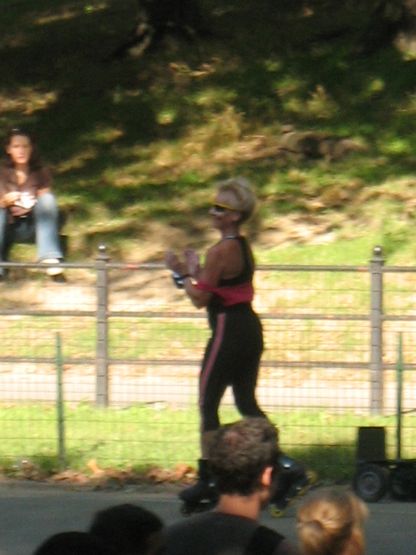 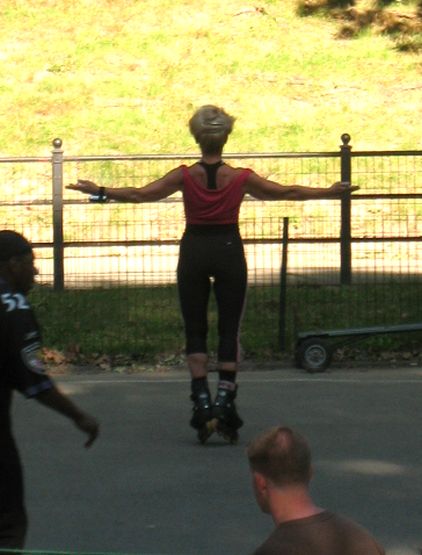 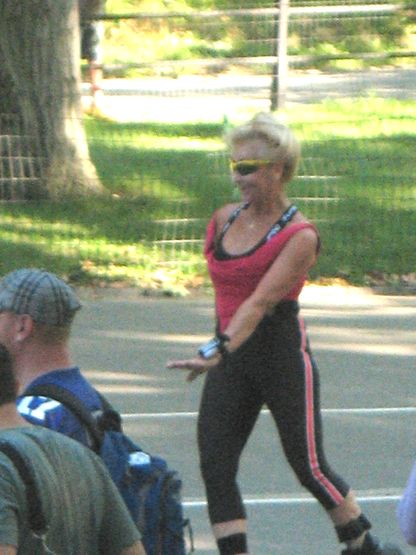 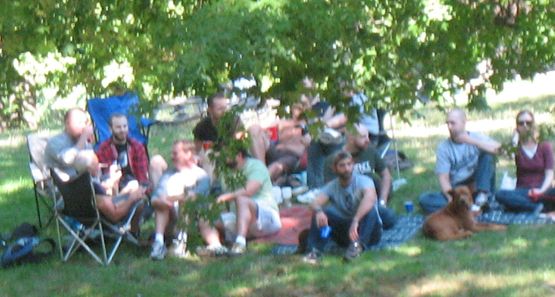 It was nippy out and I was only there for just short of an hour. Rode down 59th street where on the hill between 10th and 11th Avenues some woman decides to make a U Turn just as I am hitting a nice speed. I yelled, ‘what the hell are you doing you fucking bitch’ she says I should just go around her, into oncoming traffic. A flip of the bird and I was on my way to the safety of the bike path again.

Rode to the World Trade Center and caught the Path back to Jersey City where I stumbled upon a Jersey City Irish Festival. Lot’s of people that looked like my tribe, most of them carrying cups full of Guinness. I thought about getting one for myself but decided to head on home and make dinner before meeting up with Rand finally for a pint or two at McSwells. 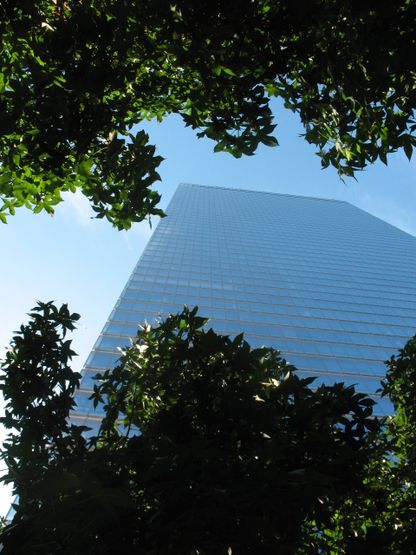 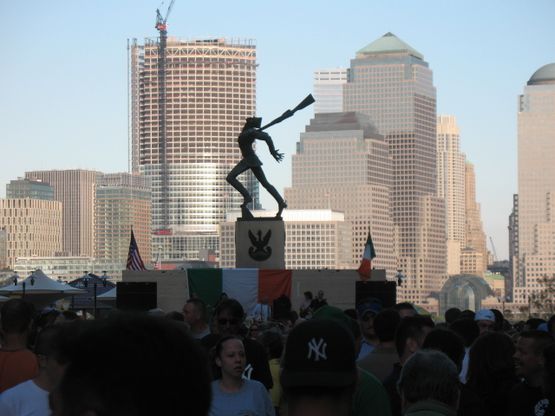 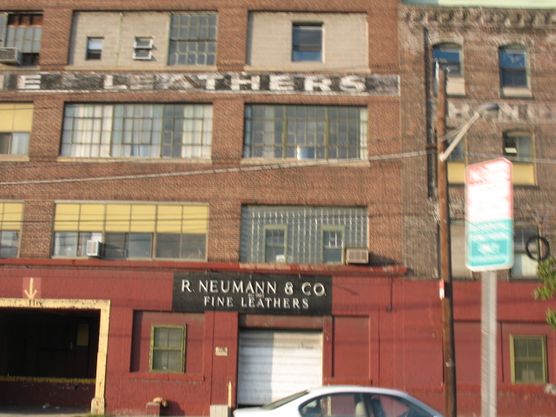 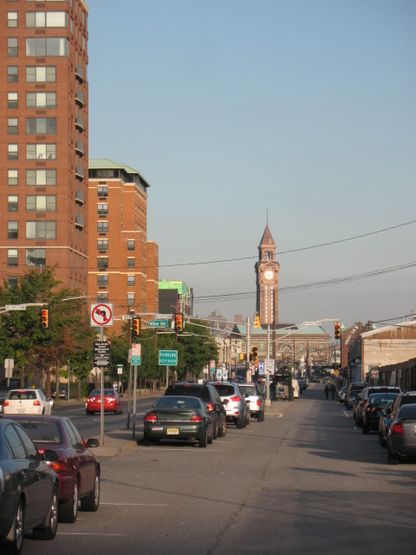