8:00PM and I finally feel awake. Last night was different. Home by myself most of the night, Bill asked that I get his amplifier, keyboard and keyboard stand ready for him to take to Harlem. He’s starting a jazz combo with someone he works with. I did all that, moved the big ass amplifier and out it in the hall, got the keyboard in a carry bag and dusted off the keyboard stand.

Bill came home and started playing the keyboard with an extension cord leading into the hallway so the whole building got to hear Bill’s doodling on the keys. I don’t know how it sounded on the floors below us, but here it was loud, louder than Keith Olbermann. When Rachel Maddow came on I had to request that Bill turn it down. Bill moved the amplifier downstairs then went out and got a Zip Car.

I carried the keyboard and the stand downstairs when he showed up with the car. Then I was back to doing whatever it was that I was doing. He came home an hour later and was in a weird state of mind. I just went to bed. It was cooler out and no more need for the air conditioner. I don’t know what time Bill went to bed, but he did wake me up while looking for the comforter.

The comforter did help though, but it was an uneasy night of sleeping for me. Since I gave up drinking soda I’ve been drinking a lot of cranberry juice which meant a few stops to the loo. Woke up at 6:00, Bill still in bed. He was going to work, but not at his usual time which in turn set my morning routine askew.

Of course he got out of bed and started getting his clothes ready as I was trying to get dressed which did not help my state of mind. I was only a few minutes late and tried to read the New Yorker while trying to stay awake. Made it across town listening to some heavy Dub music from Tappa Zukie. I love Dub, but I guess it wasn’t the high energy that I actually required.

Got to the office, one of our subtenants asked me if I smelled cigarette smoke. I mentioned that I smoked but he said it smelled before I came in. He was there at 6:30. I wandered around and sure enough it smelled like cigarettes, especially in Vivek, the managing directors office. I told Vivek when he came in that it smelled like his buddy’s cigarettes.

Not the Gauloises like I smoke but dried out, chemically treated Marlboro Lights. It turned out I was right, it was his buddy. We’re trying to get Vivek’s buddy out of the office since he’s been squatting in an office and he doesn’t contribute anything or pay rent. That’s now my task to kick him out and perhaps put him in a cubicle which I’m sure he’s not going to go for.

I also sold my ticket for My Bloody Valentine (MBV) through Craigslist. I listed it yesterday and there were quite a few others selling or trading tickets. I got three inquiries yesterday and a few today. The first contact from yesterday didn’t respond to an email, so I went to number two who yesterday seemed interested.

This morning, she didn’t respond to a couple of emails until later when she told me she got a ticket already. So I went to number three and arranged to meet him downtown by Union Square. Got there with no problem, stationed myself outside the Virgin Mega Store. John Hunter showed up a few minutes later and we chatted briefly about MBV.

I explained that I had seen MBV in 1991 and they were great but it promised to be the same show since there really isn’t anything new released. I guess it’s a show for those who missed them the first time around. My excuse for not going was that there was no one to go with. He was a nice guy and chuckled when I gave him a pair of foam ear plugs.

I went into Virgin and bought the new Raphael Saadiq cd since the free download from FYE was bogus. It was in an ad in the Village Voice, go to FYE enter the code and you get a free download of the album. Well it didn’t work on Wednesday or Thursday and today FYE said I exhausted my downloads when I didn’t get any.

Small potatoes I know, and I preferred to have a hard copy anyhow. And it’s a really good record, worth checking out if you’re interested in what’s going on in today’s R&B. It’s a little retro but contemporary. If you’re so inclined and if you have better luck that I did, got to the FYE website and check digital downloads, the code in raphaelsaadiq.

McCrazy is still a fucking asshole by the way. Blaming Obama for the current crisis, when Obama was calling for regulations while McCrazy was all for deregulations. I really hope people aren’t stupid and remember this come November. McCrazy to his credit, for an old man he certainly has a raging hard on for the presidency and will do or say anything to get there. If he’s this dangerous now, how bad will he be should he get elected? 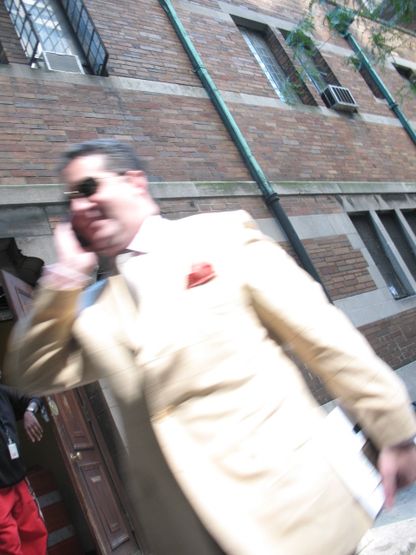 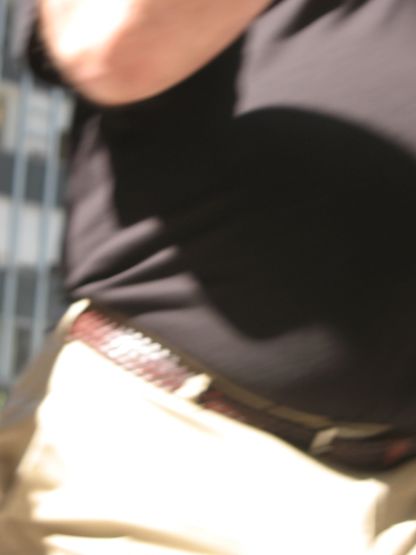 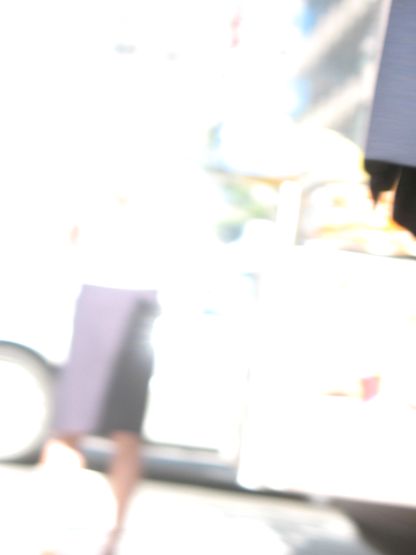 The lure of Sabrett 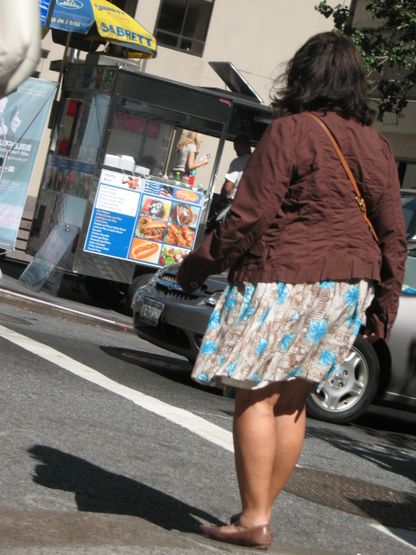 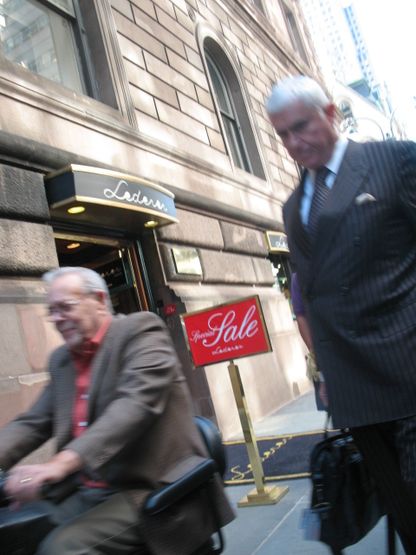 I love that suit! 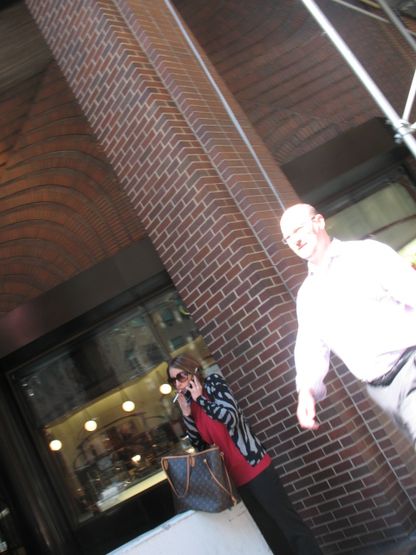 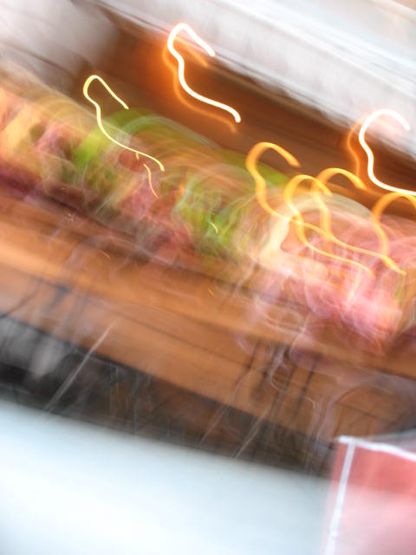 He thought it was an ice cream truck 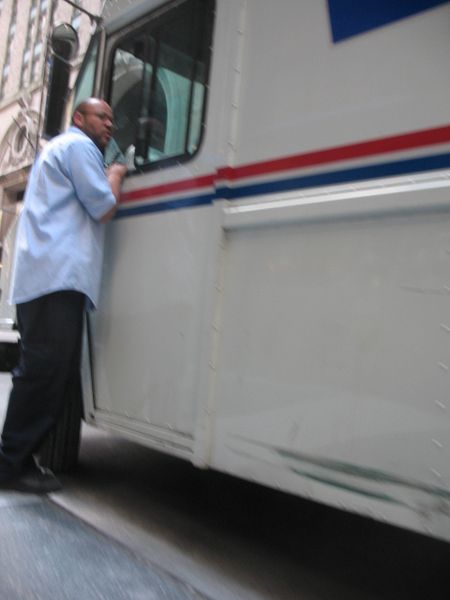 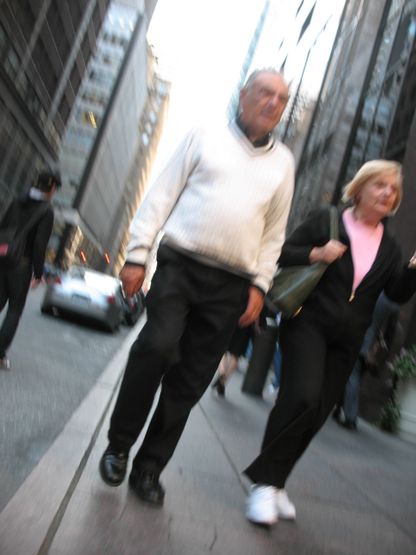 NO kicking of the flowers! NO stopping and smelling! 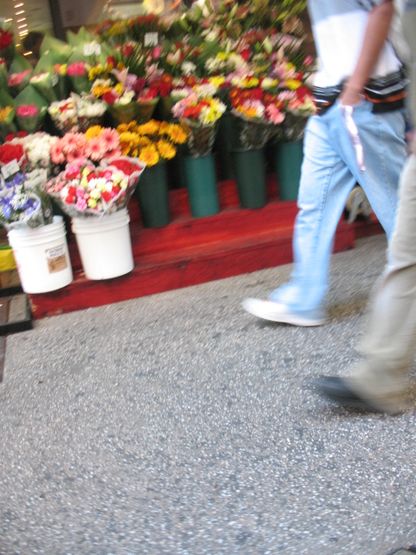 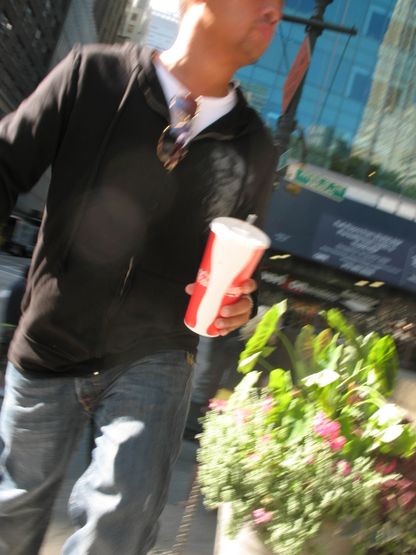