Well This is new. I’m using Google docs instead of my usual Open Office which for some reason is unresponsive. I think my computer was attacked by a bug recently and things just aren’t the same. But so far I don’t like the layout of Google docs and slowly I am waiting for the Open Office to open itself up.
Now it’s back to normal whatever that means.

Last night more of what you’ve read before. We tried watching the republican convention, but it was difficult. Fred Thompson, actor not statesman. Mentioned that John McCain’s experience as a POW doesn’t qualify him to be president but it shows Cotton Hill’s character. Which is almost exactly what Wesley Clark said in July and was attacked for saying it.

So he can play the role of good old boy from Buttfuck TN, with a bobbleheaded wife with bobble boobs and help the large circle jerk in St. Paul get off. Sarah Palin, the less said about the better. Biden should and would destroy her in the debates. I’m sure she is bound to fall on her face.

And Cotton Hill. What could be said about McCrazy that hasn’t been said already. The debates should decide everything, but then again that’s what I felt back in 2004. We will just have to wait and see.

Work wise things were quiet. I did run into Casey this morning, when I wasn’t at my best, and on the ride back from the city when I was at my best. I prefer me at 5:00PM. Don’t you?

Things are basically back to normal (that word again) in the office. Big wig coming in next Tuesday, big enough for Greg Stevens to request that I wear a suit and tie. Now I don’t mind wearing a suit and tie, I would wear one everyday if possible. Already in my mind I am trying to figure out just what to wear.

I am also hoping that it won’t be 90 degrees like it promises to be tomorrow. The B-52’s are scheduled to do a free show in Cranford NJ on Saturday, but tropical storm Hannah is also scheduled to be in Cranford that day so that seems like it will be a wash out. It could all change but so far that is the forecast.

So I do have a new suit that I bought and just had it altered. Navy pinstripe, two button jacket, wool/cashmere blend. On sale at Macy’s. Had the trousers taken in, hemmed not cuffed and buttons added for braces, which are also known as suspenders. I’m looking forward to wearing it.

I have given up drinking soda, at least at home. I bought cranberry juice and seltzer. So far so good. I likes I likes.

I wonder what Tony Dow is doing. Why do I wonder about Tony Dow? We’re watching Scrubs and there was a guy who might have been Wally Cleaver but they would have given Tony Dow a line or two. Obviously I have run out of things to write about.

This was finished on Open Office by the way. Anyone try Google Chrome yet? How is it? What’s your opinion? 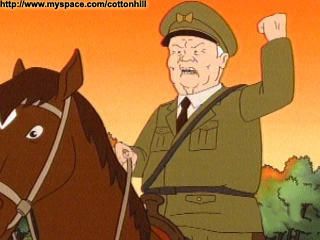