What a fucking day it’s been. Ugh. It started out with me sleeping a little later than usual. About 11 minutes later. I knew it was 11 minutes. Made a big difference. Everything is more crowded, and busier than what I am used to.

I did not like it at all, but made the most of it listening to Konk! which made it to my playlist finally. That pseudo Latin 1980’s East Village dance groove made a nice walk across town.

Got to the office about 25 minutes late and to my surprise no one was in. I was glad at that fact. Allowed me to take my time in setting things up. Soon people came in and everything hummed along nicely. No one said anything about how they had left the office early yesterday leaving me holding the bag. I didn’t bring it up and neither did anyone else.

At one point I had to run an errand which I was glad to do. I brought along my trusty camera and took some pics. As I was crossing Lexington Avenue I spotted some who looked recently familiar. Prior to the errand I was reading AM New York, one of the 2 free newspapers given away at most subway stops for free. 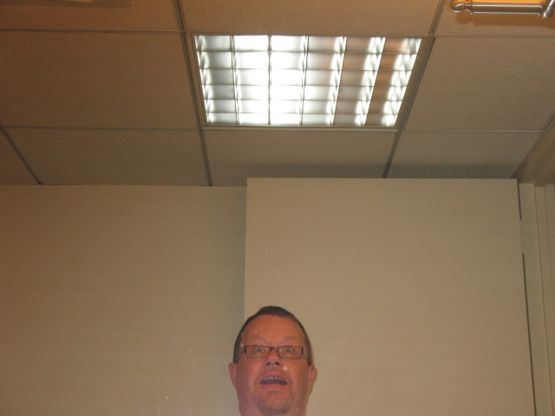 The other is the Metro but Metro doesn’t have dependable people at the stations so I didn’t get one of those. Their both good reading during a morning, how you say….evacuation.

So I am at Lexington and 50th Street, still an intense police presence since Bush Co is still in town. I spot a guy wearing a hat and sunglasses and crocs. Normally I find crocs offputting but I made an exception since I had a feeling I had seen this guy before.

I decided to take a chance since we were both walking up Lexington Avenue and with him I said slight yet loud enough for him to hear, ‘Loudon’. He stopped and turned around. I wonder what he thought when he saw me, in a navy blue pinstriped suit with a light blue tie and light blue cuff links.

I say that because there were a lot of gents like myself dressed in such attire, meaning Secret Service and NYPD Detectives. Of course I am neither but he wouldn’t know that. Perhaps I’ll wind up in one of his stories. Anyway I said I was a fan, didn’t mention Rufus or Martha, deciding to let him have some John time for himself.

I told him that I was just reading about him in the paper. He asked which one and I told him, but held back on what was going on while I read about him. I mentioned that an upcoming show sounded cool. In December he’s playing in Tarrytown with the Roches, another group that hits a soft spot for me.

I was off on the errand but before I left I asked if I could take his picture and he said yes, so here’s a picture of Loudon Wainwright III. 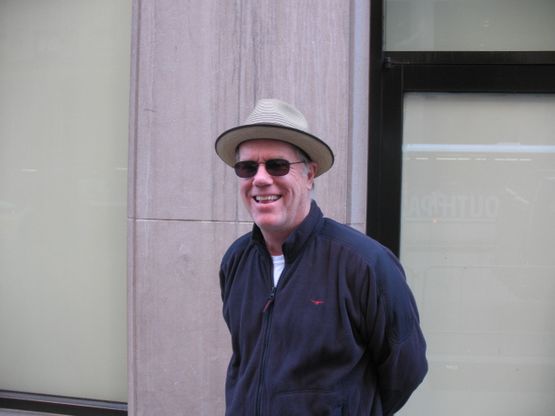 Work was weird when I got back to the office, I didn’t know it then but it seems that the renting of the office is now something that other people are involved in. I wasn’t bringing in the results they wanted, but then again I was trawling on Craigslist whereas they know a few people with the money to rent an office in midtown. I don’t mind that at all. 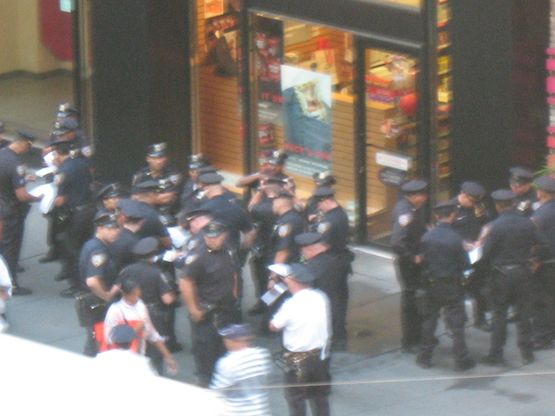 After work I decided to take a train downtown and check out Oliver Sacks who was giving a free lecture at Cooper Union. I stopped by Farfetched where Harpy was next to Susan. Had a glass of sparkling wine and picked some birthday cards and had a good time with the two of them. An interesting chemistry between the 3 of us.

Back on the street I walked over to Cooper Union and found a daunting line wrapped around the Cooper Union. I turned back, popped into Farfetched again and then I was on my way, walking up Fifth Avenue enjoying a Padron and listening to Raphael Saadiq’s new album.

Got to the Path train and found that I missed 3 of Bill’s calls. I was nervous and considered getting back up to the street to see what was the matter. I was worried that things may have taken a turn for the worse regarding his mother.

I decided to head back to Hoboken and check once I got up to the street again. I checked the voicemail that Bill left and it wasn’t as bad as I imagined. His mother did have a stroke though, affecting her speech center and with a paralysis on the left side.

She’ll be in the hospital for a while, then the varies therapies that are required. And she’s disoriented with being in the hospital as a patient when she was a nurse for a number of years.