Back to work today. It has to be done I know. But some good news, my brother in law Rex has had yet another procedure for his heart and hopefully this will be the procedure that mends his heart perfectly. Crossed fingers on this end. Last night, pretty mellow. Though I only rode the bike about 5 miles I took it easy and for a brief spell I was a zombie. I wrote, which you hopefully read.

Played Tom Waits, Alice. Perfect for a summer evening. No TV on just the tapping of the keys and the sounds of Tom singing and playing in the way that only he can. Bill even liked it somewhat when he came home. I put on Swordfishtrombones after that. Bill was on his laptop with his headphones on so he didn’t hear that.

I decided to take a walk to the post office and drop off a Netflix rental. Walked by that certain bar where an alpha male with a capital A minds the door. He looks at me, I look at him. I drool, he stares. I keep walking, he stands by the door. Really a hottie though. I know he works on Sunday evenings and thats when I usually find a reason to walk down Washington Street.

A few bars have big guys like that outside their doors, but they’re out too late for me. This guy is usually out at 6:30. He looked like this a few weeks ago, yesterday he had a haircut. No pic since that would have required a flash, and if you know me, you know I’m not flashy. Nor am I “that guy”.

The streets were super crowded with people headed to the last night of the Madonna Del Martiri feast. Fireworks were promised and I guess that’s what they were headed towards. Came back after ogling some man flesh. 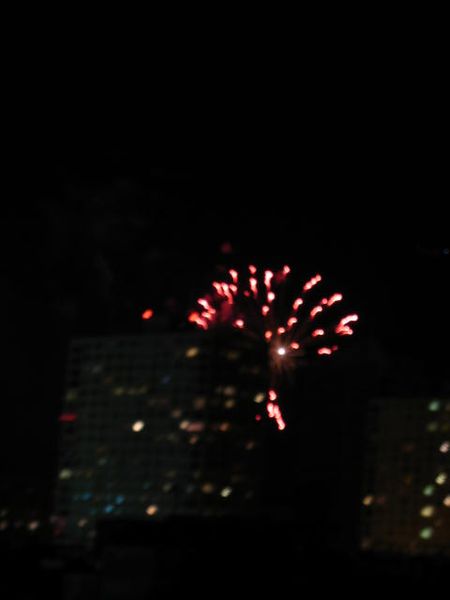 Bill still on the couch, no TV on. I turned on the warm up show for True Blood, the new series from Alan Ball, the Six Feet Under creator. Bill immediately warmed up to it. I didn’t know he was interested in vampires but apparently he is. We watched the series premiere and it was very good.

I think we’re hooked. Definitely has a sensual edge to it and who doesn’t love Anna Paquin? She won the Academy Award for best supporting actress for the Piano. Knowing Alan Ball’s standards I’m sure it will be an excellent series. The hour flew by much to Bill’s surprise.

After that it was Entourage which was also very good. Let’s face it, it’s basically Jeremy Piven’s show, since he gets the best lines. Definitely fun to watch Vinnie Chase and Turtle having a good time down in Mexico. I could easily see Bill and myself living like that on a beach in Mexico, surrounded by girls with fake boobs in bikinis.

Sure it would be hell and I would certainly need plenty of sunblock by the truckload.

Some strangeness at work for sure. Lack of communication and an overall feeling of weirdness. It’s uncomfortable but I’m going to hang in there as long as I can. Should be interesting and something to write about.

Juan is here and we’re chillin. He has a mohawk, or a reasonable facsimile thereof. No pictures though, he’s squeamish.