Today is the fourth of July. The country is 232 years old. Or at least the Declaration of Independence was stated on this day. Actual independence didn’t happen until a number of years later. In 1976 was the bicentennial. A major event. My father was working in the World Trade Center at the time and a few months before, there was a plan to have a party in the offices so we could watch the tall ships and the fireworks from on high.

That was the plan until rumors started floating around about how gangs were going to be roaming the streets mugging the deep influx of tourists. That scared my father enough so that we spent July 4th in the backyard of 13 Riverview Avenue in Lodi, which despite what you may have heard is not the same thing.

My brother Frank had promised to take me to see the fireworks that night. He was at a party with his wife Elaine though and didn’t show up. There were plenty of firecrackers to keep me amused. My brother Brian wound up with me in the back seat of his car while him and his buddy Eddie drove around River Road in Fort Lee that night where I heard the fireworks going off overhead, not actually able to see them due to the tree tops blocking the view.

It wasn’t that bad, I still got back home and met up with my friends. I stole a pack of Marlboro’s from my mother and got caught but was let go when I explained it would be easier to light a firecracker with a cigarette rather than using matches or lighters. Somehow that worked and I walked away with a hard pack of Marlboro’s in my pocket. That’s probably when I started smoking.

Me and my friends whiled away the remaining bicentennial hours blowing up whatever we could. My sister Annemarie worked in a hospital at that time and gave us all warnings about people in the emergency rooms due to playing with fireworks, so we were careful, though a firecracker did go off in my hand, leaving my thumb and index finger numb for a few hours.

My brother Frank tried to make up for his absence the next day and gave me a copy of Abbey Road which is the first Beatles album I ever owned. I forgave him and soon got every much into the Beatles.

This year, it’s been overcast and muggy. Rained a bit today. Hoboken is like a ghost town today. I rode around, wound up by Battery Park. Bill was spending time with his mother, didn’t make it down there. I rode around, the streets crowded with tourists everywhere as well as Statues of Liberty.

The Feelies sounded great, but I couldn’t see them. I wound up outside the park and listened. Brenda was saying thank you after each song, I wonder if her mother asked her to. I was bored and decided to ride back to the Path train, taking it to Exchange Place and riding home from there.

Not much else going on today. Bill’s staying at his mother’s apartment since the fireworks will be going off 100 yards from her bedroom window. Here’s some pics. 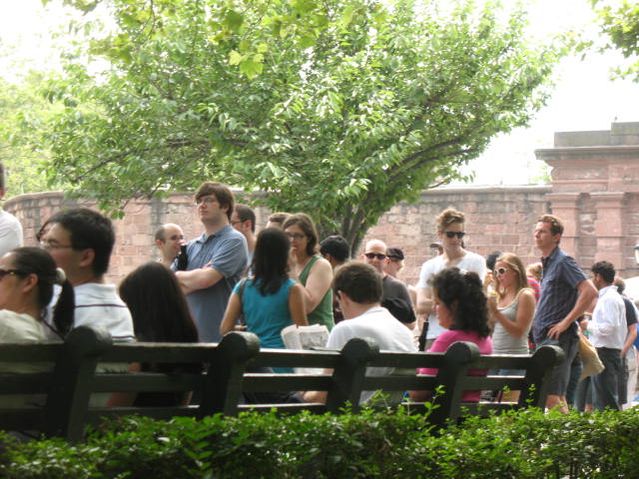 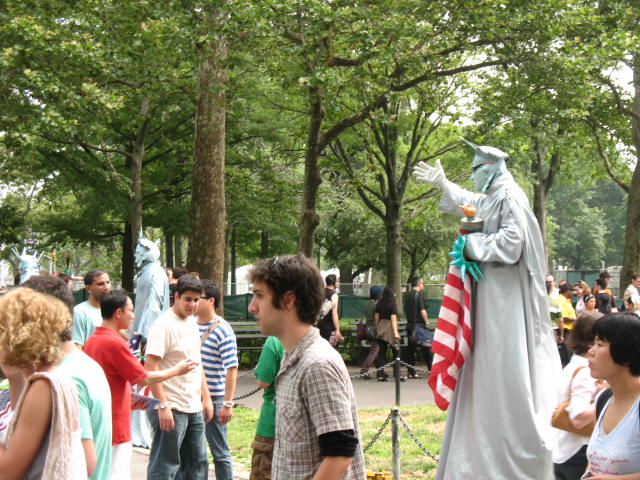 A Klaus Nomi Statue of Liberty 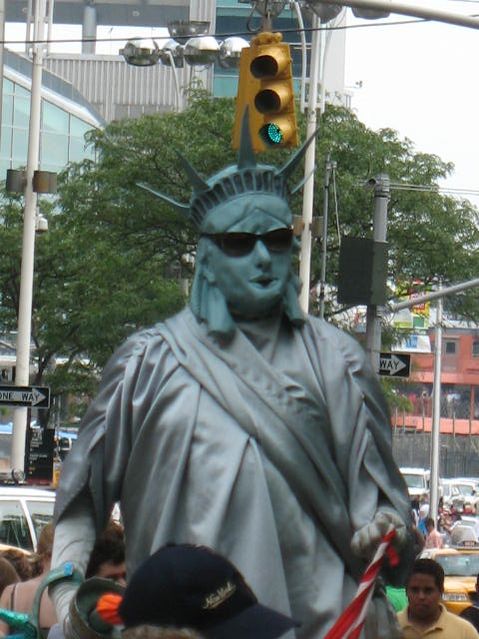 The Feelies somewhere in the trees 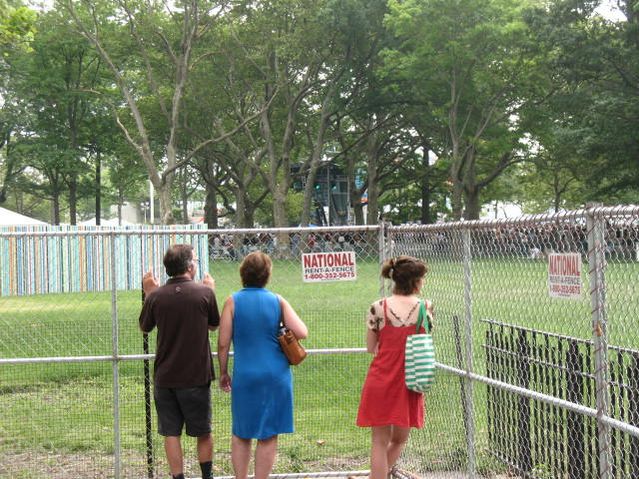 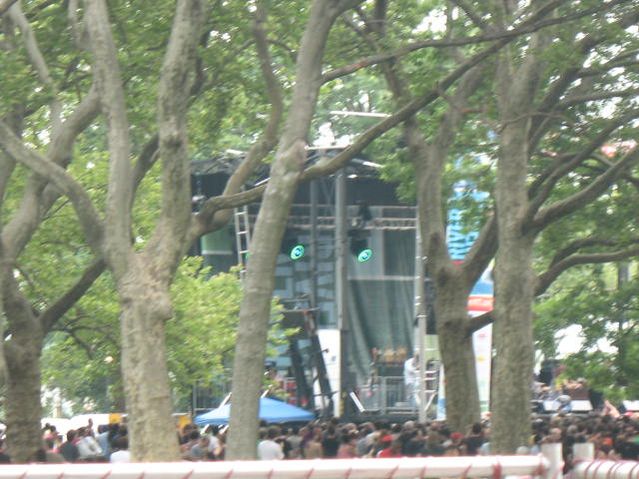 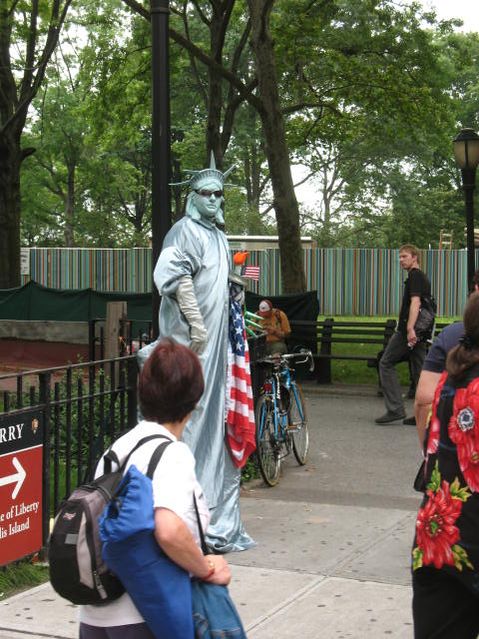 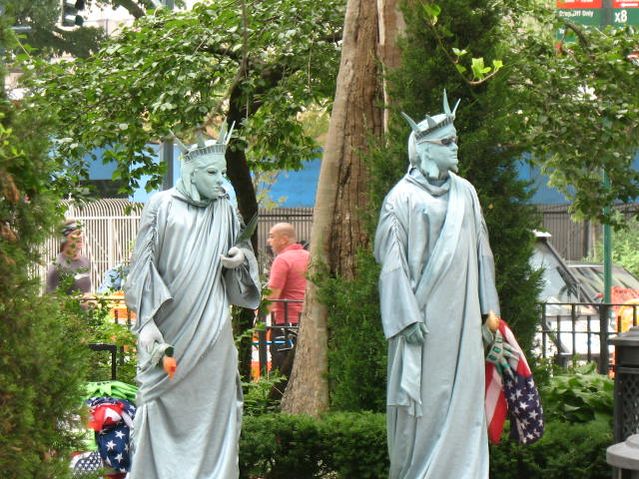 The way in is the way out 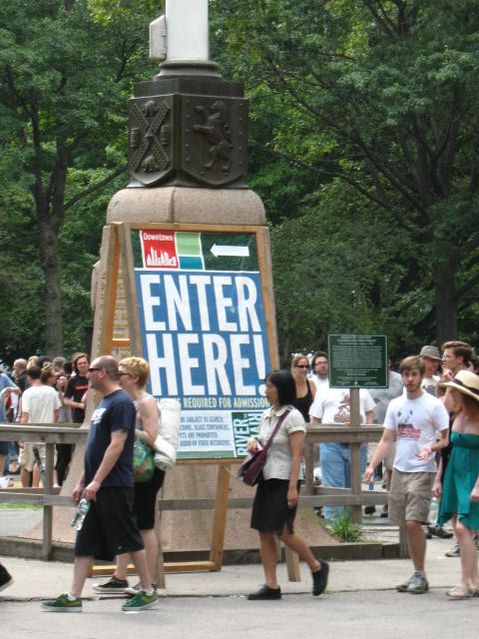 Mennonites at the Path train! 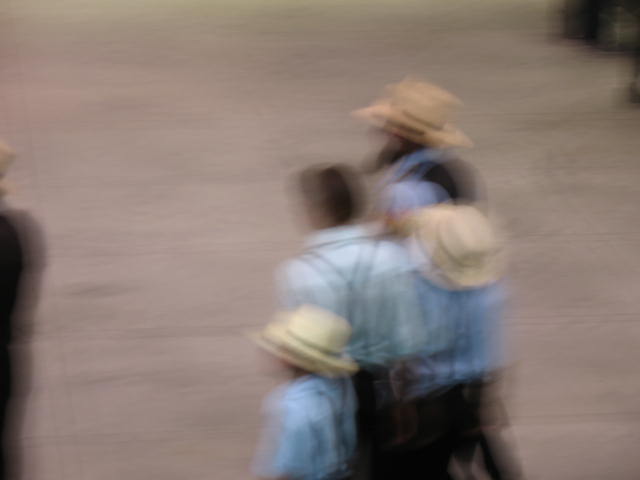 Careful with those fireworks and have a happy Fourth of July!