Writing a little later than usual tonight. Actually went out and did something after work which didn’t involve just going home. No, tonight I had plans to meet Rita for dinner. Apparently she’s just like me, go to work. Go home. Repeat five times a week.

So tonight since she’s off from work Sunday and Monday and I was going to be in the city anyway for work, we decided it would be as good a time as any to meet up for a supper.

But of course, me being me, there’s usually something in the way.

Last night was very quiet. Bill in Stuyvesant Town looking after his mother, me at home watching Where Angels Go Trouble Follows (WAGTF), and I really appreciate all the comments regarding the first movies you all saw for the first time in a theater.

I had no idea that there were so many readers closed off from society when growing up. I mean it was really sad. I don’t know what was sadder, me expecting some responses, (a single response would have been nice not counting Betty who couldn’t figure out how to post after reading the Laughter Yoga link I provided) or no responses at all.

I’m basically a slave to this blog now. It consumes my life, everything I see and experience throughout the day I consider it for this blog. Things were going well, I had comments from four people generally. Not consistently mind you, but feedback means that someone has been reading this. It crushes me when there are no comments at all.

Now that I am coming up on posting 1000 entries, perhaps it’s time I give it up. I’ve proven to myself that I can write at least 500 words a day, but without comments or feedback I feel I am writing to myself, for myself.

I was just hoping for some sort of interaction with the 6 people that sometimes read this. I figured writing about the first movies that people had seen in a theater would be a good way. Boy was I wrong. My sister gets a pass since she’s on vacation without a computer. And because she’s my sister.

Don’t worry, I’m not expecting an avalanche of comments saying ‘ no don’t give it up’, in fact I’m not expecting comments of any sort at all. I will be taking on co-editing another blog soon enough, something that you probably won’t know anything about since I don’t plan on writing about it here.

So anyway, after WAGTF, found myself watching Lawn hors d’oeuvre Criminal Intent which was good but sicked since Bill wasn’t around to watch it with me. Almost got caught up in another episode, but wound up watching a documentary on National Geographic about earthquakes. Very intense.

Then I went to sleep. Woke up at what I thought was 4:00 AM and looked out the window. Was the sun up then? Was I dreaming? It looked foggy and the sun was coming up. I wasn’t sure and went back to sleep.

2 hours later I was awake, it was raining hard out. I shuffled about, wishing I had the day off, but not really since no one is around to share a day off these days. After showering and futzing about, the lights went out in my apartment.

I hoped it was the whole building, or the whole city, but no, it was only my apartment. I didn’t want to have to go to the basement and flick the switch so I did my best with the little sunlight coming in through the windows. After 20 minutes I knew I would have to go downstairs.

Got my shit together with a flashlight and trudged down 5 flights to the cellar and flicked the switch and climbed up 5 flights of steps. Ate my breakfast, finished getting dressed and was soon out the door. Looked in my bag for my umbrella but couldn’t find it so it was up the stairs again and got a back up umbrella.

By that time it mainly stopped raining. I read on the bus, Simon Rich ‘Ant Farm’ on the bus ride in, pretty funny stuff, very short stories. Martha Keavney would like it I think, but who knows what Martha Keavney likes these days? She could be an anthropologist on Mars for all I know.

I read about the New Yorker to do. The cover had Barack Obama dressed as a Muslim and Michelle Obama dressed like Angela Davis. It’s the New Yorker. It’s satirical. They didn’t get it. Obama’s camp upset. McCrazy even weighed in saying it was wrong.

G. Gordon Liddy loved it, saying it was the first time the New Yorker was right about anything. Lot’s of press for the New Yorker including a lot of people who never read it, or heard of it before. Work was busy and that made the day fly by.

I was soon walking across town from Third Avenue to Ninth Avenue, enjoying a Padron and listening to the B-52’s which I had also burned for Rita. Had a good time with Rita at the Film Center Cafe which was showing Marie Antoinette in honor of Bastille Day. The 1940’s version, not the Sofia Coppola version.

After dinner I walked Rita home, sitting outside her building singing a Beatles song. I could have gone up and met her dog Lulu and seen Rita’s boyfriend Jerry, but no, I had to come home and write. I finished the Simon Rich book on the bus ride home. 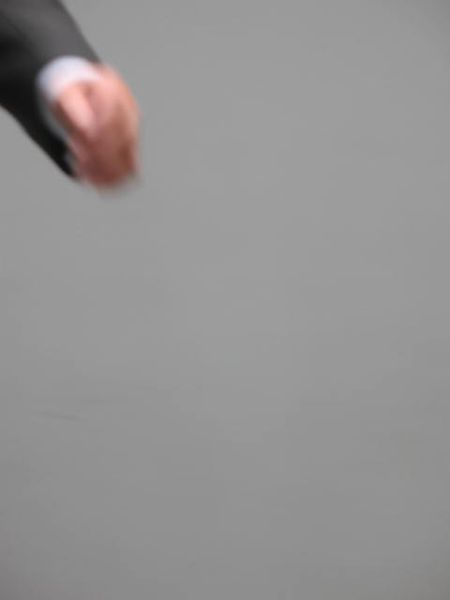 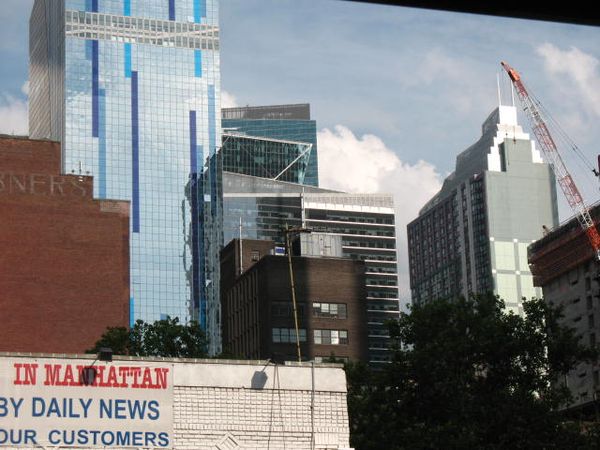 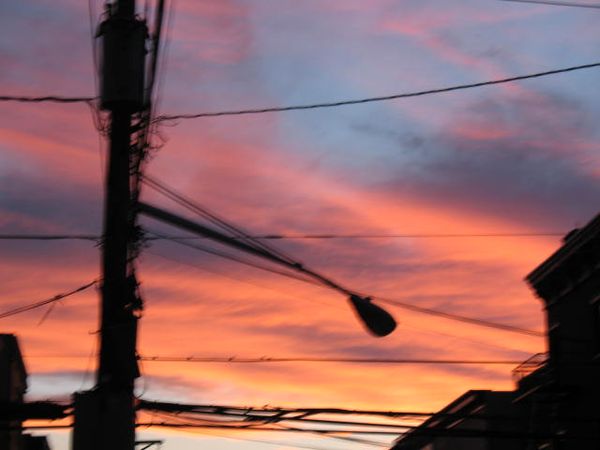