A day off. Didn’t want to back to work with a bunch of people, miserable from a holiday weekend. Plenty of time for that tomorrow. It was an authorized day off, but still an occasional feeling of guilt and apprehension. It passed. Today was a scorcher though and since they’ve been working in the street on the water pipe coming into my building, I had no water.

I did ask Bill to wake me up when he was leaving so that I’d be able to take a shower before they shut off the water. The No Parking sign was posted in front of my building over the weekend and the hours posted were from 8AM to 4PM. That’s when I figured they’d be shutting off the water, but it was actually 11AM.

I did my thing, went out for the papers, fed the birds. Did some work on my computer. The wireless connection kept kicking me off. It was easier than I thought it would be, all I had to do was tighten the antenna on the back of the tower. I was surprised and happy and sweaty.

Last night Juan came over before he headed back to Trenton. We watched Weeds and then watched Buena Vista Social Club, which I hadn’t seen in a few years. Juan had never seen it before. He has the advantage of not needing the subtitles. I explained that I saw it 5 times in the theaters, getting misty at the end with the late Ibrahim Ferrer walking around midtown Manhattan.

I saw it with Annemarie, Julio and Bill on separate occasions and twice on my own. That was when living was cheap in Weehawken and movie going was cheaper, cheap enough to see the same movie 5 times. I think while I was in the throes of Buena Vista Social Club mania, that’s when I started wearing suits.

I explained to Juan that I guess I usually dressed like the musicians I’ve been listening to. Wearing the red, gold and green when I was deep into reggae, and generally indie rock throughout most of my adult life. The musicians from Buena Vista Social Club were generally snazzy dressers, and since that was basically all I listened to for a while that is how I started to dress. Couldn’t get the Cuban cigars though but I prefer Padron cigars from Nicaragua anyhow.

I dragged Julio to a few shows back then when the various members of BVSC were touring in Manhattan. We saw Compay Segundo at Town Hall, Ibrahim Ferrer and Ruben Gonzales at the Beacon Theater and Orlando Cachaito Lopez at BB King’s Nightclub.

Cachaito was originally scheduled to play a sold out show on September 14, 2001, but things being what they were then it rescheduled for a later date and Julio, Bill and I saw the sold out show with about 15 other people in attendance.

Each time I went to those shows, I was dressed to the nines. Julio, jeans and t-shirt, and a terribly loud orange down vest. Go figure.

Juan said he enjoyed BVSC and for me it flew by faster than I remembered. Juan left a little while after that. Now Bill and I have water again, and it’s at the same pressure it was a few months ago which is quite good.

Back to work tomorrow, which according to the weather soothsayers, will be a scorcher again.

Outside my building today 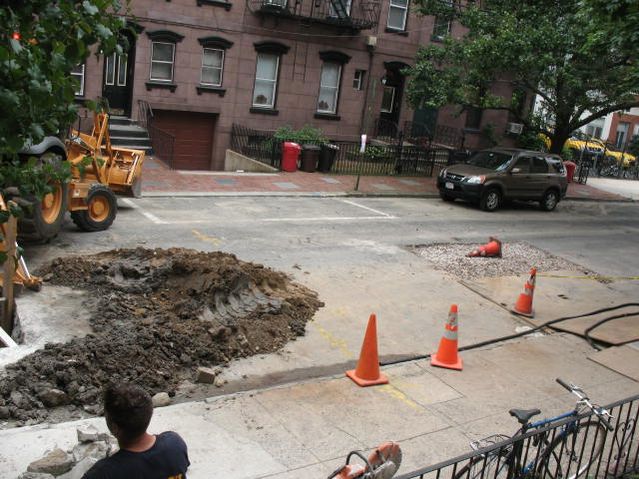 The ditch at the foot of my stoop 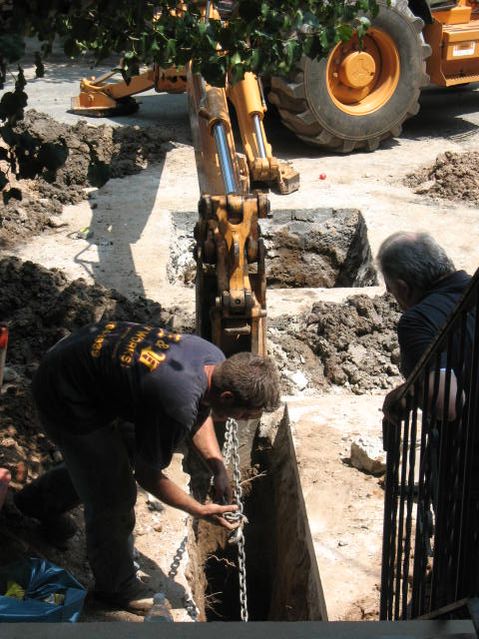 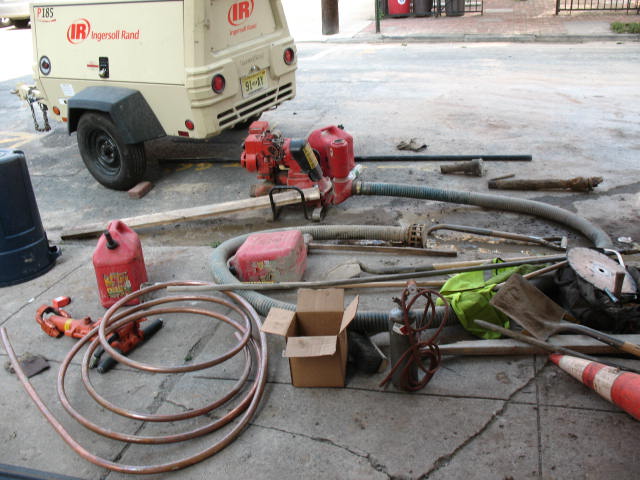 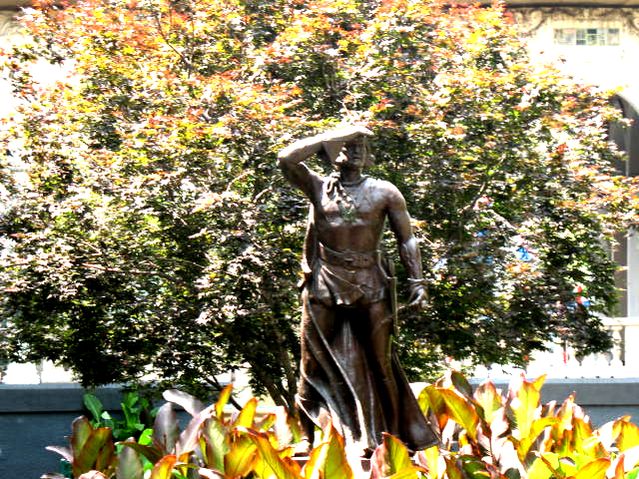