This has been the best Monday in a long time. It started out with me getting up with the alarm clock again, about an hour after Bill left for the day. The goodbye kiss and Bill telling me to have a good day at the beach with Annemarie was a very nice send off. I got up, made some coffee and poured a bowl of cereal and stepped into the shower. After the shower and the cereal and the coffee I was applying sun block that expired last year. I didn’t think anything of it as I checked the emails.

I met Annemarie on the street as she pulled up and after an errand or two we were on the road to Sandy Hook once again. I hadn’t seen Annemarie in a year and since she came in yesterday we talked a few times in the past 24 hours. It was just us two going to the beach, we wanted some time alone, time to catch up. I was fine with that. No music on the way down the shore, just us talking. A short stop at Foodtown on Route 36 and soon we were looking at the majestic ocean.

We asked at the entrance to Gateway National Park if there was a pass we could buy for the week and the park ranger said no. Annemarie mentioned that we would be fine with the daily pass (which went up $5.00 from last year) since she was on vacation from California. The park ranger then waved us through without having to pay which was awfully nice of him. As usual we drove to the farthest beach from everything. Less people basically means easier parking. We unloaded everything and carried it as we strolled towards the sands, finding a spot between life guard stations.

We settled in under an umbrella and ate some food before jumping into the water. It was warmish at first, the temperatures posted were between 75 and 78 degrees which made it very comforting. After that it was more lounging under the umbrella just having a real good time. I told Annemarie that I was a lucky guy. I have got good friends and a loving family and some people do not have that. I am humbled and grateful by my family and my friends. And I am fortunate to have a good friend as well as family in my sister Annemarie.

She really is the best and my favorite sister. It’s safe to say that since Annemarie is my only sister. After a few hours at the beach and another dip in the ocean we headed back to civilization. We drove to Rumson and went to Crazee’s Ice Cream Parlor and enjoyed ice cream cones before jumping onto the Garden State Parkway and then the Turnpike. We had dinner in Hoboken at Mamoun’s Falafel followed by a stroll through Hoboken. Now she is back in Saddle Brook, I am in Hoboken with my loving spouse, Bill. Back to the beach tomorrow! 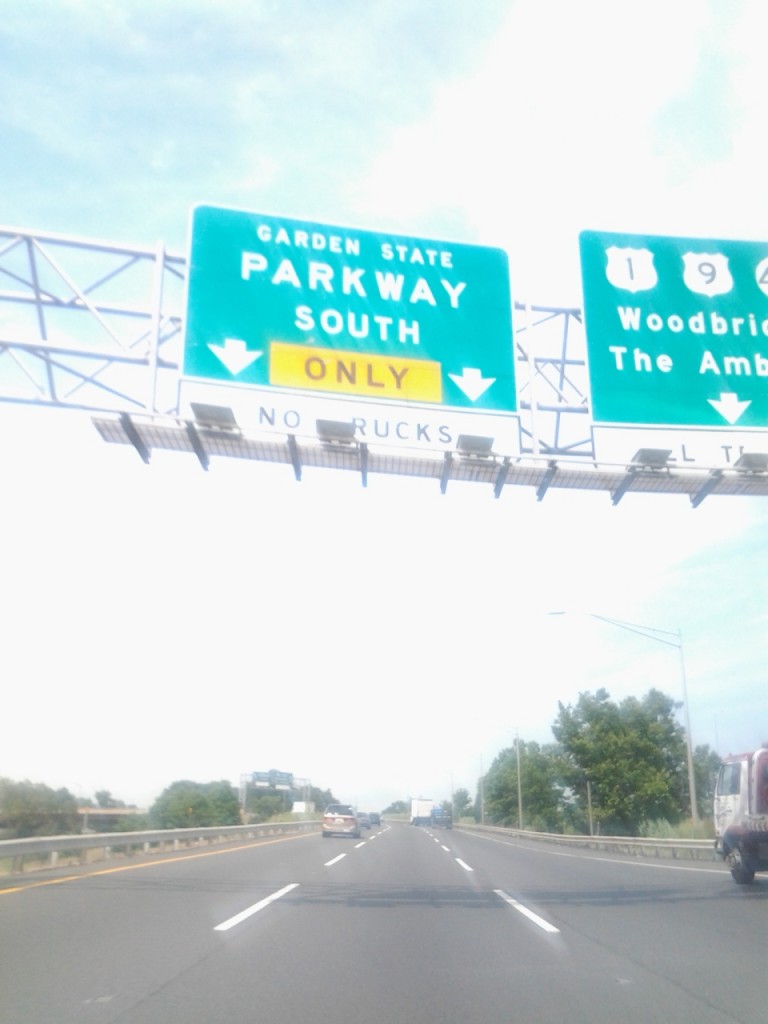 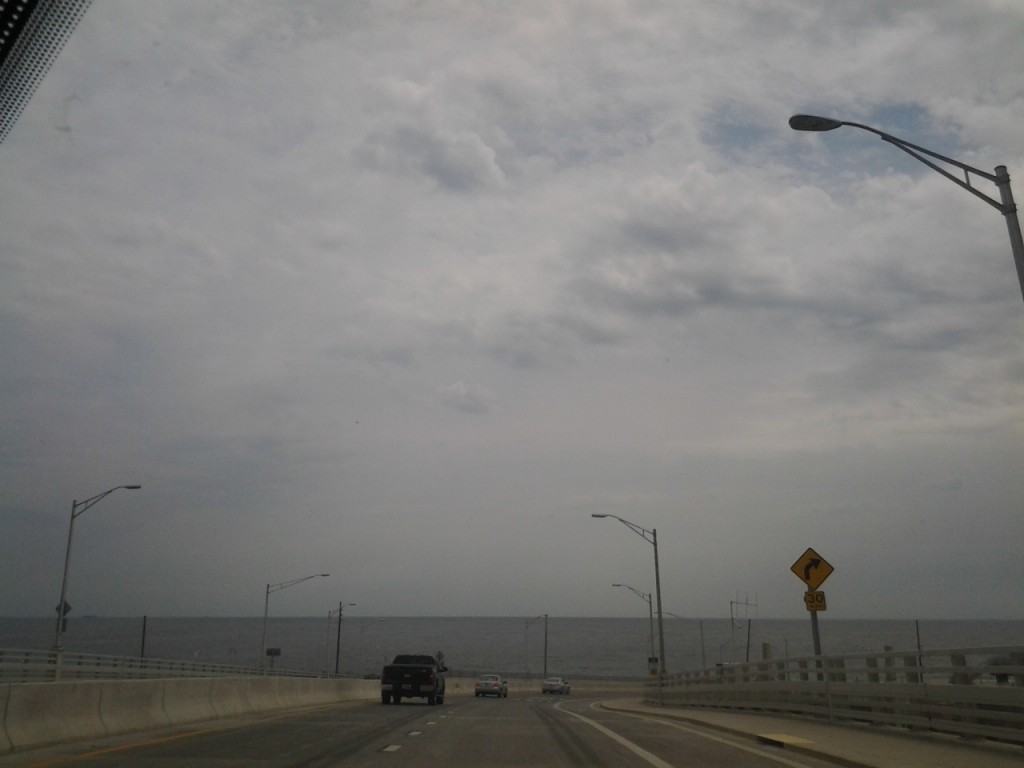 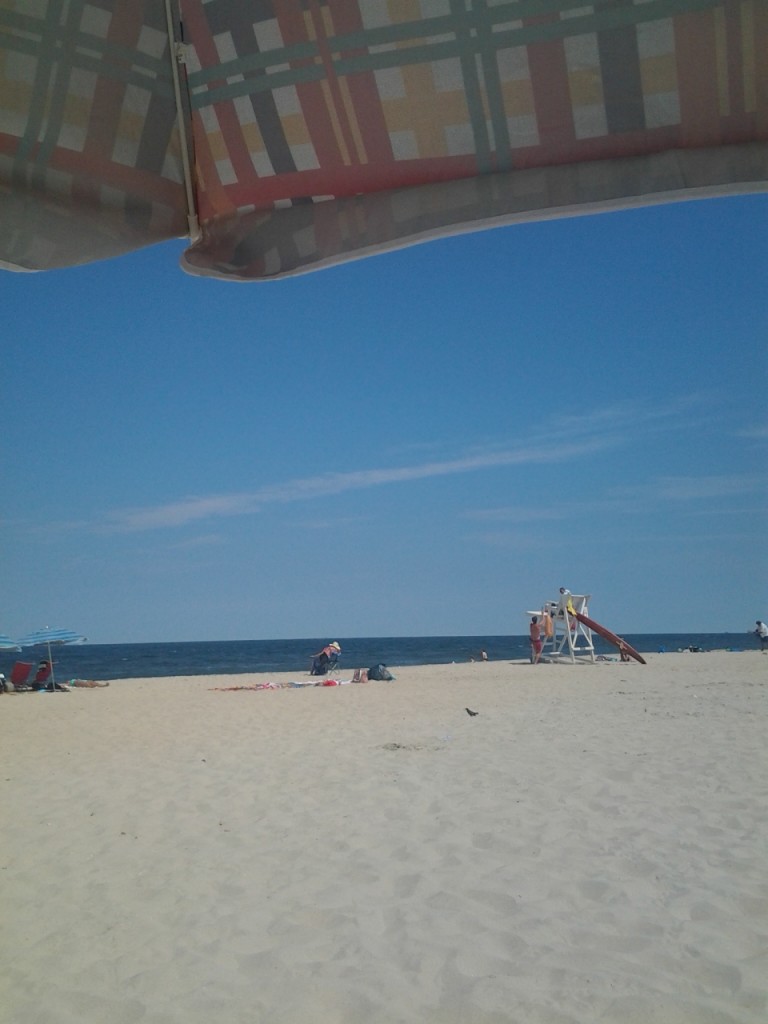 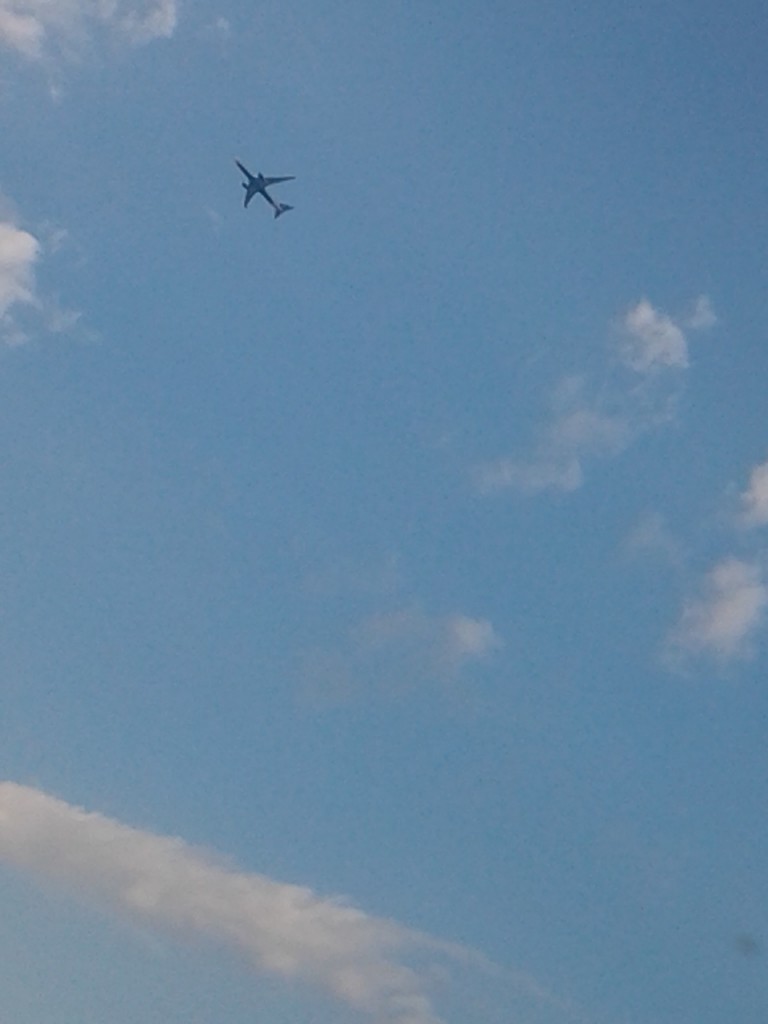 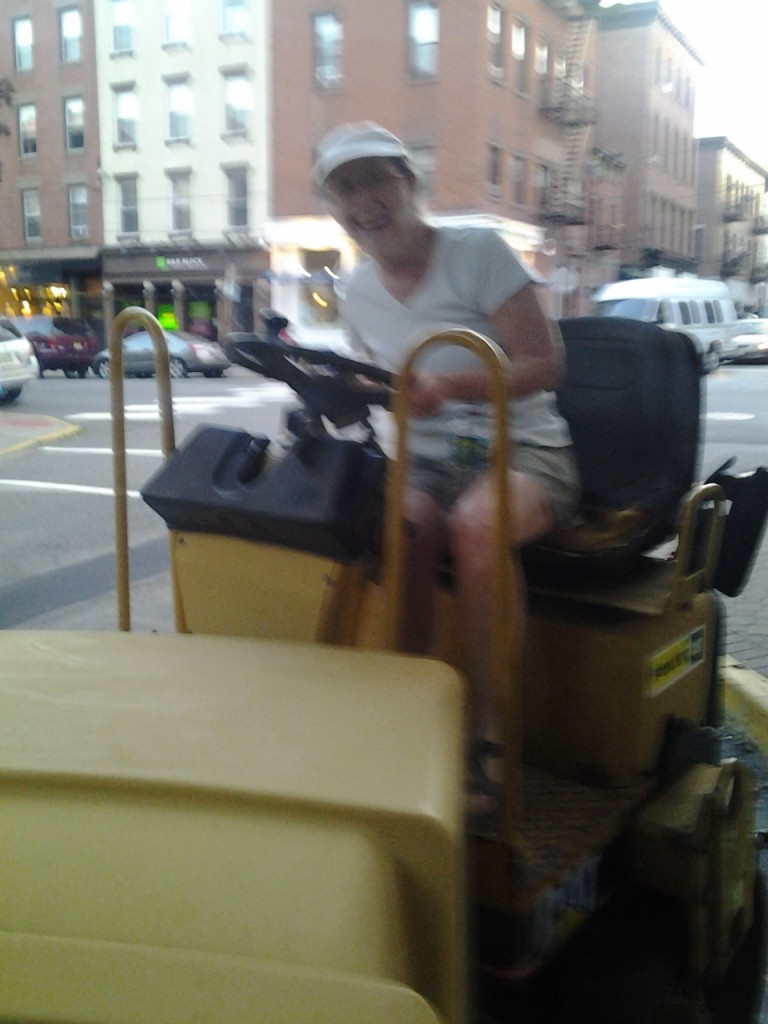 "then she jumped on a Caterpillar bulldozer, causing mayhem in Hoboken...!"