It’s Sunday and it’s hot. Not as hot as yesterday when all I could do is lay around the apartment. I tried to get Juan interested in driving to the mall, just to get out of the house but he wanted to wait a few hours and in those few hours I napped and lost all drive to go anywhere really. I’m sure he was disappointed but thats what happens. I originally suggested the Garden State Plaza, but changed my mind due to the fact that I would be near Hackensack Hospital and couldn’t see myself going up there without stopping by, and it would be rude to introduce Frank to Juan at this point in Frank’s life and it would be rude to ask Juan to sit in the car while I would run up to see Frank, if only for a minute. So that settled that and I wound up going nowhere.

Juan was able to squeeze in a visit before he headed out to a party and Bill came home about ten minutes after Juan left. We watched a Fawlty Towers documentary for a little while before Bill shuffled off to bed and once again I was solo. I was thinking that Julio and Stine would have me by to celebrate Stine’s birthday but that didn’t happen.

I watched something on cable TV about the Star Wars 30th Anniversary convention somewhere in California. Lot’s of adults dressing up like characters, both minor and major from the six Star Wars movies. I could only take so much of that and soon enough I too was in bed sleeping underneath two fans.

Woke up around 7:00AM, after Bill got up first. He was in the shower and I absentmindedly made some coffee for myself. It was hot already as he got ready to go to his church and I tried to figure out what to do with my day. I checked emails, got one from Martha Keavney (hello Martha) who expressed sympathy about Frank’s situation. That was nice. Also heard from Pedro who was of course, worried about how I was dealing with it. He didn’t know when he called and wondered why he hadn’t heard from me, thats when I told him and thats when he became concerned.

I decided to take a bus to Union City and then catch a bus to Hackensack. It was sunny and it was hot as I sat there waiting. I didn’t mind. I was playing the Beatles and that made the world a little bit sweeter for me. I regretted not bringing a book about the Beatles sessions for Frank. It’s concise and well written and I know he’d like it. His wife took the iPod mini home so it wouldn’t be stolen but it would be cool to listen to the music and read about how it was created in the studio.

Frank is definitely speaking better and today his fever was gone. There is still the cardiologist/thoracic surgeon tussle which is a whole ‘nother ball of wax. But he’s walking without difficulty, albeit slower than usual. I told him how lucky he was, since various friends have found out about Frank’s stroke, they’ve been telling me about this friend or that family member who had several strokes, or one massive stroke that involved major brain surgery. Elaine agreed that he’s dodged a bullet. I was there for a couple of hours, headed back on the 163 to Union City. Got off at the Post Office and walked down Palisades Avenue to 17th Street where I walked down the viaduct into Hoboken.

Low blood sugar caused some blues and I wasn’t expecting Bill to be home so early but there he was which for me, was disconcerting. I wanted to be alone and he was here. He put Frank in his church’s prayers which was incredibly nice. Here he is doing something like that (yes, I’m still an atheist) and I just wanted to be alone. I ate, he napped, then I walked out to the river and sat on a bench reading and listening to Rufus Wainwright’s Release the Stars, which I’m still not really feeling oddly enough. Maybe it’s just not odd enough. I do have to burn a copy for Annemarie though. Maybe she’ll get me into it. 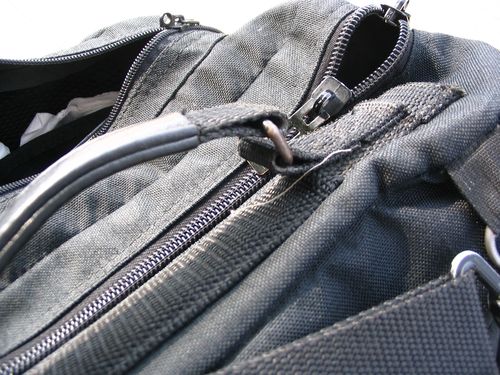 waiting for a bus 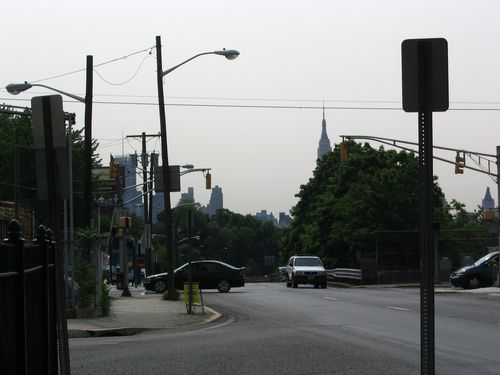 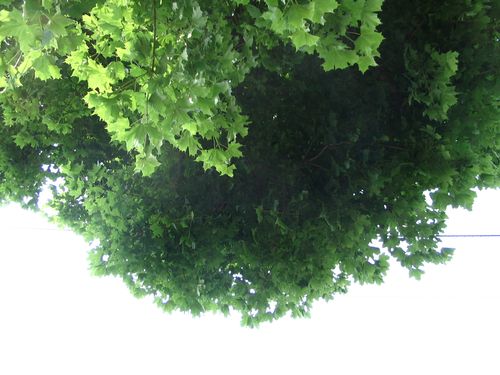 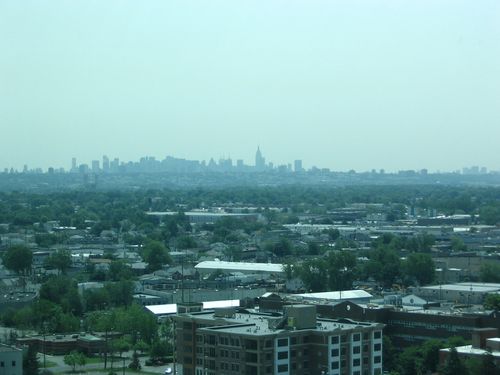 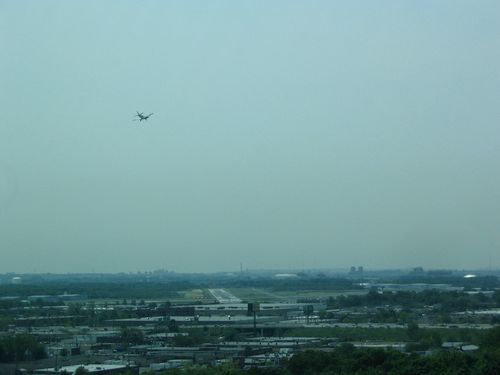 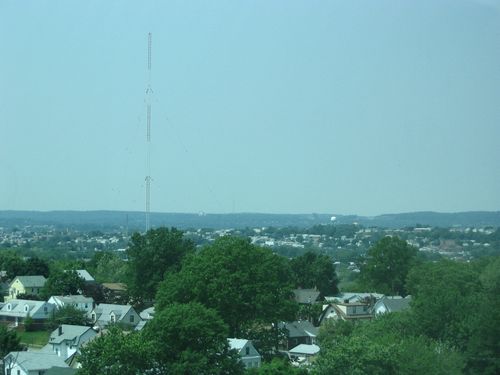 The view from Union City 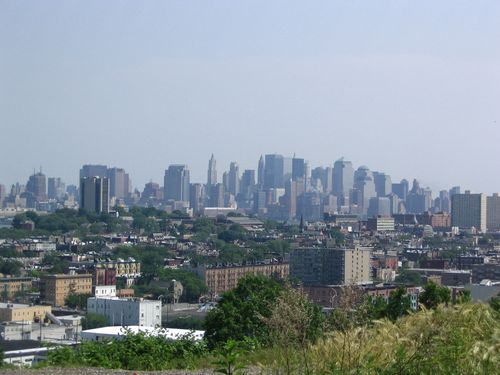