Ahhh Saturday. Last night watched TV, nothing in particular. Some Law and Order, watched a bit of Thank You For Smoking which was very funny and then Bill Maher. Bill came home around 7:00 and went right to bed, thinking he was going to take a nap, he wound up sleeping like fifteen hours. It was good to have him home, at least it was good to have that familiar lump in the bed. Bill’s been very supportive the past couple of days, at least via chatting online or over the phone. Spoke with Julio last night who I saw on Thursday briefly and he invited me over.

But then he was called to his workplace to figure out something for his powerbook. He said he was going to call but never did. I didn’t have a problem with that, since I was just as happy as chilling out by myself, listening to Bill snore in the bedroom. I also had the latest Mojo and Uncut Magazines as well as the 40th Anniversary edition of Rolling Stone and back to being a week behind on the New Yorker. I was content. Julio had experienced a couple of my meltdowns in the past so he knew what had happened though not what caused it to happen. I’m still trying to figure that out.

One possible explanation could be that today is the anniversary of my mother’s passing. Not a happy anniversary and of course it’s Mother’s Day weekend, which is when she dies. On Mother’s Day. Perhaps I haven’t gotten as far away from that as I thought. On a nice note, Frank did tell me that his wife, Elaine cleaned up the cemetery plot of my parents. I had enough sense to send an email to her thanking her for it on Thursday. That was awfully nice of her to do.

Today I woke up pretty much well rested. I did do laundry yesterday so my day was relatively carefree which was definitely needed. I went out and got bagels and the papers for myself, had a nice breakfast. Bill stirred and watched some of Today in New York. I had coffee and checked emails, and finally was able to play Arcade Fire and enjoy it. Unfortunately while I was playing Crown of Love, Bill decided to surprise me with an electric toothbrush thisclose to my ear. He was playing around like he is prone to do, but I guess my reaction showed that he shouldn’t have done that and apologized.

Soon he went off to his vocal classes, leaving me to think of something to do and I already had a bicycle ride in mind. I got out the bike after some stretches and rode over to the elevator to Union City where I rode up Palisade Avenue to Braddock Park in North Bergen. I called Julio who usually has work to do on his properties in West New York. He was surprised I was riding and I agreed after all I had drank last night. He asked what I had to drink and I told him diet 7Up and then water, since he never called me up for a pint.

I did run into him just north of Braddock Park where he was getting a window pane repaired. We talked about what happened the other night and then I rode up to the George Washington Bridge. The southern walkway was closed which is the walkway I was most used to. I had to ride the northern part which was totally nerve wracking since I do have a terrible unease about this bridge in particular. I survived while surreptitiously taking pictures on my bike as I pedaled along. Camera use is prohibited on the bridge since 9/11.

I rode down the Manhattan side, found the tree I usually sit under after crossing the bridge was fenced off. Some slight adjustment on the bike path, mainly for the better. I rode down to 59th Street and got a sandwich and headed into the park. I sat by the Rumsey Playfield where they put on Summerstage and hoped to see Sarah Chalke from scrubs who was there this morning for a woman’s health event they showed on Today in New York. She wasn’t there and I ate my sandwich before riding over to the skate circle.

Some of the usual characters were there, still a bit cool and early in the season for the big turnouts they usually get during the summer. Still it was fun. Saw some adorable children try to dance to the beats that the excellent DJ was spinning like Vanity 6 and Prince’s Erotic City which surprised me by knowing all the words after not hearing it for such a long time. The drunken percussionists a few feet away from me added to the fun. Soon it was time for me to go and head back to NJ. I rode down to the World Trade Center Path train and got off at Exchange Place, riding into Hoboken after doing approximately 34 miles.

Now I’m a zombie with legs of lead. 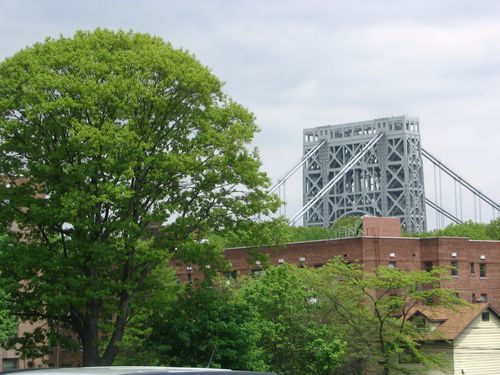 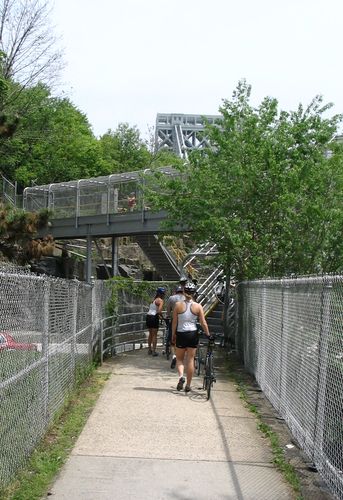 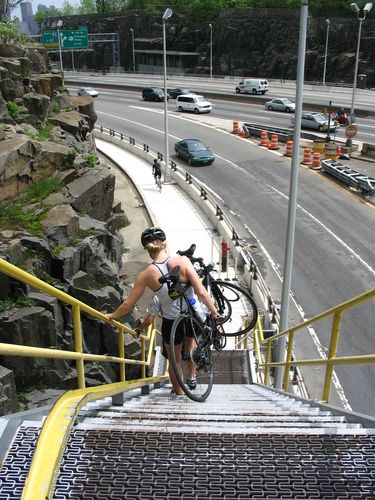 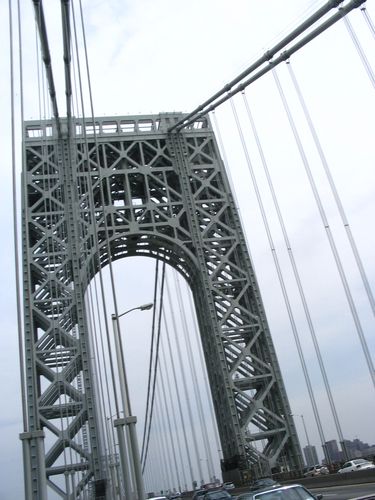 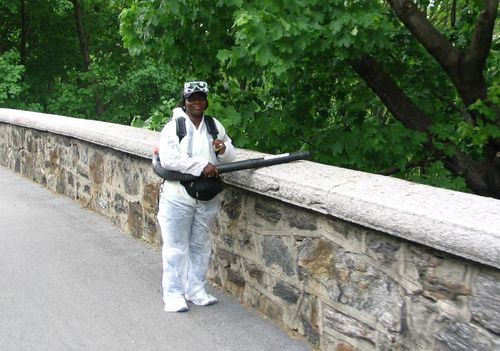 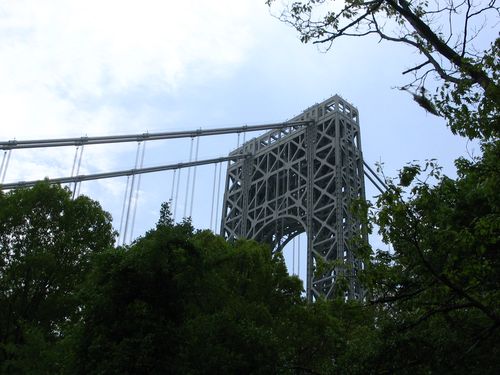 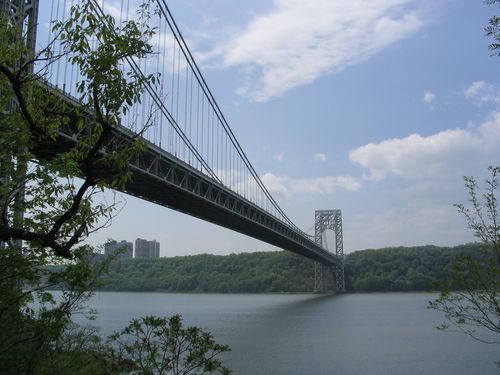 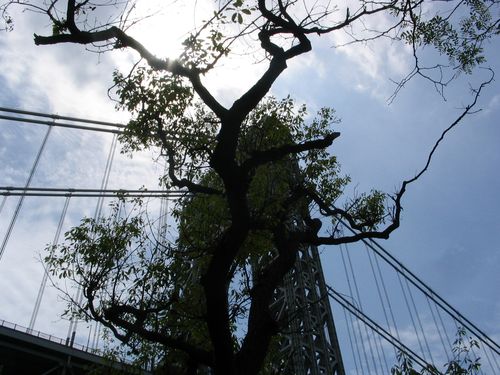 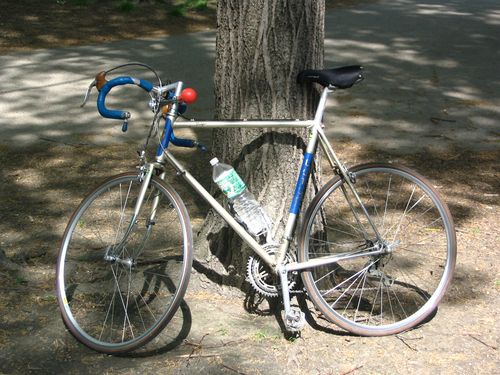 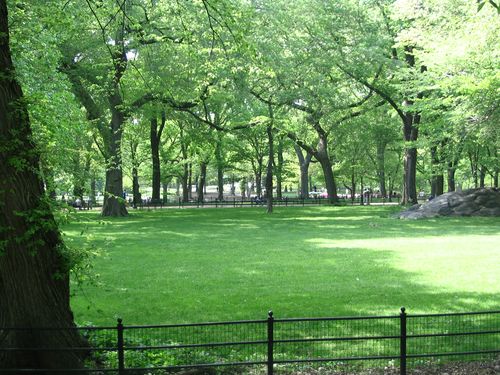