Woke up at a decent time today, not the god awful 6AM mind you. 8:30. Not too late, nor too early. Just right. Got the papers, some bagels and set about doing nothing in particular. Some laundry, some coffee, watched the morning shows. Logged into gay.com and was inundated by requests. I held off.

Bill came back to NYC safely, and after telling me about all the fun he had, went to take a nap. I walked around Bokeyland, went to the post office to drop off the Netflix which reminds me I have to update the queue. Did that. Didn’t really enjoy the Dick Cavett show and after two volumes, cancelled the third.

Took some snapshots of Pier A in Hoboken. Not many people out despite the fact that it’s President’s Day. I remember reading somewhere that Abraham Lincoln had a rather high pitched voice. A high pitched ‘Four Score and Seven Years Ago’ doesn’t really have the same somber feel to it as I was led to believe by the photos and five dollar bills that crossed my path. It’s entirely possible though.

Did George Washington have wooden teeth? Did he lie? Was he a hemp farmer? These have all been answered somewhere before, and here they are again: No. Maybe. He could’ve farmed the hemp for rope for that is what we’re told it was used for then. No, really.

Bill naps, Julio works, I sit at a keyboard writing random sentences in a railroad apartment in Hoboken. An old episode of ER plays behind me, George Clooney era. That’s when it was most interesting for me. Bill was awoken from his nap by Philip Beansprout who asks if we can have our session an hour earlier. Fine with me, fine with Bill, that makes Philip Beansprout a happy counselor.

I’ve done my chores and the laundry is drying. I am bored. I won’t inflict my boredom on you, though you might say that it’s too late since you are bored as well.
I walked around listening to Station to Station by good ol’ Dave Bowie. Really a great record that I didn’t care much for when it came out. Now I find it indispensable. Perhaps a desert island disc.

Another Cowsill is dead. This time William, known as Bill. Barry Cowsill was found December 28, a victim of Hurricane Katrina. Bill died in Canada, of emphysema, osteoporosis and a few other ailments. Not a good year for the Cowsills.

Also Laurel Hester, former Detective in Ocean County died after her battle with cancer and the freeholders of that county.

Bill woke up from his nap and we got it together to go to the counseling session. I started the topic this week which went all over the chart. This is why it’s good to have a therapist, someone who listens and asks you to explain yourself. I had to explain my torn feelings about the open relationship. Also Bill brought up that I had gone out on Thursday and was actually able to meet someone and have a conversation with them. The week before I mentioned how that never happens. Never say never I suppose. It went well, the session did. Looking forward to next week I think. We’ll see what happens between then and now.
I don’t know how I did this or else I would undo it, but the link to Laurel Hester’s story is the last paragraph, starting with ‘Bill woke up from his nap’.

In the meantime, I’m keepin’ it gully. 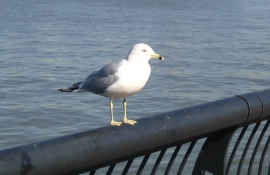