Did not sleep well last night. I tried, woke up at 3 thinking it was 6. Not a good way to sleep. Tossing and turning and when I finally fell asleep it was time to wake up and go to work. And what fun that turned out to be. The sheer stupidity of some people is overwhelming sometimes. But I was able to escape once or twice and run some errands so that wasn’t so bad but all the day did was drag.

The Ipod healed itself somehow. From Friday night to Saturday morning all it did was reload from my home pc. Took about 8 hours to move 6000 plus tracks from one thing to another. I know, it wasn’t worth the drama, but I’ve been called a drama queen before and if the tiara fits…

Bill and I recovered from the counseling last night. Sufficiently so that we are planning a visit to Washington DC around Easter to visit my dear friend Billie. I knew Billie through Jet. Sisters 3 we were. Kate, Tasha and Cindy. Now Kate is gone and has been replaced by Judy. So Cindy and Judy hope to spend some egg rolling time in DC with Tasha. Of course it’s all up to Tasha if she is ready.

Bill has never met Billie so that should be interesting. Protective older sister he/she is. I enjoy visiting Chocolate City. It’s a place where I can let my hair down and actually dance. I look forward to dancing with Bill and Billie, that is, if we go out. It all depends if Billie is on top of Tasha’s game, health wise.

Been listening to Laraaji’s ‘Day’s of Radiance’ produced by Brian Eno and is part of Eno’s Ambient series, making it ‘Ambient 3’. It is really soothing and up and something else. Multi layered zithers. Walked to work listening to that on the Ipod.

Odd thing about the Ipod: One of the last albums I played on the Ipod was ‘Sandinista’ by the Clash. Though everything seems to be running ok now, I am hesitant to play it for fear that it might happen again. And if it happens again, no big deal, there’s always the mini. It was weird for me to use the Ipod, I felt like I was thrown back a couple of months into 2005. I am so attached, or addicted to the Ipod, even feeling smug and superior when I see an Ipod not as sleek as mine.

That’s so not me. I am generally humbled and get humbled around most friends and family so ego is not a problem here. More like the lack of ego.

Now I am playing the ‘Rain Song’ by Led Zeppelin. The memory of this now is driving to Sandy Hook in the summer of 2005. Annemarie at the wheel, me being co-pilot as usual, and Earl and Stine (now Mrs. Julio Lopez) sitting placidly in the back seat. It was a rainy weekday, spent most of the time checking the weather reports. I was determined to have a good time.

And I played the ‘Rain Song’ as well as other rain themed songs, like ‘Rain’ by the Fabs. It seemed to work, we had a pretty good day at the beach, which was relatively empty from the distant clouds.

And here are some pics from way back when: 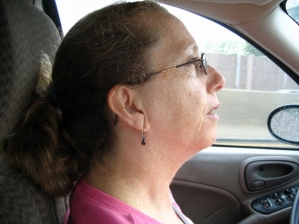 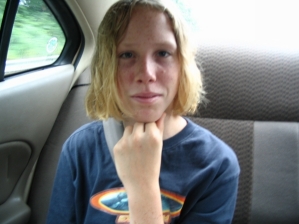 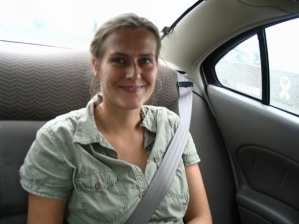 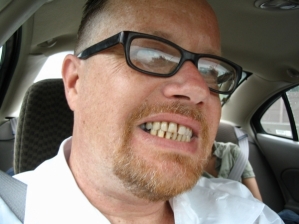