Well I was going to attempt something thinking I had the time to do so, but now it seems unlikely so I won’t. Oh well. I guess later. Can’t forget the Bill texting/laptop thing this morning. Or the gay events that the cigar shack has planned.

That was from the other day. Never got around to writing the rest, made up something else instead. The Bill texting/laptop thing was a bit of an annoyance. Bill texted me three times that morning, telling me he forgot his laptop and could I bring it into the city, to his office. Normally I would not have minded, but I had the volume down on my phone so I didn’t get the texts until I was on the street headed to the bus stop.

So for me it was climbing up four flights of stairs in my suit & tie to get the laptop. Bill was annoyed and worried since he didn’t hear from me until just then. Of course I didn’t mind, and hoped he would have at least called, I would have heard the phone vibrate. It was a minor thing and I did meet up with Bill at the bus terminal where I made the handoff and a kiss farewell, Bill off to his office and me off to the cigar shack.

It was brought up at the cigar shack that I should spearhead a connection to gay cigar smokers. So it’s been planned that at the end of the onth I will be going to the Eagle on Cigar NIght, handing out cards and letting the guys know there is a gay friendly spot in midtown where they can meet up before going out for the evening and enjoy a cigar and each other’s company.

How it will go over, I can’t say. I suppose I will find out at the end of the month. I luckily have the day off the next day so I might be able to enjoy myself somewhat. Then again it won’t be an all night affair since the bloody Eagle is so damn far away from any modes of transportation. We’ll see how that all turns out, won’t we?

Today at the cigar shack, it was Bradley & Jerry Vale and myself. Not a bad group though Bradley was quite moody for the first half. Methinks the xanax wore off and he was back to his ‘normal’ self. He gave me one of his Xanax a while back and it was like an industrial sized horse pill. I write this not knowing whether or not it’s true, it is mere speculation.

A half hour left for me tonight and another day tomorrow. And tomorrow’s cast will be me & Jerry Vale and little miss bourgeois herself, Thomas. That’s what I figured out this morning, Thomas is so bourgeois. It’s not a word I use often, if at all, but if the label fits, use it girl! So there won’t be any post tomorrow and I am off on Monday so that makes me somewhat happy. Just have to make it there. 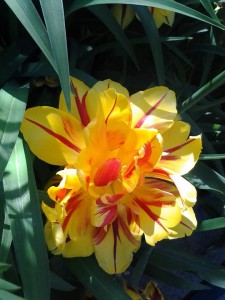 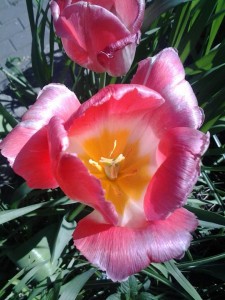