I did the smart thing today. I took a Xanax before coming in. I knew I was working with Bradley and Thomas and Bradley is becoming more and more human lately whereas Thomas has been getting on my wick. I didn’t need any stress and Thomas has been the typhoid Mary of stress lately. He’s also a shark.

I knew that from the beginning when he came on board at the cigar shack and he’s been tolerable with regards to that. But today, he swiped two customers from me, unknowingly he claimed but still the deed was done. I helped out a customer and took a second to make sure I had the correct item to write up. By that time, the customer was at the register being rung up by Thomas under Thomas name. The customer was so kind as to thank me personally for helping him, in front of Thomas, but it did not seem to register.

Then just a few minutes agoo, a customer walked in, me chatting with him, headed to the humidor when Thomas strikes up a conversation about Ralph Lauren and proceeds to escort the customer into the humidor. I threw my hands up in exasperation and decided I would sit the rest of the time that Thomas would be working, away from Thomas, and sit in the man cave.

He’s a dick, he’s a shark, he’s an only child, he’s Thomas. And if I have to listen to the pearls of wisdom that fall from his lips regarding South Park or Family Guy I might just lose it. Whatever ‘it’ is, it maybe lost. He alsomtold me how he wasn’t looking forward to tomorrow. Tomorrow is the day I had off but switched so he could have off with his family. I told him at least he wasn’t working, and he replied, ‘Oh yeah. Thanks for switching.’

Brian Eno is singing how he would come running to tie my shoes which is a sweet sentiment. I would run to Bill to tie his shoes and I know he would do the same for me. The last 17 minutes on a Saturday in a holiday weekend truly makes this area like a cemetery.

I did have two online friends from a cigar group come in. Joseph and David, up from Delaware to visit the auto show at the Javits Center. Big burly guys, and quite nice. We’ve chatted online a few times and made the arrangements. A handsome couple they are.

Familiarity does breed contempt and I am quite familiar with these guys.

Tomorrow is Easter, and here is my Easter joke.

Easter is when Jesus emerges from his tomb and if he sees his shadow it’s six more weeks of lent.

It’s my joke, a joke a made years ago. Happy Spring! 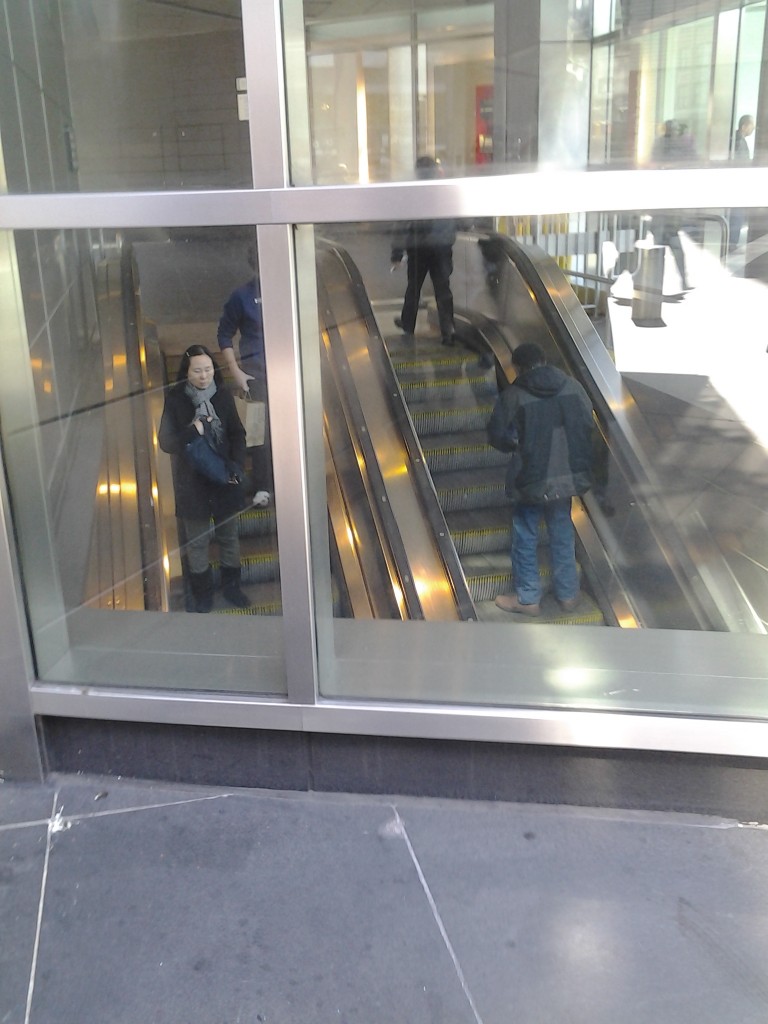 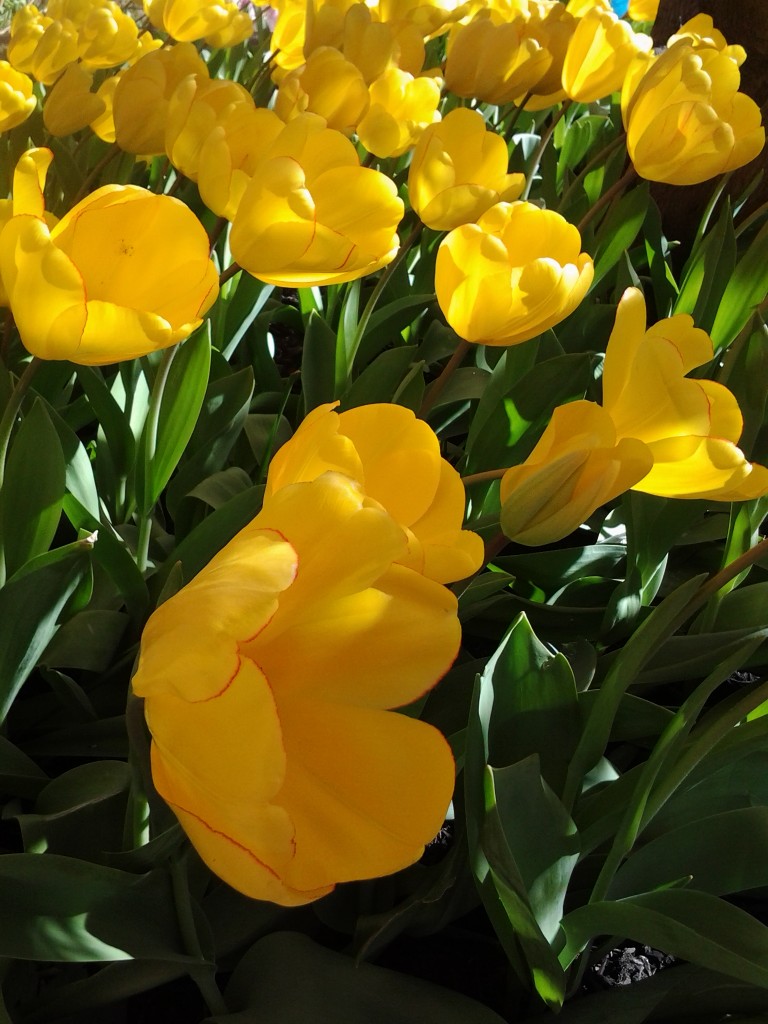 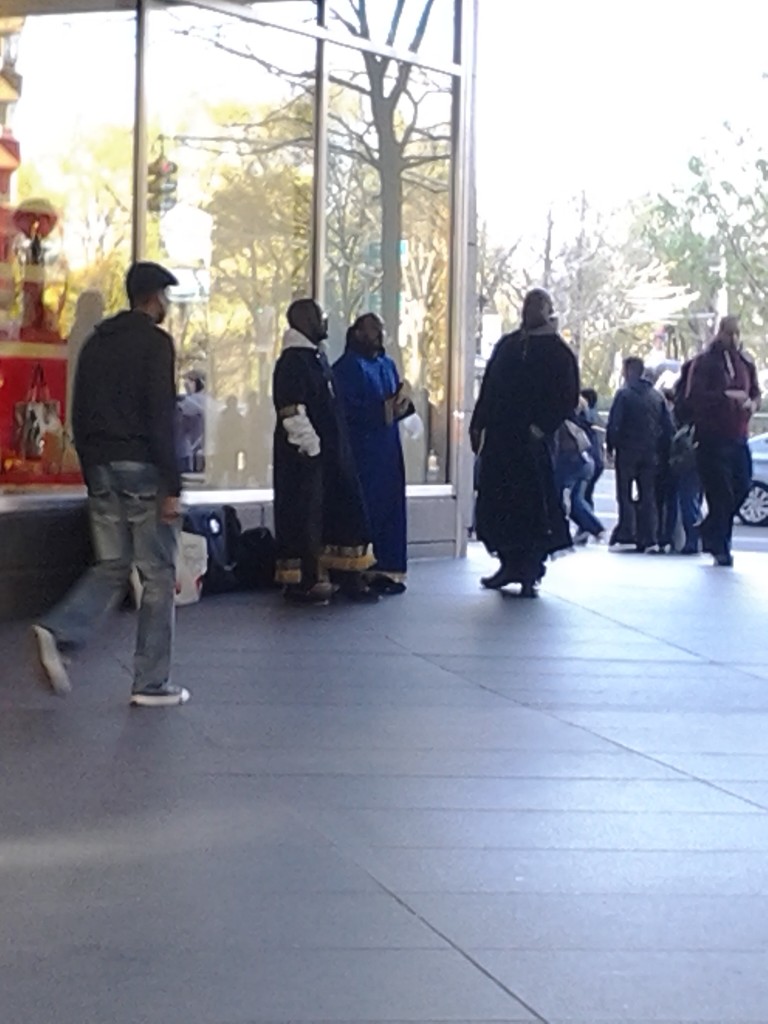 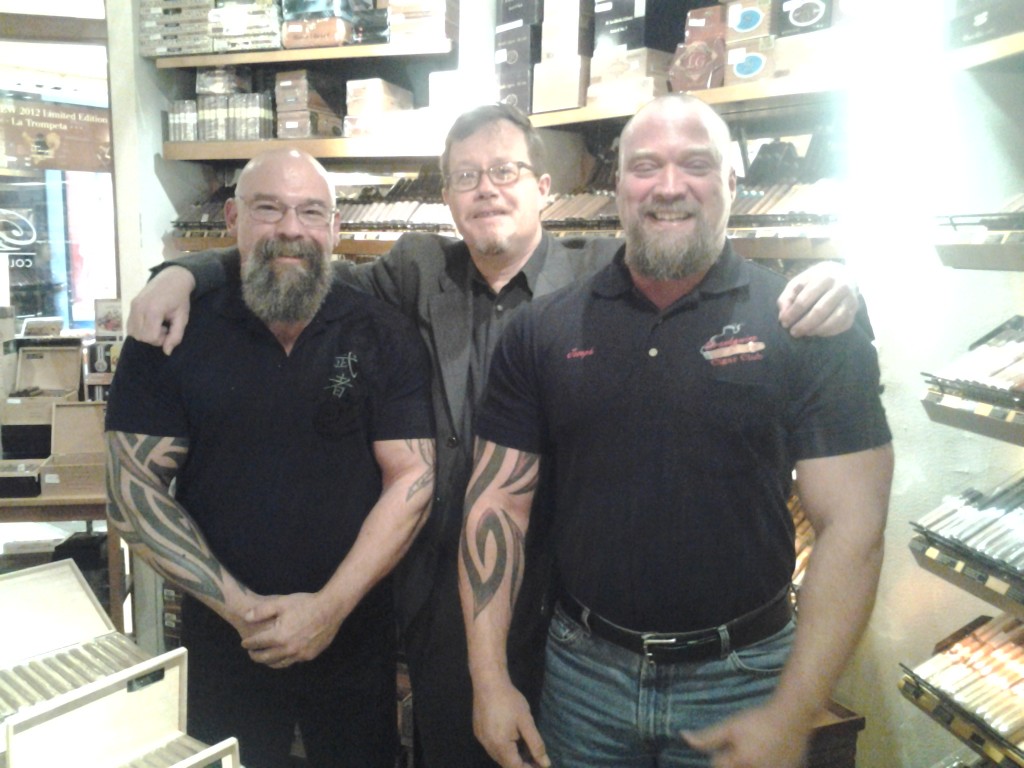 Cigarmen David & Joseph with me in between