And it was back to the cigar shack for me today. The previous 48 hours were quite good, though of course Tuesday definitely paled in comparison to Monday. The alarm clock came to life at the usual time, I couldn’t tell you what song was playing when it went off, and that might be because I woke up before it went off and was in the shower at the time.

After making coffee and having cereal I was dressed (in the same suit that I wore to the ill fated meeting yesterday) and checking email. Nothing coming in, I contacted the people I met with yesterday and asked them to return something that was mine. They offered to scan it and send it but I insisted on the original document.

Perhaps that was the burning of a bridge but as the hours go further from the meeting I couldn’t help but wonder what it was that did me in. They had my papers, and when they asked me about my past previous to the paperwork, telling them about my work in the music business and People magazine might have put the kibosh on it since you know, working in music and publishing is so glamorous and both industries are nearly extinct.

The line that ‘I would be bored after 15 minutes’ of joining their team shows that they basically forget or did not read the CV and had glazed eyes once they heard about my music business/publishing experience. I think they were actually letting me down easy. Perhaps the brass ring was not so close to my grasp as I had originally thought, though the rejection was one of the nicer rejections I’d ever had.

The cigar shack was humming along as it usually does, three full timers on with Calvin playing the role of manager. Tonight was a dinner that had been planned about a month and a half and the tickets were not selling. The staff duly contacted the clients and not many were forthcoming with cash in hand.

Calvin pressured us to contact the clients as second time and so we did, with not much of a different result. The fact is that a lot of people don’t have the disposable income for dinner followed by cigars. That’s a concept that Calvin would rather not hear especially since most of his clients have deep pockets, but not enough of them came forwards looking for food and a smoke.

So that made Calvin a bit bitter today, saying that we were under performing. That was abjectly false but it’s his house so what he says goes. A lot of the day was everyone trying to stay out of Calvin’s way with the exception of Bradley, who owned the idea of dinner and cigars tonight. I busied myself off the floor today, taking in stock and organizing the back stock so that kept me out of the watch of Sauron’s eye.

Some other nonsense was mentioned that I heard about through a third party, some disappointment on Calvin’s behalf that Thomas and I were not attending the dinner and smoke out after work, but we are closing the store and it seems a bit hypocritical for all parties to attend such an event, especially if we were under performing in ticket sales.

It’s just that no one has the money, that’s about it. I didn’t think it would be a good idea after cultivating clients to hound them into buying tickets to an event that they were not at all interested in attending. It’s not easy being so far ahead of the curve.

Music business crippled, publishing on it’s knees, Financial world in tatters. Am I the kiss of death or what?

Despite all that silly speculation, whenever my hearts sinks, it soars when I think of Bill. He’s a good man and I told him today my life is full with him in it. He’s at rehearsal once again and probably won’t be home until later. I look forward to giving hm a great big hug and kiss, for he is my man. 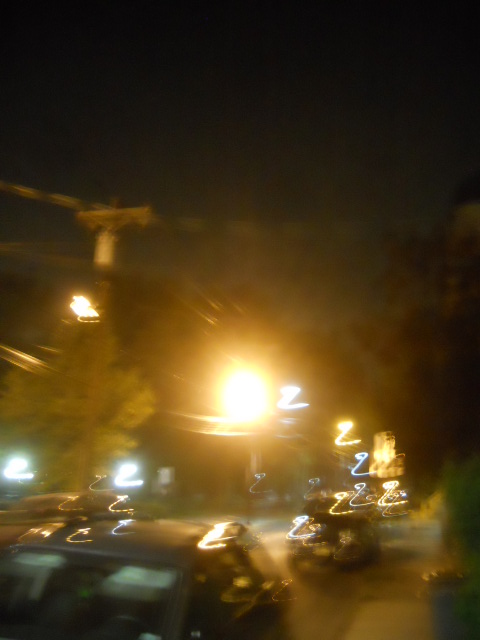