Well today’s the day I’ve been waiting for. Tonight’s the night. The Specials at Terminal 5. Never had a chance to see the original lineup 30 years ago.

Now technically it’s not the Specials since founding member Jerry Dammers has not been asked to join the group. Jerry who directed and wrote most of their songs did not want a Specials reunion to be a nostalgia trip.

Jerry’s songs 30 years ago were topical, dealing with nuclear war, Margaret Thatcher and Racism and Jerry had hoped to continue moving in that direction with the band. The band decided not to go that way and decided to go the nostalgia route.

I’m of two minds on this.

I definitely agree with Jerry Dammers, but I have never seen most of the Specials live and this is my opportunity. They’re also scheduled for a free show at Summerstage on August 22 this summer but I found that out after I bought my ticket. Ideally, I would love it if Jerry Dammers Spatial AKA Orchestra would make it to the states, but it seems unlikely.

I’m excited and I’m anxious for tonight. So much so that I almost didn’t leave the apartment at all today. I did eventually head out and it was beautiful. Sat by the river and read the paper and enjoyed a cigar.
Tonight at Terminal 5 I’m meeting two friends , Miriam and Susan.

I saw a version of the Specials in the 1990’s with Miriam and Susan at Roseland I think. No Terry Hall in the band, just a roomful of guys singing as close to the adenoidal tones as possible to recreate Terry Hall’s style. I doubt if Susan or Miriam remember each other. They’re arriving separately and hopefully I can get a ride home or to the Path train from one of them.

I even remember the day I bought the Specials first album. More specifically I remember being at the Bergen mall in 1979, waiting for the #44 bus headed home with three albums in the bag from Korvettes. The Pretenders first album, Whole Wide World by Wreckless Eric and the Specials fist album.

A little old lady asked me about the music and I don’t remember what I told her. I was more familiar with Wreckless Eric and the Pretenders than I was with the Specials but all three were usually in heavy rotation on WPIX-FM.

And the Specials with their political views, fighting racism, demanding equality and fairness definitely struck a chord with me.

Oddly enough, I didn’t even see the Specials when they were on Saturday Night Live for some reason.

Tonight I am wearing a close approximation of a 2 Tone Rude Boy suit. I’m wearing my Phat Farm suit which has moved from business wear to rock and roll wear due to wear and tear. I also have a thin Ben Sherman tie with tiny Vespa scooters on it and more than likely will be wearing white socks.

But dudes- I’ve been wanting to do this for 30 bloody years.

Dark clouds are moving in so I’m hoping it won’t be too bad going in. Or let it rain now and get it over with.

Chaz’ pal Andy went last night and he said the band went on around 9:30. No opening act just a DJ which is fine. Andy said the people were super excited. Actually Andy wrote the crowd was absolutely apeshit.

Which will probably sum up how I will be feeling in a few hours. 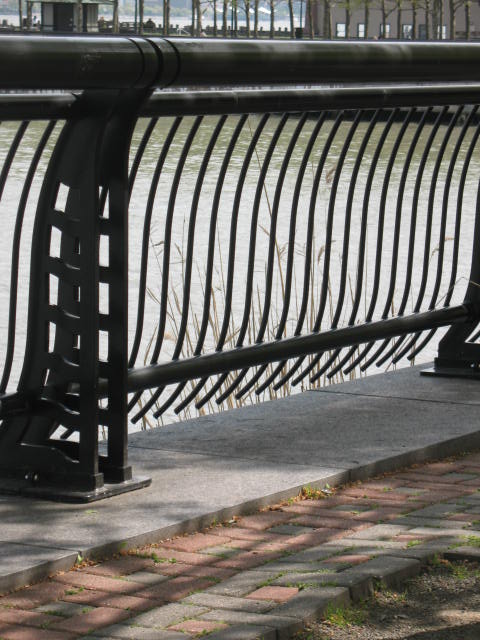