Editrix Harpy called last night with some more suggestions that I don’t recall at the moment. Maybe a bagel will jog my memory. Nope. It ain’t happenin’. It’s awfully hot out. 87 degrees and thick as hummus once again. It’s gross out. Hardly anyone on the street. Shade is a commodity outside. Inside too. I suppose I’m in my man cave. It’s relatively dark and musky. No wait, not THAT man cave, I mean the apartment. It’s usually nice with a cross ventilation going on but not right now. It’s a warm breeze that flows through, which is better than no breeze.

I made my errands early before it started scorching and I decided to head over to Governor’s Island to see the ‘In the Pocket’ series, featuring a Bhangra vs. Reggae Inna Sound Clash planned to meet Carla the receptionist and her friend Millie. It was supposed to start at 1:00 so I decided not to do the laundry until later so I could leave the apartment around 11:45. I didn’t know whether or not to take a bus or the train so I made my mind up when I got to Washington Street and went for the bus. Air conditioned and less people.

On the 126 to Manhattan. Going to Governor’s Island to see the Sound Clash that Carla has been talking about. She went to see Camera Obscura last night at the South Street Seaport, and I begged off, because of the pissy mood I was in yesterday, not feeling better until about an hour or so after I wrote last night’s blogarama. Never been to Governor’s Island before so it seems out of the ordinary, not out of the way.

Saw Ally Politkowski riding a bike on Washington Street not wearing a helmet and sweating profusely. We mainly chatted about Steve Fallon. Ally goes down to Rehoboth to visit Steve and Arnold from time to time. Ally is now working for the Associated Press. He’s a nice guy, but I don’t think he’s a writer, or creative like that. I don’t mean that as an insult. He’s a sweetheart.

Got a phone call from Pedro inviting me up to Otisville. Why does he wait until the last minute to invite me? I mentioned next weekend, since I already had plans. Next weekend is Labor Day weekend so that might work though Pedro is not so sure if it will. He’s trying to get as much overtime as possible.

Also got a phone call from Julio who was talking about going to the beach, having loaded up his trunk with beach equipment. When I heard that I was all set to jump off the bus. But I knew deep down that it was too late to go to the beach. It was after 12 noon and most of the beaches would be crazy crowded by the time we would get there. Tomorrow is up in the air, hopefully like a Frisbee.

Saw two children with lousy parents or guardians on the train this afternoon. One kid got hit in the neck accidentally by his one eyed, toothless guardian who told the kid to watch were he was going. The other kid was a few minutes later who was standing up until his father put him down really hard on the train seat making the kid cry. One of the kid’s brothers was trying to calm him down, but the boys teenage mother told her to let him cry, he only wants attention. The little kid just sat there after he was all cried out giving his father the death stare. I just hope these boys don’t wind up in the New York Post. 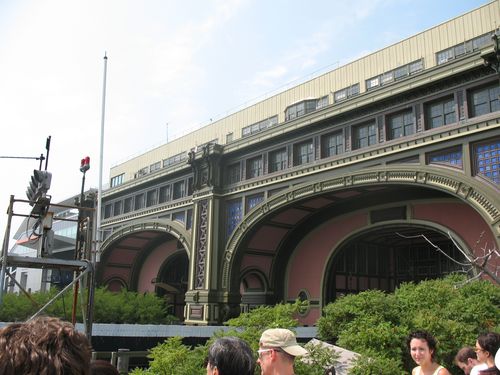 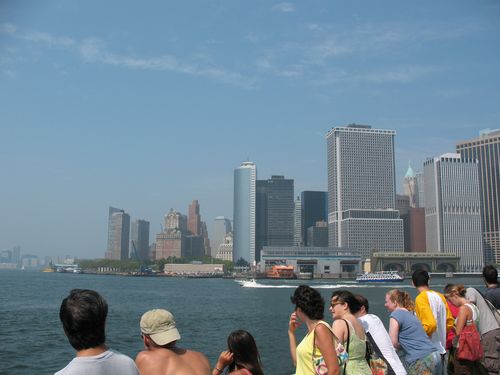 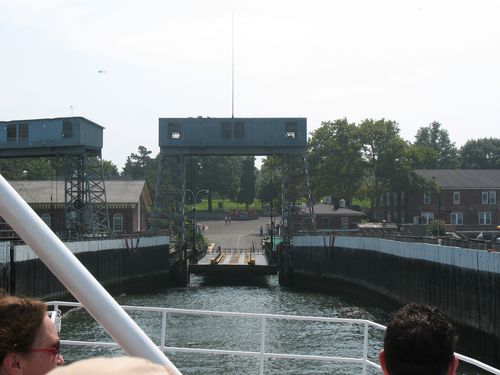 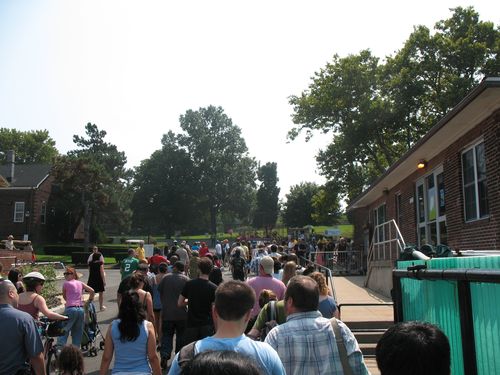 A walk a way 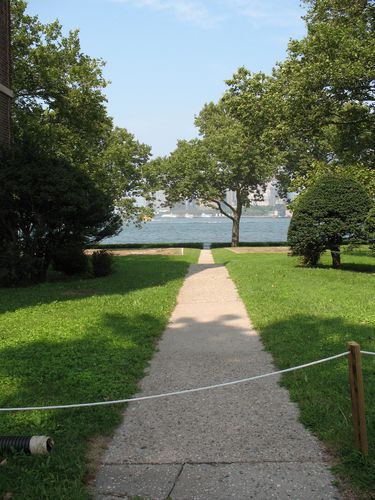 Girl on stilts with her Dad 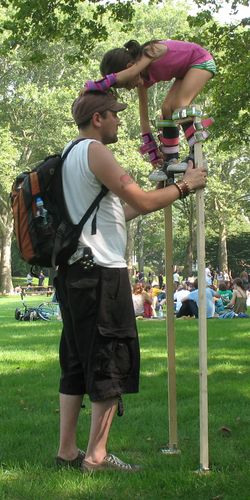 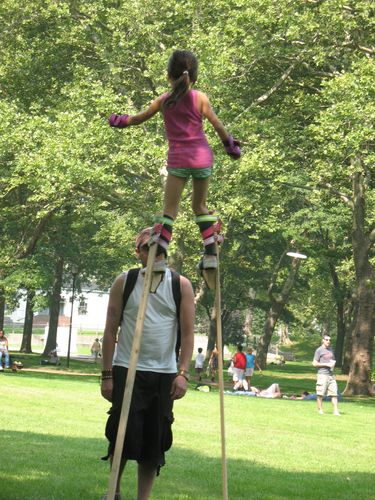 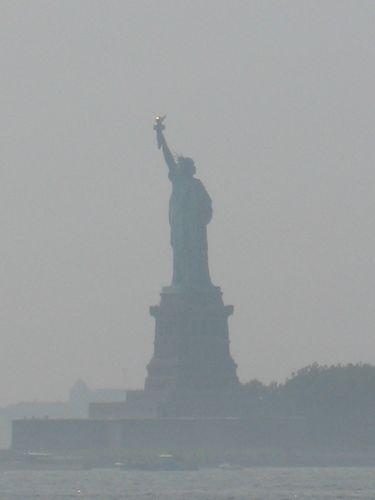 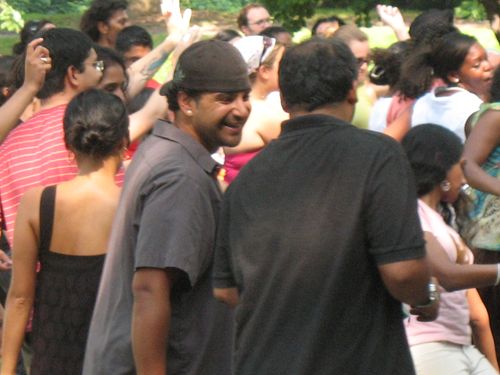 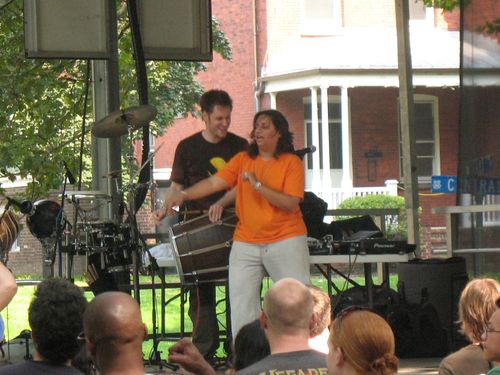 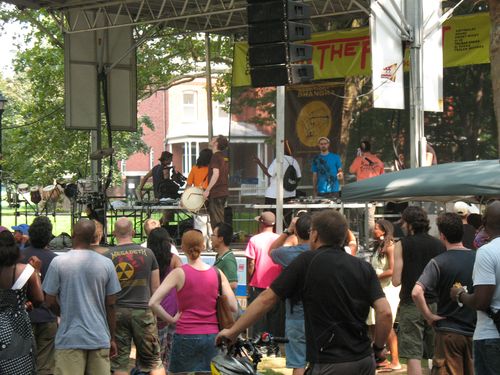 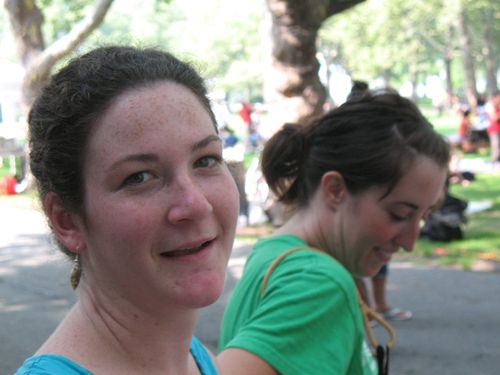 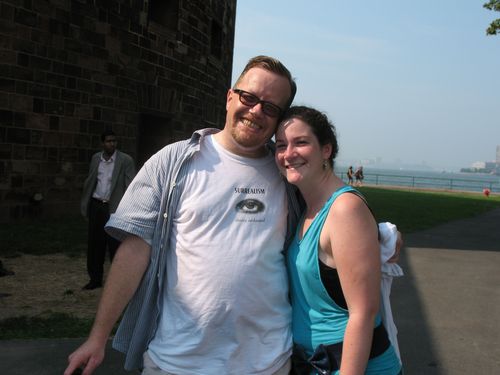 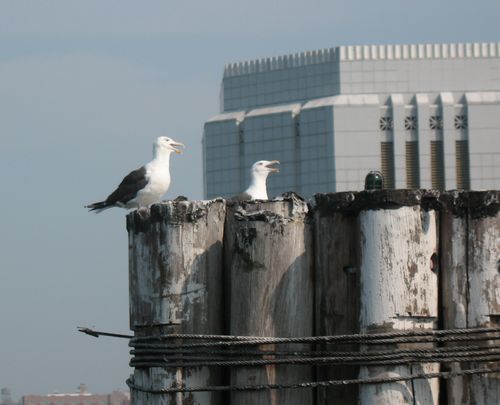