Wednesday. Blasé boring and passe. Not complaining though. Not at all. Last night was pretty mellow. I was reading the Joe My God blog. He’s under attack from the right wing Christians who were appalled by Joe’s writing about the serviceman who was denied a funeral service in Arlington,Texas because he was gay. It made almost all the gay blogs, though not this one. But the right wing Christians are calling for Joe’s blog to be shut down and that Joe should be arrested. He didn’t do or write anything wrong or profane, just the fact ma’am. And they want his blood. That had me fired up. Bill came home as I was reading this, and since he is a Christian, brought up in an evangelical church, I asked his opinion on this. It started out as a dialog which turned into a monologue. It was informative and rambling and after all that I forgot what the original subject was, which goes to show you how far we strayed from the initial topic at hand.

We watched Weeds which of course was quite good and funny and edgy. Oh that Mary Louise Parker, can she get any more harebrained? I’m sure she could. Bill turned in and I watched In The Life the gay PBS show. Loved it of course. Gets me all fired up and makes me feel so gay and proud which is a good thing to be.

I neglected to mention that I ran into dear sweet Martha Keavney last week when I was heading to Madison Square Garden to see the non-WNBA basketball game. She was looking good and it was great to see her again. She asked about brother Frank’s health and I gave her the details. We made some quick small talk, she mentioned that she has a new comic book coming out. (can’t wait) Though it won’t be badly drawn, I am excited to see what she has up her sleeve. Really, I can’t wait.

Today the office was so quiet. Just Greg Stevens, myself, Carla the receptionist, one of the directors and Curly playing the role of solo stooge. I did very little at work today. I wish there was a project that I could work on, something to pass the time. I know, I know, careful what you wish for. I think I might be developing Münchhausen Syndrome, only instead of a child, I’m thinking about endangering the office, and showing how worthwhile it is to have me around when I save their asses. But how can I endanger them? I was thinking hallucinogenic mushrooms baked into something, but I’d rather keep those for a special occasion. And for those who are actually wondering, no I wouldn’t really do that. I am kidding. Really I am. Ask anyone who knows me. They will tell you that I would only give the mushrooms to people I really like, and who has done them before.

This is what the world looked like when I woke up this morning. 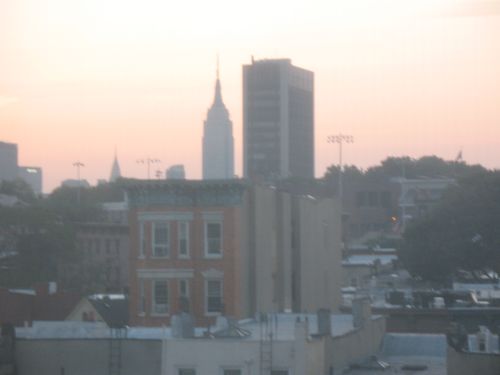 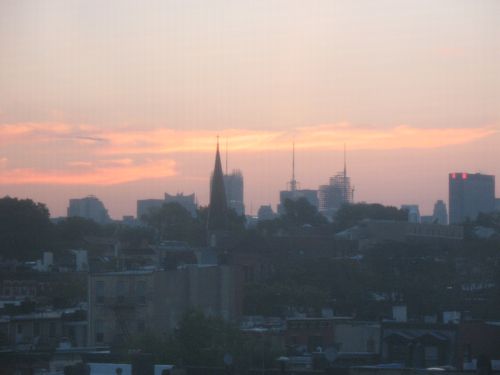 And a clip has surfaced via You Tube of course. This one oddly proves DICK Cheney to be right about somethings. Very interesting. Unfortunately it’s from 1994.

Here’s DICK Cheney explaining why we should not invade Iraq.