Felt like taking a nap, but didn’t. Ate dinner instead. Some pesto,chicken and penne which is my old stand by. Works for me. Cook the chicken one day and it’s good for at least 3 meals later in the week.

Last night or rather this morning, my cannabis free dreams involved 2 people from McSwells, Louie who in the dream was tending bar at the Elysian Cafe. He burned a couple of bridges in real life and is basically persona non grata to a few people. Me? I’m a loyalist. He did something nasty to a friend of mine and when I heard about it, cut all communication with him.

But there he was in the dream, behind the bar and behaving much like he used to all those years ago. Then in a related dream perhaps was Steve Fallon’s sister Mary. In the dream she was working at S. Sullivan’s, a bar at 6th and Washington. I’ve walked by S. Sullivan’s 8 million times but never went in.

I know how it is to be in a sibling’s shadow but I adapted and made my own light. It would have been nice to have spent more time with her then, but I guess I will just have to settle for dreams.

Then there was a dream about my nephew Earl, who was playing at SOB’s nightclub in Soho. I was getting ready to go when I woke up so I have no idea how it went. Perhaps tonight I’ll be reading the reviews in the next installment of my cannabis free dreams.

Yesterday in NJ The state senate moved along a bill to vote on same sex marriage in this Garden State. Hopefully my friends and family will do the right thing, take a minute and call their state senators and voice their support for the civil right of marriage, for me and Bill. Strange that no one commented or sent word to me regarding this. I guess I do have strange friends and relatives overall.

Once again I find myself dialing members of my state senate. Most of them (Bateman, Beck, Kean, Kean Jr.) are voting NO, though Bateman’s staffer is for our marriage rights, her daughter works for LGBT organizations in NJ. Madden and Turner are unknown and Sacco’s phone seems to be off the hook. So I sent Sacco an email telling him to get his phone fixed, and not to worry about the bill, the voters will pay for it.

Call one or all of these undecided Senators now:
Christopher Bateman – (908) 526-3600
Jennifer Beck – (732) 933-1591
Sean Kean – (732) 974-0400
Thomas Kean, Jr. – (908) 232-3673
Fred Madden – (856) 232-6700
Nicholas Sacco – (201) 295-0200
Shirley Turner – (609) 530-3277
Call these Senators today and let them know you’re depending on them to put human rights above politics. Let them know that civil unions represent an outdated separate-but-equal mindset. Let them know that marriage should be an equal right for all.
This is a civil rights issue that transcends partisan lines, so every Senator needs to be called.
I called about 15 state senators within the past 24 hours voicing my support and urging them to do the same. Most of them were voting no, or had voted no on pushing the bill to a vote on Thursday. I do hope these friends and relatives realize that if they were in the same position as Bill and I find ourselves, I would sure as hell vote for their civil rights.

But that’s me and I can’t expect people to rock the boat especially if they might have a fear of water.

Last night I visited Hoboken411 which is usually a fun and interesting website to visit. Apparently I pissed off whomever Hoboken411 (Perry) is. He usually leans to the right and that’s usually easily overlooked.

Yesterday one of his ‘pals’, Murph posted a few shots of the present Mayor, Dawn Zimmer next to some photos of various apes. The shots were of Zimmer, photographed mid-speech so her facial expressions were a bit weird.

True, the same thing was done to George Bush, but to Dawn Zimmer’s credit, she was elected fair and square and did not subvert the Constitution to illegally invade a country nor did she do the other heinous things that Dubya was involved with.

I made a comment that it seemed unfair since he was basically saying that Dawn Zimmer is a monkey and unsexy. I mentioned that since he never posted pictures of previous Mayors Dave Roberts and Peter Cammarano, probably because he thought they were sexy.

Oh that must have upset the thin skinned Hoboken411. My comment didn’t make the cut even though it was well within his posting rules. He also deleted a few other comments from other people, but they probably didn’t question his sexuality. To even be thought of as gay is bad, you see.

Because probably in Hoboken411’s tiny world, even the suggestion of being gay is a horrible thing to consider. I also remarked and thanked him for reminding me why I don’t visit Hoboken411 every day like I used to.

He also doubts global warming, calling it a scam. I should have realized it earlier but I’m always willing to give the benefit of the doubt, and in his case, I thought he might have been cool.

Only this guy sits in his home, dog at his feet and an ear to the police scanner. Maybe he wants to be the Rupert Murdoch of the Hoboken blog scene,, so anti-Dawn Zimmer he appears to be, actually is.

The only comments that don’t get posted here are spam, and I’m no chicken shit. But I’ll probably keep this Perry’s blog in the blogroll, if only to remind myself, how not to run a blog.

And here’s some photographs of my stroll around Hoboken this afternoon. 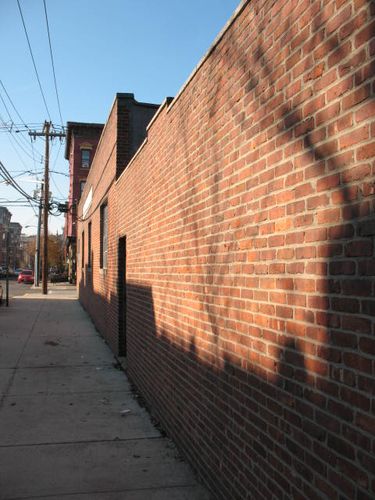 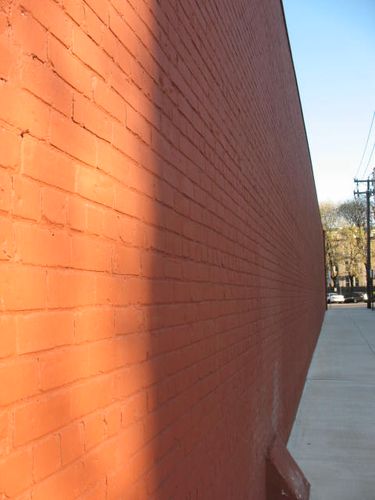 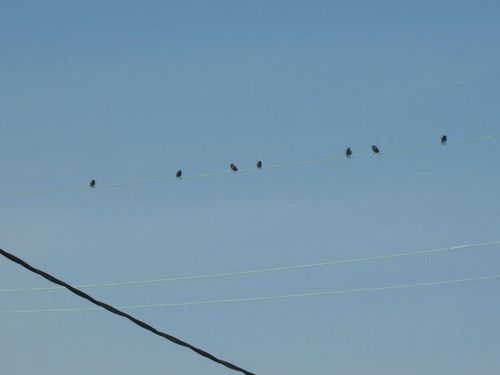 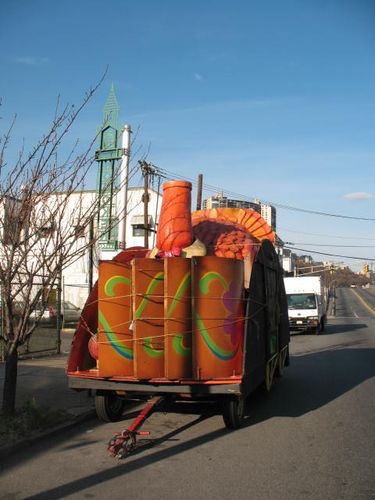 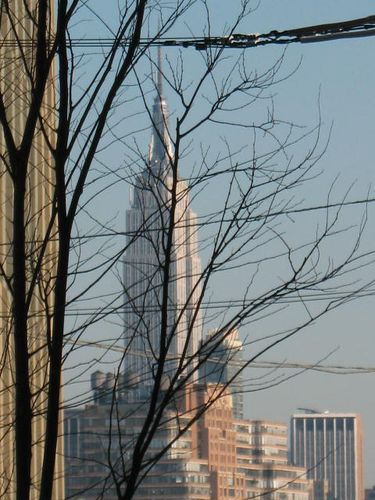 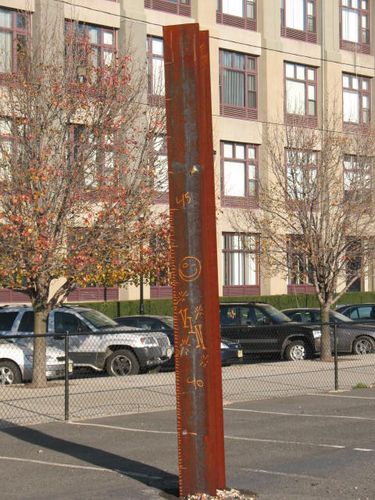 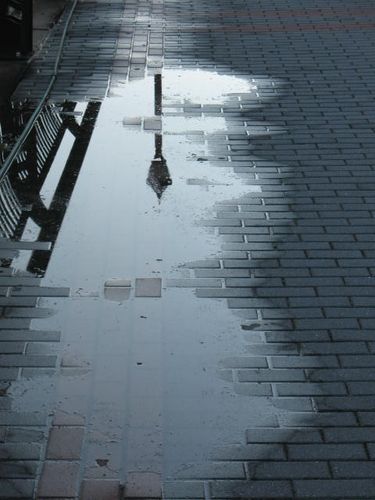 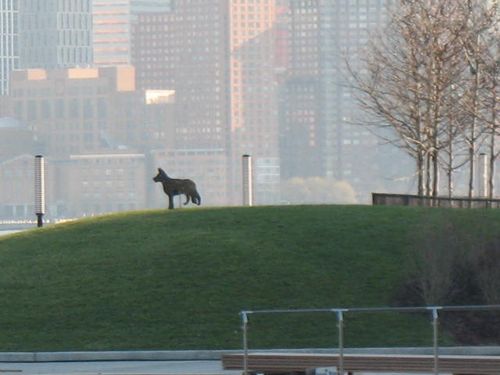 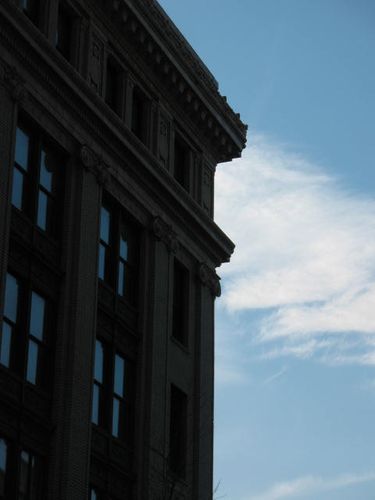 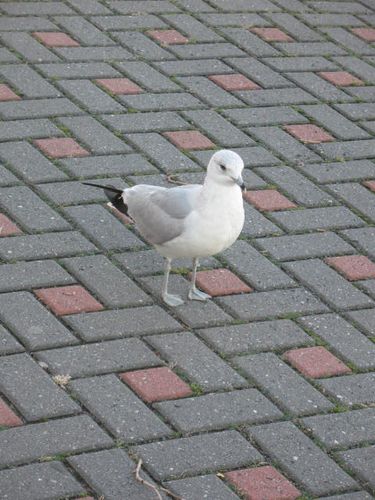 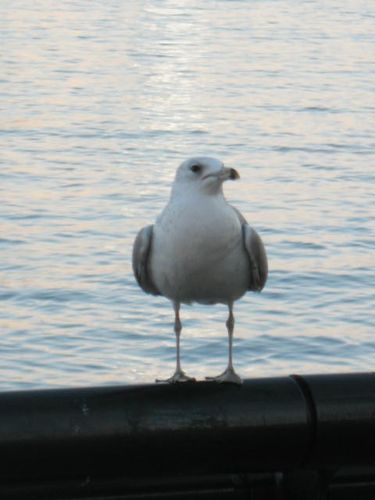 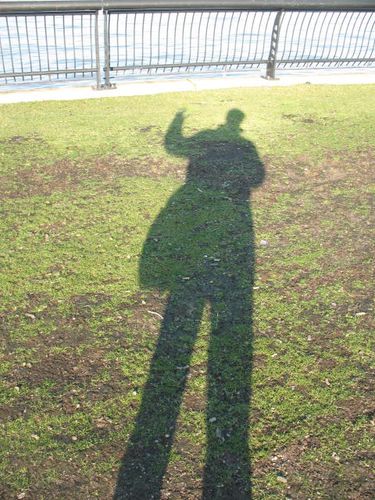