So here we are, it’s a Saturday. It’s been snowing for the past hour or so. Big wet flakes, not sticking, just turning to water once they hit the ground.

Last night was spent partly down at Julio & Stine’s apartment. I wanted to spend time with Alexander before they flew off to Denmark this afternoon. I brought my guitar and did my best to plat Give a Little Bit by Supertramp. I do love that song. Classic pop. That and Take the Long Way Home are two of my favorite Supertramp songs.

Oh yeah, Even in the Quietest Moments and Lover Boy. OK, I have a few favorite Supertramp songs. In fact their songs would be on a mix tape compilation in case I’m ever on that desert island. Never get tired of those songs, though they certainly dropped the ball after Breakfast in America.

Anyway, Alexander did his little Alexander dance to my guitar playing. He also got a kick out of my picking some notes when I played Please Please Me, which Julio and I sang while Stine printed out their airline tickets.

I encouraged Alexander to strum my guitar as I fingered some notes. He loved the pick also and even though Julio and Stine felt bad when he dropped the pick in the hole, it was not big deal. Just a few shakes and it was out again.

It fell to the floor and Alexander picked it up and gave it to me. After each song I would play, Alexander would clap his hands and say ‘Again?’ and I would play a different tune, like Me & Julio Down By The Schoolyard which Julio couldn’t help but singalong to.

My mother would always say Me & Julio Down By The Schoolyard whenever she would ask about Julio.

It was a fine time. Alexander was up way later than usual and eventually Stine had to put him to bed, after reading him a story. Julio and I sat at the kitchen table, drinking Galician wine which was quite nice.

Also sort of broke my rule of not eating after 7:00 at night and had 2 slices of pizza that they had ordered. Came upstairs, Bill was finishing watching 3 hours of Lawn Hors d’œuvre, and soon went to bed. I stayed up, watched the Simpsons followed by Craig Ferguson before I finally turned in myself.

Bill was up before I was this morning, attempting to rediscover the couch which was buried under so much of his stuff mainly. Some items were mine, but the majority were his. It was a bit of a pain of the ass to make room for Juan on the couch the other night, which is why I told Bill to get Juan to move into the bed once Bill was leaving for work.

I did have a plan to go to the Man Ray exhibit today. Texted Rand about it the other day but never heard anything so I was content to go solo. I was all set to go and made it out to the street. My plan was to take the subway to 96th Street and after the visit to the Jewish Museum, enjoy a stroll down Fifth Avenue, smoke a cigar and listen to some music on the iPod.

But when I got to street level in Hoboken I thought it was too cold and wet to do that and opted to return to the apartment where it was nice and cozy. The exhibit is on until March 2010 so I have time, but do plan an attempt next week, with the same agenda.

Bill was off doing theater things this afternoon so I watched Charlie Chaplin’s The Kid which was just precious. Jackie Coogan and Chaplin’s relationship is just so special, that almost 100 years later really makes you misty.

I thought about showing it to Julio, but he’d probably turn into a puddle with Alexander en route to Denmark. Still, it’s a sweet movie. Chaplin was certainly something, easy to see how he became the first big movie star.

The biographical picture about Chaplin starring Robert Downey Jr. is worth seeing as well. So if you can’t get one, watch the other if possible. 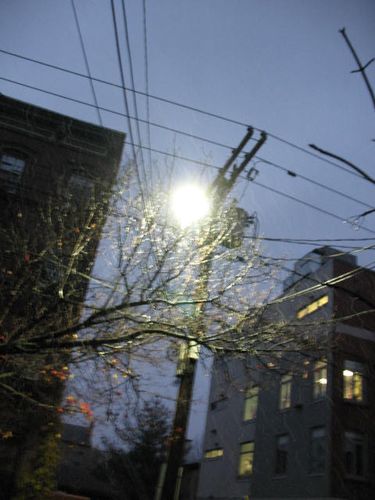 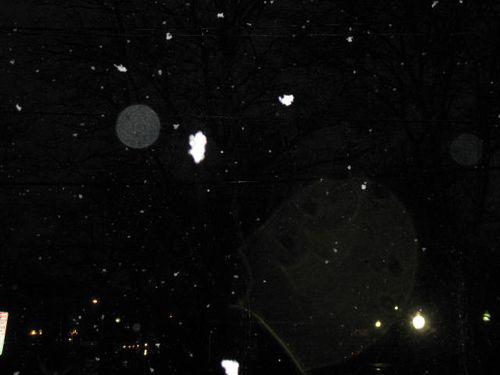 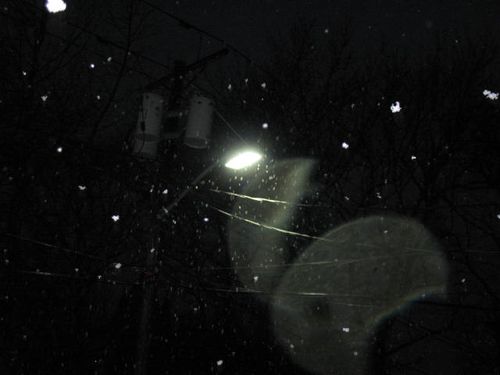 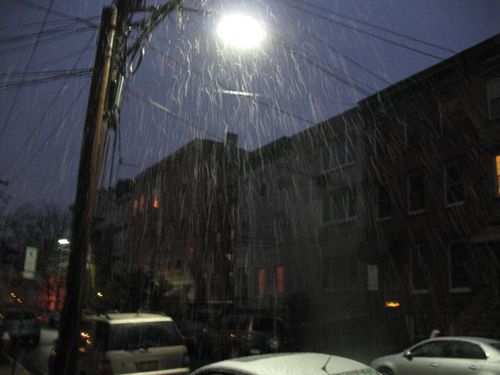 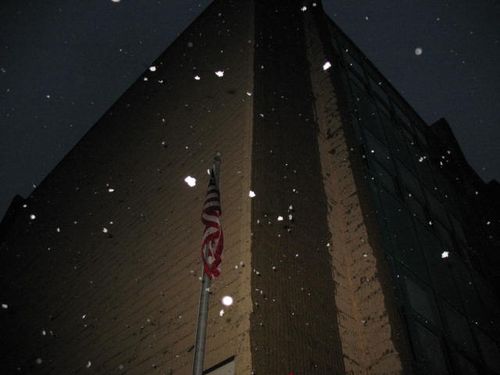