Well David Bowie did not show up at the Ian Hunter show which went on according to schedule. Joe Elliott from Def Leopard was there instead.

This just in, Michael Jackson has died at age 50. Wow that is big news. He was gigantic for a while there, still is around the world.

A month of concerts scheduled for the O2 arena in London are now scrapped, so those thousands of tickets are now collectors items.

Not the same as a ticket to Elvis Presley’s (Michael Jackson’s late father in law) last scheduled concert but close enough.

Harpy left a message on my voice mail, livid that Michael Jackson’s death was being compared to John Lennon’s death. That’s upsetting, there is no comparison. Lennon was assassinated outside of his home. Not the same thing, not close at all.

Harpy reminded me of how when we worked together at 2 Park Avenue, we shut down the office to watch Martin Scorsese’s video of Michael Jackson’s Bad, a 20 minute video. About 25 people hunkered down to watch a video.

Right now, LA Reid is on Dateline and saying that no one did what Michael Jackson did. I beg to differ, Elvis Presley did it better, and personally for me,the Beatles did it waaaay better. Both were more influential that Michael Jackson.

What the hell does LA Reid know anyway? He’s merely a record executive.

He was certainly talented and certainly a fucked up person. He got off the hook a few times with regards to the molestation charges and now that he’s dead I’m sure more will be heard about that.

Also Farrah Fawcett died today after a long battle with cancer. That was sad.

Can’t say I watched Charlie’s Angels that much, though being a child of the seventies it was on my radar. In my freshman year of high school while on the spring track team at Paramus Catholic I did have a picture of Farrah in my locker.

I was just trying to fit in by lying and to have a picture of some hunk in my locker just wouldn’t do.

Last night I watched an excellent program on PBS about Music and the Brain. Oliver Sacks was in it of course as well as a few other people including Richard Hawley and from Pulp, Jarvis Cocker, 2 British musicians.

Neither made it big on this side of the pond but Jarvis Cocker did make some headlines about 10 years ago when he invaded the stage at the Brits awards while Michael Jackson was performing as some Messiah figure surrounded by children.

Jarvis Cocker made some rude gestures and threw 2 fingers up in Jackson’s direction. Jarvis became a hero to most in the UK music scene, Jackson’s fans were upset and the Jackson camp threatened to sue, like most messiahs do.

Now Al Sharpton is being interviewed by Keith Olbermann saying that Michael Jackson started We Are The World and no one ever did anything like that before. For me, Do They Know It’s Christmas rings a bell, as does The Concert for Bangladesh.

I did make it to see the Guitar Bar All Stars tonight. Jim was as good as ever. Chaz stopped by as did Lois and Fred & Rand and Lisa. Rand and I pulled out a big chunk of Styrofoam out of the Hudson River.

All in all, a nice night, no rain with some good friends. Here’s some pics! 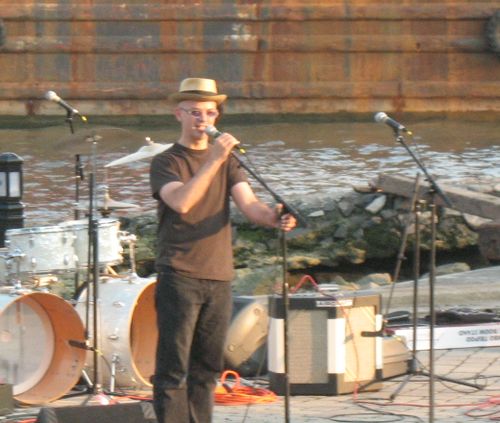 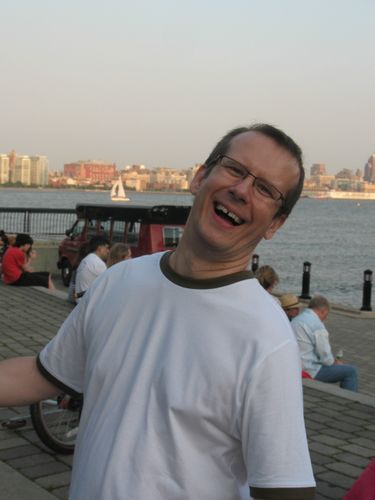 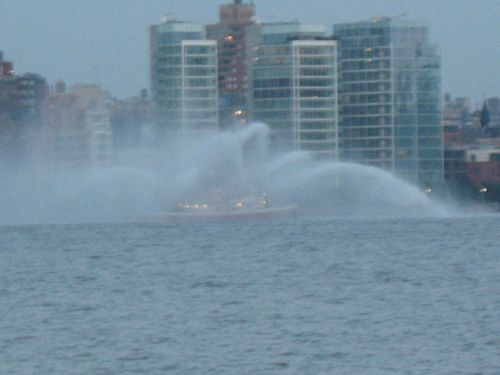 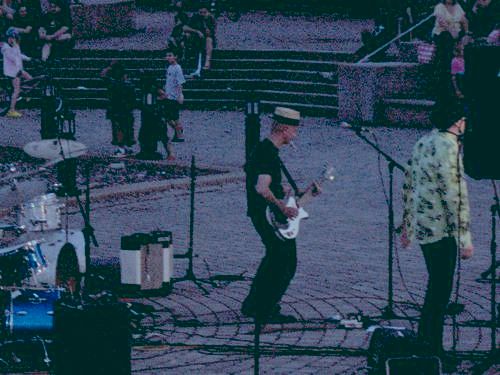 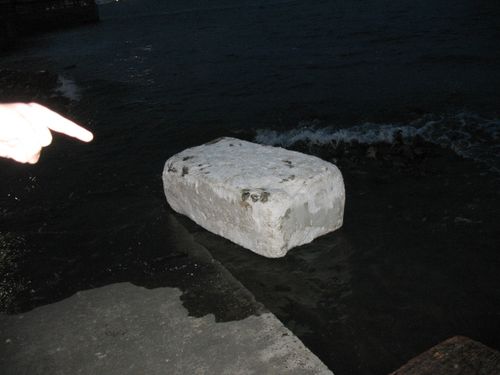 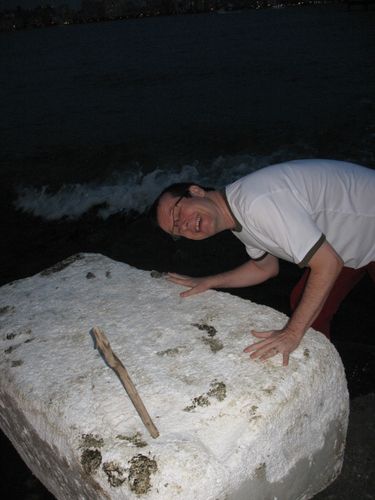 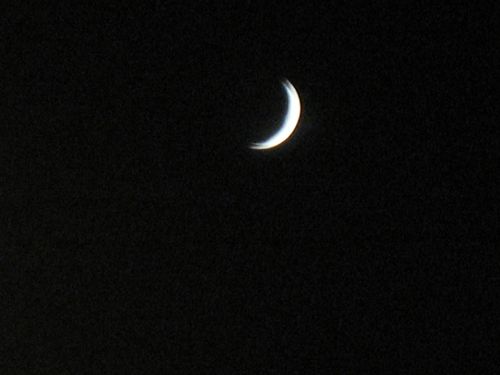 a moon for Farrah