Well somethings are just dumb. And one of them happened to me today. I woke up (I should have stopped right there) and got myself together for another day of work. Shower, cereal, coffee and then I was out.

At the bus stop shortly after that. Bill was off filming an infomercial for his dentist. And then rehearsing a play at the Nuyorican Poet’s Cafe. I forgot that was what he was up to and only remembered when I called him and got his voice mail at work.

I rode the bus into the terminal and listened to The The when I walked to the subway. Got to the area where the shop and headed in. There was Calvin & Bradley wondering what it was I was doing there. I said I was there to work and Calvin said that I was off today.

Calvin did offer me overtime and I’m sure I could have done some work until Sean came in. Don called in sick and so it was Calvin & Bradley. But I’m not insane, I just occasionally make boneheaded mistakes like this one.

I could have sworn that I had to work today but since I was off I decided to get a cigar and head home, walking to the Path train. Since I got a hopeful call from my cousin Joe last night, there was a certain bounce in my step. It’s not definite that my cousin can help me, but I do have hope.

I also got a text from my brother Brian who told me he was texting with yet another cousin, my cousin Jackie’s daughter Jaclyn who told Brian to tell me to email my resume to her. So I did. I thought it was humorous for me to head into work when I didn’t have to and I had no one to blame but myself.

Regardless, it was a beautiful day and I had a relaxed stroll down Sixth Avenue to the Path train. It would have been nice to have had lunch with Bill since I was in the area of his office and it was a nice day but he wasn’t around.

Still I walked around my old haunt, past that office building where I refused to return after 2 days of drudgery. Got a seat on the Path train and read some of the latest New Yorker.

Rand lent me the latest collection of Love & Rockets and it’s supposed to be amazing. I’ve left it at home since it’s Rand’s and I wouldn’t want it to be damaged or anything like that.

I was able to do some laundry which is now drying in the bathroom and hanging on racks in the kitchen.

I forgot about what happened last night. Around 10:30 PM, some alarm went off in the building ringing on every floor. Bill was getting ready to go to bed so it fell to me to find out what was going on. We live on the top floor so that meant I met just about everyone in the building if they were out in the hallway.

On the second floor is Antonia, a very old woman in her bed clothes absolutely terrified. Her English is no so good and I did my best to reassure her. Something went off in the basement and Julio and his neighbor Patrick on the third floor figured out what it was and silenced the alarm.

It can’t have been anything too bad since we’re all here today.

On my way back upstairs from the basement I let everyone know what I knew, which wasn’t much but at least the alarm was off. I stayed up later than usual, watching Craig Ferguson interview Alfred Molina. Didn’t watch the whole interview since it wasn’t as funny as I hoped it would be.

But really, what is? 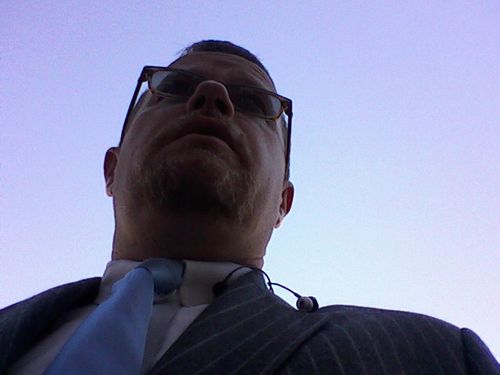 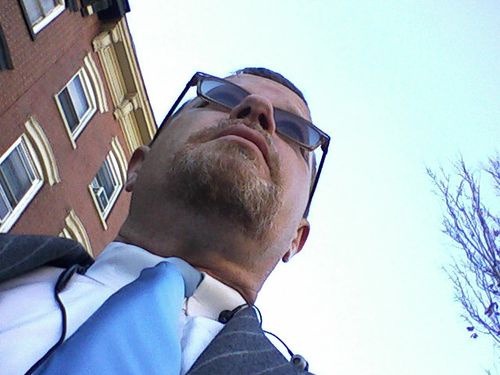