The earlier posting I did today, marked yesterday, Lady Godiva’s Operation was about 945 words. So I guess I did my 500 words a day already. But no, that was just coverage of last night. I did somethings today, but not too much.

I read the paper and watched Lord of the Rings basically on cable. Good stuff to take my mind off the fact that I drank a few pints more than usual last night. I didn’t feel too bad, but I was definitely not running at full speed.

Bill came home from church and was relaxing here while I watched LOTR. At around 2:30, I thought it best that I take a nap. Actually my body insisted that I get some more sleep so that’s what I did, leaving Bill with LOTR on TV.

I fell into a deep sleep, interrupted when Rand called saying that he was going for a bicycle ride around town. Was I willing to go? It seemed like a good idea, but having just woken up I was still horizontal and could have used a little but more sleep.

I told Rand that I didn’t think I was up for a ride, and that walking would be better suited for my 47 year old self.

I tried going back to sleep after Rand’s call but that didn’t happen. Instead I got out of bed and found Bill watching the Blue Collar Comedy Tour which he likes a lot. Me? Not so much. I got myself together and set out to see the beautiful afternoon.

It was indeed a nice day and there were plenty of people out determined to enjoy themselves. Foolishly I walked through the Italian Festival and found it was jam packed as opposed to last night which was sparsely attended and rather damp.

No spot to sit and read, at least not in my preferred area so I walked along Sinatra Drive and found a bench in the shade of Steven’s Tech and read Uncut magazine. Called Rand a few times with updates on where I was but got no response.

I did see a replica of Henry Hudson’s Half Moon go sailing by. 400 Years since ol’ Henry found the river.

Eventually I got hungry and started walking home. Bill was watching an HBO documentary on Mickey Mantle. I made myself some chicken with penne and pesto.

Bill has headed off to the final rehearsal of the play that is going on tomorrow night. I’m home now watching the ending of LOTR. I did pick up a little hair of the dog, some Guinness for my viewing of True Blood tonight.

So it’s been a pretty good day basically.

Tomorrow I’m going into the office to help Greg Stevens out for a few hours and might also go in on Tuesday as well, but I’m sure I will know about that tomorrow.

That’s a late afternoon thing so I’ll just be staying in the city and then heading downtown to see Bill’s play at Theater for the New City. At least that’s the plan so far.

Anything could happen between now and then of course. 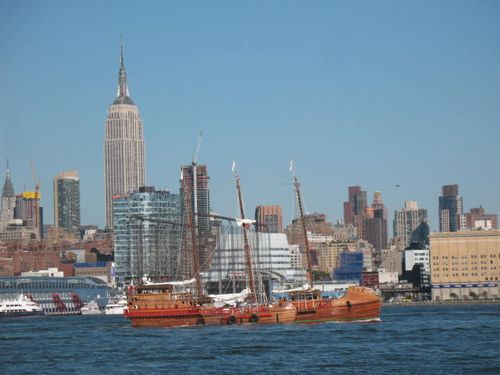 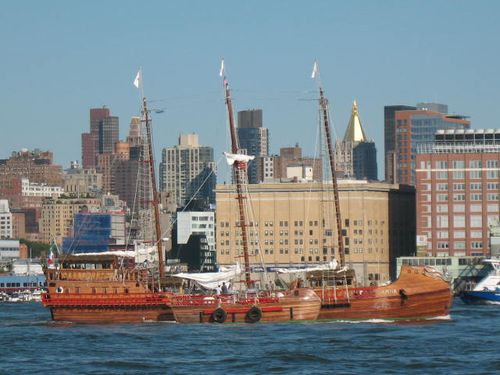 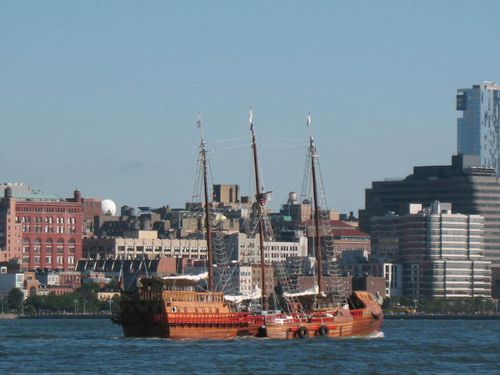 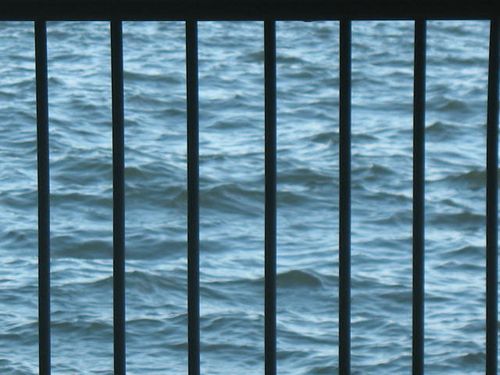 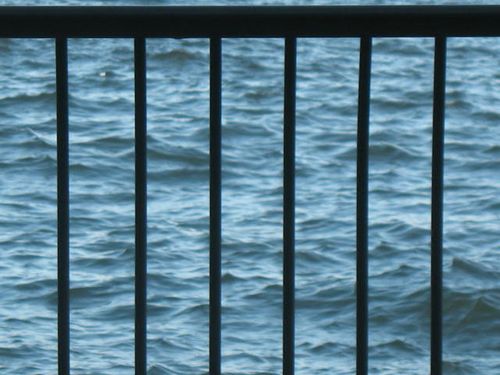 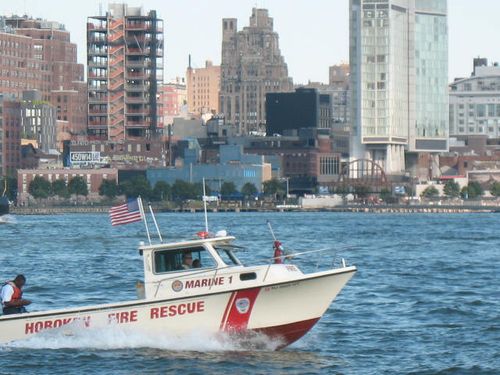 Well I didn’t do much at all today. Bill and I stayed local. Most of the day, local meant staying in the apartment. I was itchy to go out, if not the city then Hoboken. Anywhere rather than staying in. Bill napped, I finished off the Lord of the Rings. Got choked up again at the end, Frodo going off to the undying lands.

I avoided the Jerry Lewis telethon. A few years ago I got caught up in it and donated some money. But that was when I was living in Weehawken and everything was cheaper. This time of year is aways tinged with despair. It always signified the end of summer, which technically it isn’t. The whole sinking feeling of having to go back to school.

Bill and I walked around Hoboken and that was the subject at hand. Of course the mention of my having to be pried off the fence at St. Francis de Sales at the beginning of the school year was brought up. Me horizontal being held by someone deaf to my screams and cries. Yes, that’s when the whole abandonment issues started up I guess.

Growing up, this weekend was when the VFW Post 3484 had their annual picnic in Saddle Brook County Park. Fried foods, shucked clams, playing in the Saddle River, drunken veterans occasionally smacking their wives and getting thumped by quite a few not as drunk fellow veterans.

Eventually the adults realized that they would have to go home with their families, the kids whining, the parents buzzed. Keep in mind, this was the 1970’s, and if you were pulled over by the police for drunk driving, you would more than likely be told to drive home directly.

I really hated school. All of my life I hated it. It was a source of torment and bad feelings a lot of the time. Maybe it was me not being a good student, maybe I had lousy teachers. When I was given the opportunity to go to college, or actually when college was mentioned as a choice I rejected it. If I hated going to school when it was mandatory, it would be a waste of money for me to go and continue my education.

I think I chose wisely on that front. Still that horrible feeling over Labor Day weekend hits me every year. Talking about it absolutely helped and I walked Bill over to the Path train and found a quiet spot on the river where I smoked a Padron and read the New Yorker and watched a helicopter get dangerously close to various boats and buildings on the Manhattan side of the Hudson. Scary to watch but nothing bad happened.

I also seemed to be the only one paying attention. Ran into Rand and Lisa as we walked along Sinatra Drive. They were headed in the opposite direction. We walked over to Castle Point Terrace, a block of some really nice buildings by Stevens Tech.

That came about from a few days ago when I asked Bill if he could live anywhere in Hoboken where would it be. He said Garden Street because of the trees, I mentioned up where were were. Big old buildings, pre war. Nice and semi secluded.

And Sarah Palin is going to be a grandmother! How happy she must be for her 17 year old unwed daughter. Everyone’s happy about it! Abstinence only education works! Yeah!