Oh it’s been a while but Bill and I are watching Lawn Hors d’œuvre SUV. Actually it’s on while Bill prepares to go to bed. I just got home a few minutes ago. Been an alright day.

Had the interview at 10:00 this morning. Of course I did my best not to be late but as luck would have it I was on time and pretty much sweaty. It was a short interview, out of there around 10:15. That left me with an hour and fifteen minutes to kill.

I called up Bill hoping that he would be able to come down from his office and see me. But he was too busy. So I took the train uptown and called Bill once again. I’m pretty sure the epiphany that I had over last weekend helped with my ambivalence towards this job interview.

I think Bill was anticipating my climbing the walls over the interview but I was pretty much nonchalant. Even more so once I got to the cigar shop. Marcus, Calvin and Bradley all in. It was a lackadaisical day all around.

It was up to me to make the bank deposit and I saw that yesterday was quite pitiful. I was relieved that I was not to blame for this. I wasn’t in yesterday. Or the day before effectively making this day, Thursday a Monday.

Most of the irregulars came in today, including Martini Basher. He didn’t have much to say to me but what he did say was relatively pleasant. Marcus heard about the incident with Martini Basher and my negative review and seemed alarm at first but I think he saw the humor in it, considering there was Martini in the back hiding behind a newspaper screen and enjoying a cigar.

The day was as remarkably boring as any other day that preceded it. A sales associate from the store next door that sells a lot of expensive and useless things that people don’t really need was leaving after working there for 6 years.

Her name was Elizabeth and after she got out of work she was meeting friends over at a bar near the cigar shop. Calvin suggested that I go over for a quick pint before he left so then he could go over and have a drink himself.

So at around 6:30 I headed over with Elizabeth and had 2 quick pints before headed back to the shop. Calvin was done for the day which was nice and left me with Bradley and Sean. Both helped me out immensely today so I ordered a burger for Sean and French Fries for Bradley.

Before I knew it, the work day was over. I headed out, leaving the cigar shop and headed down the avenue towards the bus terminal, listening to Elephant by the White Stripes. I forgot what a great record that is.

Now I’m home watching a recording of President Obama on the Daily Show. Bill’s asleep and I plan to join him soon enough. After I watch tonight’s episode of Dead Set. 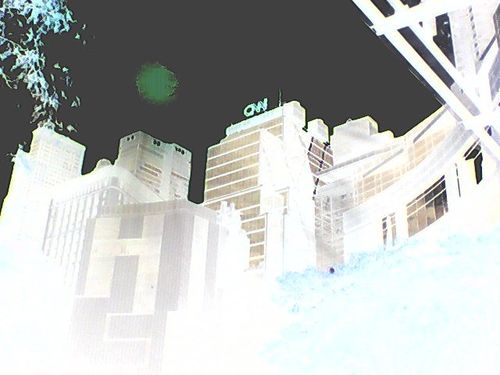 Ok, a pretty good day. Teeth still in the head, some money still in the bank. Bill came home to my surprise last night. Unfortunately he called during the big revelation during Lawn hor d’oeuvre SVU so I have to admit I was distracted. He noticed my lack of enthusiasm, but when the killer is about to be revealed and to get a phone call… well, I hung in there and paused the show thanks to the gadgetry of modern cable TV. And was it worth the pause? No. This is the second week where it seemed they were stuck for an ending.

Last week they had Robin Williams jump in the river and never looked for his body. This week, the 98 lb. killer took her unrequited love who weighed lets say, 170 lbs and jumped off the edge of a building ending the show with Stephen Collins screaming “No!” as his son landed on a car several stories below. Next week is the season finale which looks to be extra lame. I went to bed after the news, Bill stayed up watching David Letterman.

I woke up earlier than I had been since clients were coming into the office for a breakfast meeting, meaning I get a free breakfast. I asked Lydia to come in early and offered her a free breakfast, but she ate already. The people that came in were nice, I had met them before. Slowly the office is coming to life. Moe Stooge sat in his soon to be rented office and grunted a few times as I walked by. I guess I am now ‘the enemy’. He’s a dick, and a tiny dick at that.

Spoke with dear Connie. She’s been sick for a while, she got the lupus. She was able to get herself together to make it to a party in Manhattan a few weeks ago and I admit that I was hurt that I didn’t get a chance to see her, but then again I wasn’t invited to the party. She told me she has been off her meds since they didn’t seem to be helping, but after a considerable amount of time, she’s going back on them. There are some days she can’t even get out of bed, and it seems out of most of her friends I am the only who doesn’t give her a hard time when she doesn’t answer the phone. I can be the forgiving type.

It’s hard to believe but I haven’t seen Connie in a few years, and this summer seems unlikely since Annemarie and company aren’t making it to NJ this year, and Julio and Stine now have Alexander to consider, effectively making me the number 2 baby, so no beach days I guess. Wah wah wah.

On one of my errands I saw someone I used to work with 25 years ago. Just a guy from the mail room, Lloyd I think his name was. He didn’t recognize me and for an instant I thought about introducing myself but changed my mind. I figured there would be too much catching up on who was dead, who’s alive what’s what so I kept on walking. Perhaps if I saw him again I’ll say hello. Perhaps.

Had a good ride home, reading Christopher Hitchens, ‘God is not Great’. I love it, I’m chuckling throughout. Hitchens can be a boor, but he is erudite and occasionally funny. And I appreciate his take on religion. As I was climbing the stairs, I heard an infant crying. It was Alexander Frederick Sorensen Lopez! With his mom, dad and Grandma who is going back to Denmark with Grandpa tomorrow. Alexander was hungry and just like his father, incorrigible.

No, Alexander is not incorrigible. He’s a sweet little angel with quite a head of hair coming out. I saw that a package came from Arcata arrived and I handed it to them. But Alexander was hungry and you don’t get between a Lopez and their food so I quickly took a few snaps and made a hasty exit to the fifth floor.

And here are those snaps. 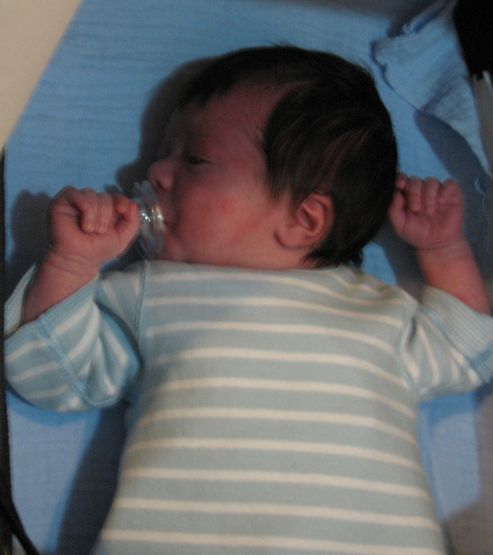 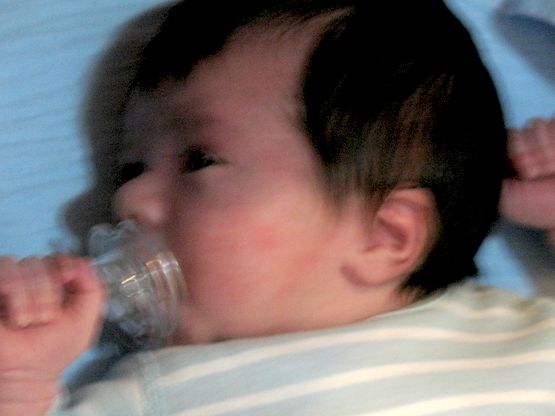 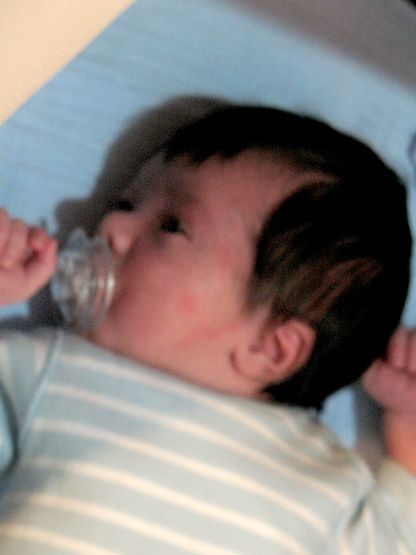