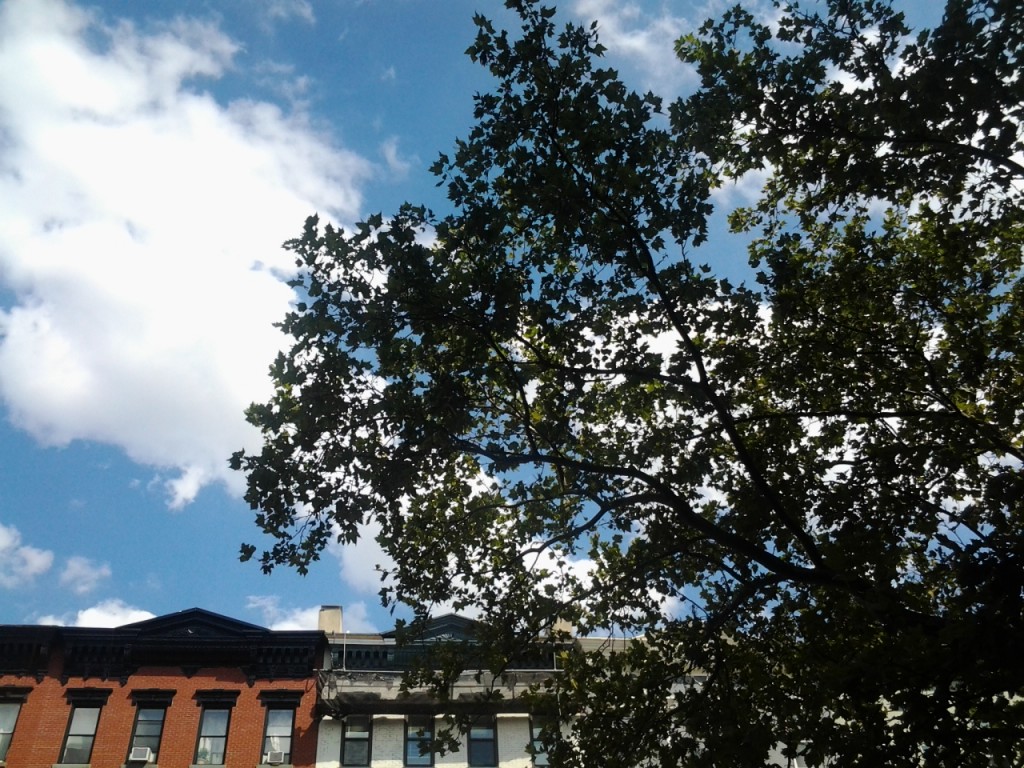 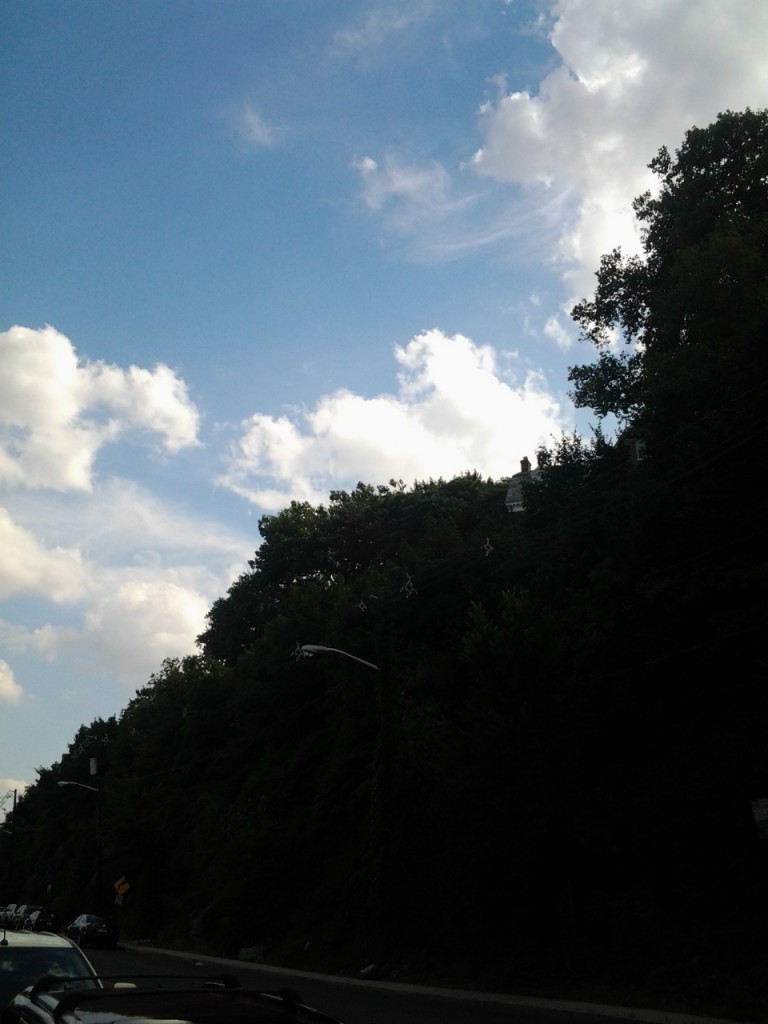 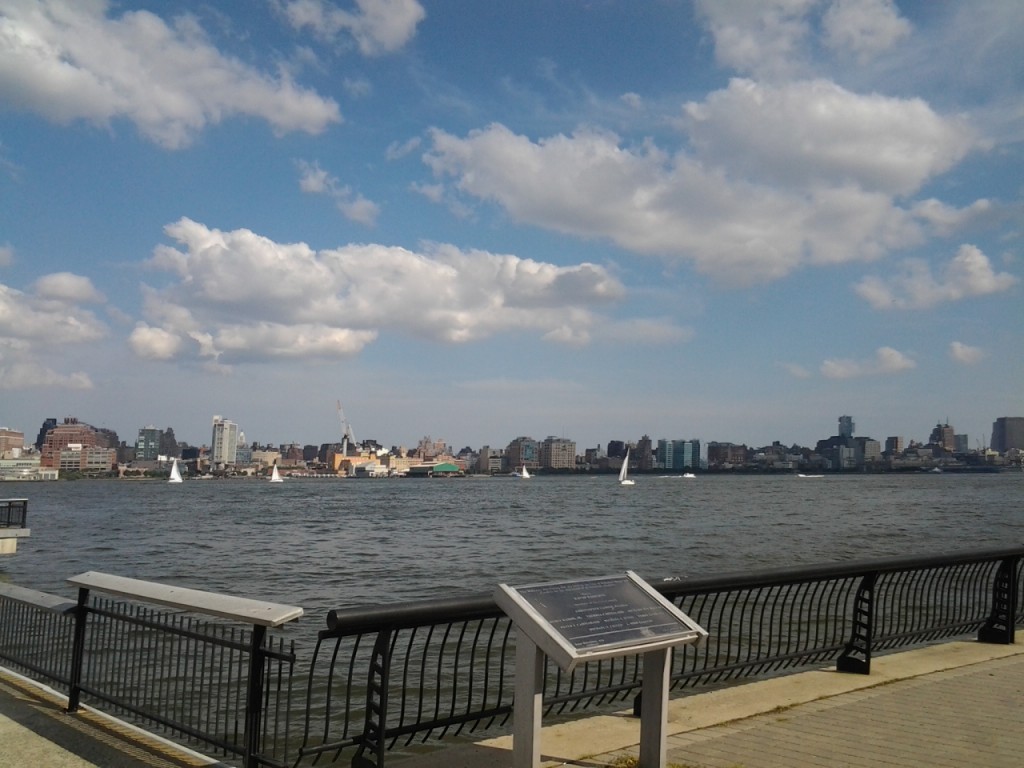 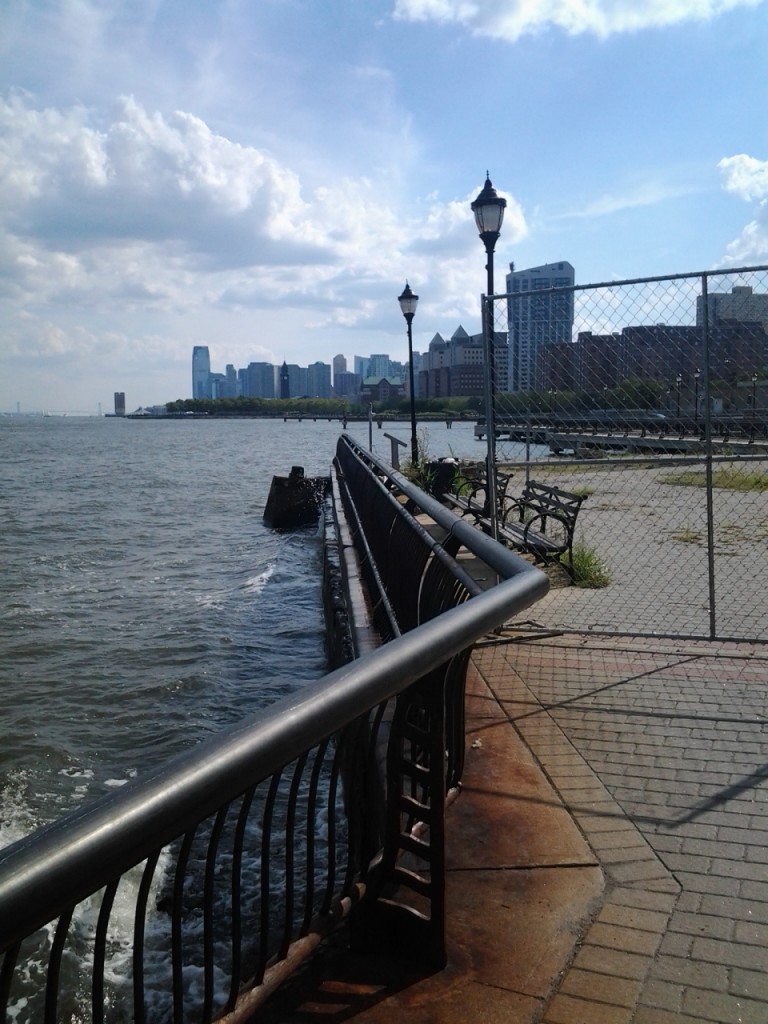 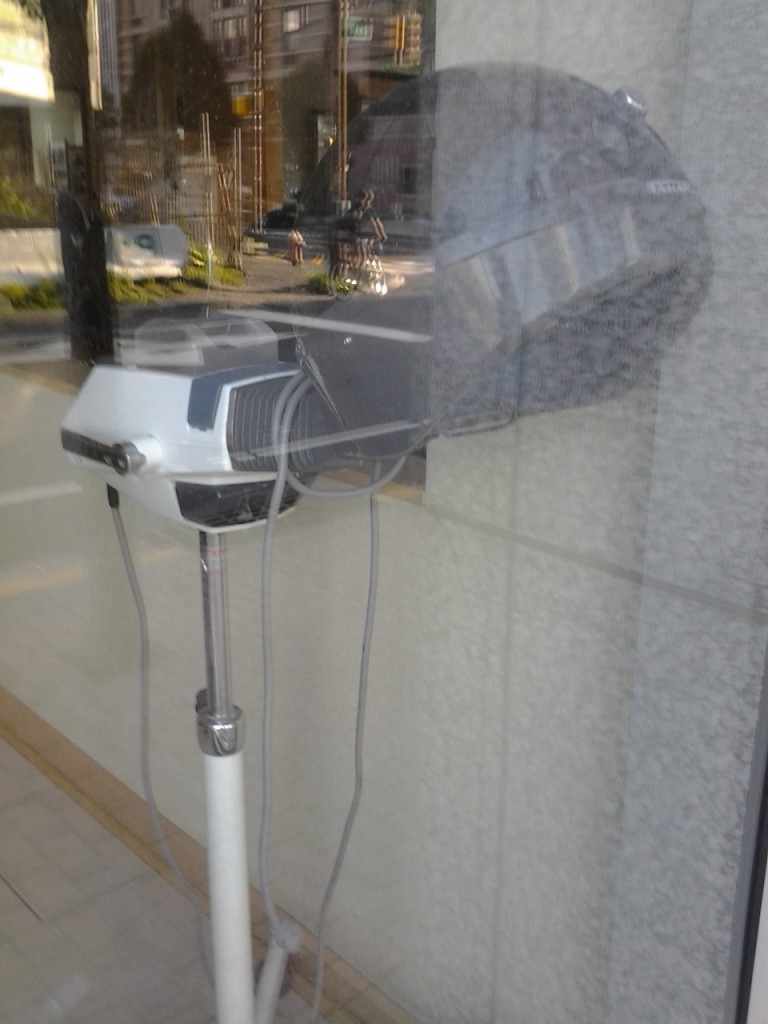 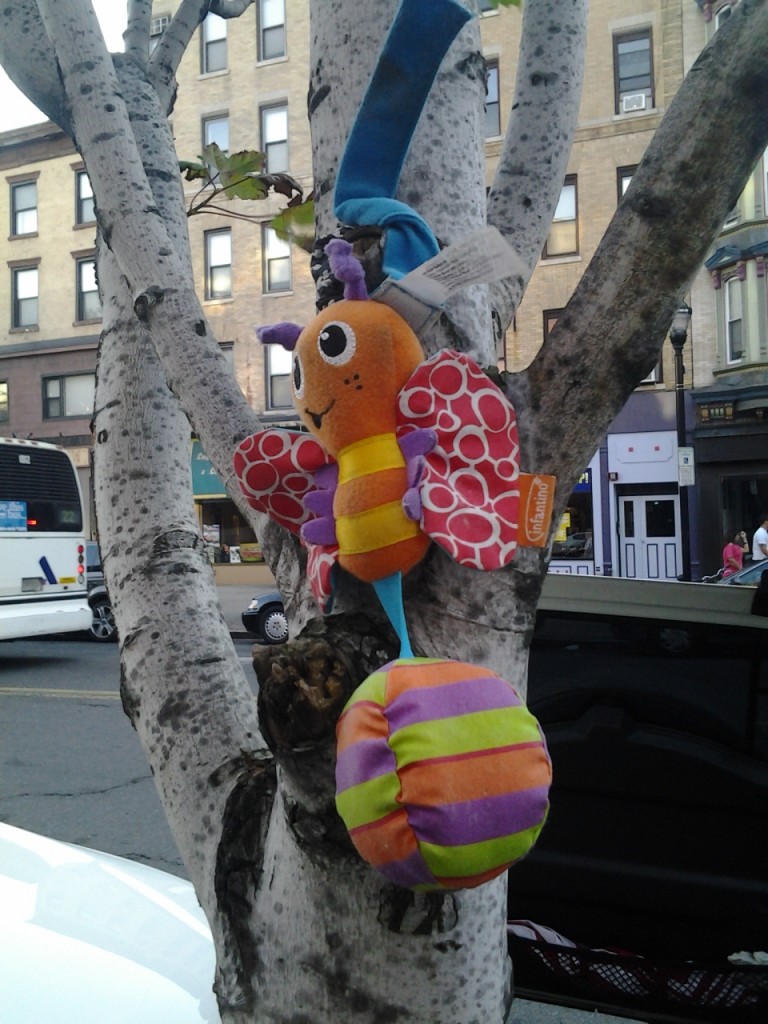 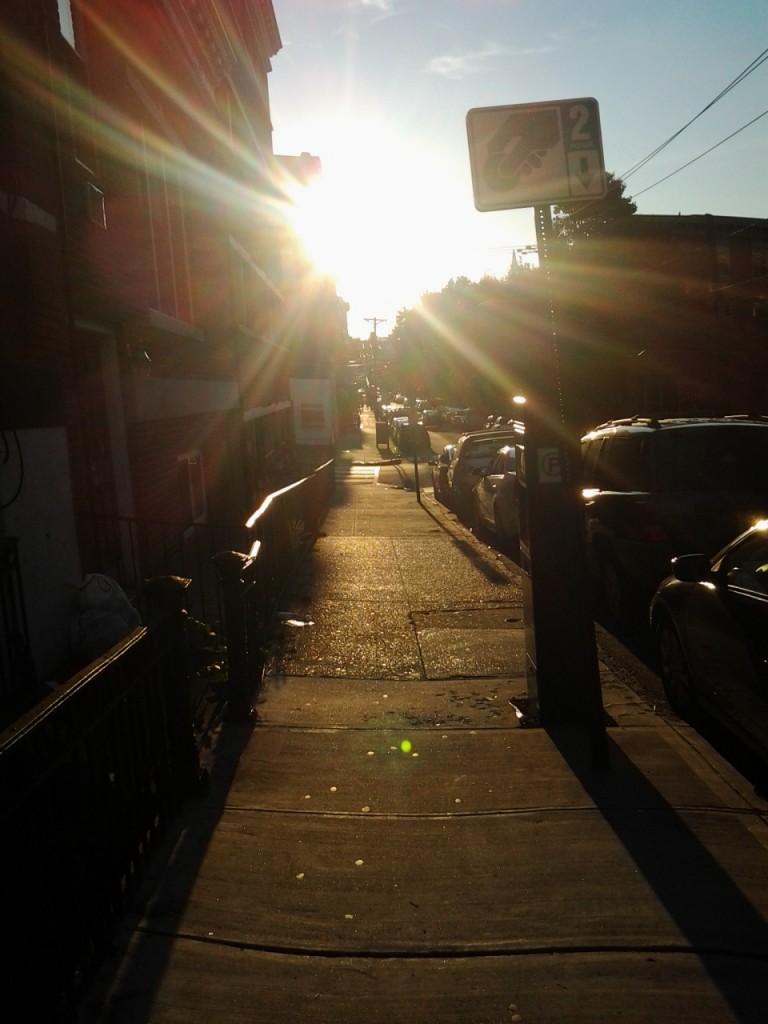 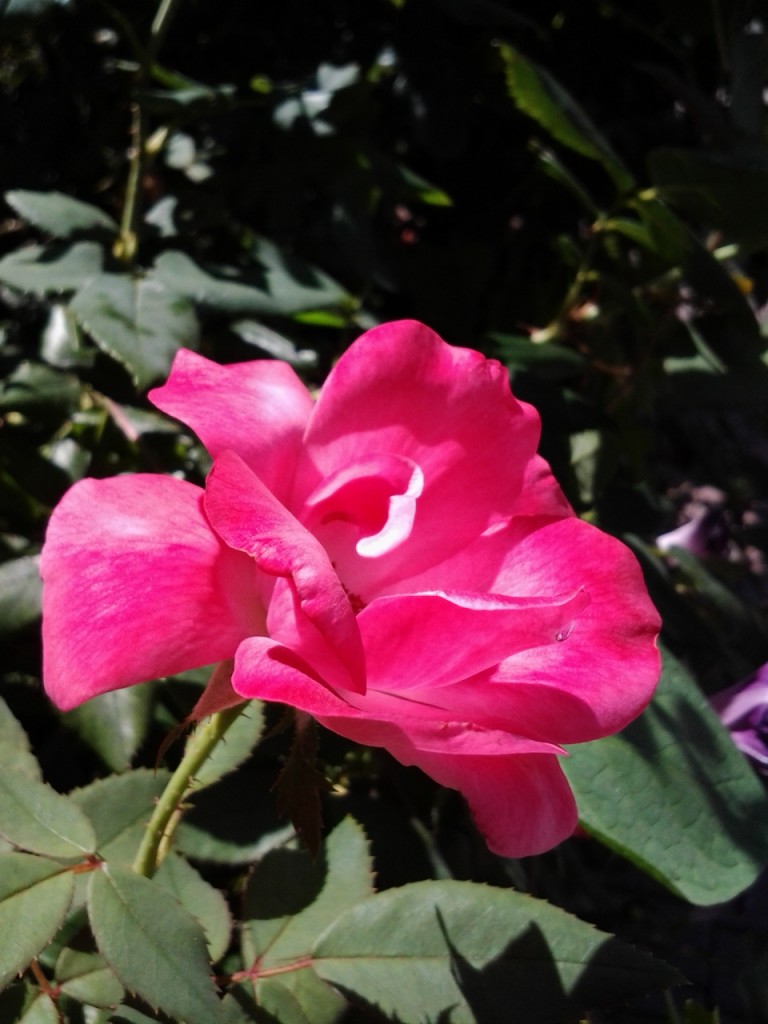 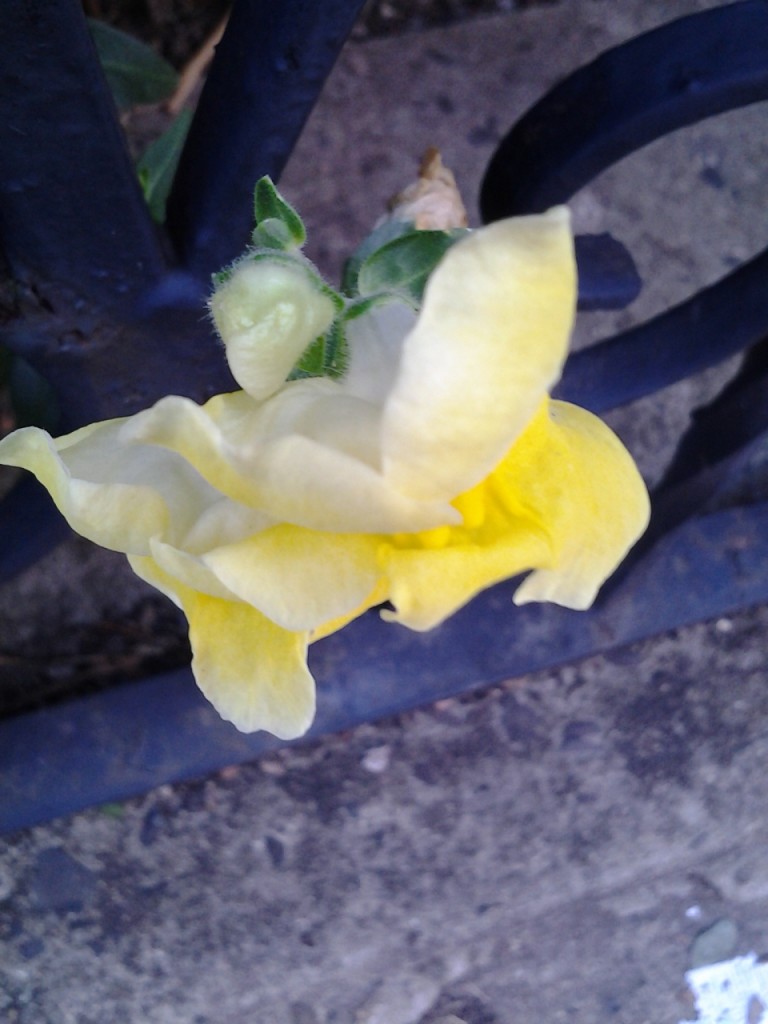 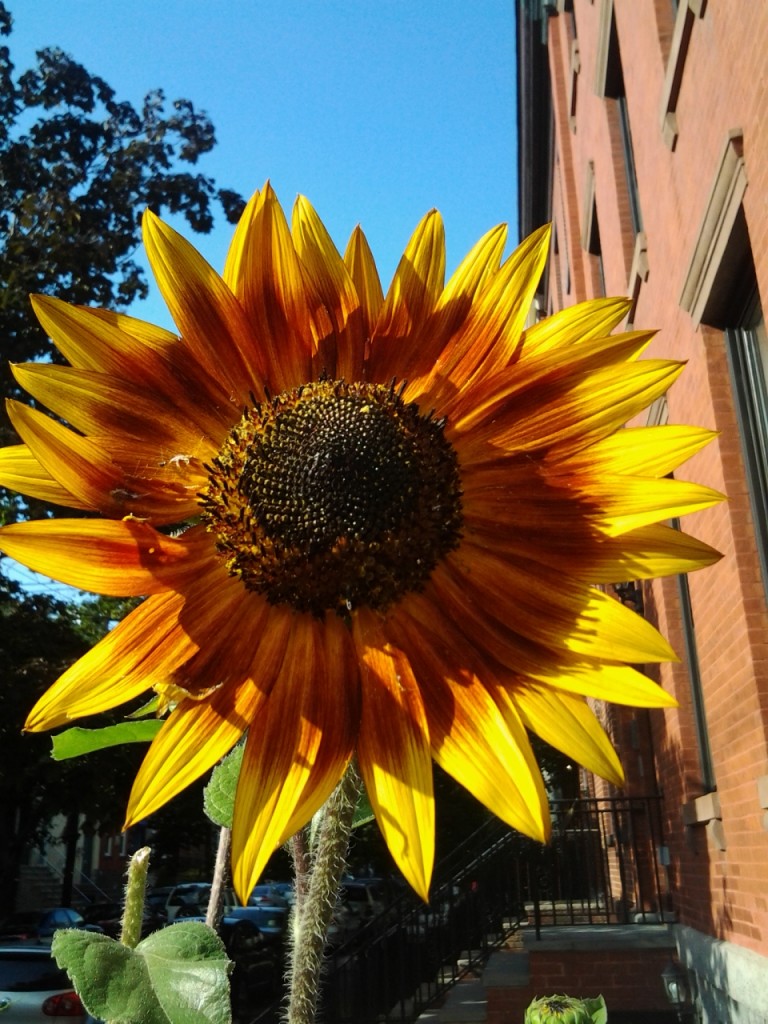 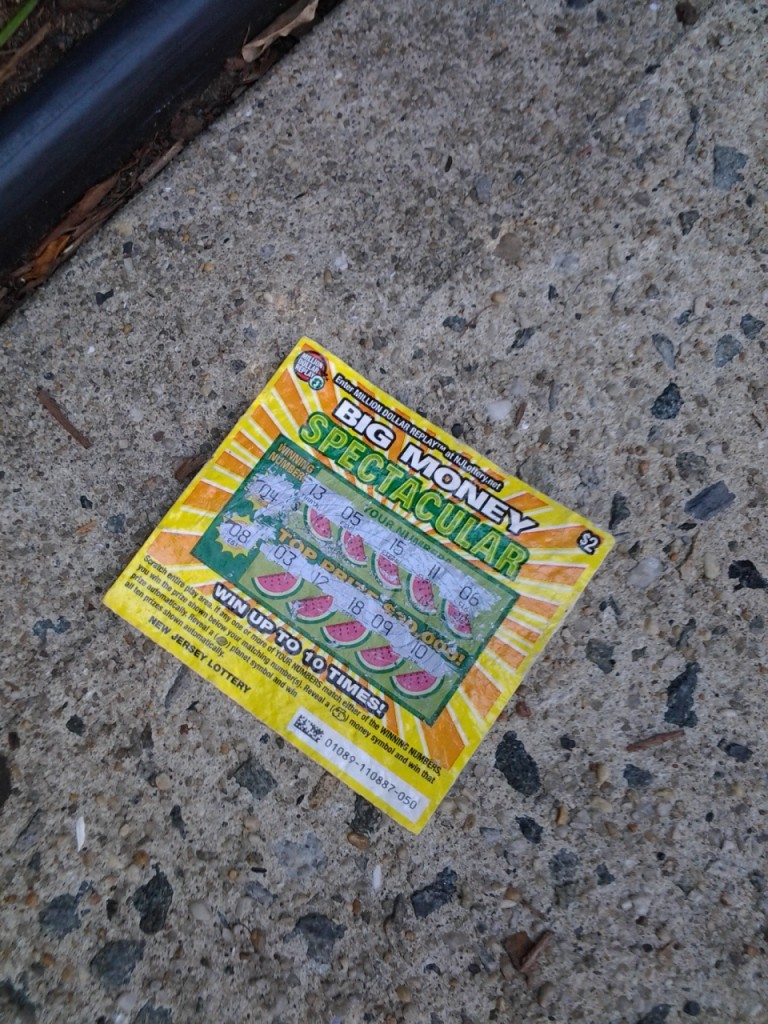 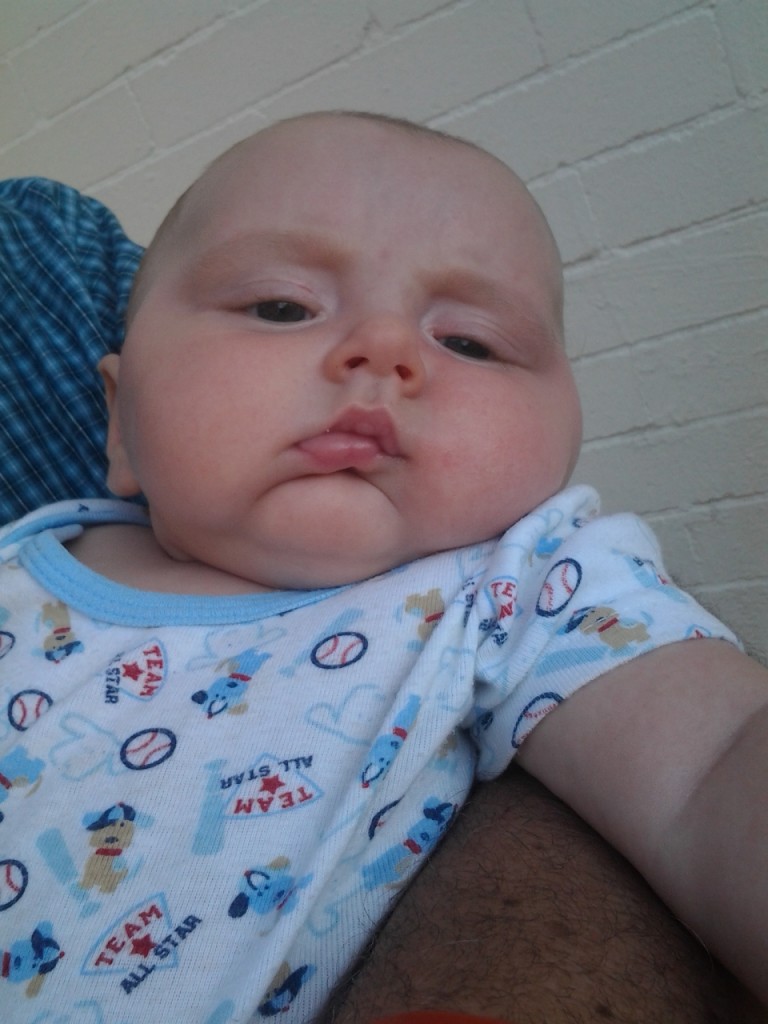 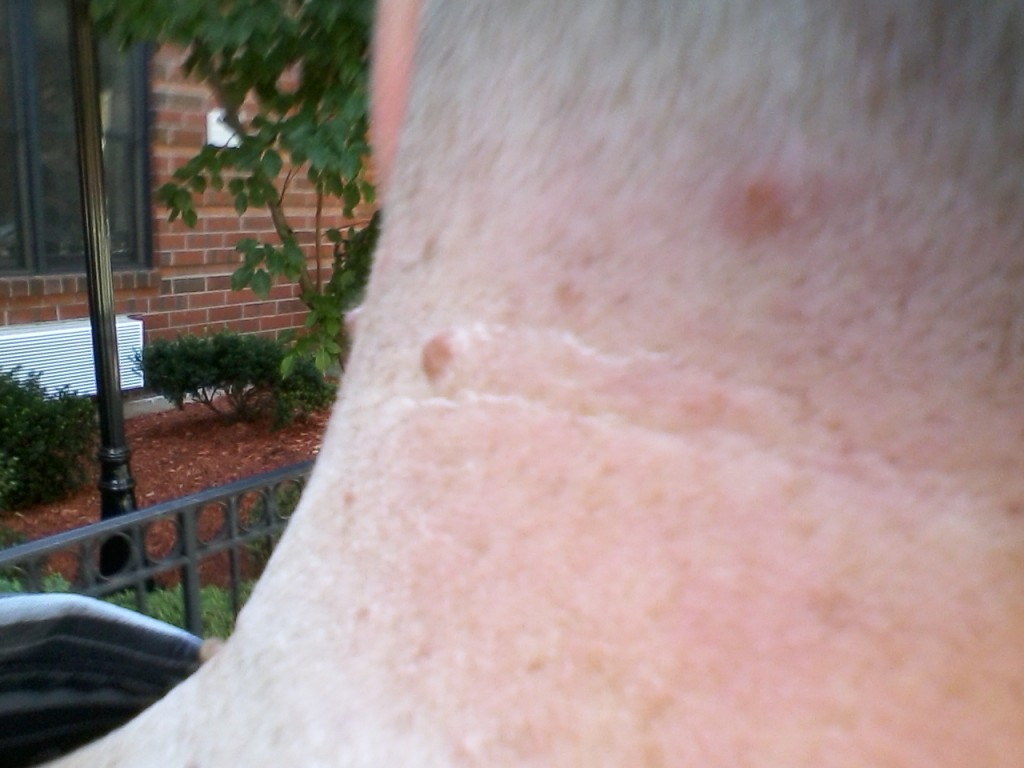 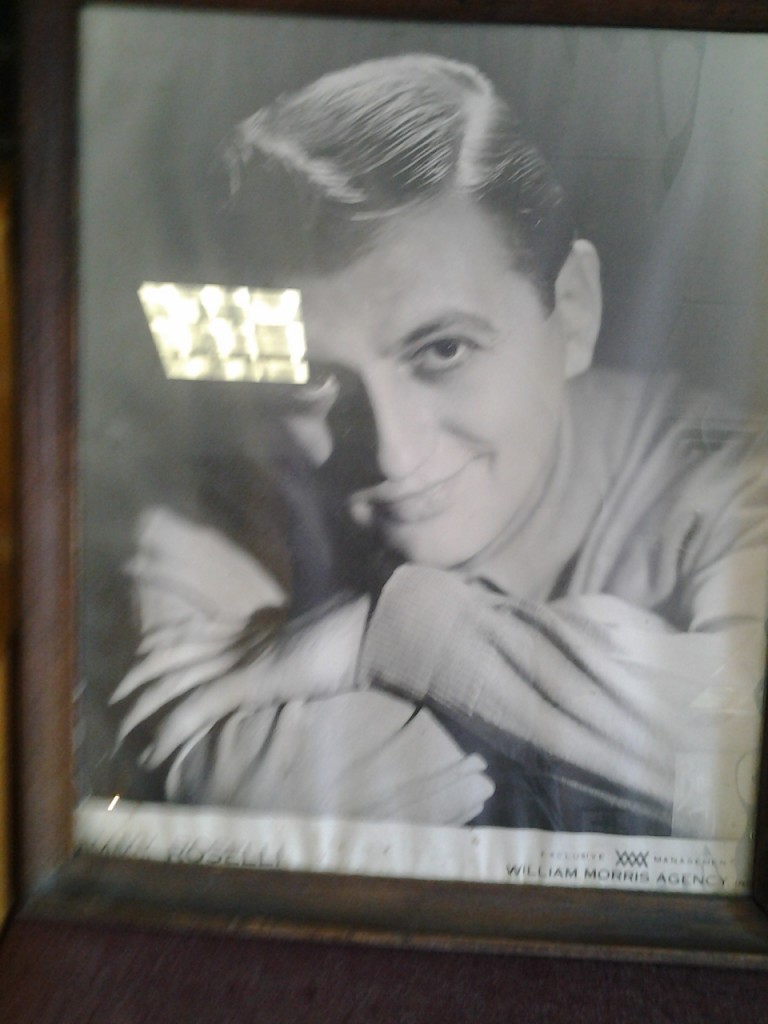 October 11, written October 12. And now Phase 2, in which Doris gets her oats.

12 hours later, a splendid day in DC. Bus got to DC a half hour early and the weather was pleasant so I didn’t mind. Billie showed up on time and we started for the march after we had a quick bite to eat. Billie picked up the tab despite my protestations.

The weather was gorgeous as we walked around. We decided to catch the parade between the White House and the Capitol building. It was quite a sight to see, thousands of LGBT marchers coming towards us.

It was bright and sunny as expected and after joining the march towards the Capitol, we sat for a little while and rested and chatted about what as going on. Hard to believe but there is almost 30 years of history between Billie and myself. We have the type of relationship that we might not talk to each other for months, then when we do it’s like we had just talked an hour before.

Tons of people milling about, helicopters flying overhead, taking photographs, or perhaps a headcount for the National Parks Service. We heard the Gay Men’s Chorus of DC sing songs ranging from the Sounds of Silence to Blowing in the Wind to Somewhere Over the Rainbow, all performed beautifully.

Dan Choi, Cynthia Nixon, Judy Shepard and David Mixner among others gave compelling speeches. All over it was great to see the LGBT community in all shapes, sizes and colors united for equality.

I was wearing my Obama Superman shirt and one of the volunteers said that I might be booed for wearing it but that never happened. The volunteer and I agreed that the LGBT community would have to be patient.

Obama has 2 wars and a shit economy. Not to diminish the LGBT struggle but things might be easier for all concerned once the wars are finished and the economy gets better.

As Billie and I wandered around I spied John Oliver from the Daily Show who stood next to me for a snapshot. Nice guy and taller than I expected. Billie and I headed back towards the White House where a stranger gladly took our picture in front of the President’s house. 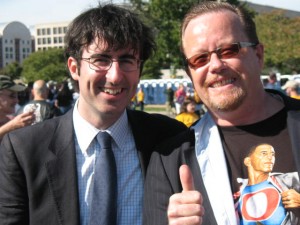 It truly was one of the best days of my life. Everything went so smoothly with no hassles for me at least. I did have to get back to the bus at 6:00 so after a quick jaunt to Chinatown where Billie purchased a stand for a vase, we waited around where I was initially dropped off.

As we waited a young man and woman came up to me asking for a smoke. As the four of us stood around, we found the young man James, to be a straight ally of the young woman Alex. Billie and I playing the role of the old timers, thanked James and the other straight allies everywhere for being so open minded and compassionate for the LGBT community.

It seems each generation becomes more relaxed and doesn’t understand the big deal about being LGBT, which is how it should be. For some reason, my generation and generations before me, sometimes find LGBT people to be abhorrent.

That we’re all about sex (or that is what they envision) and if you have them over to your house you know they will start screwing no matter what. Of course it’s not like that at all and in fact most of us are quite boring. As boring as most non-LGBT people.

Of course it’s not the boring ones who make it on the TV news.

This is why it’s important for everyone to come out of the closet. To show that we are your friends, your brothers, your sisters, your children and yes, sometimes your parents. Much like Harvey Milk said all those years ago.

The bus ride back was quiet. I wound up having Alex sit next to me. Her dad is a GE big shot. No last names. She lives in Williamsburg. I told her I couldn’t tell since she wasn’t wearing skinny jeans, nor an ironic t-shirt and no fedora rakishly worn.

We parted ways in Manhattan, no emails or phone numbers exchanged. I probably talked her ear off. But I wished her a safe trip home and headed towards the Path train, an hour earlier than was scheduled.

Once I got to Hoboken, as per Billie’s request I called him to let him know I got home safe and sound.

Bill was home sitting in the apartment, which was cleaner than it was when I left. Though it was dark when I left, I’m sure it was cleaner on my return. Stayed up and tried to upload photos but it was a pain in the ass and went to bed instead, where I slept quite soundly.

Woke up long after Bill was off to work. Manually loaded 50+ photos onto Facebook. Don’t have the program I usually use on Bill’s Mac so I will have to upload those at a later date.

I did go out and buy the newspaper and had a nice breakfast. Later I read in the paper of a 49 year old man named Jack Price in College Point, Queens was beaten.

All of his ribs have been broken, his lungs have collapsed and a metal plate had to be placed in his jaw after being beaten by 2 young men, when he went out to get some smokes at 3:00AM Friday morning.

Unfortunately the 2 young men aren’t on the same evolutionary scale as Alex’s friend James.
Douche baggery is too polite a term to describe the 2 gay bashers.

This is why I march for National Equality.

For full protection under the law and the Constitution.

Sometimes it’s difficult to be patient. 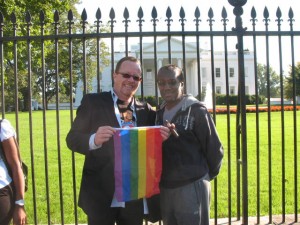