Brian Eno’s 77 Million Paintings installation in Manhattan at 145 west 32nd Street.
I went today it was quite nice, at one point I was the only one there. No sign of Eno.
I plan on going back on Thursday with Bill. Since it is always changing and regenerating it should be a different installation. 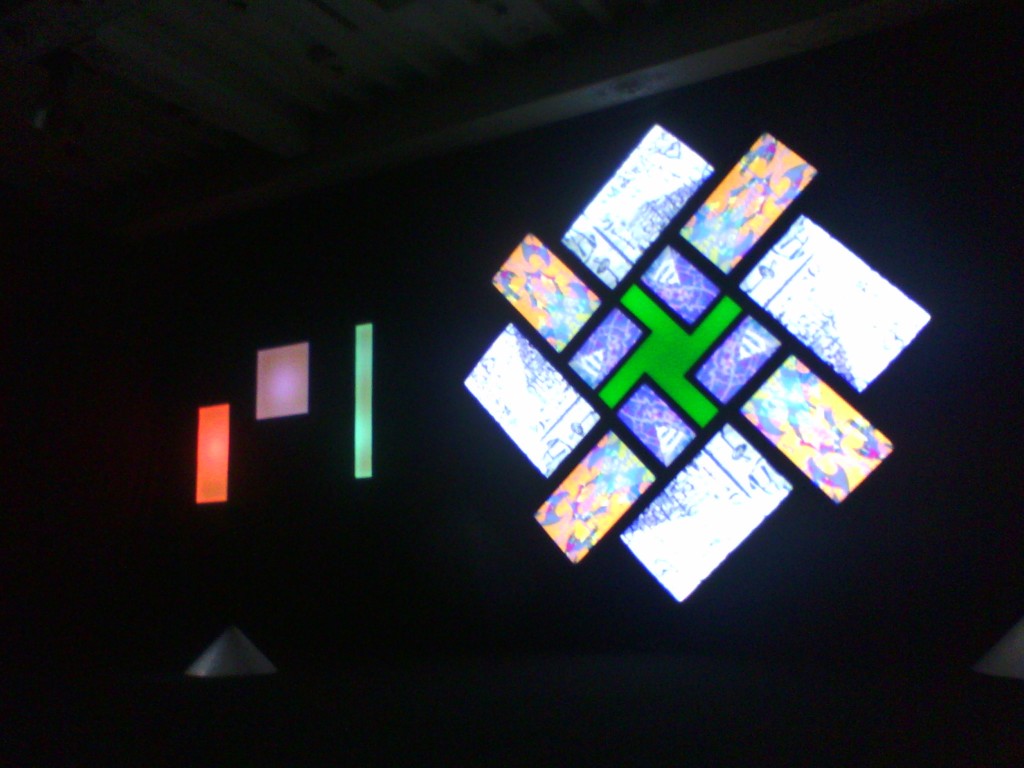 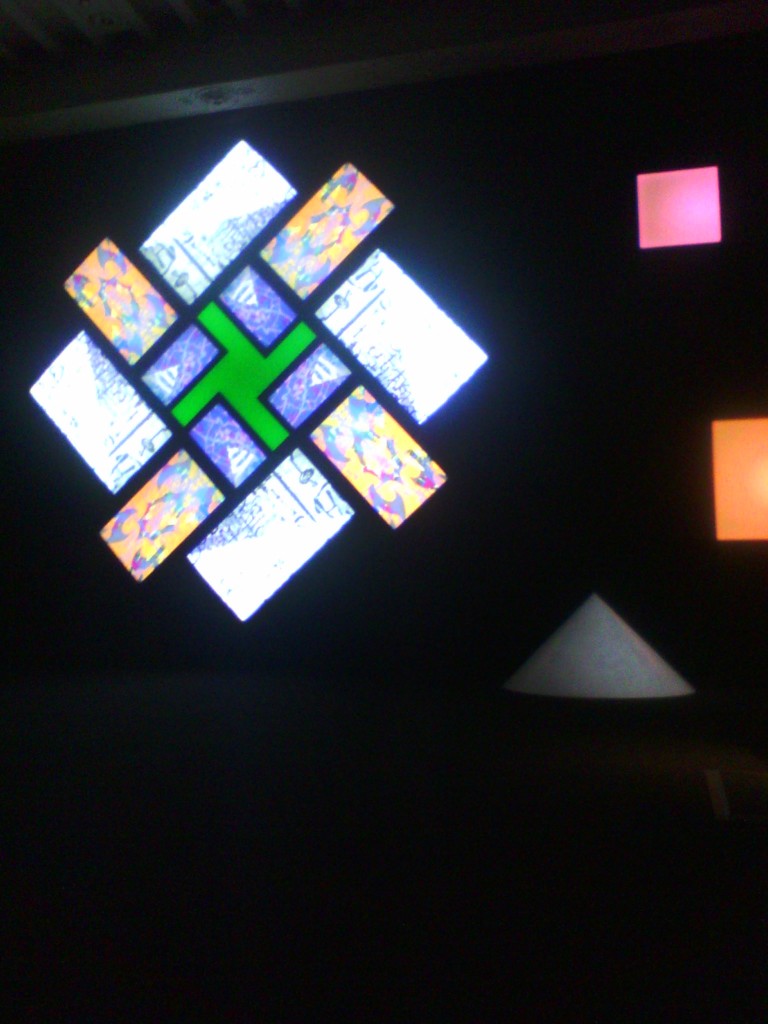 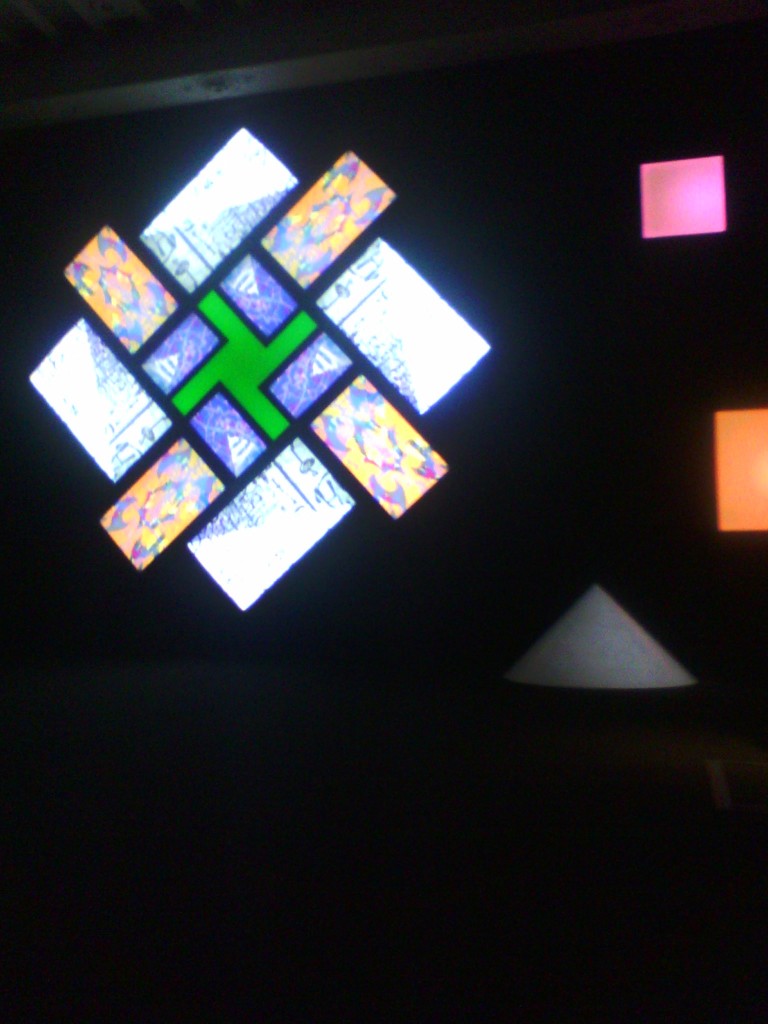 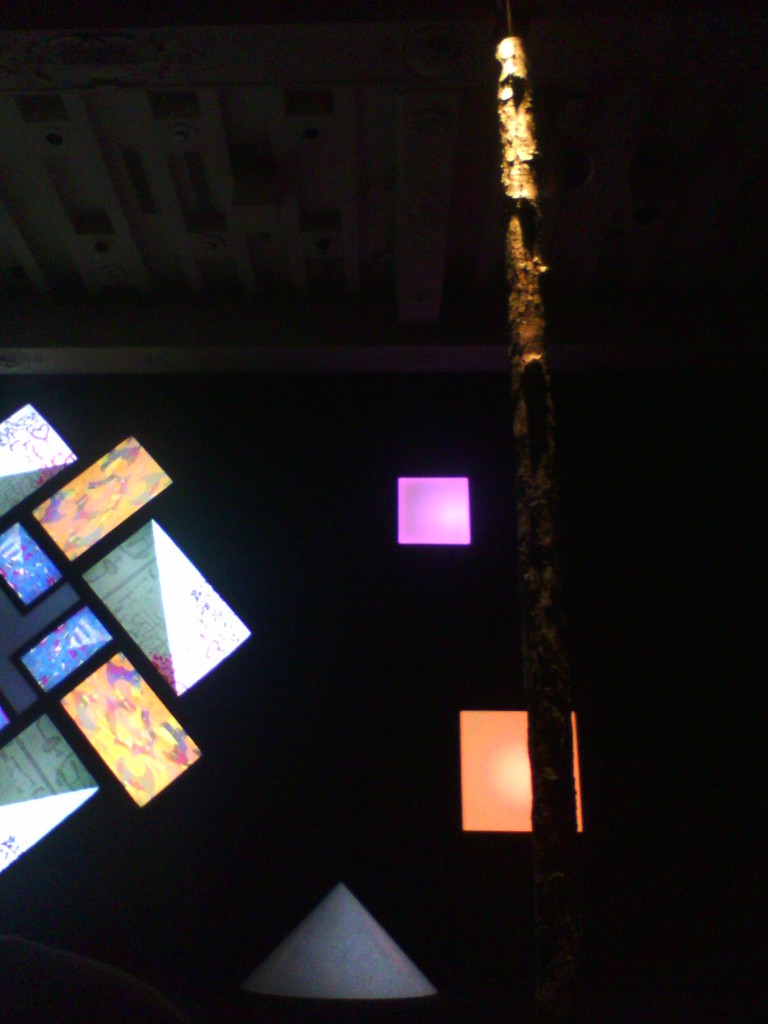 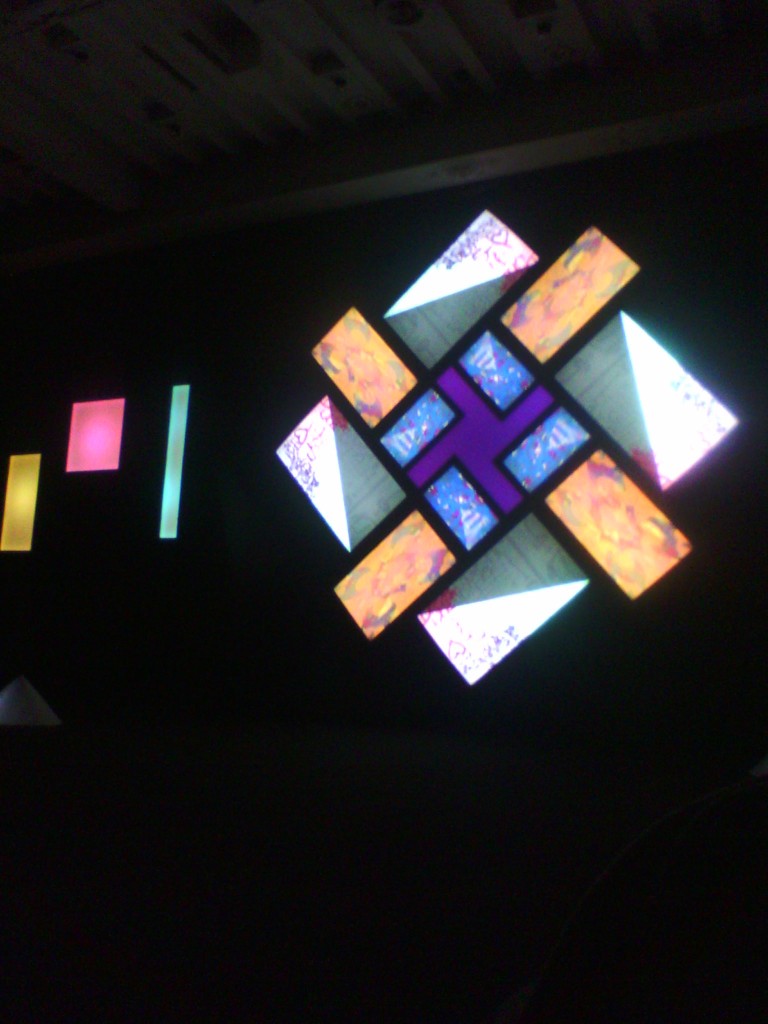 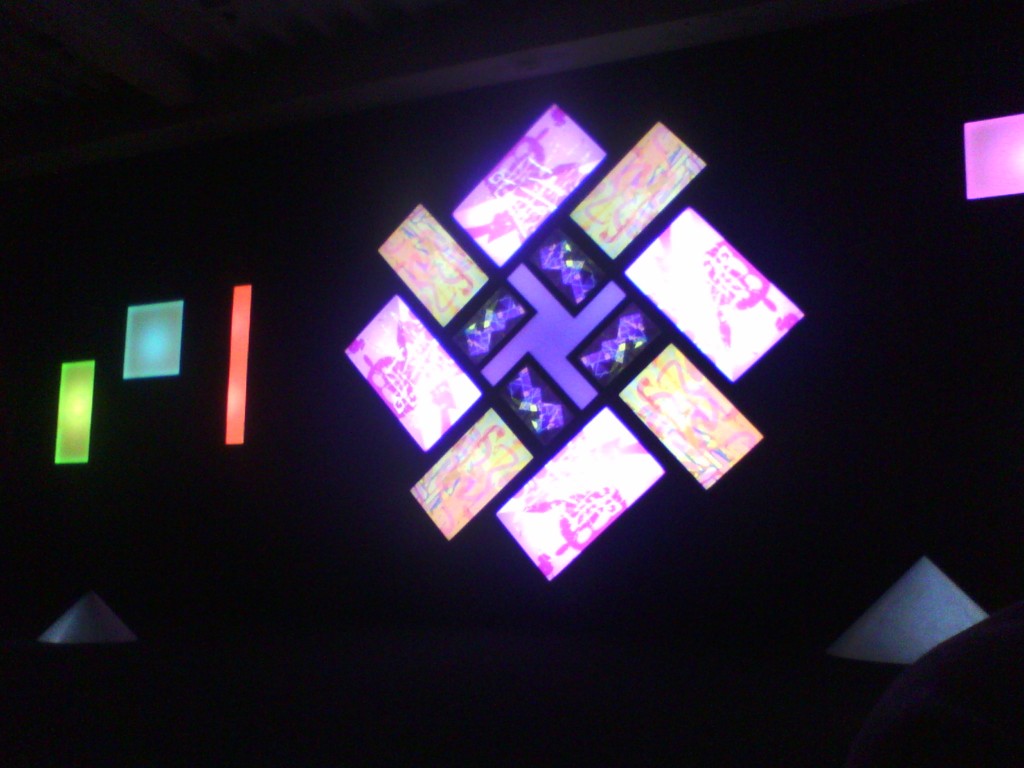 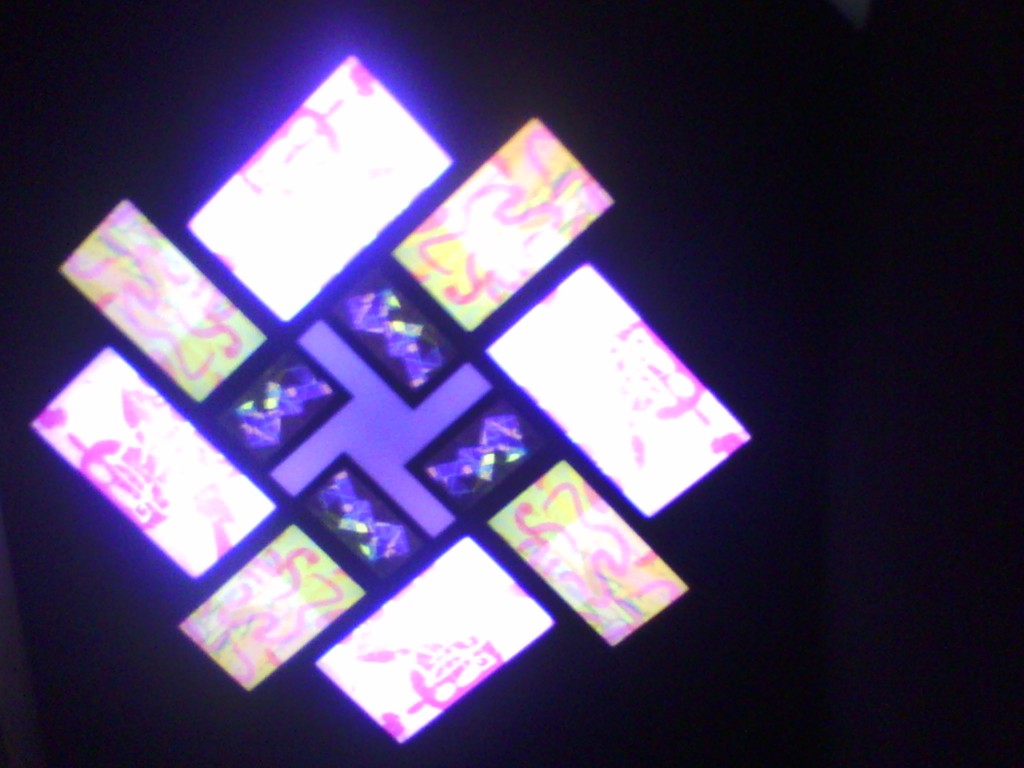 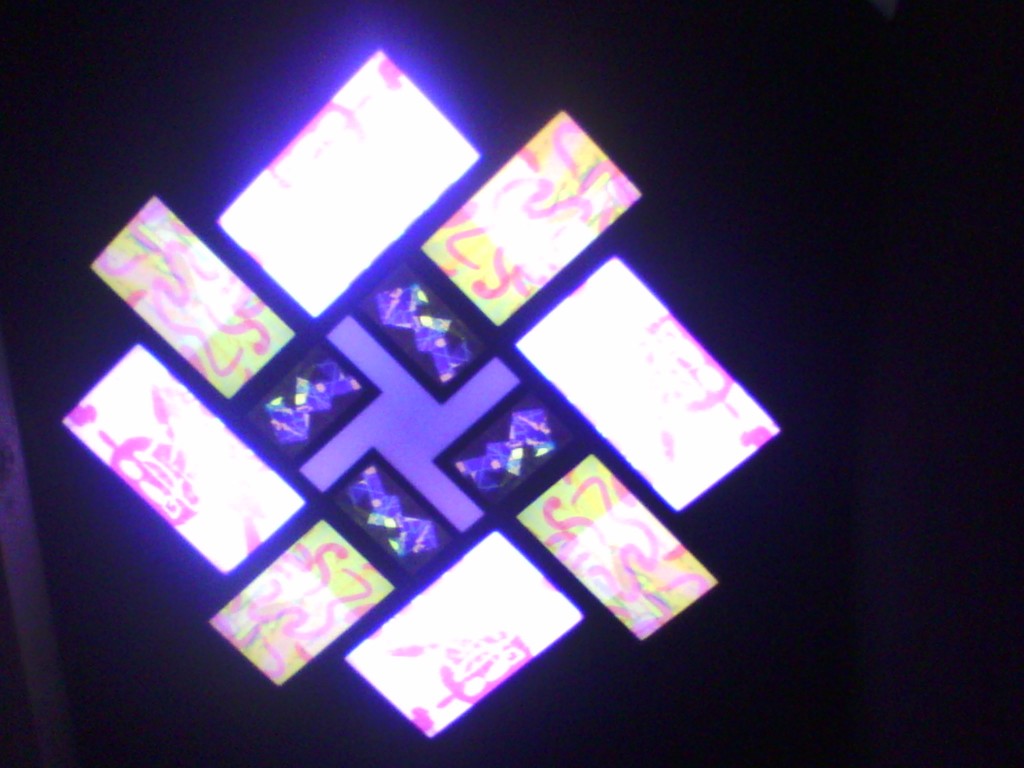 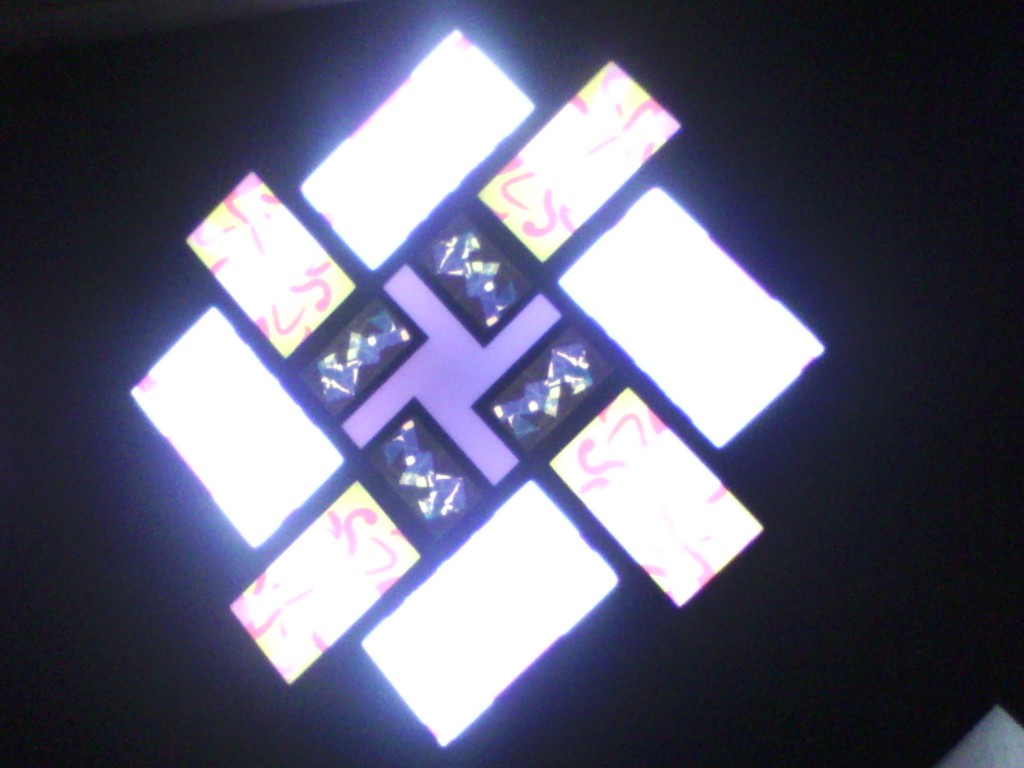 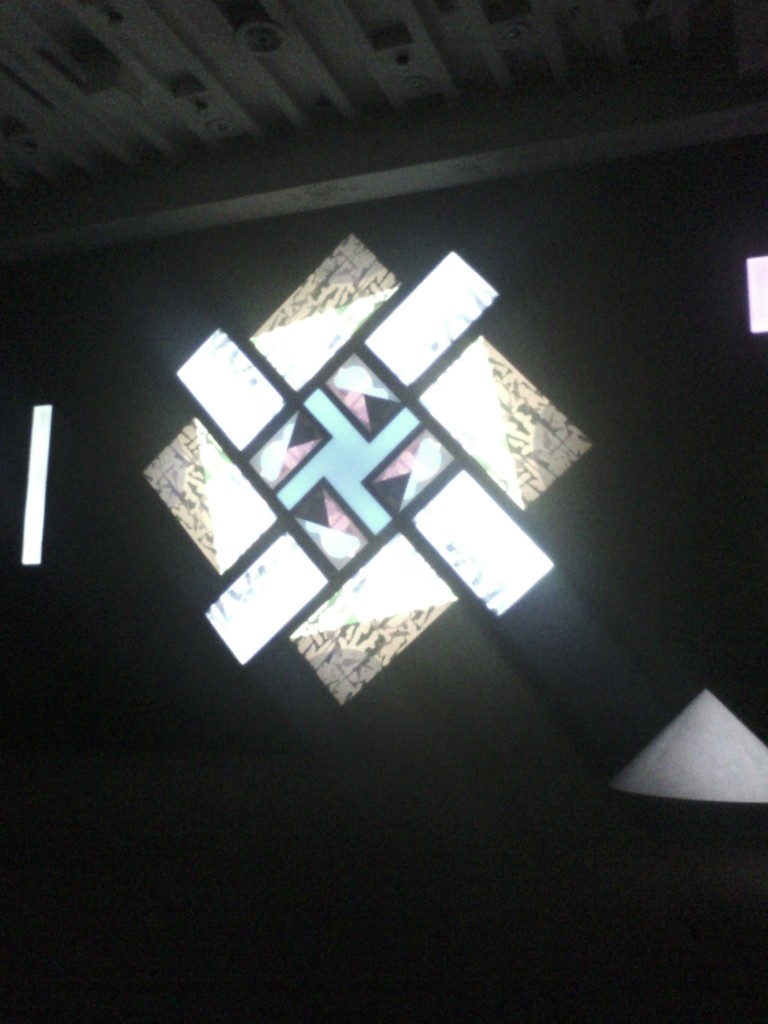 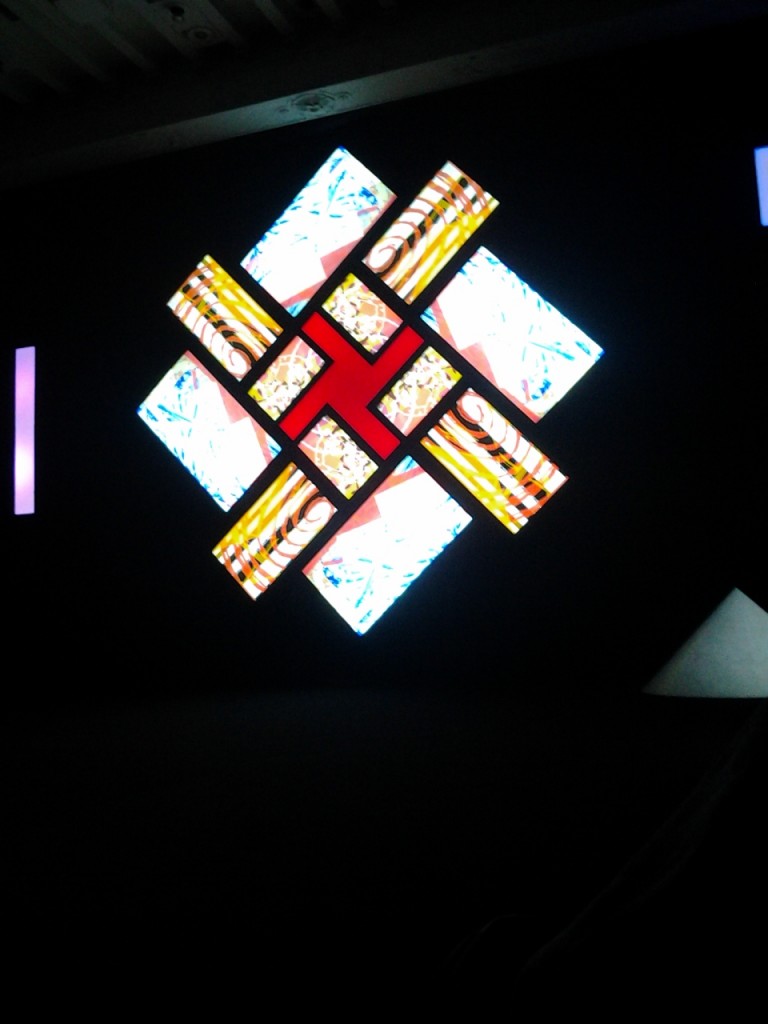 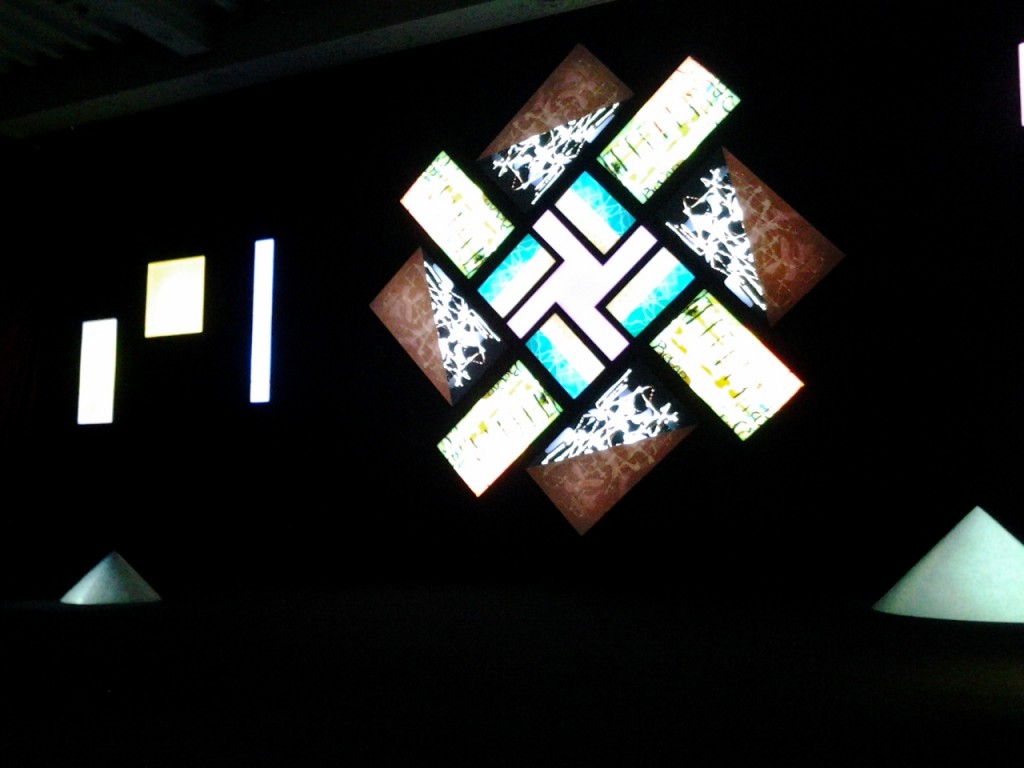 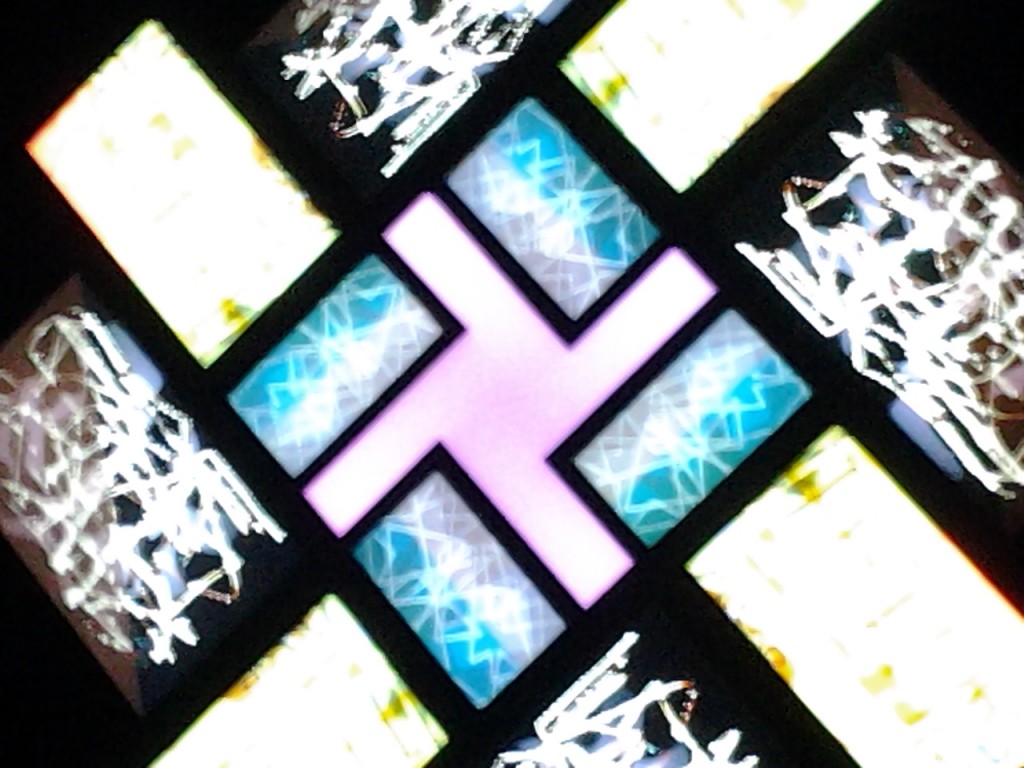 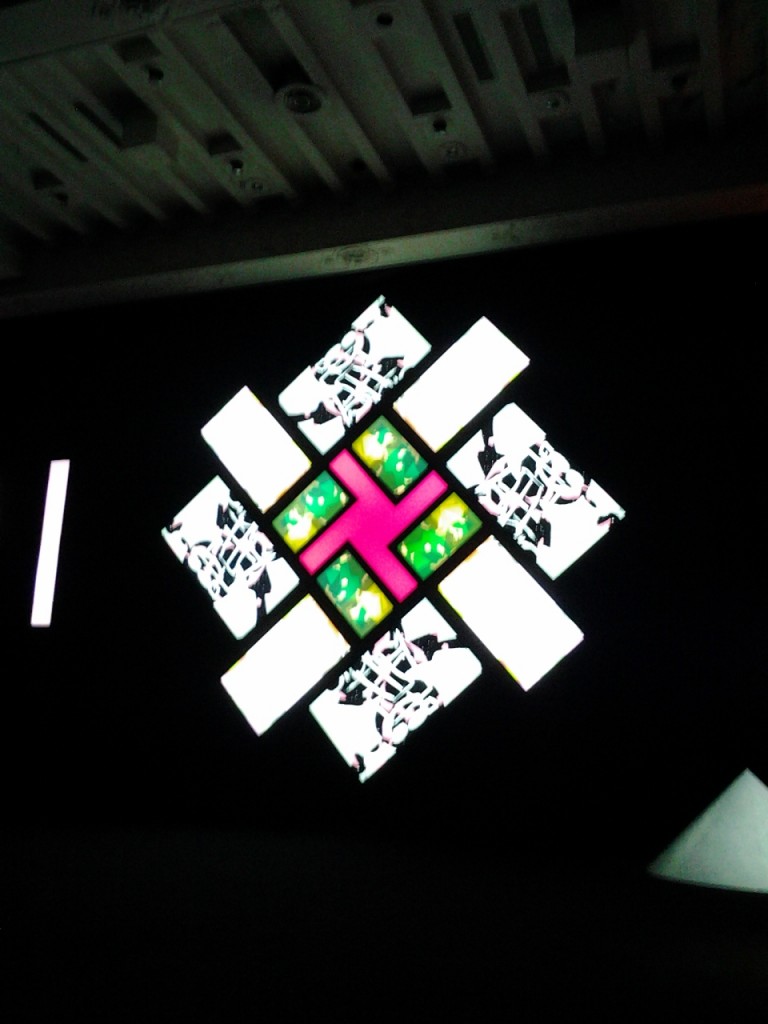 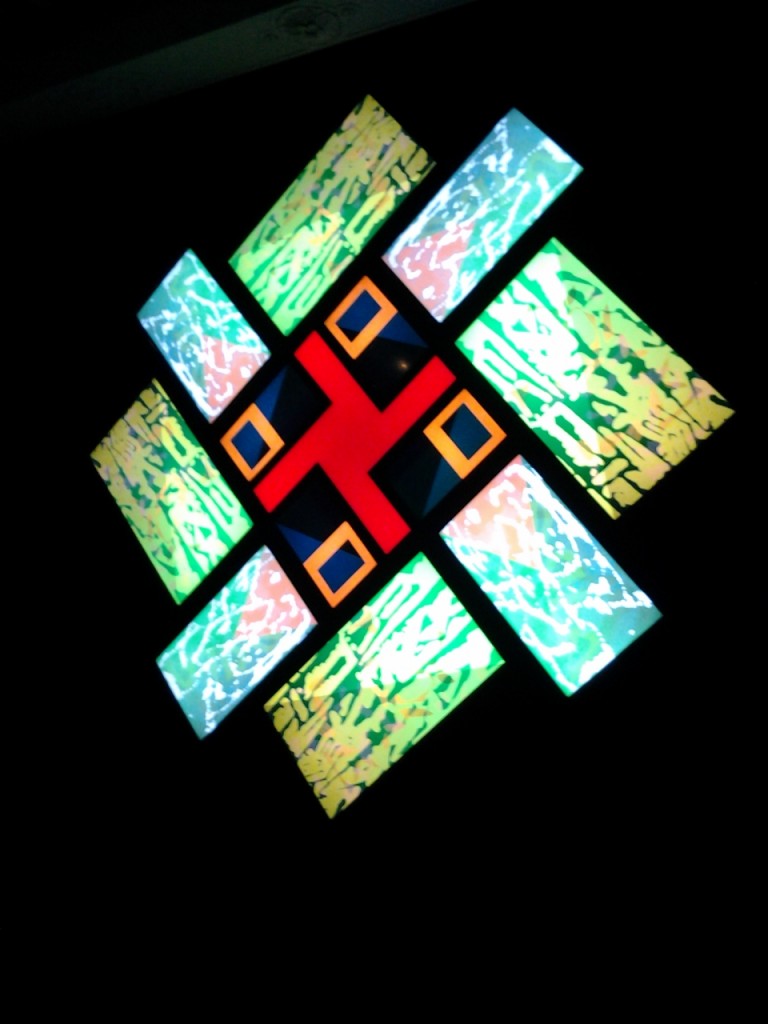 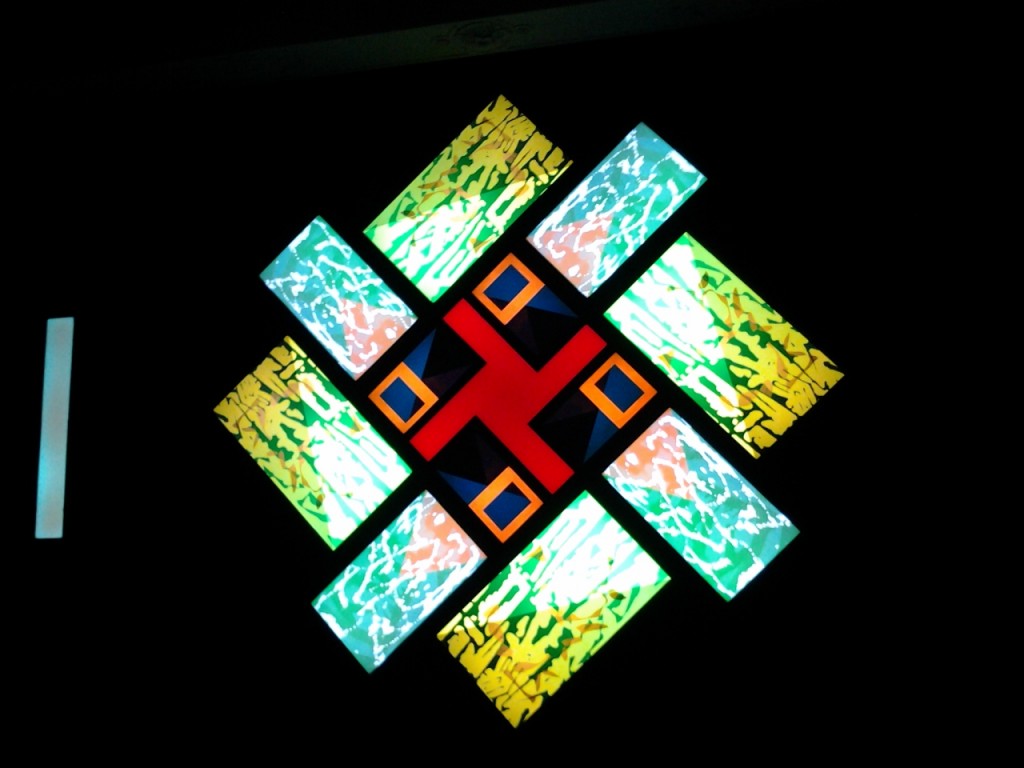 I think this was the soundtrack to the installation.

Well yesterday was a very good day. Of course there were some rough spots, but they only help one appreciate the smooth spots. Bill was home in the morning after driving all night and that seems to be the way of things around here lately. I did hear from Juan in his usual charming text: ‘Lunch today. Pick a time’. I told him that I would be in the city. I set about my day getting laundry done and basically talking with Bill. I was in no rush to go out and have lunch and take away from my own time schedule.

I did head in a little later that I expected, soon after Bill headed into the city. I took the Path train in and I got off at Ninth Street. I decided to walk down Tenth Street which turned out to be quite pleasant. I walked over to the Cooper Union and asked about picking up my ticket from ‘will call’. Anything to save some money instead of paying the service charge to mail the ticket to me, which is what I should have done in the first place. I was told to come back at 6:00 and it was a little after 4:00.

So I wandered around the East Village. I had some pizza at Stromboli at 1st and St. Mark’s Place but it was not as good as I remembered. Then I walked over to St. Mark’s Bookshop, all the time totally ignoring St. Mark’s Place which I used to enjoy. I bought a copy of Uncut magazine and headed out into the bright spring day. I sat in some shade and read Uncut as I smoked a cigar and anxiously ran down the clock which was certainly taking it’s time. At 5:55 I made my move.

On the other side of the Cooper Union building was a line. I asked the head of the line if it was for will call or whatnot and the guy replied it was for everything. I walked over and got on the end of the line which was not the end of the line for long. Two guys in front of me kept letting their friends join them on line and it went from four people and stopping at eleven people jumping into the line. Behind me other people were doing the same. I played my iPod so I would not have to listen to them.

Finally the line started moving and I was inside. The great hall were the lecture was taking place is below street level and it is where Abraham Lincoln made a famous speech. I found an empty seat right next to a column, giving me a sightline to see Brian Eno but the other columns in the hall cut off half the screens positioned on either side of the stage. Brian Eno came out and the discussion was all about his life basically, Eno narrating the slides as he went along.

He was genial and self-effacing and also running behind schedule which he mentioned a couple of times. He didn’t rush things but he may have skipped a few slides. It was a lot of fun and over soon enough. On the way out we were handed posters of a painting of Brian Eno and I duly grabbed one. I would have grabbed one for Chaz but they were quite tight with the free posters.

I hurriedly walked back to the Path train since there was a plan to meet up with Juan to see Youth Lagoon at Maxwell’s. Juan hipped me to them last week and they sounded intriguing enough to check them out. My phone battery was low so I texted Juan about that and that I would check again when I got back to NJ.


I did go to Maxwell’s to see Youth Lagoon whom Juan told me about last week. I am glad I went, they were very good. They looked as if they could. They were able to pull off their sound on stage which was quite impressive. 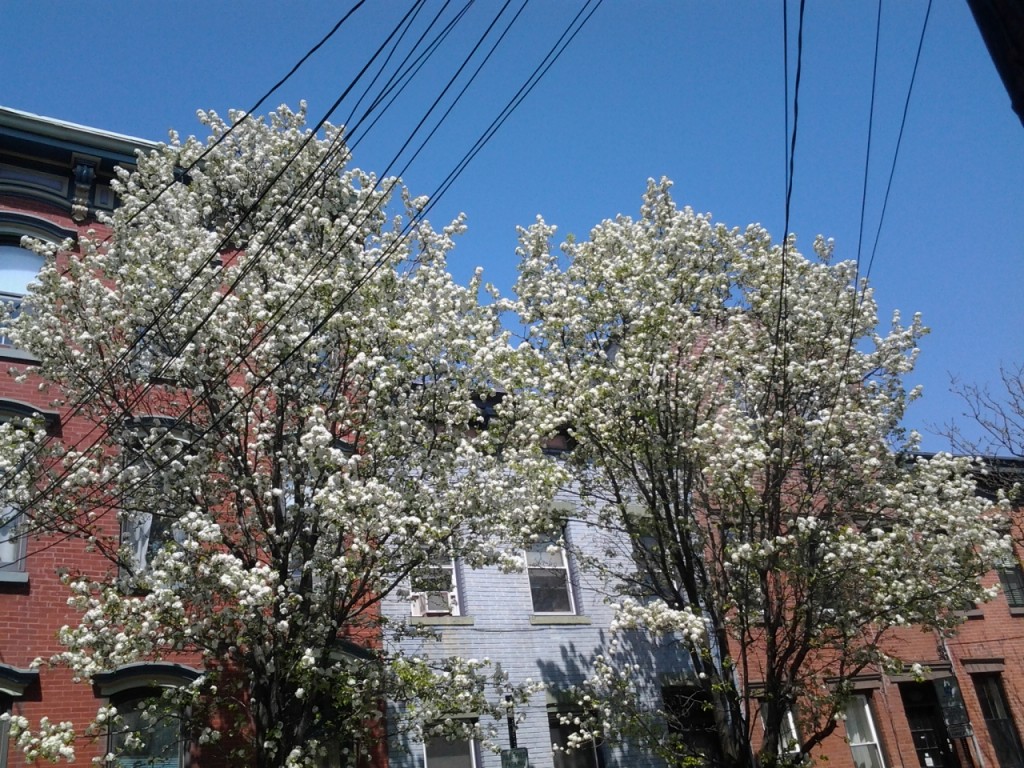 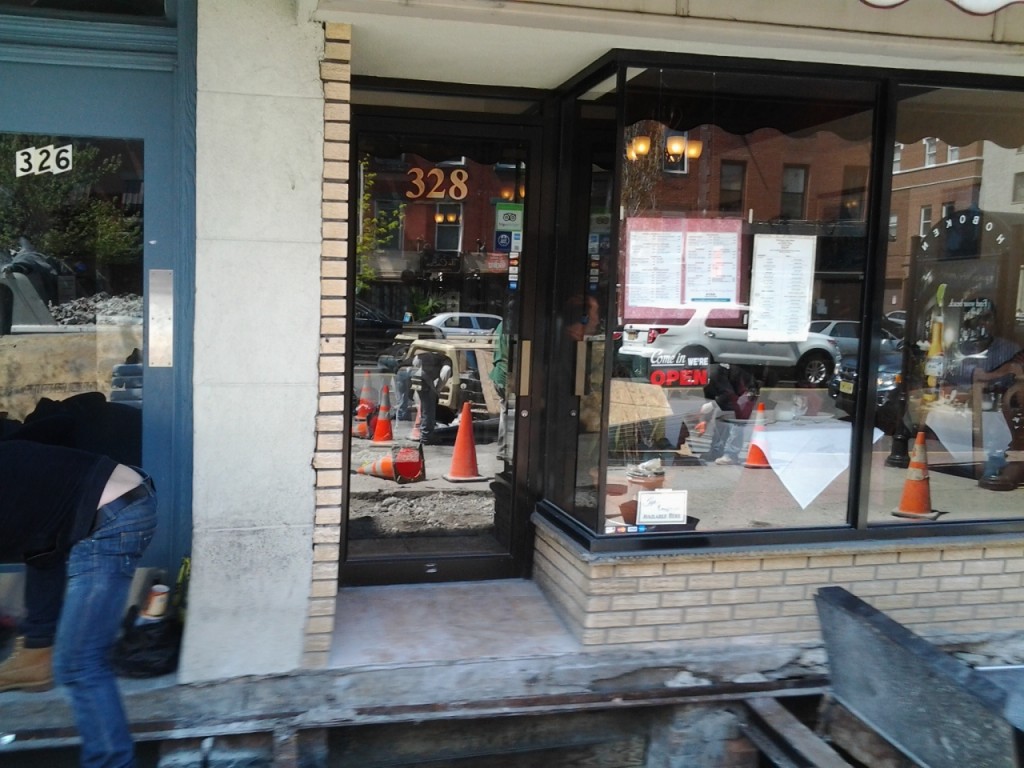 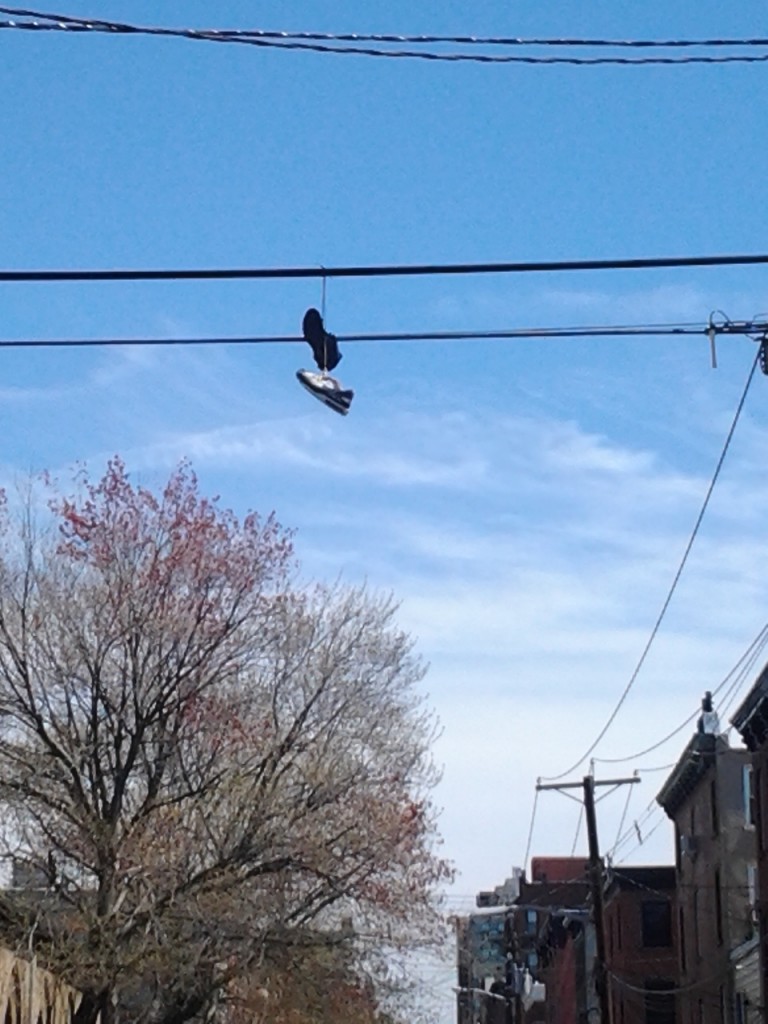 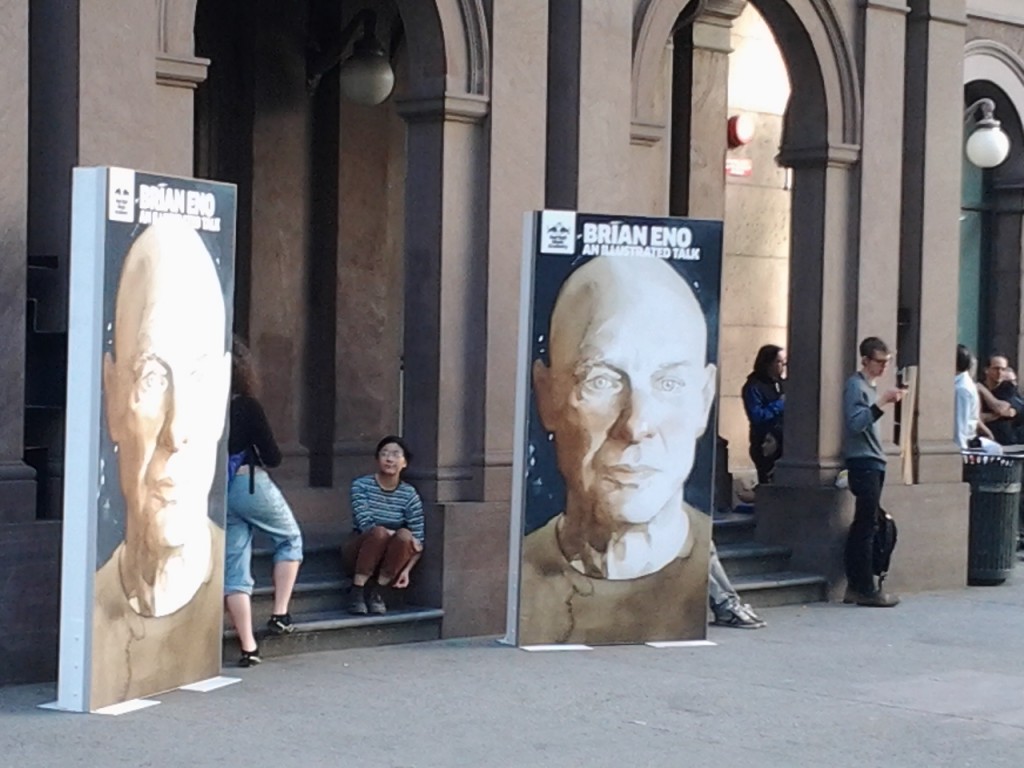 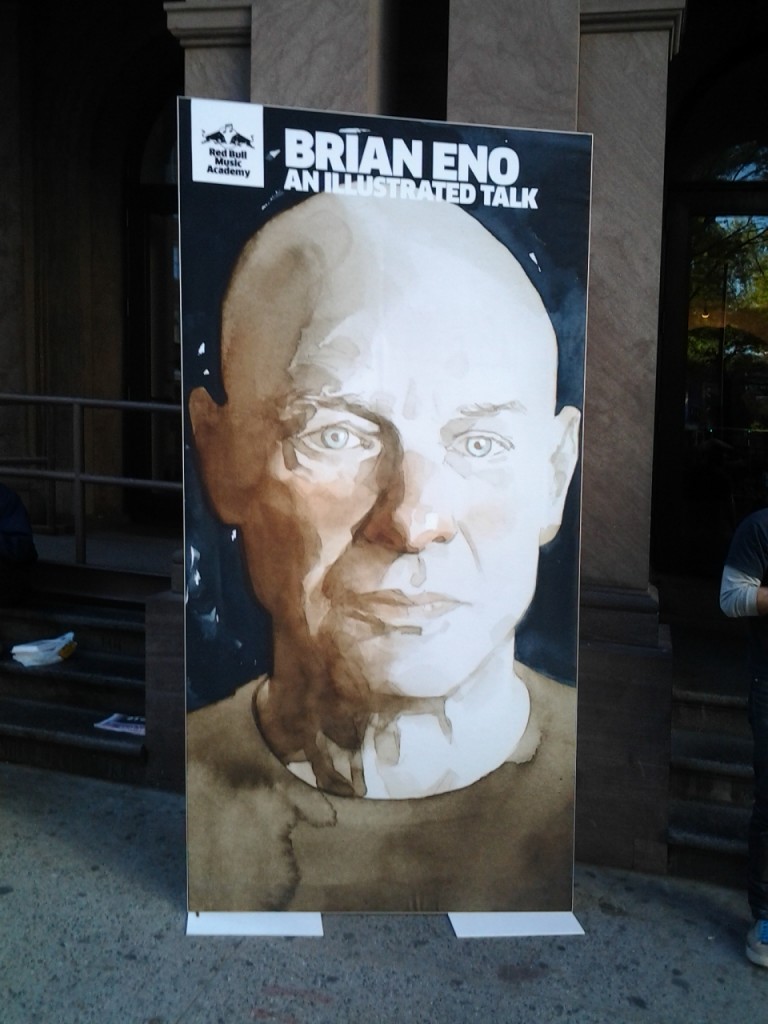 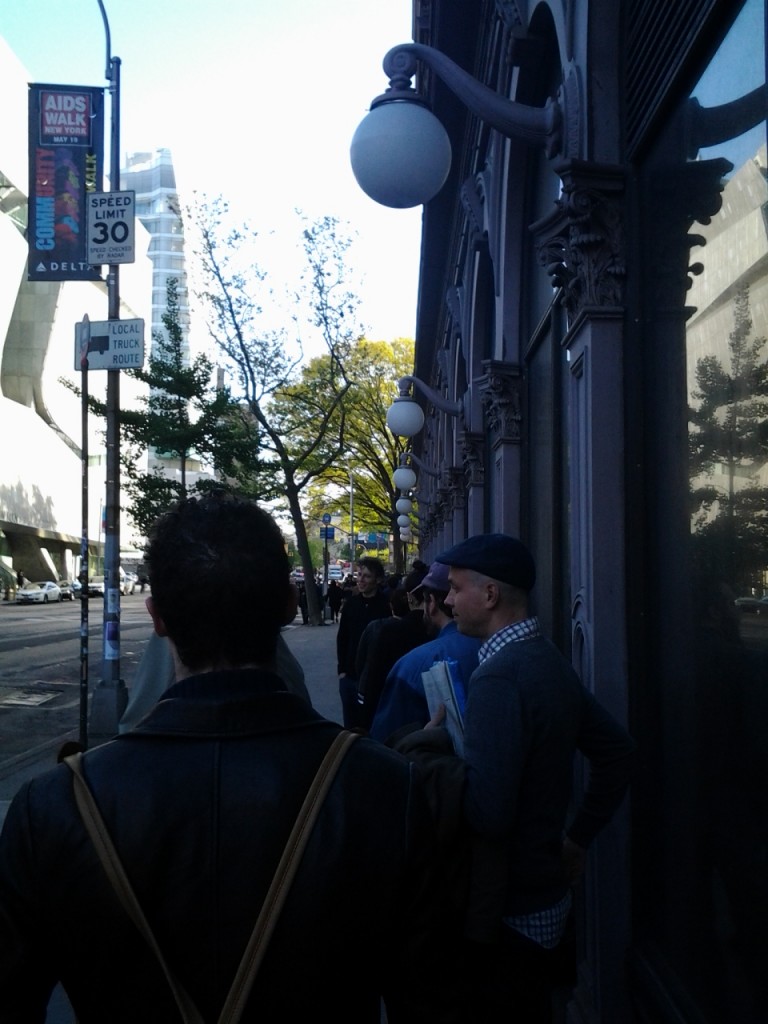 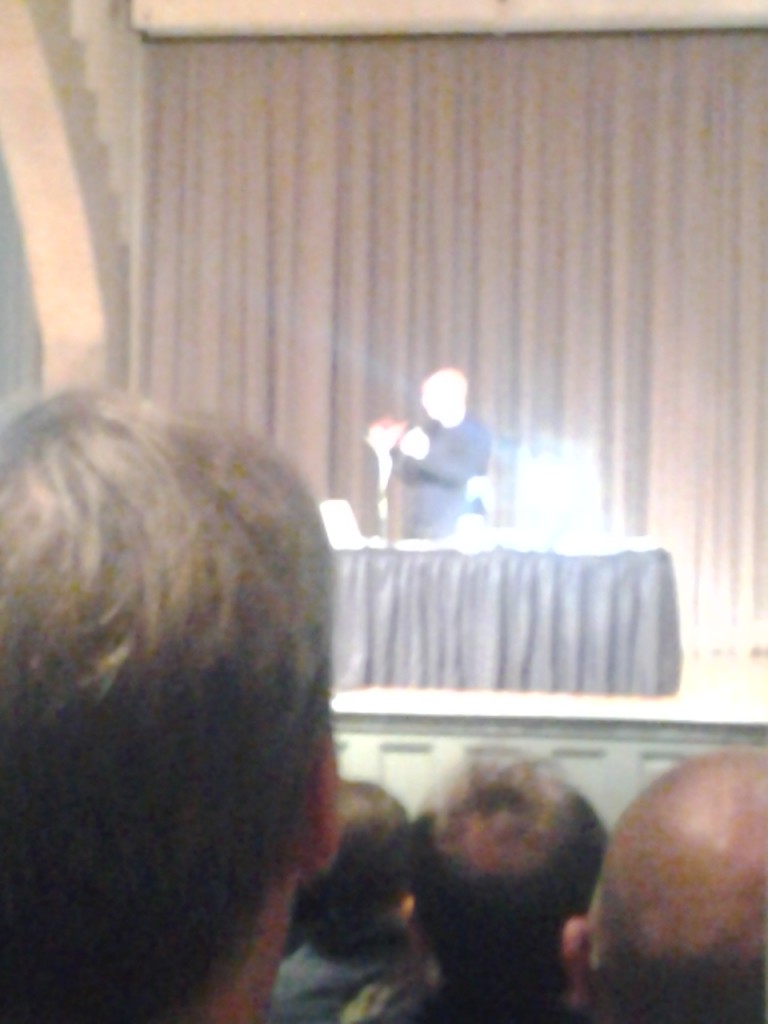 This was as close as I got and that’s fine since I did work with Brian Eno almost 20 years ago.

I think next time I will honor Juan’s request and post photographs of Nimrod’s prescriptions from Bayshore Pharmacy in the Atlantic Highlands. See the posting featuring Tina the Tiger and a grammar school principal!
from 3/4/2013 (when Spider Juan tearfully and franticaly sent me the pictures)

Then again if I was tweaking all the time I might have a warped perspective on things too.

So all the photos Spider Juan sent are posted on the date that Spider Juan tearfully and frantically sent them to me, March 4, 2013.
Cut n’ paste.
http://johnozed.com/?p=16074