Got to do what you can to stay alive. Though I would rather work in an office environment, I am working retail, doing what I can to make ends meet. It’s a Saturday night, I just got home from the cigar shack. The weather outside is wet and breezy.

Umbrellas are of no use since it’s a drizzly mist going on and the wind blows it whichever way it wants to go. It was relatively dry when I left the apartment this morning. I saw Bill for a few minutes before I left. He came home and went right to bed as I was getting ready to leave.

I made it to the bus stop and while enjoying a cigar I texted Julio to ask him if I could borrow some items on Monday, specifically a ladder and a drill. He called me back, asking why did I need the drill and would I need bits.

I explained what it was for and he’s such a handyman, he started talking me through the process on using anchors and specific bits. Always helpful, that Julio. We chatted a bit more and I got off the phone since I was getting on the bus, telling him that I would call him back in a minute.

I called Julio back once I got on the bus, and he had some pretty big news to tell me. He & Stine have closed on a property in Hoboken. They needed more space since Alexander is a growing boy and who knows, they might need even more in case they decide on having another kid.

They are debating whether to keep the apartment in my building. Julio doesn’t see the point, and Stine sees a place for friends and relatives from Denmark and elsewhere to stay when they visit.

It was interesting news indeed and while happy for them I am also sad to see them go, even though they aren’t going very far and I rarely see them much these days anyhow. The bus ride into the city was uneventful and I made it in early enough to walk to work.

It seems my knee has gotten a bit better and I did not wear the knee brace when walking up to the cigar shack. I did get an egg sandwich on my way which was quite nice. It was a nice enough morning as I listened to New Order.

I got to the cigar shack early enough and punched in about 20 minutes before I was scheduled to start. I immediately hit the ground running and after the first customers, Thomas came in and joined Bradley and myself.

Then we waited for customers most of the day. It was raining out so that meant I was staying indoors for lunch. I sat in the man cave and read Uncut magazine, all about the life of Steve Marriott of the Small Faces and then Humble Pie. Sad story.

After lunch things had slowed again with flurries of customers and tire kickers. Bradley left for the day leaving Thomas and myself to stand around and clean things up. It was that kind of day. There was some hubbub at the bus terminal when I was heading home. One of the ramps was closed so buses were queued up going in and going out.

A trip to the grocery store to get distilled water for Bill and then all of a sudden I was home again. And quite happy to be here. Tomorrow is Sunday and I am working but once again, I will not be writing unless there is something extraordinary to write about. Like driving a truck for US Beef or something. 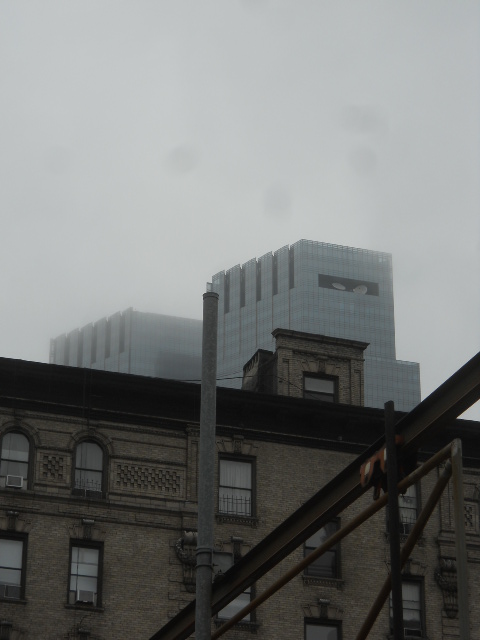 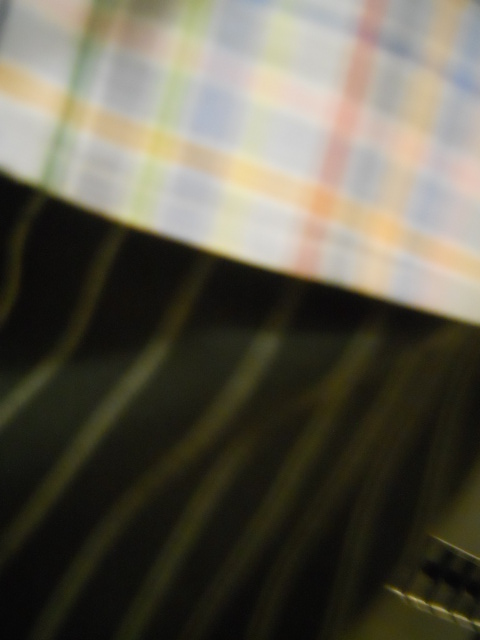 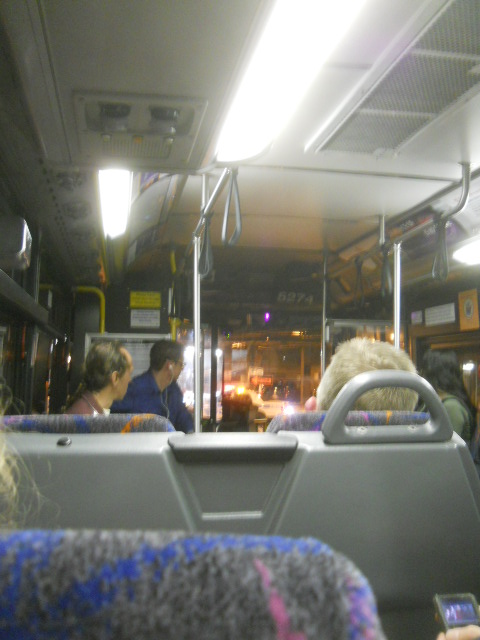