Well I did go bicycle riding today. It was good to do. I find that Jersey City will marginally better than Hoboken with regards to bicycling, getting to Liberty State Park can be incredibly frustrating. There is no signs directing you to the park and there are several dead ends.

At one point I rode my bicycle about 200 yards through a deserted parking lot only to find the exit or perhaps the entrance gated shut. Had to turn around and pedal back 200 yards. It wasn’t that bad, just frustrating, because I could see the path to the park on the other side of the gate.

It was a beautiful day for a bike ride. I went solo after posting what I was about to endeavor on my Facebook page.

After the headache last week, not just from you know who, but from someone else about not being invited to see Adele Bertei with the Raybeats, I once again decided to do something alone. If someone wanted to join me, that would be fine. If no one did I’d still be going by myself anyhow.

On the way to Liberty State Park I stopped by and checked out the Jersey City LGBT Pride festival at Exchange Place. It was as it was last time I went there. Lesbians, gay men, bisexuals and transgendered folk wandering around.

The only good time I’ve ever had was with Juan a few years ago. Going by myself I found myself apart of community that I generally support and fight for. It’s always been this way ever since I can remember.

With the Gay Activist Alliance of North New Jersey back the early 1980’s in Teaneck, most of the other people don’t have anything to do with me. Maybe it’s too much pride on their part or maybe it’s simply not enough pride on my part.

I stood around this afternoon, not scowling but with a bemused look on my face.

Some guys worth checking out and as usual I am oblivious when someone is checking me out. If I’m walking with Bill, Bill usually points out that such and such a guy was just checking me out. He jokes that he ought to do something about it and I usually no idea what it is he’s talking about.

I didn’t stay too long at the festival. I checked out the stalls where various people and groups had things to sell or sign up for. I bought nothing and signed nothing. I did watch an evangelist with a megaphone condemn all attendees while standing next to a bloke holding up a sign that said ‘Fuck This Guy’ with an arrow pointed to the evangelist.

The ride to Liberty State Park was next and after winding my way through side streets I found my way there and treated myself to a Mister Softee ice cream. Not much place for shade in the park though I did eventually found a spot.

Hard to believe it was a year ago that I was there for the All Points West concert. Couldn’t figure out exactly where it was.

No silly shirts and bike shorts advertising some company for me. I’m not practicing for the Tour de France, just out for a leisurely bicycle ride.

I do think people are really oblivious to what is going on around them, or where they are. I almost hit a few people despite honking my horn loud enough to let them know that I was approaching. People are stupid.

Now I’m home, just had some chicken, with penne past and pesto. Heading out in an hour or so to see the Neutron Drivers at Maxwells.

Not writing tomorrow. So you can have the day off from my life’s minutiae.

Me? I’ll be working at the cigar shop. 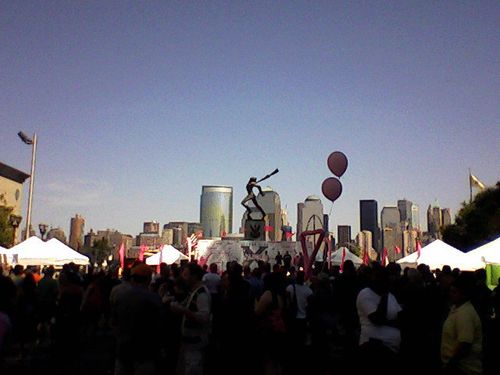 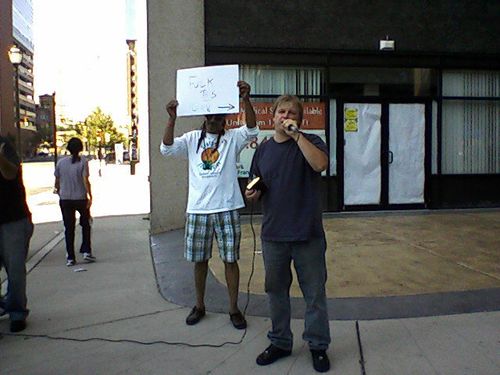 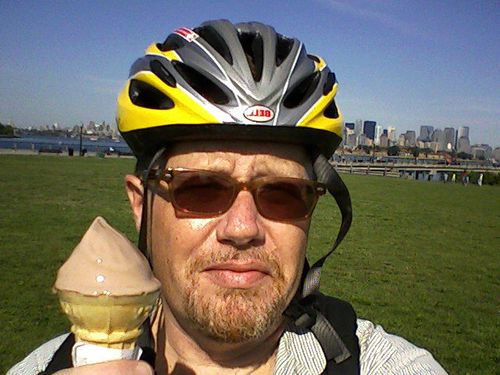 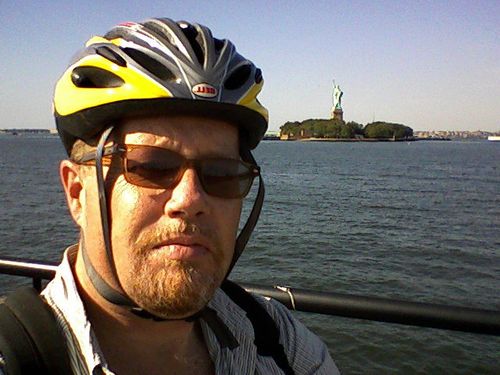