On Facebook there is a theme, put up a photo of a celebrity that you look like as your profile picture. I can’t do that there, but here I can do it. I’ve heard that I look like Philip Seymour Hoffman & Drew Carey.

At the play reading I had participated in the other day one of the audience members said I looked like Jim Carrey, then he corrected himself and said Drew Carey. 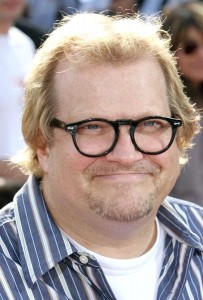 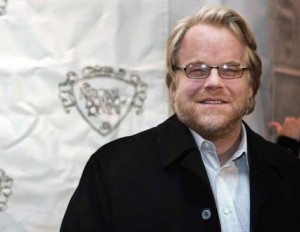 I do feel slightly insulted when I hear Drew Carey.

One time, years ago I found myself in a gay bar on the upper east side on 58th street called Oscar Wilde. It was the only gay bar that I knew of that served Guinness at $4.00 a pint. One night I’m just hanging out after work and next to me at the bar is a very drunk patron who claimed to be Carlo Gambino’s son. 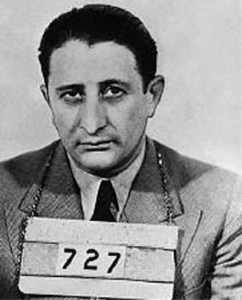 I just nodded slowly as he slurred his words. On the TV at the end of the bar was an episode of the Drew Carey show. The younger Gambino turns to me, then to the TV, then back to me and says, ‘You know who you look like?’

I knew exactly what he meant even though that, I believe was the first time I ever heard the comparison. I guess the reason I would prefer to be compared to Philip Seymour Hoffman is that I prefer his work to Drew Carey’s.

The other day after hearing about J.D. Salinger’s death, I read a few obituaries bout him. One of them mentioned a fellow college student of Salinger’s recollection of Salinger walking around the college campus wearing a black chesterfield and walking with a cane saying he was going to make literary history. 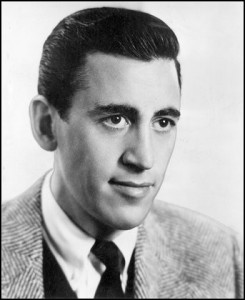 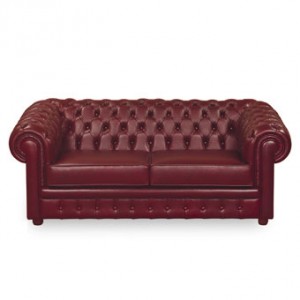 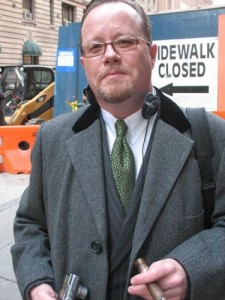 Me, not Drew Carey nor Philip Seymour Hoffman wearing a Chesterfield, not a couch

And I suppose he did. I never read The Catcher in the Rye. Most people have to read it in high school but I didn’t. I don’t think it’s because I went to a catholic school since I think other classes did read it. Not sure if I missed anything.

It’s been a cold day today. Only went outside once or twice. And that was more than enough. Too bitter outside. Bill is driving to Atlantic City tonight once again. I’m content to stay home.

I figured out why my feet are so cold in the apartment. Cold ceramic tile above an vacant, unheated apartment. Well that is what Julio mentioned the other day.

I just had a nice spaghetti dinner with some home made sauce that Stine made. Quite nice and perfect for a cold night such as this.

Beast of Burden, a reading.

4 thoughts on “Beast of Burden”