I of course didn’t have a costume. It took a lot for me to get out of the house. Bill had gone to be early and I was content to do nothing. Rand called and texted me, effectively cajoling me to go out. So I got my act together and headed out. It was a Friday night and walking up to McSwells I thought about how rarely it is that I go out.

I used to work at McSwells on Friday nights as a bar back so I didn’t really know how things were on the outside. Perhaps it was different then, but last night there were mobs of people in their Halloween costumes all queuing up to get into various bars and pubs. When I lived in Weehawken I really didn’t go out on Fridays. I was definitely content to stay in an do whatever it was that I used to do, which was watch TV and play with Zed.

I had my ID checked at the door which should have been flattering and then waited for a pint of Guinness. $6.00 a pint and with a tip it made for $7.00. Found Rand and Lisa and Lois in the back all dressed up. On stage was a woman dressed as Sarah Palin singing what may have been a Carpenters song.

It was my first time at karaoke and it wasn’t quite what I expected. Not that it was bad or anything like that, just that I expected something different. I felt a bit out of place not being in a costume but then again I wasn’t planning on staying long. I didn’t understand whether people are really bad singers, or just mangling a song because they could.

I’m sure there are different types of people that go to karaoke. There are the ones who do their best and take it very seriously and then there are those who are simply out for a laugh. I understand both camps. I did entertain the idea of getting up on stage and singing a song, whether faithfully or interpreting the song as a way of overcoming my terrible stage fright. But last night wasn’t the night for me to do that.

After a long wait for a second pint I saw Lois sing Money (Thats What I Want). Money as well as human flesh is what she actually wanted. Rand and I joined in from the audience with Lois’ request for human flesh. Unfortunately the karaoke machine broke down in the middle of Lois’ song and as a way of making it up to her offered another song to sing. 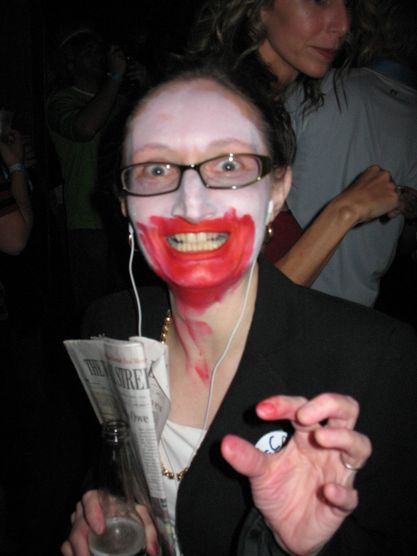 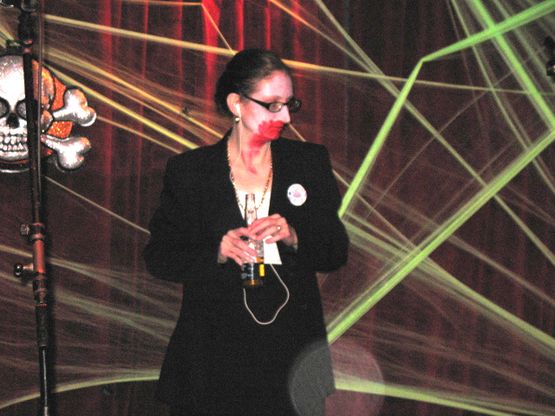 Unfortunately the song was One Eyed One Horned Giant Purple People Eater which wasn’t the same thing and a bit lame. Who knew there were actually lyrics to that song?

I had enough by then and didn’t feel like waiting a long time for another pint so I made my exit after wishing Rand and Lisa and Lois a good time. I would have stayed to hear Rand and Lisa sing but I was getting cranky. Two pints seemed to be enough for me and I wandered on home, avoiding groups of costumed revelers.

Bill was still fast asleep, he didn’t even realize I had gone. I watched the rest of Bill Maher and then went to sleep myself. Got up ran some errands, saw Linda the former cashier at the supermarket who hung on my arm as we walked into the store. She then went her way and I went mine.

After a few hours I went out and bought myself an Obama as Superman t-shirt to wear to the B-52’s tonight, then walked over to the Obama Headquarters where I phoned over 100 people in Kearny to remind them to vote on Tuesday.

Mostly I left messages and only spoke to two McCain supporters who I still reminded to vote on Tuesday and to have a good day today. So now I’m just getting ready to see the B-52’s which really should be a good show. 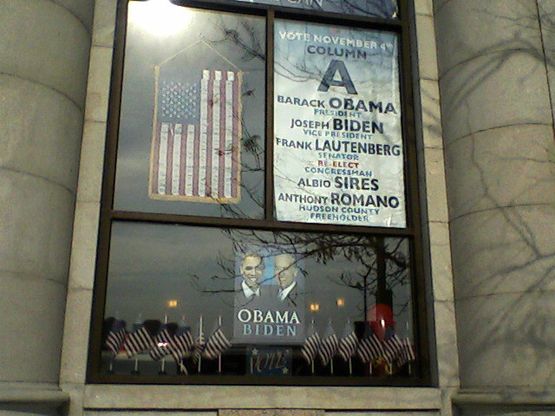