Well last night I was so tired and Word Press was misbehaving that somehow I lost what I originally wrote. Between the lost entry and the one I eventually posted,

I wrote over 1000 words in under an hour. The second one was easier, just reconnecting the threads in my mind of what I had just written. Tonight I am not as tired and will limit myself to over 500 words but under 1000 words.

I slept really well last night, due to playing Frisbee with Annemarie on the beach, some swimming and the stress of trying to get to Bill’s show last night at Joe’s Pub. Of course, I could have used another hour of sleep but that didn’t happen.

Bill was up and at ’em this morning, I was dragging ass. I did get it together and was out the door, making it to work before 9:00.

There were things that should have been done last week, and the intern didn’t know what to do with the mail despite me telling her that the mail has to be delivered to the proper companies when it comes in.

Some of these companies are financial firms and the mail they get is sometimes time sensitive. There was a fiasco of sorts with the conference rooms today and it happened when I was out.

Really arrogant people, forcing someone to move their catered meeting in progress to another room. Incredible! It made me angry that the intern allowed this to happen.

Here’s the scenario: One party by the name of Seth asked me to book the conference room last week for today, from 12:30 to 3:00 and I did.

Today one of the neo-cons booked the same room at 2:00 even though the room was already booked. It’s a scenic room, windows overlooking Third Avenue. The neo-con goes into the room and tells Seth that he has to move.

Seth, being a very nice guy and also new to the office got it all together and moved with his guests. The neo-con’s meeting was an internal meeting, meaning no guests. He could have had that meeting in his office or in one of the other conference rooms, but no, stupid ass wanted the scenic room.

I was very upset, Seth didn’t mind. For me it was the principle and also the fact that the intern didn’t do anything about it, nor did she call me.

I think it all boiled down to the fact that what I call the Large Conference Room is what the neo-cons consider the boardroom.

There is another large conference room which I call the End Conference Room since it’s at the end of a hall and the neo-con when he wrote in his reservation called it the Boardroom which in his mind made it correct when it wasn’t.

There is also another conference room called either the Small Conference Room or the Round Table Room since it has a round table in it. I know this sounds petty to you, the reader but this is what I was hired to do, to maintain the booking of the rooms.

I have no problem kicking people out when it’s time for them to move on and obviously the intern does have a problem with doing anything like that. It more than likely comes from having to get people out of McSwells when it was closing time.

I know, it’s good for the Susquehanna Investment Group, but still my hours are supposed to be limited and I don’t want any trouble when the time sheet is submitted for some fresh Cafe Press T-Shirts.

Anyway, here are some pictures from yesterday’s adventures. 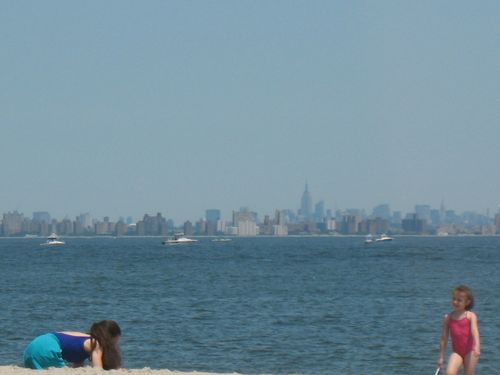 The view from the beach 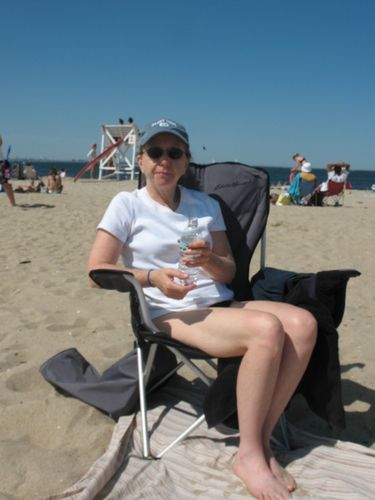 Anne on the beach 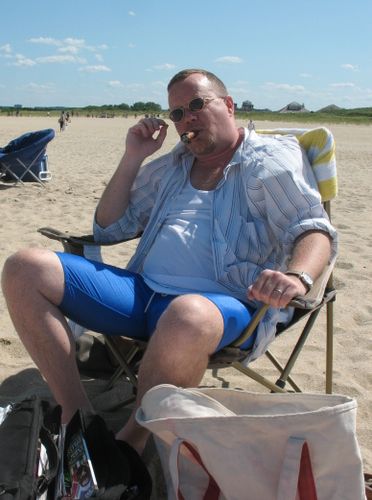 Me on the beach 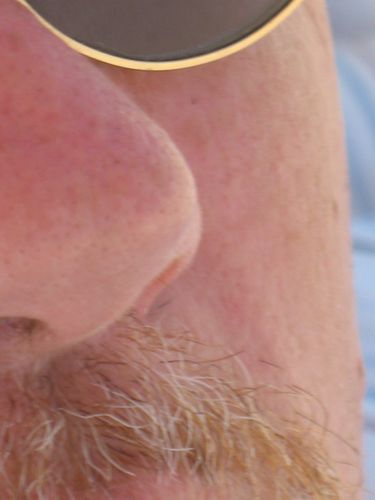 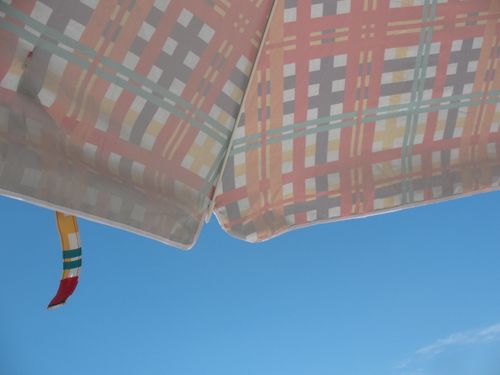 the view from under the umbrella 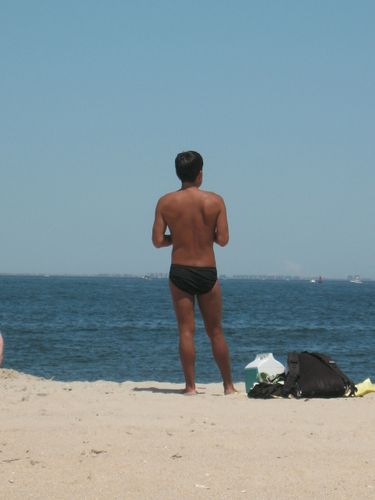 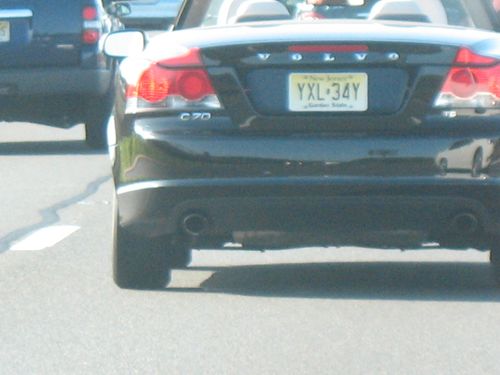 the car of an idiot who was texting & driving 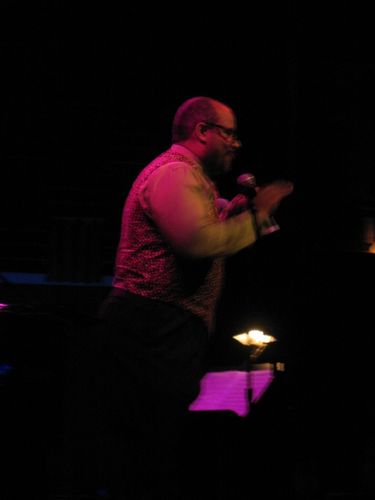 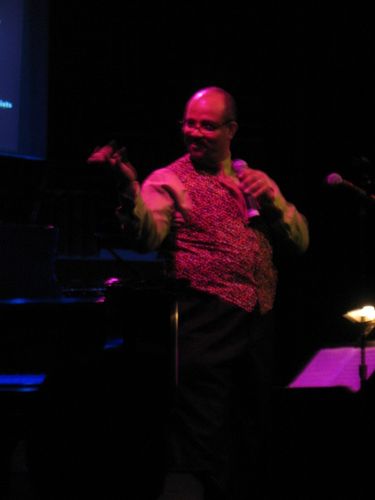 Bill Live at the Hollywood Bowl 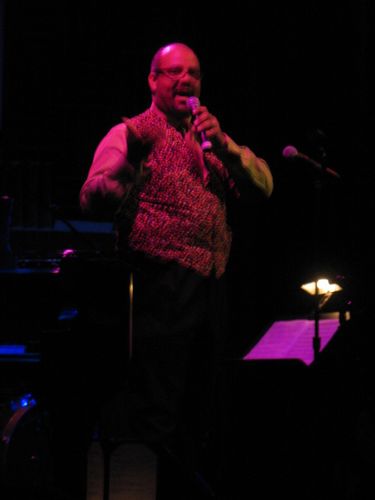 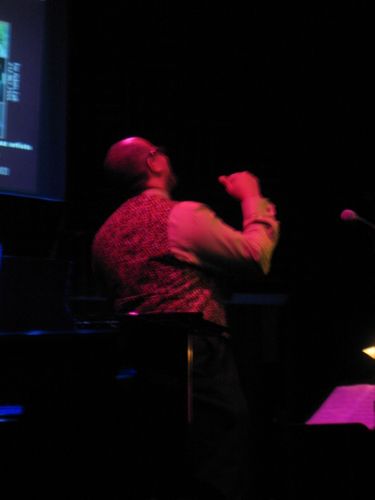 Jeez I’m tired. Skipped lunch and that’s probably why. I don’t skip lunch and it was because I thought I would be out of the office by 2:00 that I didn’t eat.

The reason for that was Greg Stevens. He’s still having Blackberry problems, carrying over from the other day. I couldn’t do much but provide physical support, which meant sitting in Greg’s office while he talked with his actual IT guy in Los Angeles, AT&T customer service, Blackberry customer service and some other service, all on a conference call.

Greg considers me his IT guy in Manhattan which is nice but would make people like Rand and even Bill chortle at the thought of me being in Information Technology. Sure I know a little bit more than Greg which is a good thing, keeps my foot still in the door.

The intern came in today. She was telling me that Abby called her mother to complain that the intern wasn’t taking Abby’s calls. The intern is Asian Indian as well and she got the job since they’re all part of a sub-continental network of sorts.

Apparently Abby has taken to showing up at around 6:00 and actually asked where I was last time he was in. Numb nuts doesn’t know that I don’t work with him anymore. Still, he is welcome to ask, but it doesn’t mean he’ll get me to do anything for him.

Whom am I kidding? If I could help him I’m sure I would, but he’s the type to take my kindness for weakness.

I also found out from the intern that she heard I’ll be working 3 days a week. Well today is day 3. I did get an email from Vivek and I told him that I’ve worked 29 hours so far, and that includes the 2 days I worked last week.

He said that he would give me a Cafe Press T-shirt for my collection tomorrow so I will just have to go in with my sweet kissable taint, hopefully for just a few minutes and then off to the bait shop.

Today on my way home I stopped by the Chasm residence. Good to see Casey and the missus. Casey has a great opportunity tomorrow and I off course wished him well. He’d make a great spokesperson for his invention.

It was good to sit still and hang out with them for a little while. Probably much like Juan felt last night when he stopped by for a spell. A nice visit with friends, not too long.

So tomorrow I’ll sleep late and get to the office around noon which isn’t that bad. And I’ll probably get some work done while I’m there since Vivek as you know from reading these entries is notoriously late.

Annemarie and Earl fly in tomorrow and I already told Julio I need the beach gear since there is a good chance that I’ll be headed to Sandy Hook on Sunday. I’m sure I’ll have to keep on him about that. It will be good to sit on the beach and look at the ocean.

I’m probably going to head out with Rand & Lisa check out some music on the pier at 13th street in Hoboken tonight. He called and I didn’t have anything else to do anyway, so why the hell not?