It’s Wednesday. Not much to report on that. Last night Bill was with some theater friends down by the South Street Seaport. Stayed out and had a few drinks. That’s something that I used to do.

Not anymore, not me. I stayed in, watched The Daily Show, Colbert Report, Keith Olbermann and even some Rachel Maddow.

I also watched a PBS documentary on Don’t Ask Don’t Tell. How the armed forces are depleted but won’t take gays and lesbians. Other countries do, but not the US. Oh no, can’t have that.

They’ll take white supremacists and gang bangers before taking someone who can speak Arabic and could actually help out the situation.

They had some present day soldiers, faces blurred going off to Iraq, willing to die while living a lie for their country. Some sit ins were shown, gay & gay friendly college students who tried to enlist.

The police were called, complaining about how they had better things to do rather than deal with civil disobedience. A few clips of Bill Clinton who introduced Don’t Ask Don’t Tell (DADT) as well as the Defense of Marriage Act (DOMA).

Both issues have been in the news lately and are also 2 of the main reasons why there will be a March on Washington in October. Obama made promises to overturn both, and yes he has a lot on his plate but these are matters that also affect families.

Of course he and the Democratic party don’t want to risk losing elections next year so the gays and lesbians are thrown under a bus once again.

In fact last week, the Justice Department argued against repealing the DOMA stating that Traditional marriage is between a man and a woman. No word from the White House on that, and the LGBT community has a massive flash of deja vu.

Greg Stevens told me he was putting out the word, asking if anyone needs a receptionist, which in a way is a step backward, but more than likely easier to get than an office manager position. Can’t be too choosy these days.

Good that I have some people looking out.

Today was like watching paint dry, and occasionally making a pot of coffee. And it crawled.

Now I’m home, got to the building the same time as Bill. That rarely happens. Even when we’re together I find a reason to hang back and let him arrive first.

No I don’t. Just being silly.

Another night of rain is promised. Can’t get enough of that wet stuff. Nothing planned for tonight. Bill is on a conference call in the next room.

I’m watching the Colbert Report, recorded from last night. Had a fun talk with Harpy. Less antagonistic than usual.

Well if Monday was mentally ugly today was even worse weather wise. This morning, on the way to work it was snowing, then it turned to freezing rain and now it’s just rain, coming down quite hard. It was a mess no matter which way you looked at it. If you had an umbrella it didn’t matter you were going to get wet.

Huge puddles, through which cars would splash making a wave onto sidewalks. I wisely avoided those streets were I knew there would be major puddles. Smart like that, I am, sometimes.

Last night was mellow. Watched O, no RM. Instead watched The Daily Show and The Colbert Report. Both very funny of course. And then I watched Scrubs which is now on ABC. It definitely has a different feel to it.

Maybe because they characters are a little bit older, and it’s also Zach Braff’s last season as JD. They say the show might continue without Braff, but that all depends on the ratings. Tonight is Lost though and I am looking forward to it.

Work was very quiet today. Tom Chin was out due to the weather, Vivek mentioned that he would be coming in, in the afternoon. He wasn’t there when I left a little early at 4:10. It was just me and Greg Stevens.

It seems that I’ve become Greg’s computer guy. At least once a week I’ll hear Greg calling my name and I walk in there and he mentions that his computer is slow, or how do you do one thing or another. I don’t mind, he’s a good guy and with my limited knowledge of computers, I know more than Greg does and that in turn makes me a valuable asset to him at least.

At one point during the afternoon, 3 firetrucks were stopped in front of my building. It turns out there was an underground fire on the next block. There was an foul odor in the air, which was probably the smell of insulation burning. I

n the winter so much salt is thrown on sidewalks and streets that eventually seeps into the pavement corroding whatever wires and pipes lay beneath. It doesn’t happen instantly, it’s a process. Rust never sleeps and neither does corrosion.

A year or so ago a major explosion happened on Lexington Avenue in the middle of the street just as a truck was passing over. Truck went flying and the driver was hospitalized with major burns, the steam melting away skin and clothes.

You can never tell where something like that will happen since the infrastructure is old and in need of maintenance and repair. To make these repairs, rates would have to go up and since no one wants to pay higher rates, nothing really gets done and these underground fires and explosions happen more and more.

Now I’m watching the news and they’re saying there are a million people without power. So I’d better hurry up and finish tonight’s entry just in case the power goes out. 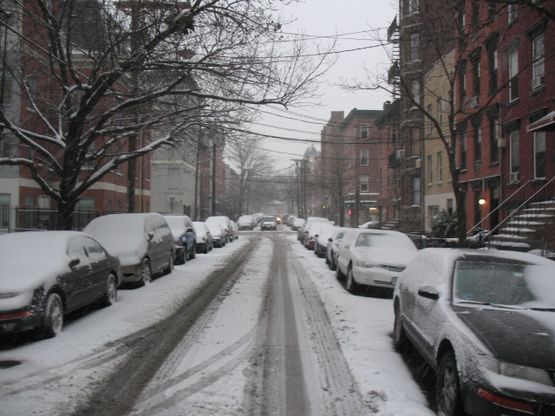