The guy who lives across the street from me and Bill had a 1957 Corvette convertible in the basement garage, just below street level. I found out today that the car was ruined by flooding. I also heard that the guy has a 1956 convertible at his house down the shoe, but as it turned out that was destroyed by the flooding down there. This was all told to me second hand by neighbor Chris from next door. He still doesn’t have power. The liquor store on the corner is still out, doing business by generator until nightfall.

And now it’s nightfall, a little past 5:30. I’ve been to the supermarket, the only one around these parts, and found it swamped with people. I only needed to buy coffee for tomorrow, I’m using the instant coffee I bought last week as emergency provisions. Of course we are much more prepared for a major storm now than we were. We were OK, but didn’t expect an electrical outage for 5 days. We anticipated running out of food and water, so that we stocked up on. He had heat as well. Don’t get me wrong, I am not complaining. I am grateful we had what we had.

It’s hard to believe that last Saturday was when the power came back on.

I walked around town today, stopped by the Guitar Bar on Newark Street where I saw Jim Mastro. I try to make it a point to see if he needed anything. I offered my services if he ever needed something dropped off at the bank or even if he needed to get something from Guitar Bar to Guitar Bar Jr. on 11th Street. He didn’t need anything and hardly ever asks for anything, but one day he will and I am hopeful to be there if and when he does. That includes getting plastic cups.

I am in for the night once again. Not even 6:00. I did not sleep well at all last night. Kept waking up and when I finally had some deep sleep, I wound up waking up shortly thereafter. Bill was not around and that is what I would attribute the fitful sleep to. I have been wary about getting those leg cramps and figured I should eat more bananas. I had a banana yesterday and this morning around 6:00 I had a leg cramp. Not a good way to wake up even if I wasn’t that fully asleep anyway.

Last night I had a phone call from a former co-worker. It was a lot of fun she kept me informed about what was going on, how so and so is up to her usual shady tricks. It proved to me that there were certain aspects of this particular job which I can look back fondly upon, but overall I am quite happy not to be there anymore. The mere mention of certain names made my stomach curdle. I am still trying to improve my lot in life, trying to get to a better station if you will. Time is on my side. 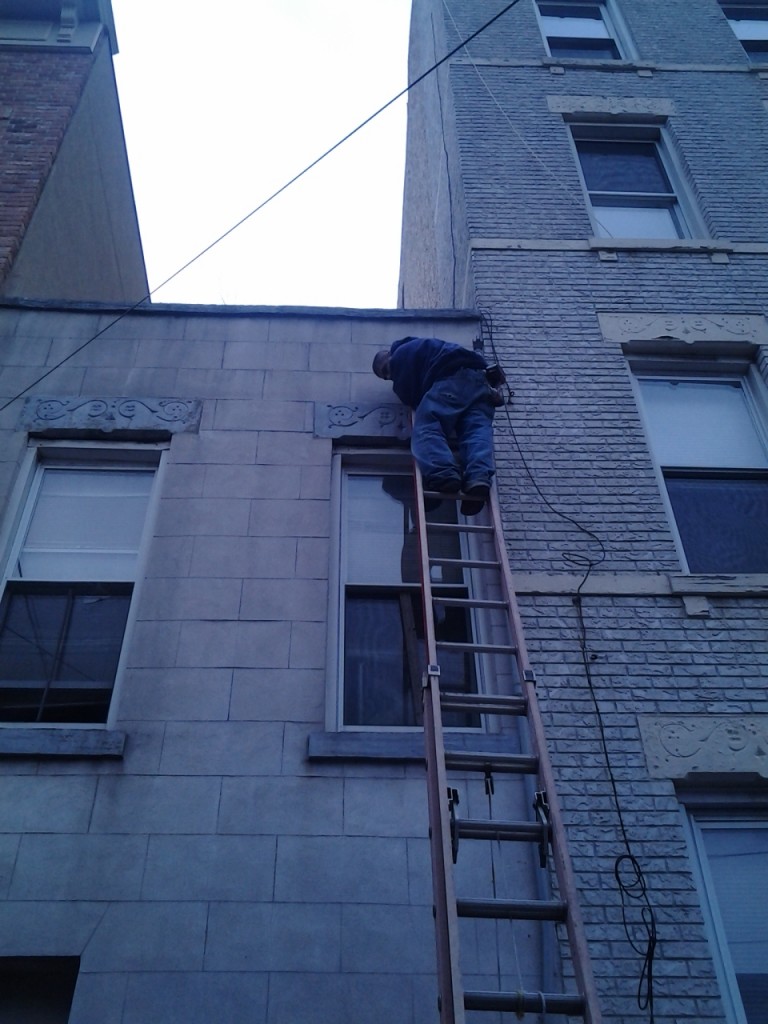 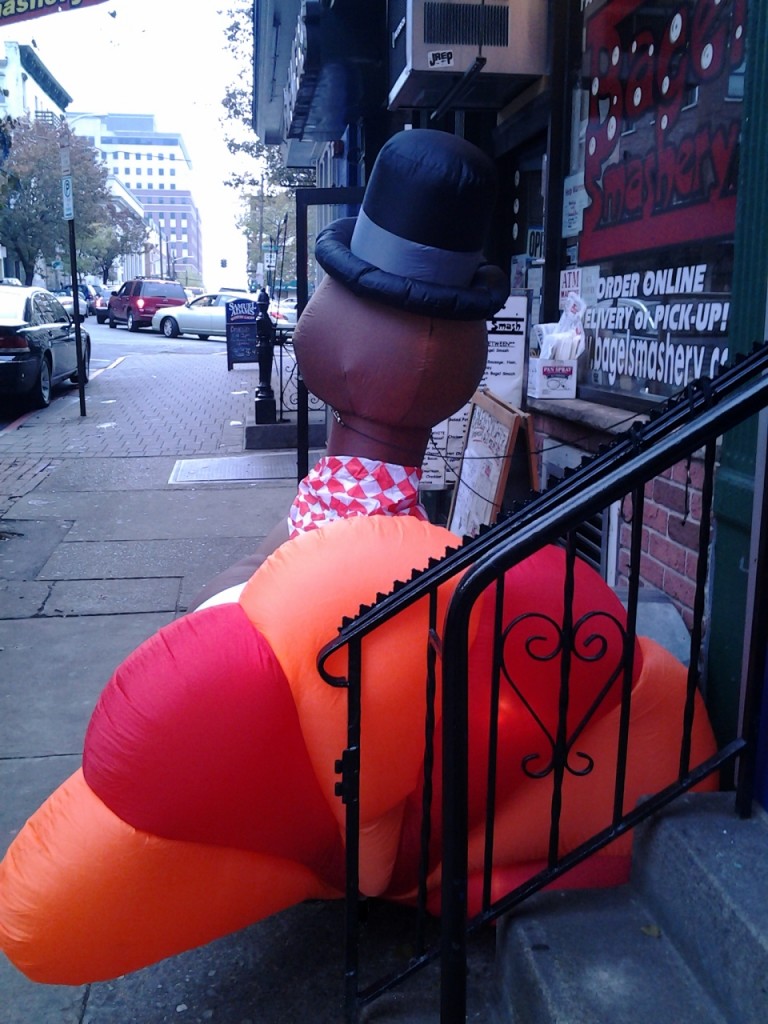 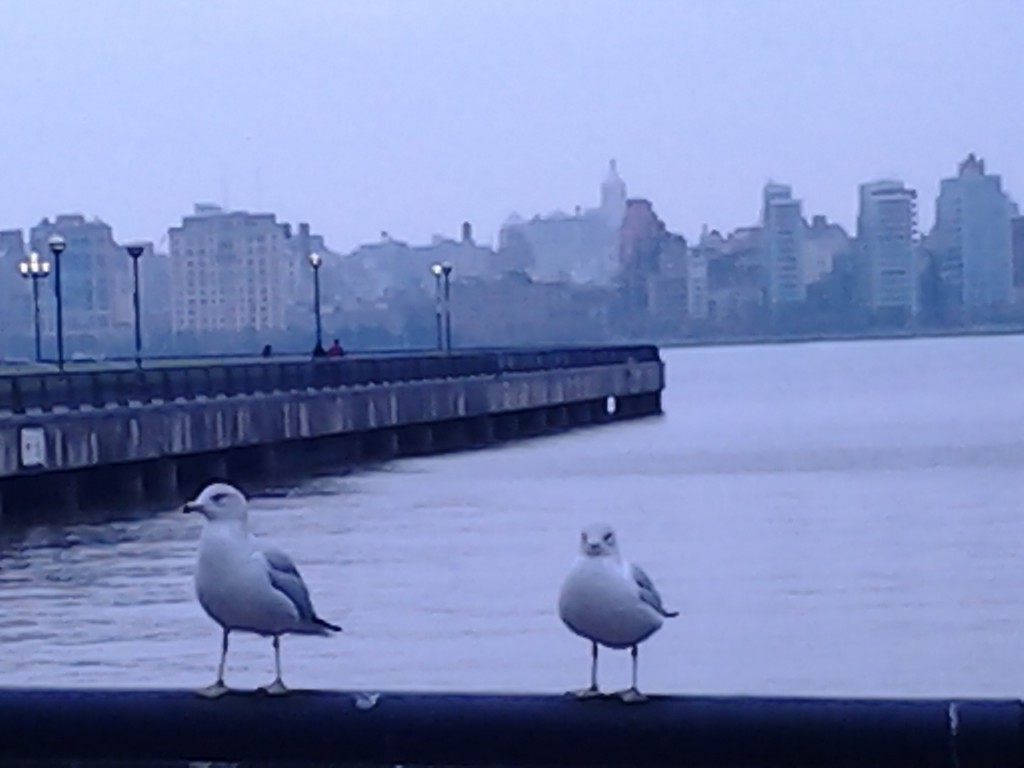 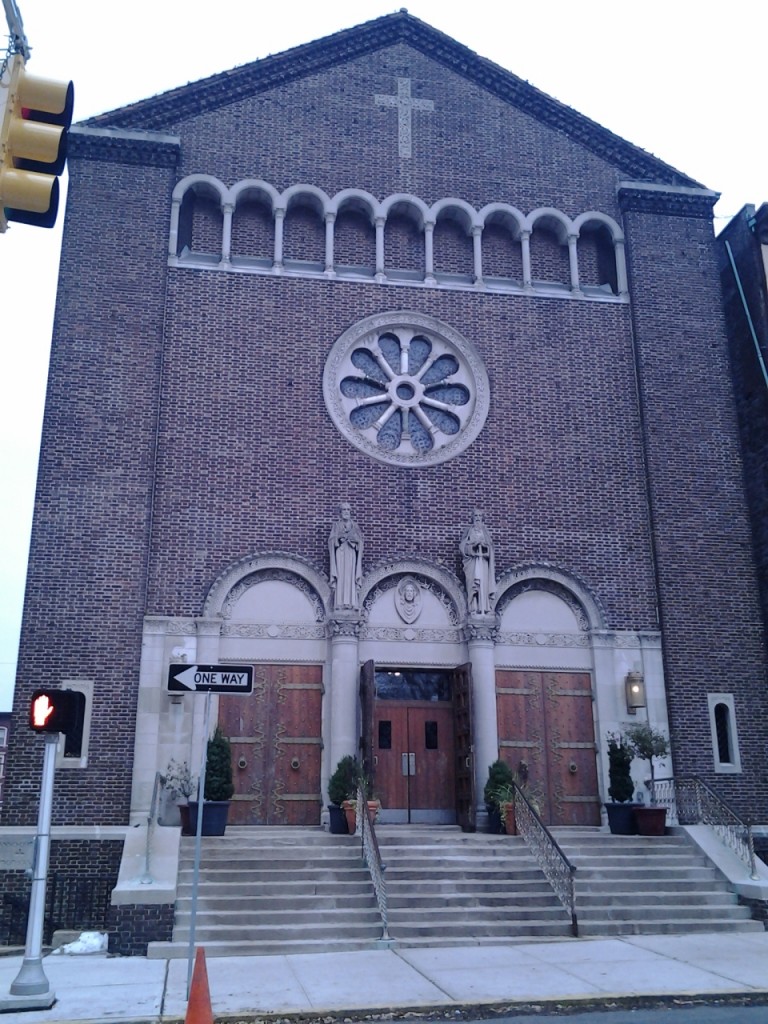 Sts. Peter & Paul Church, where we charged up last week.

Had the chicken in the fridge you see and it thawed out so it just had to be cooked. Not going to eat it tonight, though I wish I had time. Been a long time since I made my pesto, penne and chicken dish. Been too hot and I’ve been coming home too late to eat or to enjoy it.

I was back at work today, having had Monday & Tuesday being my surrogate Saturday and Sunday. I was a bit anxious for some reason. I am resigned to the fact that I won’t be telling Marcus and Calvin that I’ve gotten a better paying job anytime soon.

But when I made it in, it was just Calvin & myself and it wasn’t so bad. At least at first. Then the computers crashed and we had to shut the store down for a few hours. That wasn’t so bad either. I was able to enjoy a cigar while sitting with the regular customers for a little while.

The IT guy came in from the corporate headquarters and after an hour was able to get things up and running. Just in time for me to have lunch. And I did go out for a little while for lunch but it was too warm for me so I went back to the backroom and read the biography of Leo Castelli.

Time flew after that, Calvin heading home at 7:30 leaving Sean and myself to carry on. Sean has been morose of late, dealing with his baby mama drama. 20 years old with a 3 year old kid. Eventually Sean left as well at 9:00 leaving me to close the shop.

Unfortunately the IT guy did not connect my cash drawer to the printer and I tried to connect it to the printer to no avail. I gave up about a half hour later, leaving a note and headed home.

In 16.8 minutes I made it from the cigar shop to the bus terminal, thanks to the first 3 songs from New Order, the Substance collection. Onto a crowded bus, I sat and read some more about Leo Castelli fleeing occupied Europe and arriving in New York City.

A trip to the supermarket was in order, needed to buy some items for the rest of the week. Came home and here I am.

Last night Bill & I and Bill’s friend Fred went to see Inception after a nice dinner at the Rocking Horse Cafe. The movie was very good, good enough to warrant seeing again. Many layers, many dreams in the movie.

And much to our surprise it was a full house on a Tuesday night, weeks after the movie has been in general release. Great cast, great story and Tom Hardy was perfect eye candy. And Joseph Gordon Levitt was excellent as usual.

I highly recommend the movie.

Now Bill is in Pennsylvania by the Stroudsburg Pocono Airpark, driving a bus. He probably won’t be home until I’m fast asleep. That’s about all I have to write about tonight. 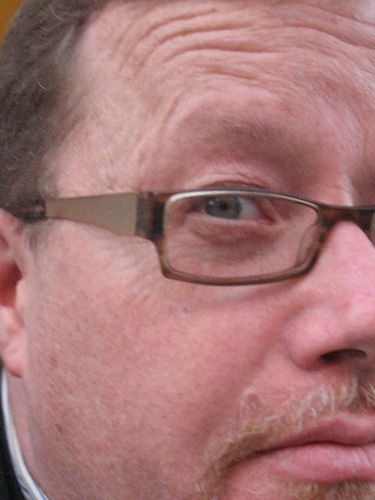