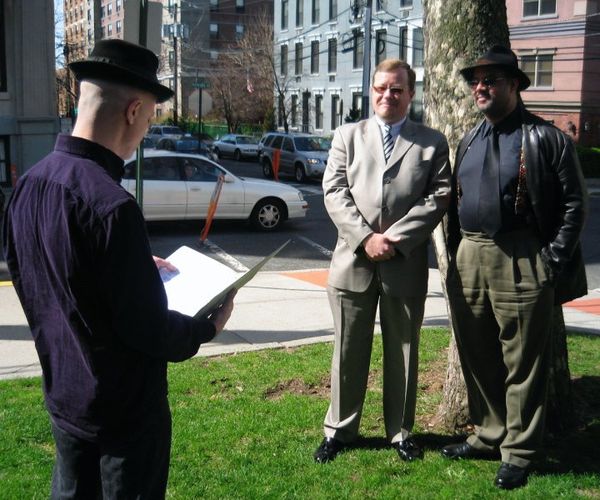 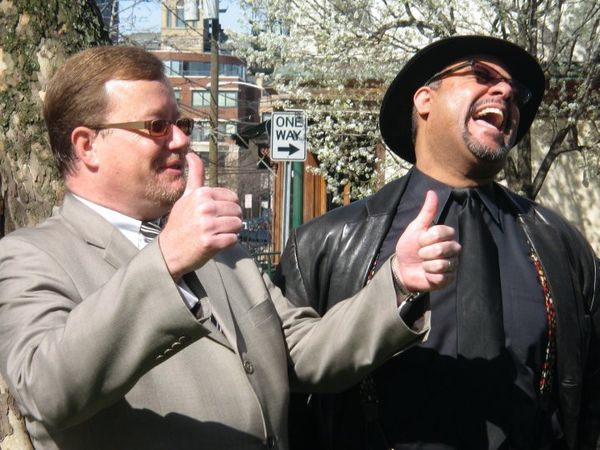 I do legitimately worry for Obama’s safety. Perhaps there are rabid elements of the right wing that will attempt something and I certainly hope not. But watching Bill Maher tonight I was struck by a thought.

It didn’t actually hurt by the way.

Chris Matthews and Martin O’Malley both said regarding Don’t Ask Don’t Tell that Obama will overturn it in due time. And that’s what I feel as well. But the thought that struck was that perhaps subconsciously, people feel that Obama won’t live long, and want him to get things done before a tragic, horrible ending.

There’s that JFK thing too. And that guy walking into Jim Mastro’s store telling him to get a gun since the revolution will be occurring soon enough.

Or is it because we, perhaps exclusively Americans, are impatient? Everything is so fast and of the instant, that we get impatient when something that didn’t exist 20 years ago (like cellphones) doesn’t work as fast as it should.

Louis CK has a YouTube clip that’s been going around that’s about that same thing. It’s pretty funny. I’m sure it’s a stretch. Is Obama the first post-Internet President?

I wrote that last night after the initial post. I felt compelled to write that. Funnily enough, almost 24 hours later I’m not embarrassed as I am sometimes, after writing in a pique of righteousness.

Last night before Bill Maher, and before the last inning or so of the Yankee game which Bill watched, I watched Marathon Man. Hadn’t seen it in a while.

Still a good movie, Laurence Olivier is great of course. The ‘Is it safe’ scene still makes one’s skin crawl.

For me, one of the most affecting scenes occurs on 47th Street in the Diamond District of Manhattan. Christian Szell is trying to get some diamonds appraised and is spotted by two former inmates from Auschwitz.

I so wanted them to exact their revenge on ‘the white angel’ as Szell was known then. But he gets away after slicing the throat of one of the survivors.

Dustin Hoffman did an decent job pushing 40 and playing a 20 something graduate student. It’s a good movie, but not a great movie. Definitely of it’s time.

Stayed up for a while after that, finally going to bed around 1:00. Woke up as Bill was getting ready to go see his mom and his aunt. Both have Alzheimer’s and need to have someone watch them at all times.
Today was Bill’s turn.

I got out of bed soon after that, went out and bought the paper and came home to a nice breakfast. Still a gray day outside.

Around noon I walked over to Tunes and bought the first record by the Feelies, Crazy Rhythms. My friend Andy who used to do the sound at McSwells while I spun records next to him recorded and mixed 2 live tracks that are available for download.

But since I don’t have my own computer I will wait to download that stuff. It’s still a very good record. I like it more now that I did when it first came out. There are bits that were used in Susan Siedelman’s Smithereens and hearing those tracks can remind me of that very downbeat movie.

I was thinking about going to Queens to take part in the march protesting the beating and hospitalization of Jack Price. But being cold and rainy put me off, plus I am a little burnt out on the activism lately.

I’ll still get involved but I needed some ‘me’ time. I’ve been fighting the morons online for the past week or so. I’d be useless if I didn’t recharge my batteries and the past few days have been a bear for me and I don’t mean ‘bear’ in a good way.

And I’m more wolf than bear anyhow. I do hope it was a good turn out.

I did hang out with Meghan Taylor, the funniest girl alive and her daughter Ruby and their dog, Doon. A restoration of my flagging spirits.

We sat at a café here in Hoboken, the Frozen Monkey outside having coffee and sharing a brownie. Couldn’t sit inside since we had the dog.

Meghan is one of those friends who can tell something is wrong with me by just hearing it in my voice when I answered the phone. Pedro and Julio are the same. I’m fortunate to have good people like that in my life.

Ruby is always fun to be around and it was a pleasure to wander around Hoboken. I had Doon on the leash and I enjoyed running with him for a bit. Meghan said it was a boy and his dog and I guess I’m still a boy at heart, even at 47.

Stopped by the Guitar Bar where Meghan’s husband Jim Mastro was minding the store, sans uptight redneck revolutionaries. Meghan gave me a ride back towards my apartment, and I got out at Church Square Park where I got a call from Julio who of course spied me as I was walking home.

I did an about face and hung out with him and his adorable Superboy, Alexander on the swing set. The boy is simply amazing.

I didn’t see my brothers or my sister’s kids growing up the way I see Alexander and I am filled with wonder and hope for humanity when I see how he progresses through life.

It started to drizzle and so we headed home, Julio on Alexander’s left side and me on the right, doing the 1-2-3 lift off every couple of feet to Alexander’s obvious delight. I remember being in the middle all those years ago and was mighty glad to be part of the action with Alexander.

Though the day started and ended with gray clouds, being with good friends like Meghan and Julio and their kids definitely were the brightest spot in my life that I was sorely missing the past few days.