And now I am home, earlier than usual because I went in earlier than usual. I had to open the cigar shack. It was not easy getting out of bed and starting to move, but of course I did. A different crowd again on the bus, these early morning people are a trip.

Yesterday I was in at 10:30, today, 9:30, tomorrow 11:30 and once I close Wednesday night, I will be opening on Thursday morning. Not easy but I do get the job done. At the cigar shack it was Thomas and Jerry Vale and me. Zack was a chaperone on his kid’s class trip so he was out today. And it was slow going at the cigar shack.

Thomas and I butted heads this afternoon. It was bound to happen, he’s been in such a mood lately and I know yesterday I gave him a break, saying he had a lot on his plate. This afternoon he could have shoved that plate up his ass for all I cared.

Things got better once we talked or rather, argued but it wasn’t 100% easy after that. He bitched about a few things, about me, about Jerry Vale. I give Jerry Vale some slack since he’s going through some difficult times himself and if he needs to take a couple of minutes for a quick snack, I say let him. I have a peanut butter and jelly sandwich during the day and it certainly helps me a lot.

I tell you, that Thomas is no Juan, no Corinne. No, he’s a very old 25 year old. Such an old man, he’s older than me & Jerry Vale and we’re the oldest employees at the cigar shack. I don’t know how that works, or how it will work when he gets older.

As my day ended I started to crash. So tired despite having a banana for energy. I thought about walking to the bus terminal tonight, but was too tired so I opted for the subway. I got to the terminal in no time and found myself at the end of a queue. We moved along eventually.

There was a woman about four or five heads ahead of me, struggling with two rolling suitcases. The four or five heads in between me and the woman just stared. I looked and saw no one else ahead of the suitcase woman so I asked one of the people staring if they minded if I helped her out. They didn’t mind so I took one suitcase and we ascended the stairs. I then helped her on the bus and took a seat.

Michael Hill, super nice guy, sat next to me. He’s a friend from Maxwells and we chatted about a documentary he saw last night, How to Survive a Plague. It’s about ACT UP, a group that I supported and protested with outside of St. Patrick’s Cathedral a number of times. Michael was moved by the documentary and Bill and I hope to see it when it gets a release later this year.

ACT UP was the AIDS Coalition to Unleash Power. Silence = Death. We were loud and disruptive since our friends, families and lovers were dying. Wouldn’t you do the same after having to change your friend’s diaper as he lay in his own waste while the nurses stood in the hallway making jokes and rude comments on the ill patient dying a few feet away?

It’s been one of those days, I guess. 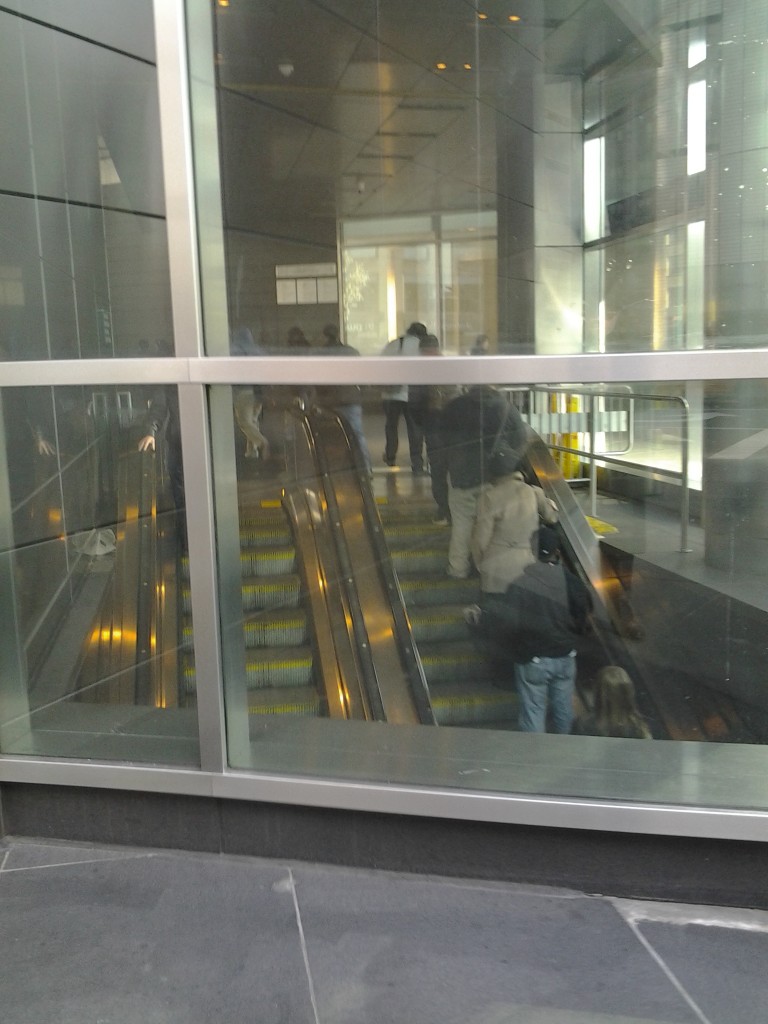 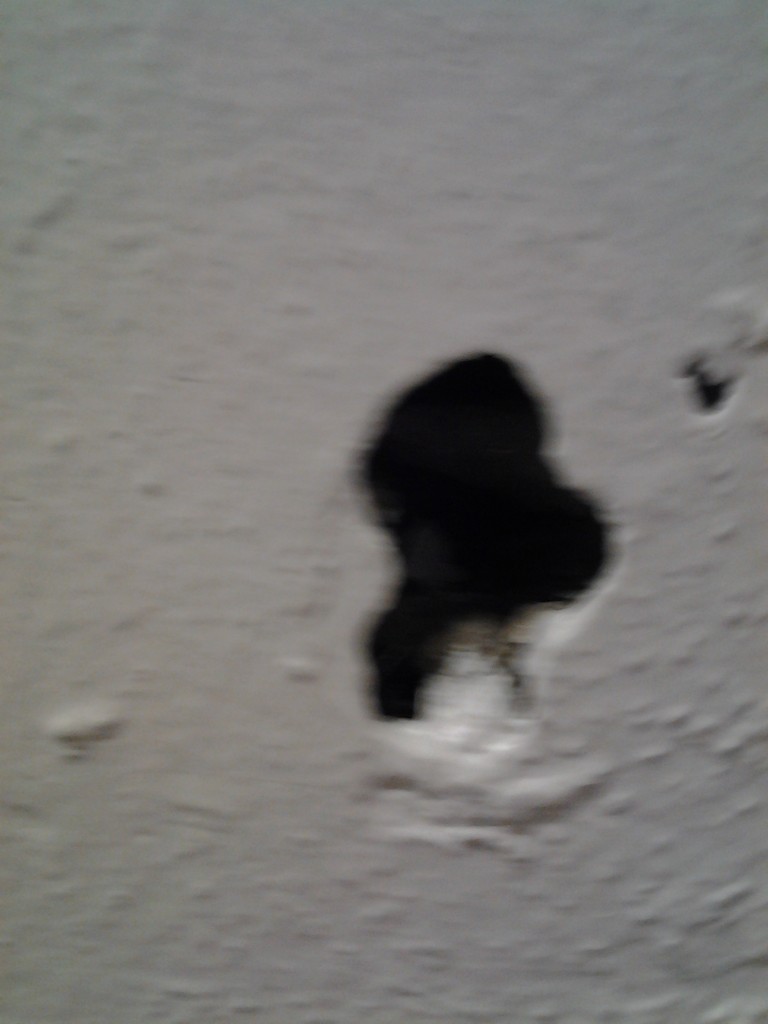 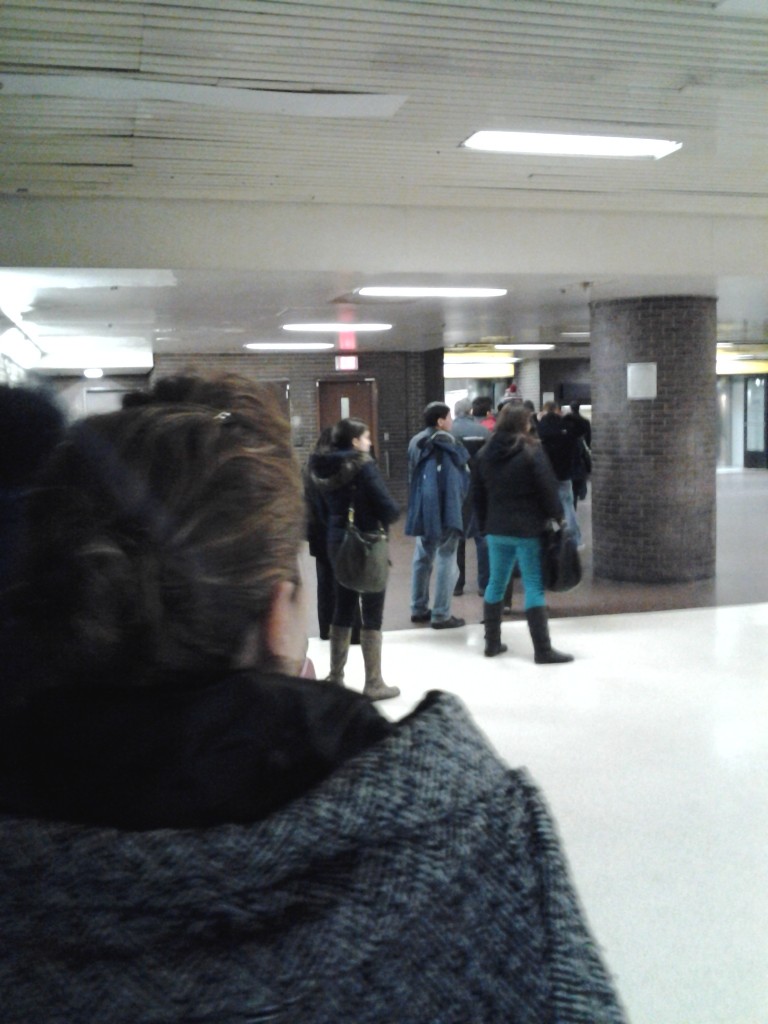 the queue for the bus

Last night was nice and certainly not as raucous as other birthdays that I’ve had. I’ve had birthday evenings filled with whippets, acid, coke, booze but not any more. It was the first time in a while that a hangover did not follow the next day. I’m not complaining though some madness would have been nice last night.

After dinner Bill went right to bed and I watched TV. Just like any other night. Bill was up and out at 4:00 this morning. Some church function in upstate New York. A nice kiss goodbye, then he was out of the apartment leaving every light on in every room but the bedroom. I stirred about 5 hours later, waking to find the news of Hurricane Ike kicking Texas ass.

Pretty bad down there. I was telling Bill last night about my father working for the Port of Galveston years ago. From the reports this morning there might not be much of Galveston left, not to mention the ports themselves.

I stopped buying the New York Post this morning. I’ve been buying it for a while now, a perverse thrill but it’s mainly been pissing me off. I can read it online and save myself $0.50. Why should Murdoch get any of my hard earned cash? I can afford it, but it’s the principle.

Just too stupid and wrong wing and I admit a certain snobbery when I would see people reading it on the subway or the bus while I sit and read the New Yorker. It’s not right but it’s a fun moment being judgmental. I have had my moments and I’m pretty sure I’ve been judged for doing a lot worse than reading a tabloid. I

was planning on going for a bike ride this afternoon but it looked like rain so I didn’t. Stayed local and walked over tot he river and read the latest Mojo. Ran into Michael Hill who’s always a nice guy to talk to.

I forget who it was a while ago who had something to say about Michael but I’ve never had any problems with him. He even tried to get me a job at Warner Brother music a couple of decades ago but that didn’t pan out. He was soon on his way and I finished the cigar I was enjoying and walked home as it started to drizzle a bit while talking to my sister on the phone.

15 minute walk from Sinatra Park to my apartment all the while talking to my sister about making pesto sauce. I did try to make the pesto sauce and it certainly was not like the pesto that I would have for lunch. I did not buy heavy cream and following Harpy and Annemarie’s instructions it came out badly.

When I would get the penne pesto and chicken for lunch it was creamy and the pasta was covered in a green sauce. This was speckled with some pesto and rather bland.

Annemarie is worried about the cholesterol with the heavy cream but I was planning on only using a dash of it, to liquefy the pesto which is clumpy. And I couldn’t find any info online.

Plenty of info on how to make pesto sauce from scratch, but nothing about a recipe if the pesto sauce has been store bought. We’ll see about tomorrow. 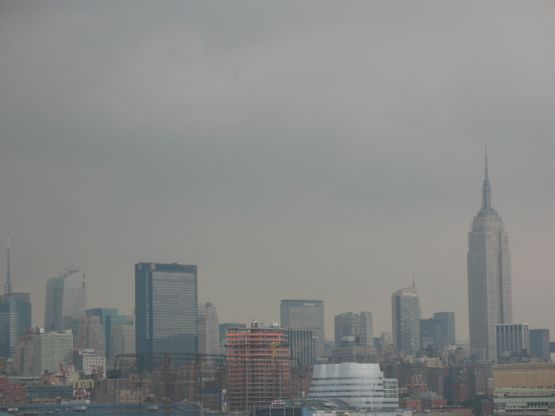 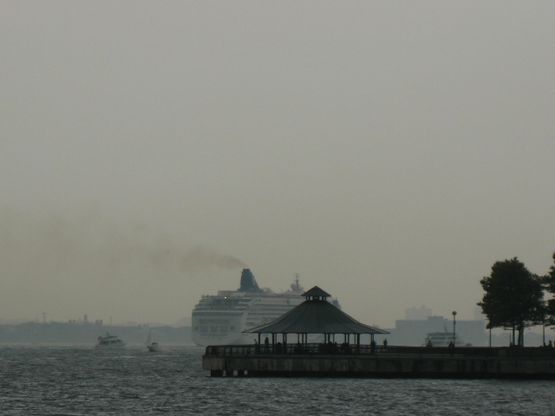 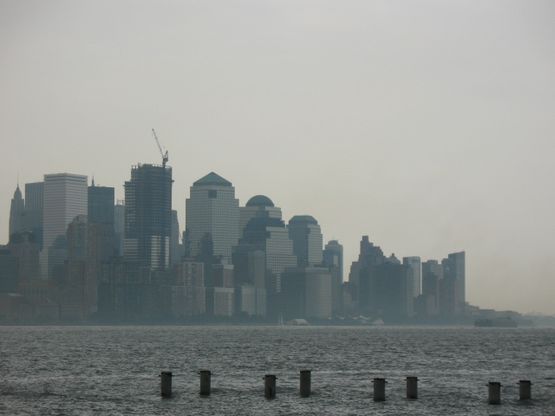 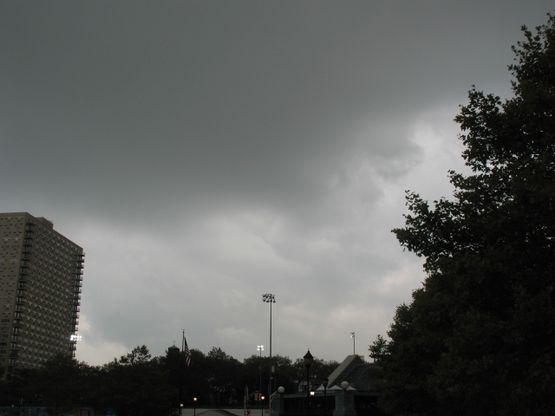