An interesting day. I had to come in to the cigar shack an hour early which wasn’t so bad, the commute is geared to end at 10:00 so I had smooth sailing since I was on the 9:30 bus. Tomorrow is going to be a pain in the tuchis since I will have to be at the cigar shack at 8:00 so Bradley can train us on things we need to be trained on.

It has been quite an interesting day to say the least. I did the bank run this morning and while walking and chatting with Bill on the phone, I spotted Steve Martin walking by. He was trying to be invisible and as he passed me I said ‘Hi Steve’ and he nodded and kept on moving. I have to admit, it was a thrill to see him. He looked good and dapper in an LA style while walking down Broadway.

I did the bank run and headed back to the cigar shack where I was working with Thomas and Jerry Vale. Bradley was out today as was the possum and Zack was out somewhere in New Jersey. It was a good day, not as busy as the head Jesus would have liked, but relatively OK. The three of us made for a good team, only stepping on each others toes occasionally and usually apologizing if and when that happened.

Lunch came quickly and went quickly. I sat on a bench by the park and smoked a cigar, joined in the last few minutes by an older gentleman who shops at the cigar shack. He lives across the street from my bench and his wife spotted me and told the older gent who came down to smoke with me. I only had about 10 minutes left to spend with him and we had a good chat about the cigar shack.

As I headed back to the cigar shack, I had a few extra minutes and sat down. Then I spotted George Takei and his husband Brad walking down the street. I asked George takei if I could have a picture and he said sure so I handed Brad the camera and he took a lovely snapshot. I showed it to Thomas once I got back to the cigar shack and he was quite thrilled.

He almost went out to see if George Takei was still around but I talked him out of it, telling him that he had probably moved on. Earlier in the day we received an email from Zack saying that the email servers would be down for a few hours starting around 6:00. AT around 6:30 I get a text from Zack, telling me to check my email when I get a chance.

I reply, telling him that the servers were down (much like he predicted earlier in the day), and then a minute later, asking him if there was something I should know. It weighed on my mind and I asked Thomas and Jerry Vale if they got the same message but they hadn’t. An hour or so later I checked again to see if the server was up.

It was then that I received word that Zack has discovered this blog. Apparently former genital massager Markos hipped Zack to this here blog and Zack emailed me in turn. It surprised me but I had a feeling that someone would have figured it out eventually. I mean, the Martini Basher incident a couple of years ago should have been a tip off but it went unnoticed. Most everyone knew about it, even Bradley knew about it. He’ll probably deny it but he has quoted things from this here blog. Some customers read this here blog and they enjoy it.

And to my credit, Zack did say it was witty, much more witty than the other blog that I unofficially write for the cigar shack. I say unofficially since I do not get paid for it and there’s really no credit for it. Zack did carbon copy Bradley on the email, saying ‘I guess GZA was right’. What does Wu Tang Clan have to say about the blog? Such a cryptic poet that Zack can be.

My writing was called Beckett-like the other day which I took as high praise and now this! Samuel Beckett, one of the greatest writers of the 20th Century…

So I guess tomorrow could very well be my last day. Today did have an air of finality to it and also felt like a weight had been lifted from my shoulders. Word is now officially out that I am unhappy working at the cigar shack and with my sales this month being subpar he might just get what he wanted, or at least what Bradley wanted.

Nevertheless I have to attend Bradley’s training session tomorrow at 8:00AM. That should be very interesting. Is the writing on the wall or merely on this here blog? You know I will keep you posted whatever happens. I think things are getting quite interesting, wouldn’t you agree? 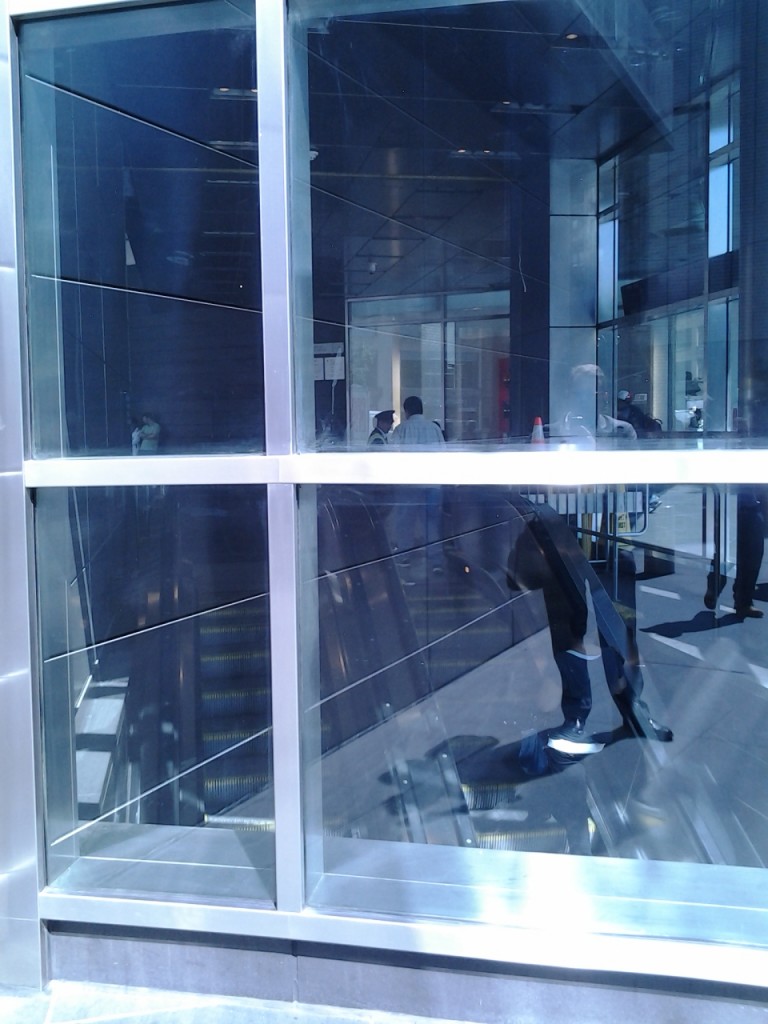 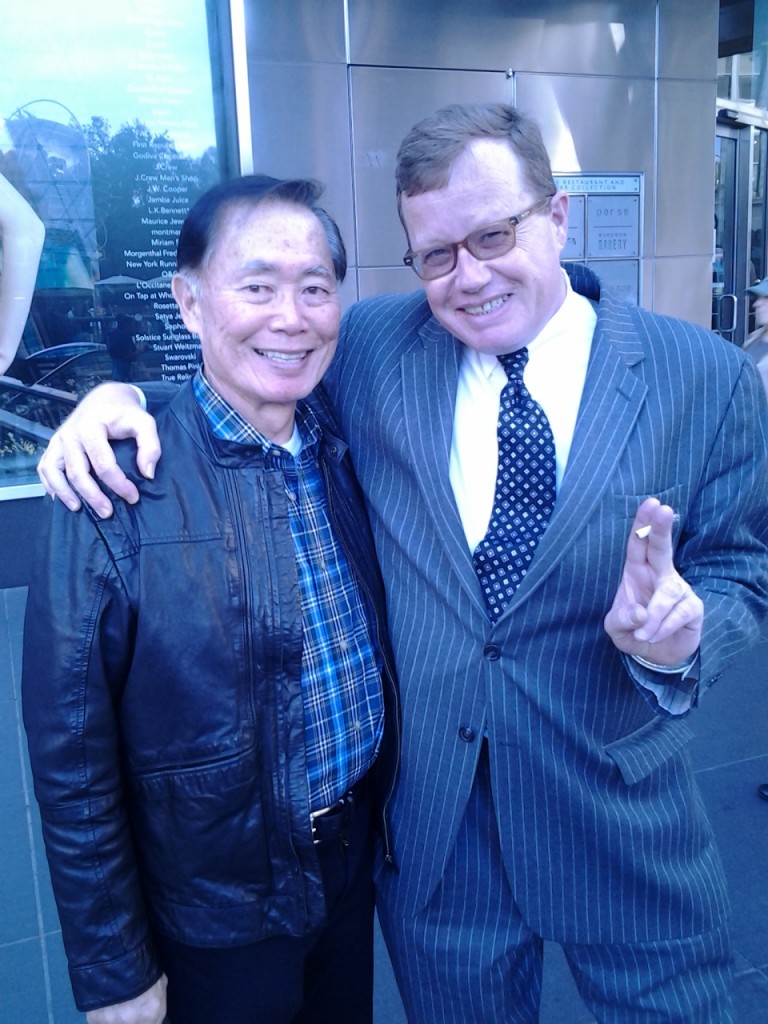 George Takei and me

Well I was just wondering what I should write about today. I haven’t done much, nothing really worth writing about. (Your line: And since when has that stopped you?) I almost called up Harpy to see if he could suggest anything, but changed my mind.

Then something inside, maybe my pancreas, said, ‘Isn’t today an anniversary of sorts?’ I said, I wasn’t sure. Then my Canals of Hering spoke up and said “maybe you should check the date of the first posting for johnozed.” So I reluctantly checked.

I hate it when the Canals of Hering are right. They can be so smug. I know I’ll never hear the end of it. ‘Ooh, we are part of the outflow system of exocrine bile product from the liver. Ooh look at us! We’re so clever!’ Still credit should be given where credit is due. 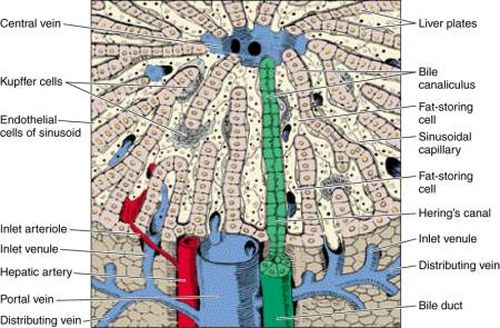 Ooh, we are soooo clever!

I looked at the archives and saw that today, October 7 was when I posted my first entry, way back in 2005. The entry was mainly about going with Bill to An Evening of American Satire with Barry Crimmins, Paul Krassner, Lewis Lapham, Kurt Vonnegut and Art Buchwald at the Society for Ethical Culture on Central Park West.

Both Vonnegut and Buchwald have passed away since then. No- I didn’t have anything to do with it.

Bill and I spoke with Lewis Lapham outside the hall where he was having a smoke after the show. He was the one who inspired me with something that a few other people had said before, that a writer should be like a musician.

Graham Greene would write only if his favorite parrot, Ozymandias would sing The White Cliffs of Dover in Latin. Impressive things to know. So being a big fan of Latin speaking parrots, I set about writing.

Initially it wasn’t easy and I found myself longing for a parrot of my own. It never came through though I did see a Starling fly into the supermarket. I’m sure I could have caught it and trained it somehow, but the only Latin I know is Tempus Fugit, E Pluribus Unum and that’s about it. Plus I was next in the express line and I wasn’t about to give up my place. It was all about the genius loci, you see.

Still it’s more than I know of Gaelic.

I also wrote about seeing Paul McCartney earlier that week at Madison Square Garden with Julio. That sort of repeated itself this past July and included Bill, Julio’s wife Stine, and Annemarie and Earl out in Flushing.

I know it seems all ab absurdo but it has been 4 years since I’ve started and I’d like to think things have improved. Not that I’ve done that much but I don’t see any of you writing at least 500 words a day. And by you, I mean the 6 people that subscribe to this cyber rag. 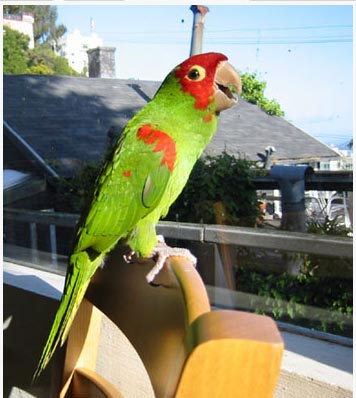