Wow. Just coming back to life. Been a weird day and that was partially from not eating much. Had a bowl of cereal this morning and then this afternoon for lunch I had two eggs. I bought a dozen eggs this morning and when I brought them home found two of them were cracked so I decided to fry ‘em up and eat them for lunch. Well apparently that wasn’t enough. I went out busking this afternoon, there were no toddlers (who always bring a boost of energy and happiness) but still I played for about two and half hours.

I think I am getting better and today’s new song was You Won’t See Me by the Fabs and I even sang along to it. So I strummed along while being bitten by flies and hopefully not fleas. That was troublesome, I’d strum and then have to stop to scratch my legs and occasionally pour some Purell on the gams. Not too many people around today and in the distance I could hear someone with a conga. I decided to stay put and continue playing. After a while I moved up the promenade and sat and read Mojo magazine and enjoyed a cigar.

I came home after finishing the magazine and the cigar and just felt so fatigued so I took a nap. I set the online alarm clock for an hour and slept about 50 minutes. I figured I needed something to eat and set about making some dinner. As I was getting started the phone rang and it was Bill and he sounded stressed. He did take a day off from work yesterday so the work had probably piled on his desk and still his mind and heart is reeling from his cousin’s murder so that would stress anyone.

He was frantic since he had clothes at the dry cleaners that needed to be picked up and they were closing in five minutes. So I put on my flip flops and walked around the block, putting my food prep on hold. I was still pretty much tired but Bill needed his clothes so off I went. I was back in ten minutes anyhow and set about finishing getting my dinner ready. And it was a good dinner, still reading Carole King’s memoir and careful not to get any pesto on the pages. Carole is getting sued by the neighbors in Idaho.

As I was eating I had the TV on MSNBC and the orange man himself John Boehner was on doing his shtick. I started to lose my appetite and had to get up and walk into the next room and change the channel. I suppose it’s going to be like this for the rest of the week should I choose to watch the news channels. I am tempted to watch at 10:30 when the New Jersey governor Chris Christie is making the keynote speech. I have money on this speech, or rather that the stage will collapse under his weight, but more so under his ego.

Last night Bill and I finally watched the Road Warrior. We’d both seen it before but I think I had seen it more. It is truly one of the best action films ever, George Miller did a fantastic job. Despite seeing it maybe a dozen times more or less, it still amps up the intensity. It is definitely a film to own. Just incredible 30 years later. And of course there is the homoerotic vibe of the bad guys in leather, specifically Wez and his blonde boy toy on the back of his motorcycle.

And I still say the prologue of The Road Warrior is almost exactly what is going on today and where this world could be headed. 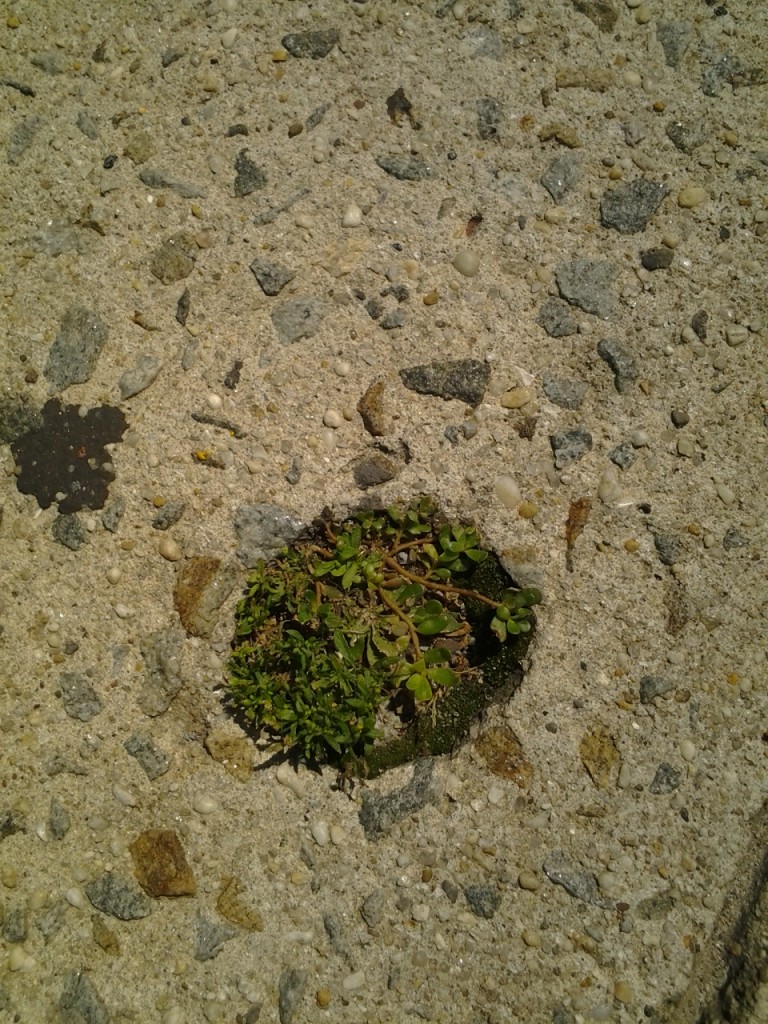 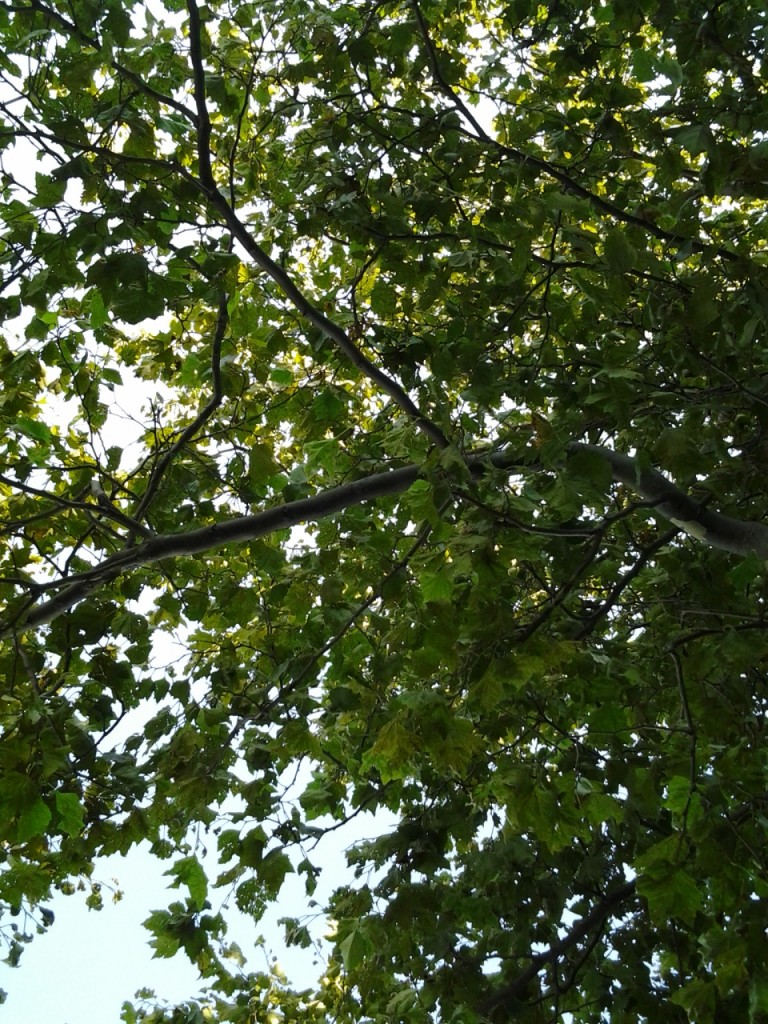 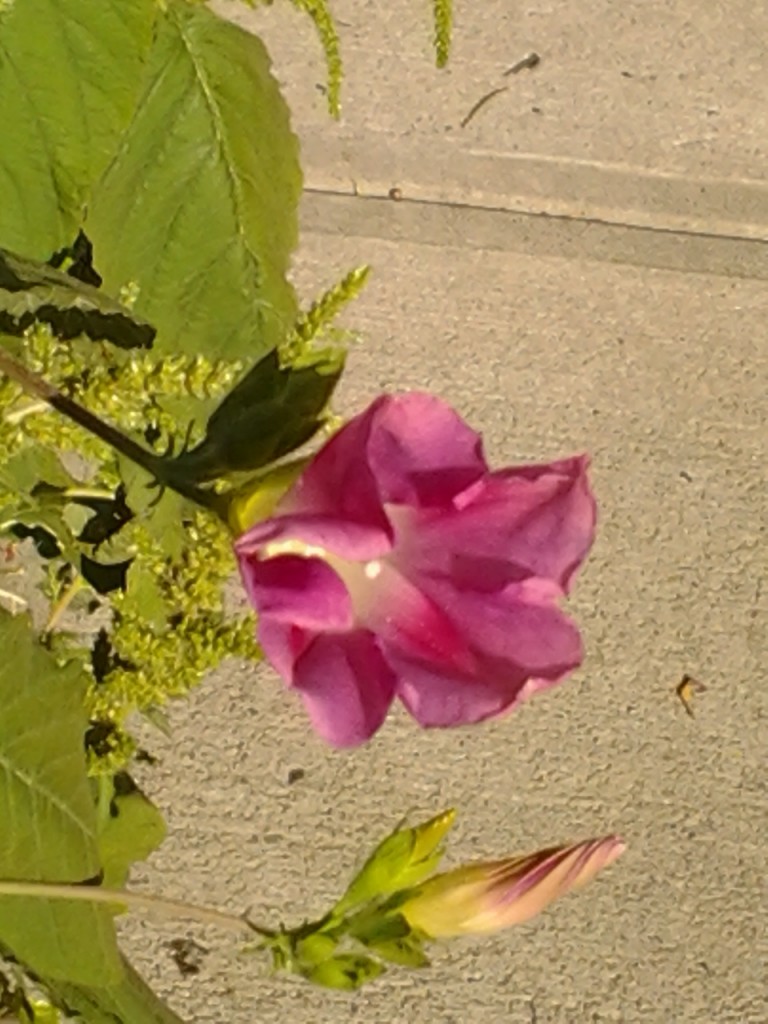 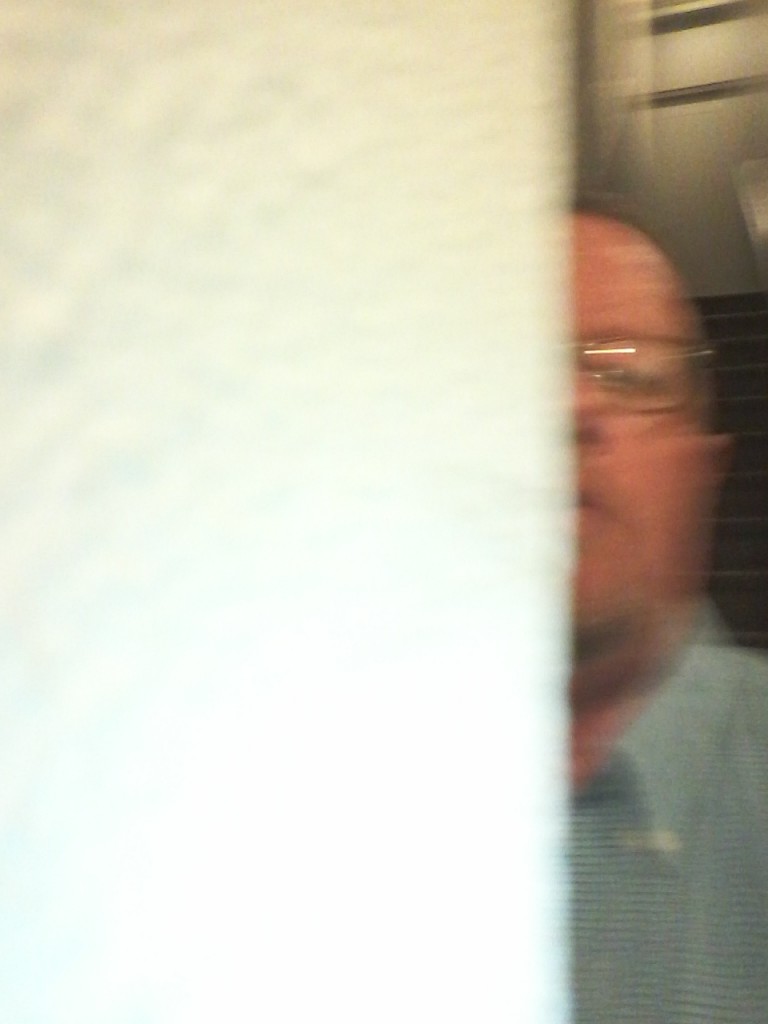 It’s a Monday and it’s been a weird weekend. There was the play Bill was stage managing on Saturday evening during which I nodded off about a half dozen times. Then there was an associate of Bill’s that wanted me to write a review which I did and it turned out to be quite nasty, so nasty that I assigned yet another pen name to it. I wasn’t even done with the review when Bill read it and loved it and sent it off to his friend. The next day was even weirder than anyone had anticipated and it was bad.

It turned out one of Bill’s cousins in Puerto Rico was murdered. No information besides that bad news. Bill was planning on going to the funeral which meant flying down to Puerto Rico for the day, but with the timing and the hurricane weather he couldn’t do it. Plus, he is singing the national anthem and Zeus Bless America on Saturday before the Staten Island Yankees game on Saturday night. I reassured Bill that his family in Puerto Rico are sure to understand, but Bill is understandably upset with what happened. And for Bill that is simply not enough.

He came home after an audition yesterday afternoon followed by some wandering around Central Park. I sat by the river and smoked a cigar and read the Carole King memoir. Bill came home midway through the True Blood season finale and I paused it, eventually stopping it all together so Bill can get things off his chest and perhaps cry on my shoulder. I was glad I could be there for him. He came down to earth just in time to watch the season finale of the newsroom which we both enjoyed very much. After the news Bill went to bed and I of course stayed up.

Bill took off from work today to visit his family in Manhattan and I did some grocery shopping before a major rain storm. Thanks to some rare good thinking on my part, I brought an umbrella and was home just a few minutes before the skies opened up and it started coming down in sheets. No busking for me today but I wasn’t too keen on staying inside, so once it stopped and the sky was blue again, I headed out to read some more Carole King by the river, on the way running into a lovely couple, Karyn and Christine.

I sat and read and enjoyed a cigar. I got to the part where Carole King was an abused wife. Really bad, punched in the face by her boyfriend (not Gerry Goffin). It was a bit harrowing told in Carole’s voice, how she never could understand why women stay in abusive relationships and then all of a sudden she was an abused wife. The guy eventually died of a cocaine overdose, found in a shooting gallery in Los Angeles. I met Carole King once and thought she was very nice and humble and proud of her daughter Louise who I had seen perform a few nights earlier.

Now it’s later, the sun is going down in a grey sky. Learning some new songs on the guitar, this time I am trying to figure out Jeepster by T. Rex. Easy enough but the chord changes are tricky.

How do I get to Carnegie Hall? 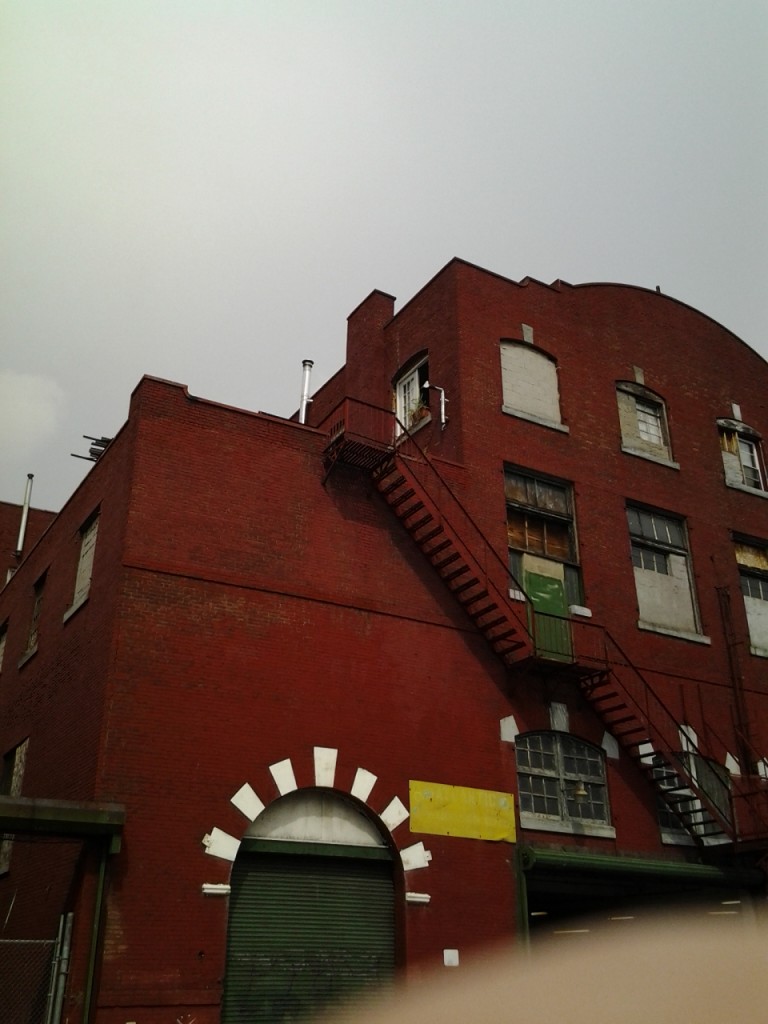 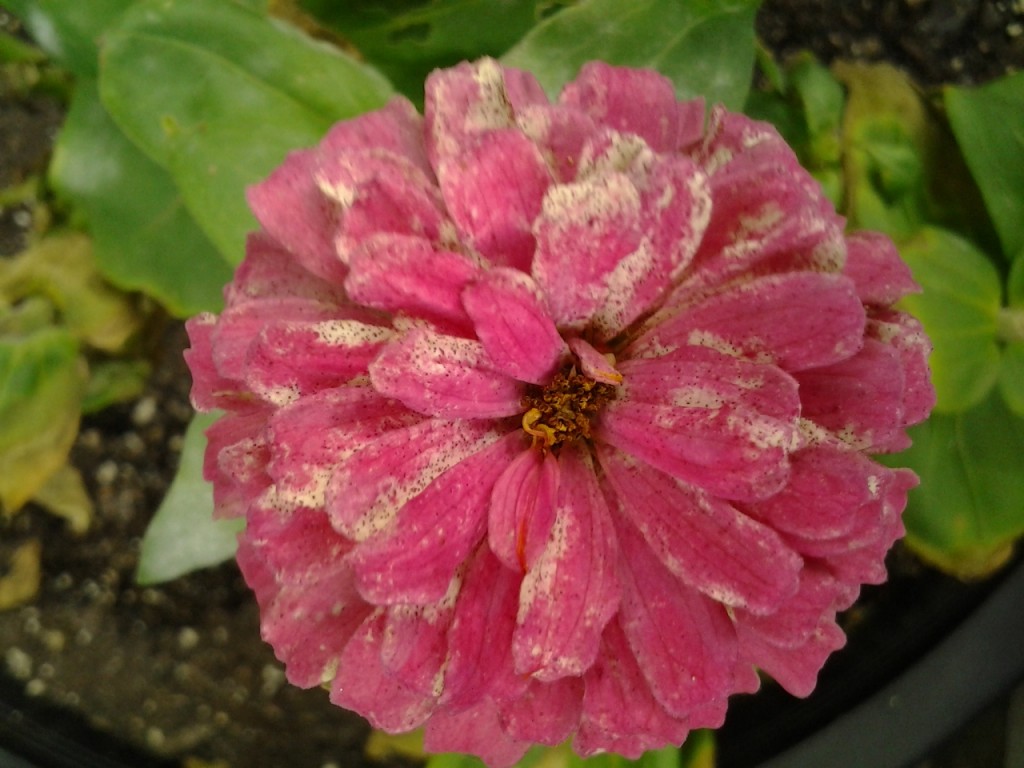 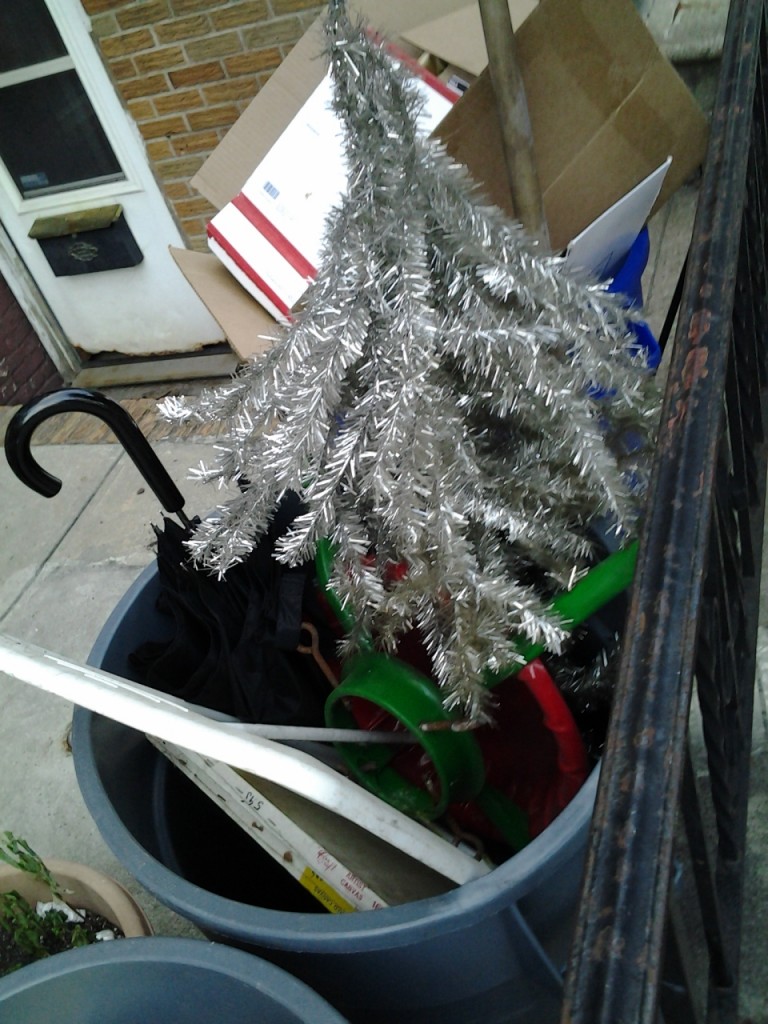 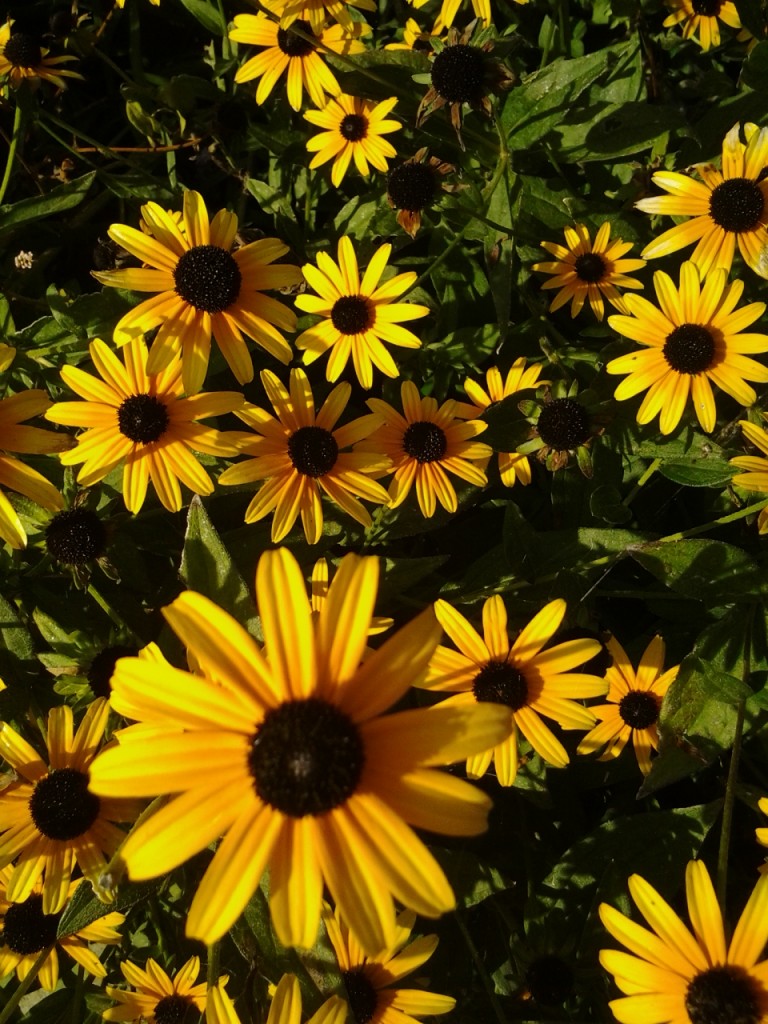 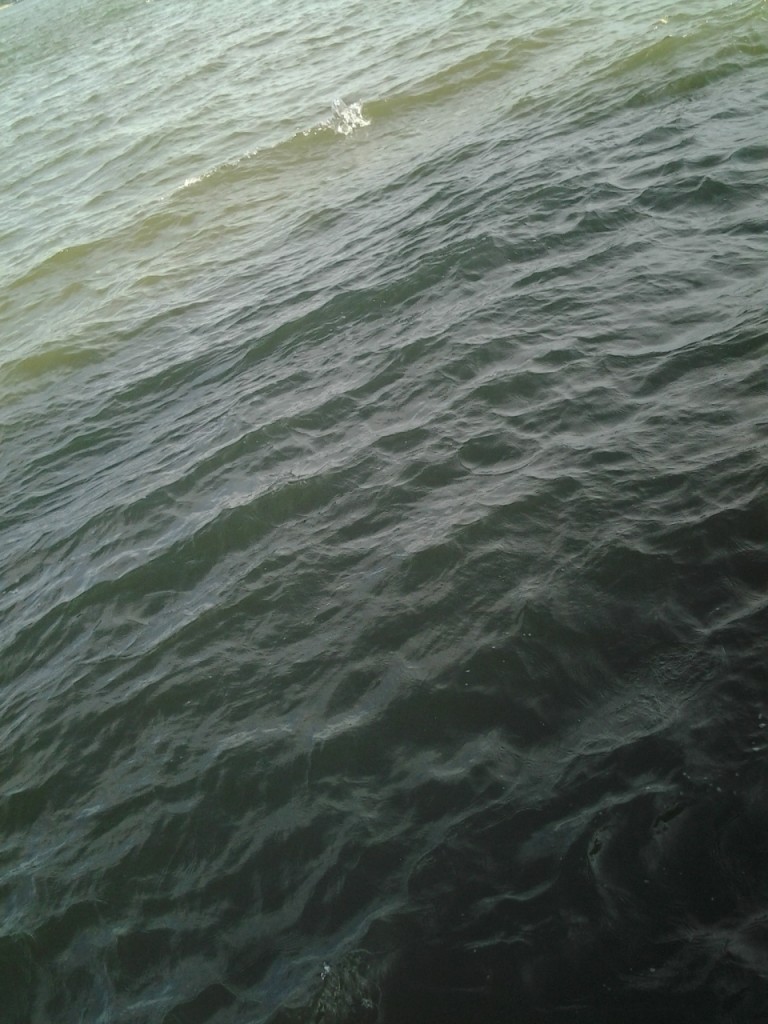 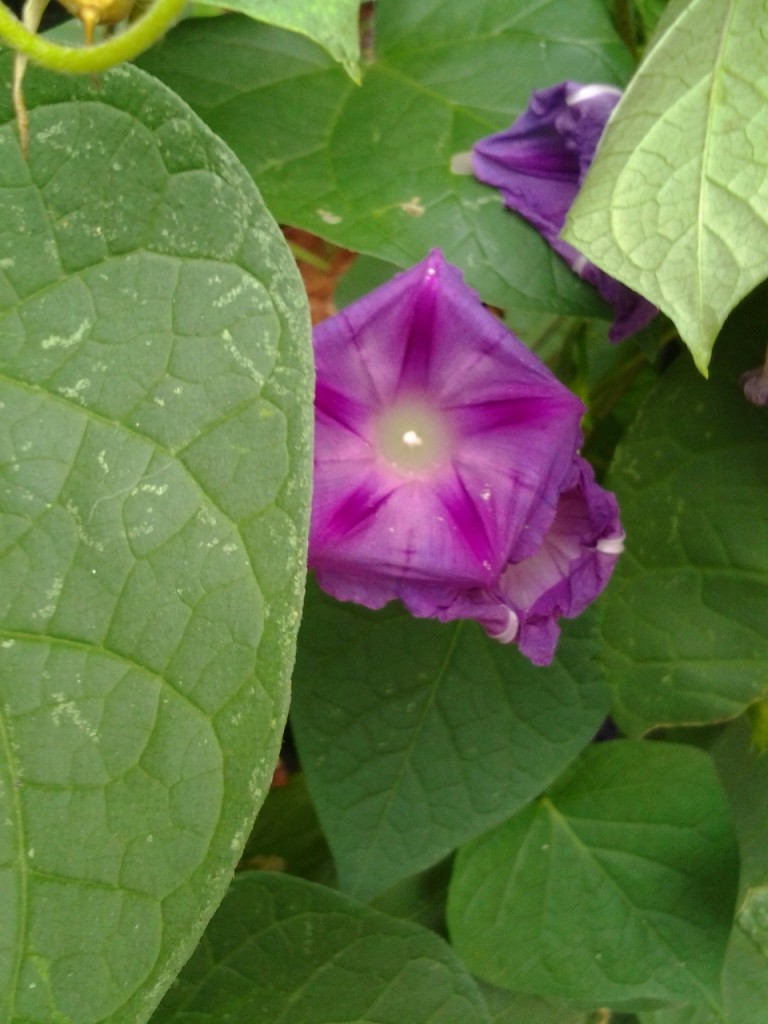 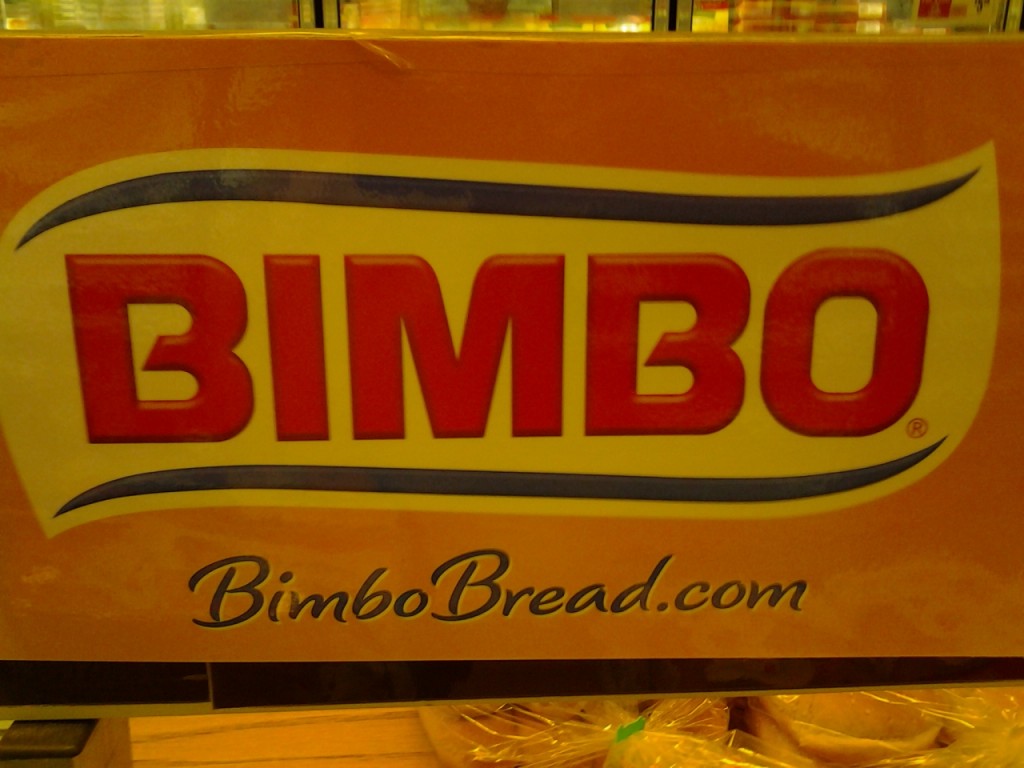 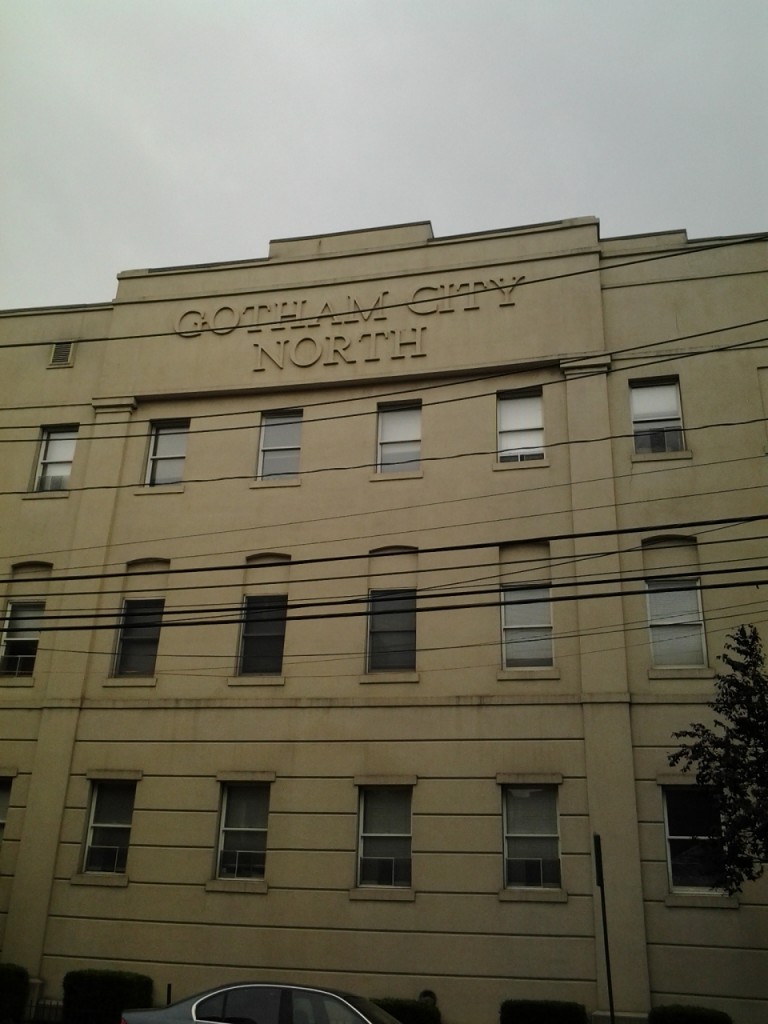 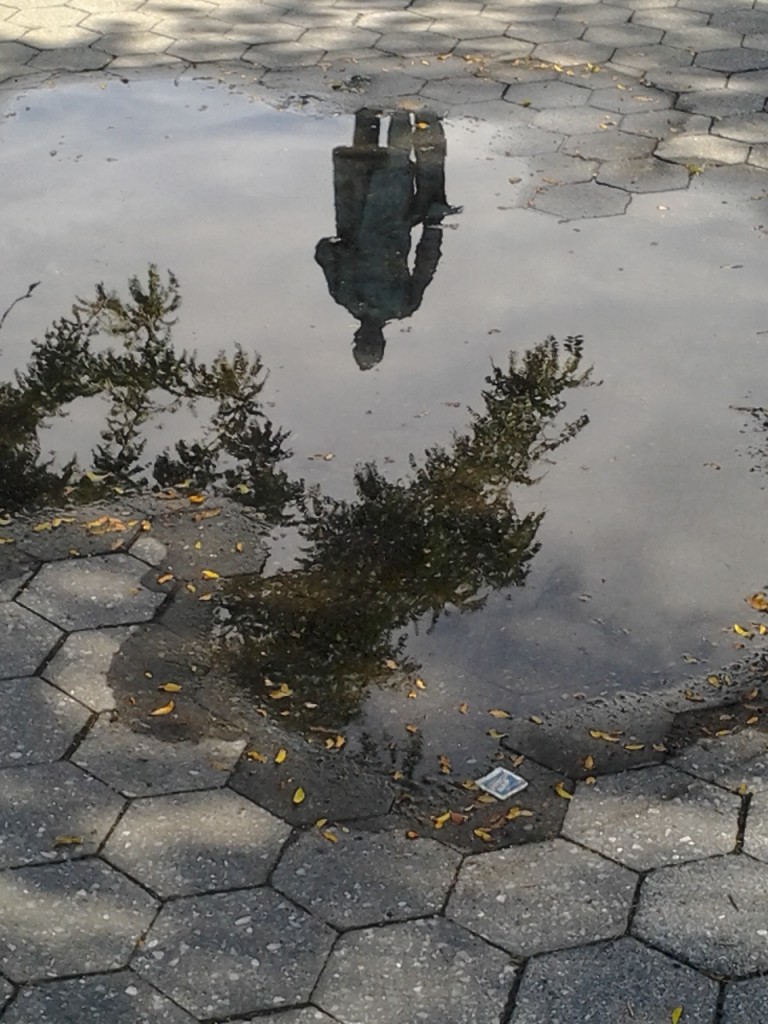 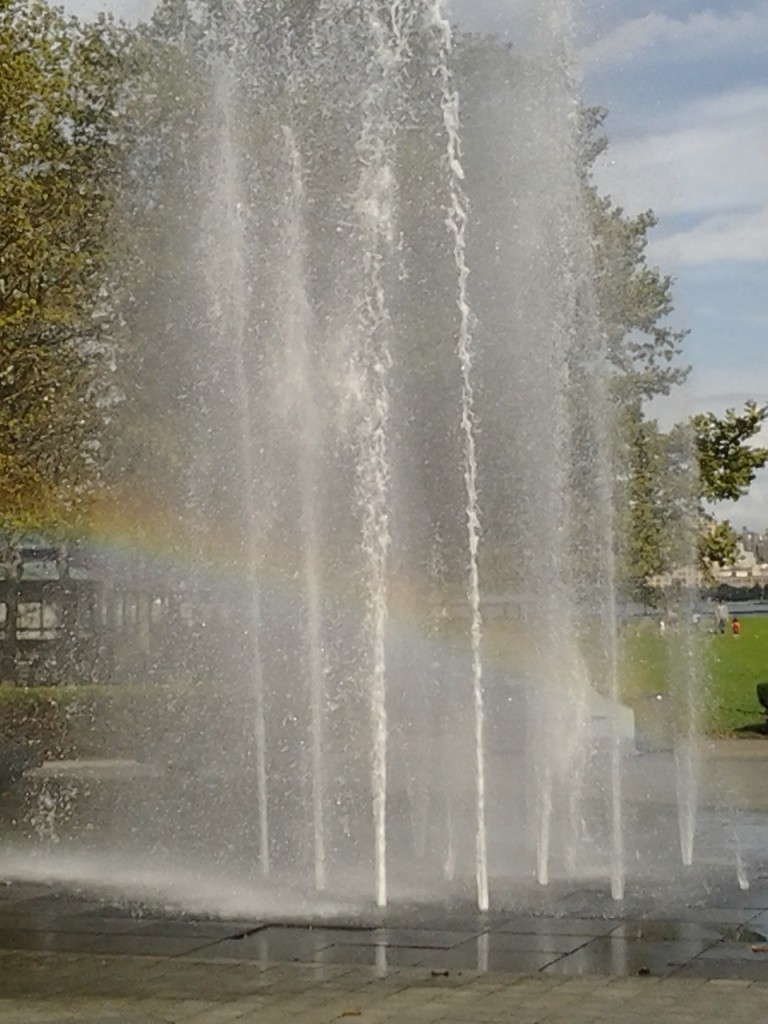 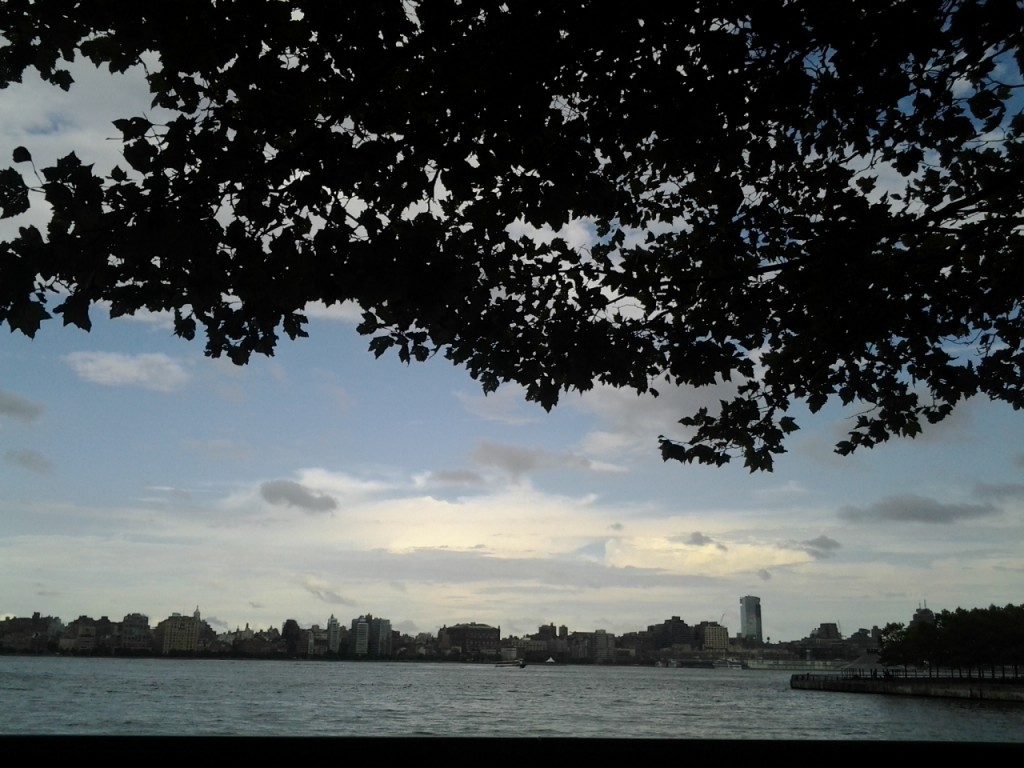 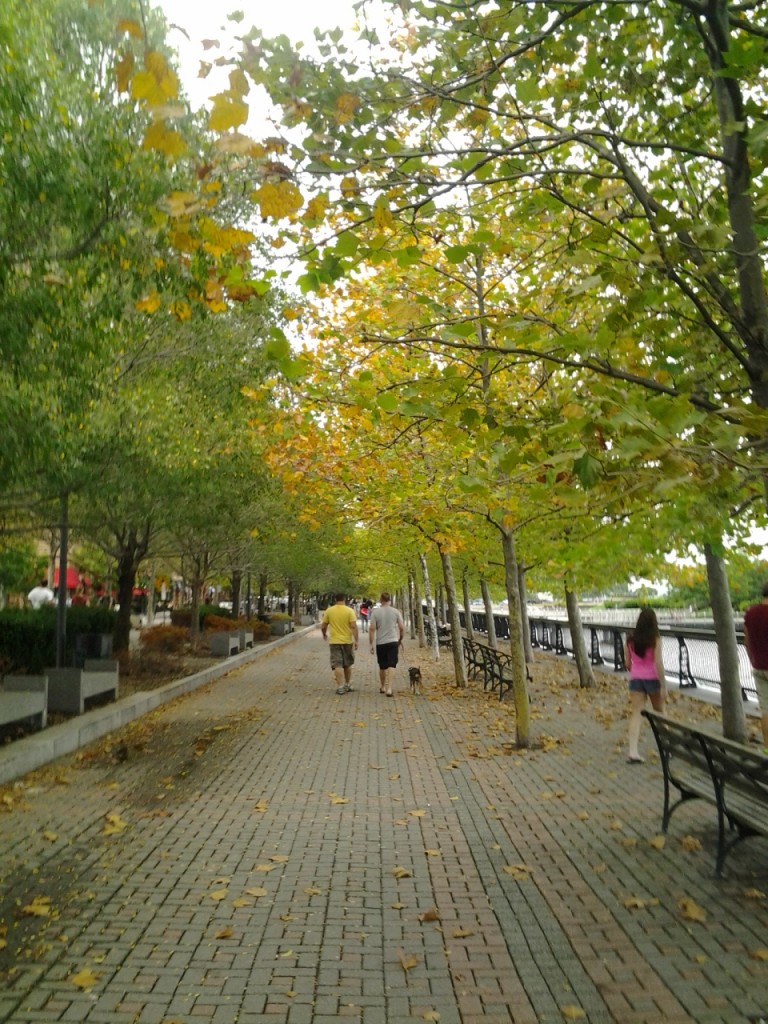 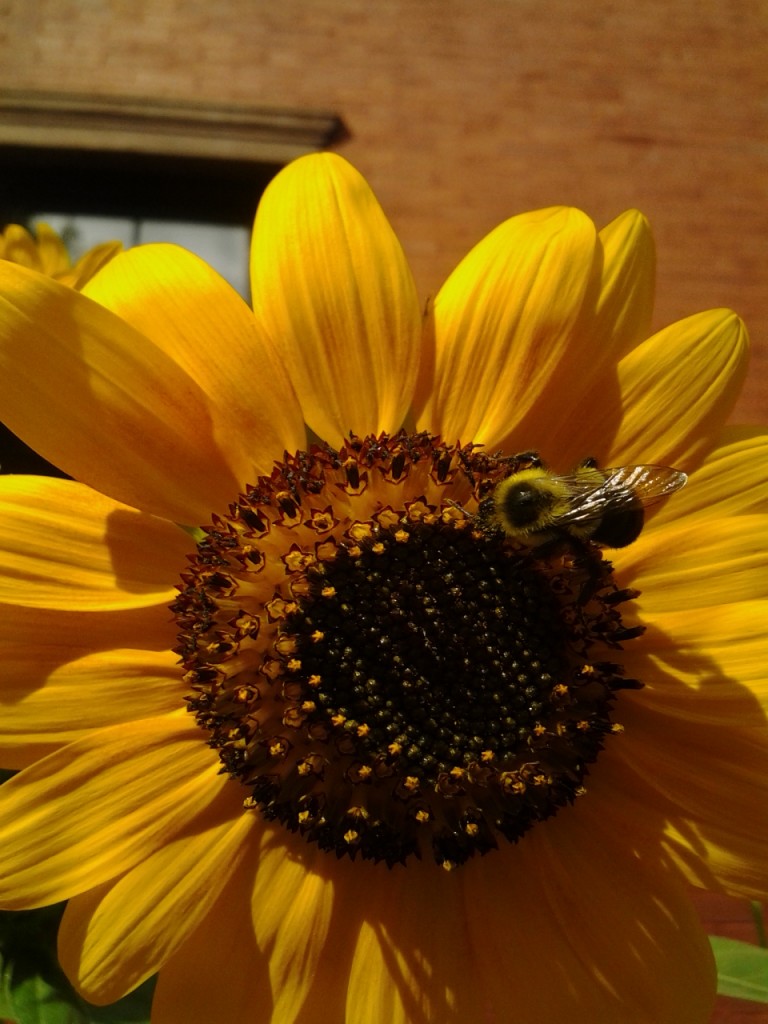