Last day of the year. Time for new calendars basically, as well as a psychological shrug of the shoulders for all the burdens of the previous year, renewing the hope that next year will definitely be an improvement. And it’s a genuine hope. For some of us, it’s a time for parties and drinking, at least that was how it’s been the past couple of days, for me at least. Saturday was spent running around, doing laundry and getting ready to head up to Otisville to hang out with Pedro and Connie. I knew it involved drinking so I had a few pints the night before, and a bit of the hair of the dog before I left the apartment for Otisville. It really does work, believe me.

The train ride was uneventful and nearly empty until we got to the first stop, Secaucus where it filled up and I was surrounded by a family of seven all headed to Harriman. Any quietude was gone and space was given up to accommodate while I looked out the window hoping that Harriman would be right around the corner. It wasn’t coming up until maybe an hour later. I got by despite the napping mother putting her feet in the seat next to me. Eventually the family made it to Harriman and I looked forward to being able to stretch out for a spell.

Soon I too was disembarking into a desolate parking area, waiting for Pedro who was picking up our mutual friend Excer at a gas station nearby. Pedro pulled up, followed by Excer in his car. Their old friend Gary was riding shotgun in Pedro’s car. I knew Gary vaguely and last time I saw him he was twice as big. He had to have his stomach stapled losing quite a bit of weight. Excer meanwhile gained weight, but then again so have I. Connie had prepared a lot of food, lot’s of chicken and spaghetti and meatballs as well as salad. Pedro had bought a case of wine and was determined that we drink as much as we could, meaning that your wineglass would never be empty.

The food of course was excellent and definitely did the job of filling me up since I hadn’t anything to eat since the morning and here we were hours later. We settled in the TV room, where Pedro had a large High Def TV on the wall with surround sound which was so true that it sometimes sounded like someone was whispering in your ear at times, so strategically located the speakers were. There was a big football game on Saturday night, The Giants versus the Patriots. Very hyped and available on four TV channels. It was an exciting game and I rooted for the Giants of course, so that maybe my brother Brian could end the year on a good note, he being a Giants fan with season tickets.

I am not a football fan, not at all. My parents, the original season ticket holders would drag me to games on occasion and I was generally bored until I found myself watching the players on the field, not so much what they were doing, but what they were wearing. In white tights you could sometimes see a jockstrap which would set my imagination on fire. But that wouldn’t last long and soon I would find myself bored once again. But this game was rather exciting. I’m not sure if it was because of the company or the wine or a combination of that and other things but I did find myself applauding certain plays. The Giants lost unfortunately and we still entertained ourselves until maybe 2:00 when we all collapsed in various rooms, on different mattresses.

I slept really well, waking up to find Connie making breakfast for all of us. As the morning moved into afternoon, Excer left to make it back to Queens, followed an hour later by Gary. Both offered me a ride back to the city, but I was looking forward to catching some shuteye on the train back to Hoboken. As we sat around killing time, Pedro went upstairs and started talking Spanish. His parents arrived unexpectedly and it was the first time that I ever met them. They weren’t too interested in me and I didn’t mind. Pedro and Connie went upstairs leaving me downstairs to try to figure out how to watch the satellite TV. After they left Connie made me a wonderful turkey sandwich which I quickly devoured. I had a two hour train ride ahead of me and wanted something to eat. She didn’t mind and neither did I. They drove me to the train station and soon I was heading back to Hoboken.

Where it promised to snow up in Otisville, I came back to rain in Hoboken. I didn’t mind. Though I was gone for less that 24 hours it seemed like I was away for more than that. I came home, settled in. Talked to Bill on the phone. He was totally stressed out over the situation, sounded despairing. I did what I could to soothe his nerves and he seemed to appreciate it. Spoke with Annemarie as well. She sounded a lot better than she did on Friday when they all flew back to California from Orlando. Juan called and came by. Then I kicked him out and went to bed.

Have a Happy New Year and all the best wishes for 2008! 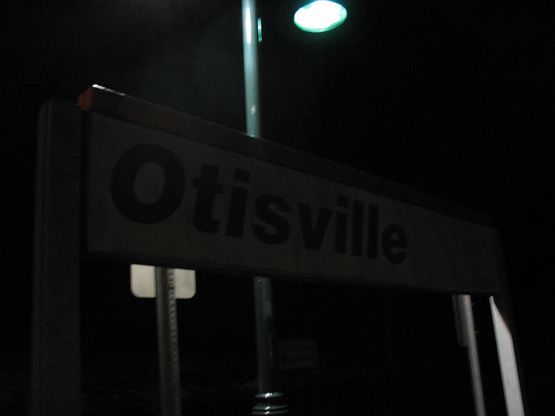 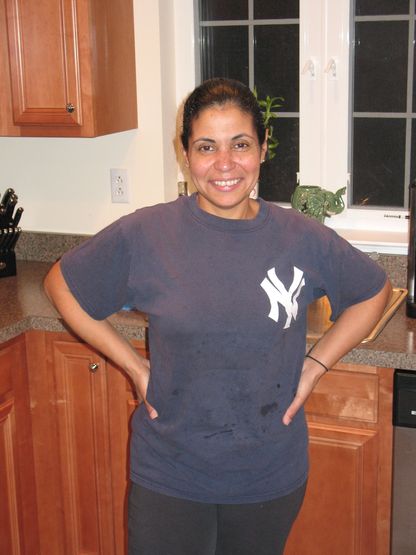 Gary, Connie and myself 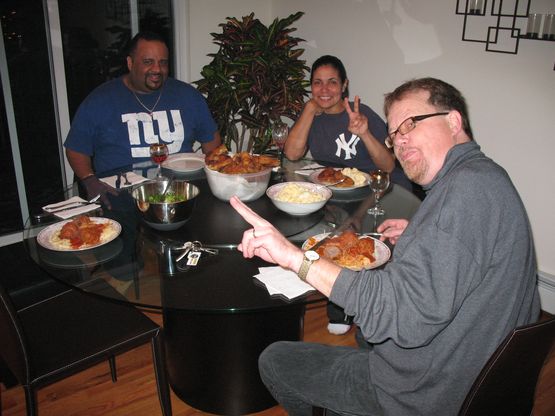 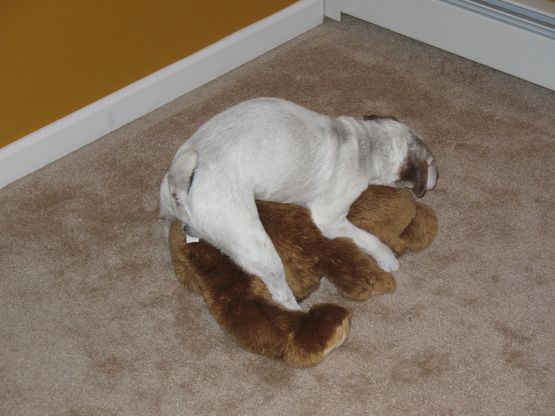 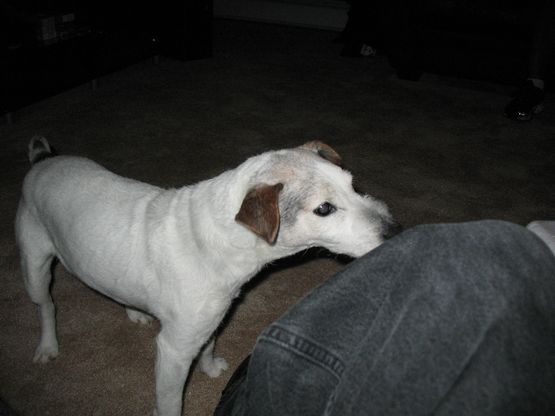 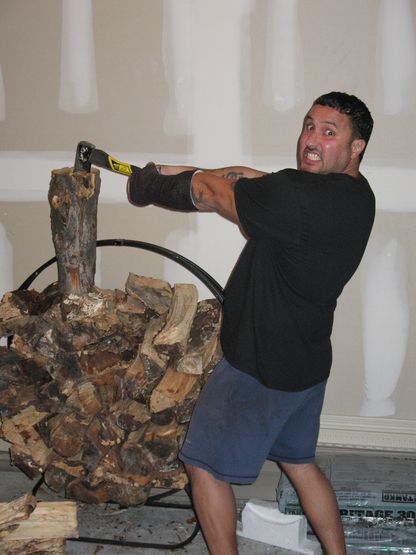 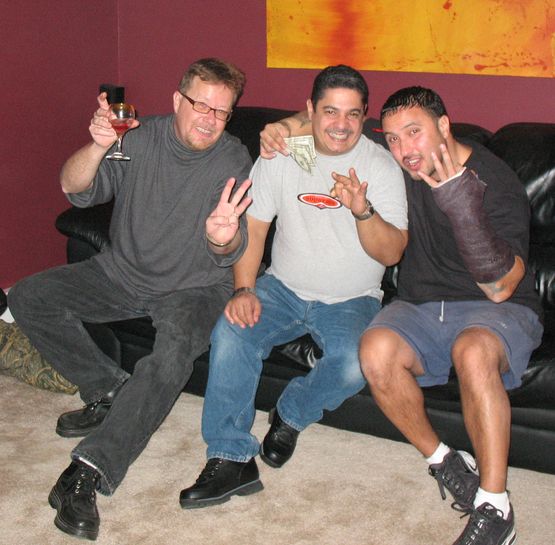