He had mentioned how blue he was feeling the past couple of weeks, not looking forward to a solitary Thanksgiving dinner. So Bill and I decided to stay local. Not just for Hyman, but also because I didn’t want to have to spend 5 hours in a car or a train going to Bill’s cousin’s house. It would have been about 2.5 hours in each direction.

Last night as I was home, as I was writing I kept thinking that I had to work today and had to keep reminding myself that I had off. It was somewhat disconcerting and it wore me down.

A very brief phone call with my brother Frank also happened last night, discussing Janet Wygal’s side projects from 25 years ago and almost veering into a discussion about what is going on in my life, when Patti Lupone, Michael Cerveris and George Hearn starting singing a song from Sweeney Todd on the Stephen Sondheim 75th birthday celebration on PBS, cutting Frank’s interest in my life of turmoil short.

I was all set to go to bed around 1:00 last night, Juan was a no show. Bill phoned as he was about to leave Washington DC and head back to the tri-state area. He felt like closing his eyes for a few minutes so I offered to stay up until 1:30 and give him a call so that he wouldn’t oversleep. And that’s what I did.

I threw in Iron Man 2 from Netflix and started to get into it, pretty amped up and called Bill at 1:30. He had just woken up a minute before I called. I watched a little bit more of Iron Man 2 before I went to bed for some tossing and turning. I don’t fall asleep easily when Bill isn’t around.

When I woke up around 10:00 this morning, there was Bill sound asleep in bed, sleep apnea mask on. I puttered around, showered and made breakfast for myself, thankful that Bill made an extra special effort to get some bagels from H&H while he was in the city this morning.

I woke Bill up around 12:30 so we could start to get ready to head into the city. I was determined not to be late, so as to prove to Hyman that Bill had indeed made it back on time. We got to the Waldorf Astoria before Hyman and were seated when he came in. I found him and directed him to our table.

Hyman didn’t have much to say to me, possibly because I told him I did want to hear his negativity and when he did speak to me, I was probably best described as cheeky. It wasn’t bad, we all got our salads at the same time, but went for the entrees without Hyman who went on his own. He also purloined one or two cloth napkins which he put into his bag.

We headed out after Bill and I decided to split the bill and treat Hyman. A walk through the lobby to get a cab on the Park Avenue side, Hyman opting not to ride back to Hoboken with us. He went his way and we went ours, running into Denise Foster in the queue for the bus. Denise used to cook fabulous holiday dinners before she started witnessing for Jehovah.

Now Bill naps, I write and Juan is making his way down to Hoboken to hang out for a bit. Work tomorrow, going in later. The 12:30 to 10:30 shift starts tomorrow and that is what my holiday schedule looks like. This is why I desperately wanted to be out of the retail world before the season. Too late for that now. 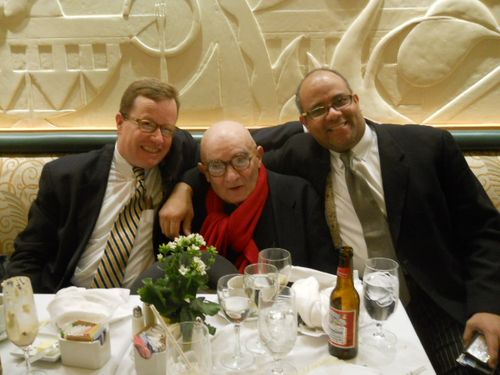 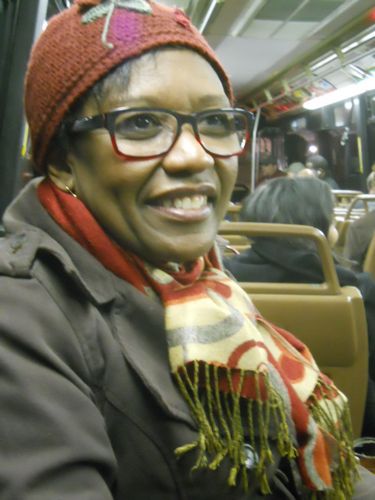 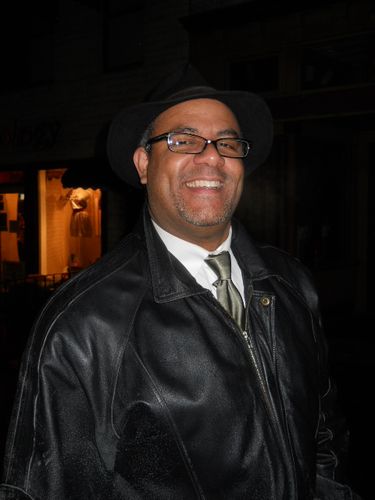 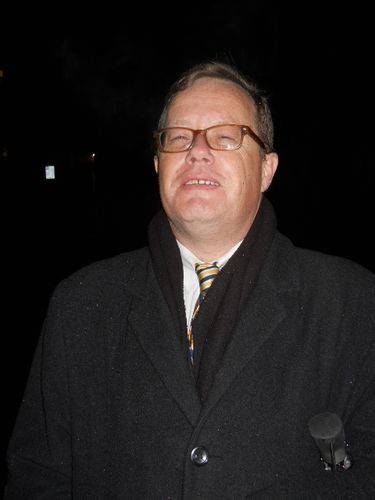