Well let’s see, I slept later than usual today. Bill had a bus charter trip to Bear Mountain today, fulfilling his desire to drive a bus again. It’s been an nice day, not so much rain.

I ran some errands this morning, though it was discouraging that the Daily News didn’t have a comics section so I won’t know what Winnie Winkle is up to, or whether Sarge will be saved or fall into the ravine on Beetle Bailey when the tiny tree branch breaks after the strain of Sarge’s weight. Or even the Lockhorns!

What abusive spousal hijinks will they be doing?How will I get by?

The news agent offered me a free NY Post but I refused. Just not the same and how much Mallard Fillmore do I need?

Today’s plan was to go to Central Park to see Conjunto Imagen in which my friend Excer plays keyboards.

He said it was at the band shell. Following that I thought about going to Brooklyn to see Grizzly Bear doing a free show. But from what I read it was a crazy scene last week when Girl Talk played and many people were turned away.

And Grizzly Bear is way bigger than Girl Talk, plus True Blood is on and I didn’t want to risk not catching tonight’s episode, especially since it’s leading up to a big showdown between Sookie and Marianne, plus Bill meeting the Vampire Queen of Louisiana.

Let’s face it, I’m pretty much addicted to True Blood.

I made it up to Central Park with no problems, avoided the crowded street fairs which was totally different than the street fair I strolled through yesterday on Second Avenue.

Lot’s of people in the park, the Sheep Meadow was closed for some reason so instead of the sheep being penned in, they were roaming freely throughout the park. I walked up to the band shell expecting to see and hear some Salsa but there was a puppet show of sorts going on there.

It turned out that Conjunto Imagen were playing at the Rumsey Playfield behind the band shell where Summerstage usually goes on. And they were at the end of the bill.

Lot’s of different things going on. It was a big Puerto Rican festival, featuring geriatric dancers, Puerto Rican puppets and a few other Salseros. I tried to walk out the entrance but was stopped. I took a picture of the guy stopping me who told me it was illegal to take his picture.

I wound up wandering around, sitting on the rock, walking over to Bear Hill overlooking the Skate Circle. Finally went back in just as Excer’s band was setting up.

Stayed for half the set and started feeling hungry. Decided to head home and make dinner which is what I did after walking down to the Path train.

A very pleasant evening followed by a good dinner of what else but penne, pesto and chicken. Light and easy to make.

Now True Blood is on, and my attention is compromised.

OK True Blood is over. Tried to stuff too much in this episode, trying to tie up loose ends before season finale in two weeks. Still it was sitting at the edge of your seat type stuff. 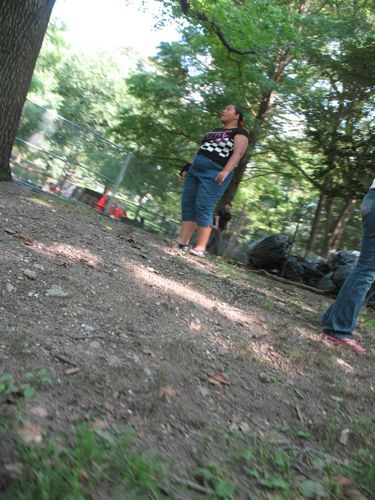 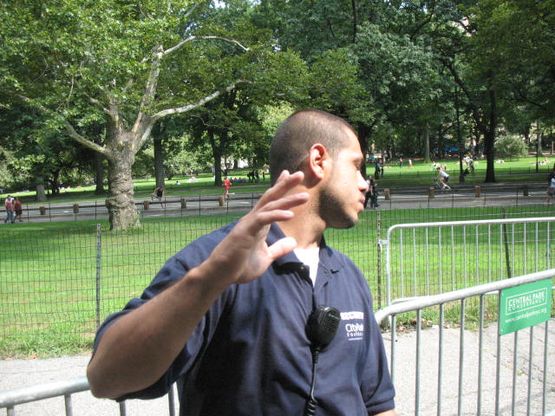 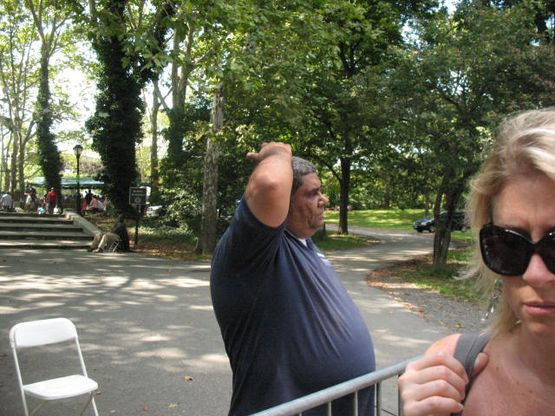 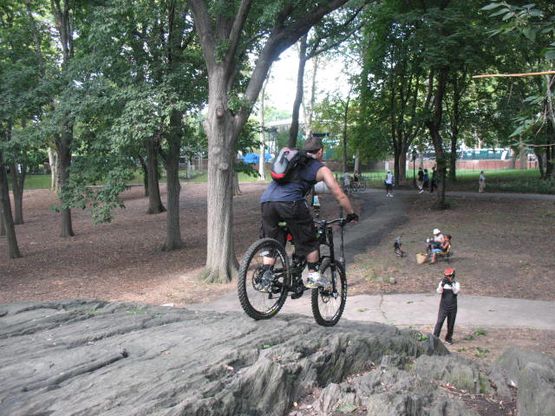 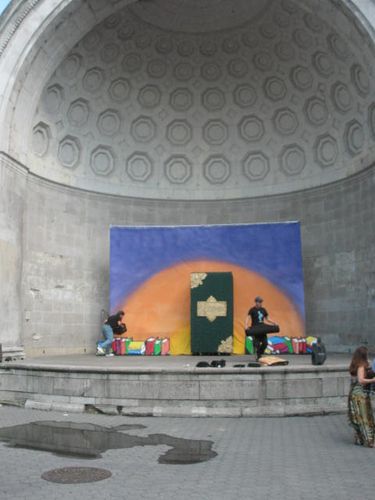 Where the show wasn't 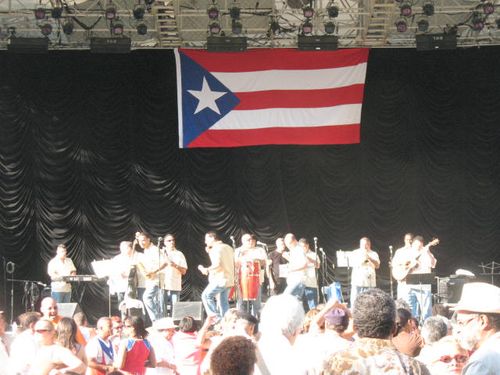 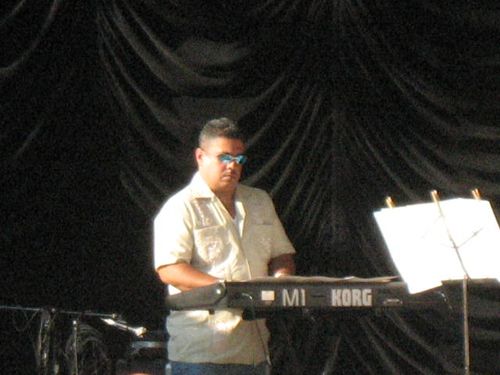