It’s Tuesday and it’s alright. I’m full of love. Not being factitious. Just this afternoon I was listening to Arcade Fire, Neon Bible and it reminded me of the trouble I had been in that night at Radio City last May, and I was overwhelmed by love for my brother Frank. I really hope he gets better, I’ll wait for it. I think the chat I had with my brother Brian last week was founded upon basic worries. I had the same worries for my parents when they were getting up in age. Let’s face it, I’m a worrier. Bill will tell you that. He’ll also tell you it’s part of being a Virgo, which doesn’t mean that much to me, but it works for him so we’ll just let it lie.

And of course I have love for Bill, and the trials and tribulations that he is presently going through. The hospital is ready to discharge his father, but his father is too far gone to go home, so it’s off to the Veteran’s Administration home in St. Albans. Apparently no one told the hospital. And this is all affecting his work. He can’t leave the apartment until the housekeeper shows up to take care of Bill’s mom. And the housekeeper doesn’t show up until 9:30, a half hour after he should be at his desk. Luckily Bill’s boss is going through something similar with his 90 year old mother. Bill is picking up the slack, working later. Tonight he should be at work until 8:15, then it’s home to collect his mother from his cousin, Elsie, to start the same thing all over again tomorrow. 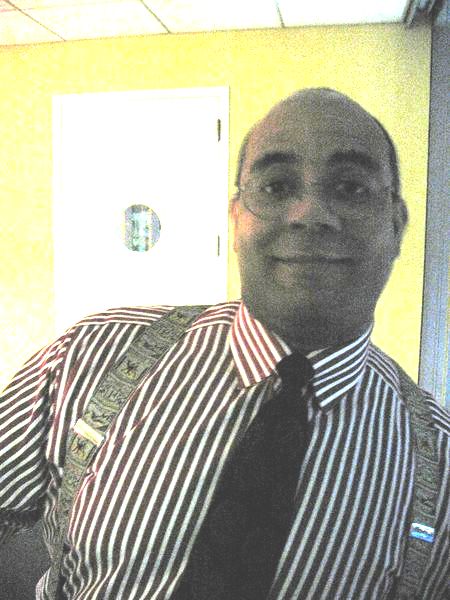 And I look at the picture I had from December at Bill’s company’s holiday party, the one where he is leaning against the wall, looking into the camera with a look that is childlike, yet masking emotional torment inside. At least that’s what I see, and I was the photographer on that one.

Last night I came home, had some dinner, watched Scrubs, A Daily Show and the Colbert Report, all very funny and all seen before. No surprises there. I then watched the last minutes of A Hard Day’s Night, no longer feeling sad when they fly away at the end. Mike Myers said that when he saw it as a kid he felt the same way. And I thought I was the only one.

Also did some reading on some ecological and political issues written by my nephew Earl. I was mighty impressed by his prose and even sent him a message on his MySpace page. He claimed genetics, since I write this blog everyday. That was a nice thing to say. If he keeps at it, he could be a very good writer, the kind that people will pay money to read, not just turning on a computer and reading something while the porn downloads. I also met up with Julio and Stine. She’s due in about 2 months, and she looks great. Not fat at all, just a basketball under her shirt. I had picked up a Keith Haring print for them at a really good price. 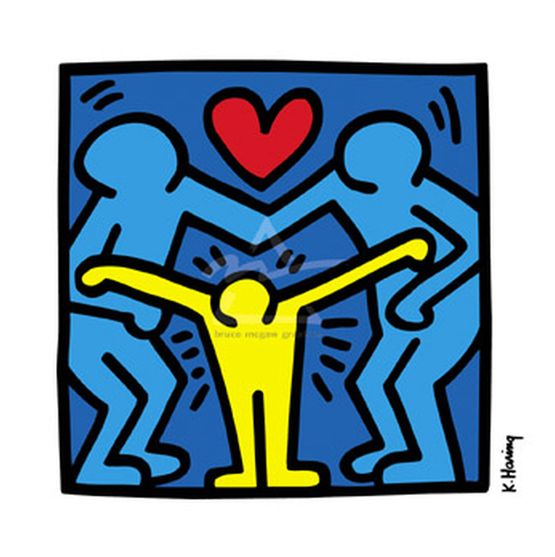 I was thinking about what to get them for a long time and each time I thought of something I thought, They’re going to have a baby and won’t have time to read the New Yorker, won’t have time to go to the movies, won’t have time for anything really. So a nice print, with two adult figures, holding a child figure under a heart would do. I thought they could probably hang it in the baby’s room when they get a room for the baby. I was able to get a suit that I had ordered online and had delivered to Julio’s place of work since I wasn’t going to be home to sign for it. A nice two button, gray pinstriped (of course) suit that I plan to wear to my cousin Neil’s wedding next month. We hung out in their third floor apartment, talking politics.

Julio expressed surprise that I wasn’t rooting for Obama. I was surprised and it got me thinking. I wasn’t planning on voting today but I thought about it and decided to throw my lot in with Barack Obama. I’m all about changing things up so that was the direction I headed in. I slept in a little later, hitting the snooze button three times before rousing myself to action. Then I was at the polling place, casting my vote and heading to work, winding up sitting outside the Lincoln Tunnel for 45 minutes while I read about Cory Booker, mayor of Newark, and a friend of Barack Obama. So there you have it, my endorsement for the President of the United States, Barack Obama. So there! 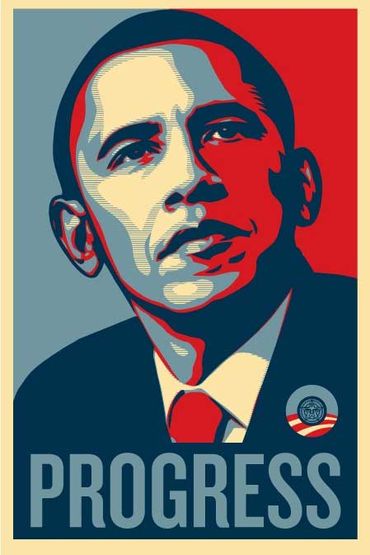