Ok. I know I said I’d go back to writing every day, but I didn’t exactly hold myself to that last night. Especially after 9 Coronas by my nephew Earl’s account. He would know since I kept sending him off to get me a fresh bottle after I downed yet another one. Friday was an exceptional day weather wise. Annemarie, Earl and Corinne and I headed down to Sandy Hook despite traffic alerts and reports of afternoon thunderstorms. It was beautiful weather nonetheless and we all got some color, Corinne getting the most color since she didn’t apply any sun block, the silly girl.

Anne being a mom and driving the kids everywhere 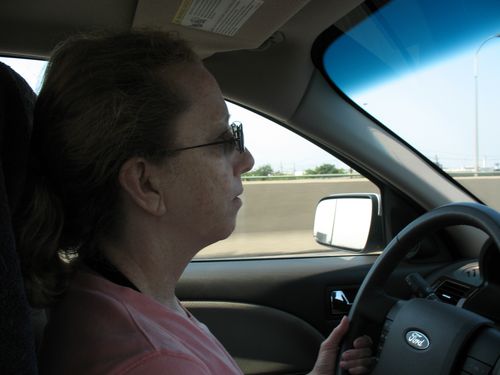 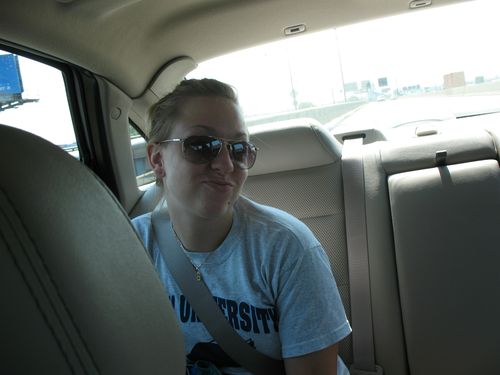 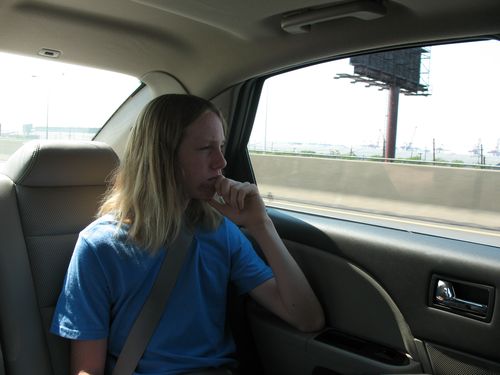 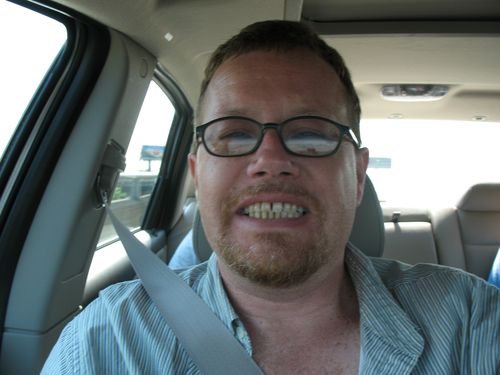 on the way to best Frisbee champion 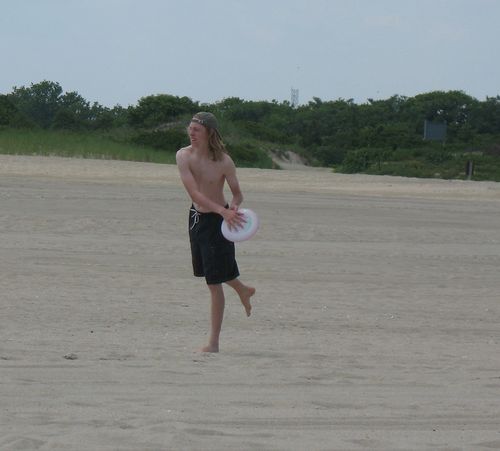 The water was still a bit cold but I did jump in twice and with my blue Speedo on shrinkage was applied as well as hardened nipples. I suppose that’s a trade off. We played Frisbee and ate peanut butter and jelly sandwiches washed down with Paul Newman’s Lemonade. I walked for a bit with Corinne around the beach, talking about stuff. I think Earl might have been put off by that so I convinced him to go in the water with me again. I love having Annemarie, Rex and Earl around and I am dreading their leaving Hoboken on Monday. The only consolation if I can call it that, is the fact that I’ll be at work rather than sitting around at home doing nothing but bemoaning the fact that no one is around to do anything.

In fact, yesterday when I woke up I was in a really good mood. Today waking up was tinged with sadness that they’ll be flying off soon and everything will go back to being the samo samo. Of course, Monday and Tuesday promise to be excellent beach days with the weather going into the nineties which means the water should be a bit warmer than it’s been. Bah! But that’s not here yet and this is a good lesson to learn about enjoying the moment. So that’s what I have to do, stay in the moment and right now the moment is 90 degrees outside, me sitting at this keyboard writing.

Last night we headed home, dropped Corinne off at her car so she could go home and change since we were all going to a surprise party for my brother Brian who’s turning 50 on July 17. His wife Karen, planned this since Annemarie, Rex and Earl were going to be in town for this week only. We came back to Hoboken, Annemarie and Earl, getting ready in Julio and Stine’s apartment and me going up to the fifth floor to do the same. I wrapped Brian’s gift, The Traveling Wilbury’s re release and a burn of Paul McCartney’s Memory Almost Full and Joe Strummer and the Mescaleros Global A Go Go.

50 of Brian’s friends were expected and they were mostly there when we arrived. My sister in law Karen has a big family and after almost 25 years, I still can get only a handful of her sister’s names right so that usually means it goes like this, Them: “John! It’s so good to see you!” Me: “Oh hey! You looked fantastic! When was the last time I saw you?” They never wear the “Hello My Name is” stickers that I got them years ago. Maybe it’s because I had the wrong names on them or gave them to the wrong people.

In any event, it’s been great once again to be able to take time off from work and be with Annemarie, Rex and Earl as well as spending some time with Frank, Elaine and Meghan and Corinne as well Brian, Karen, Hillary, Brian and Cassie and my ubee, Bill. It’s all good. And all good parties got to end sometime. Bah! 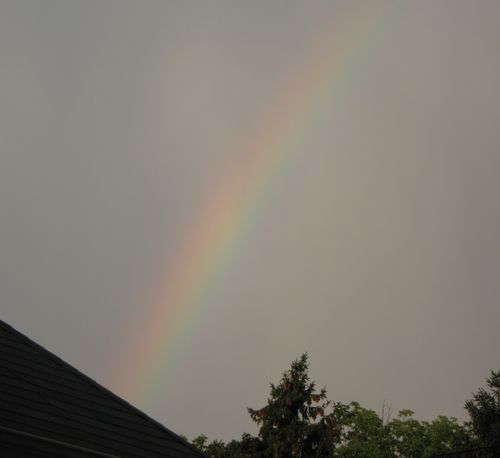 Here is the birthday boy 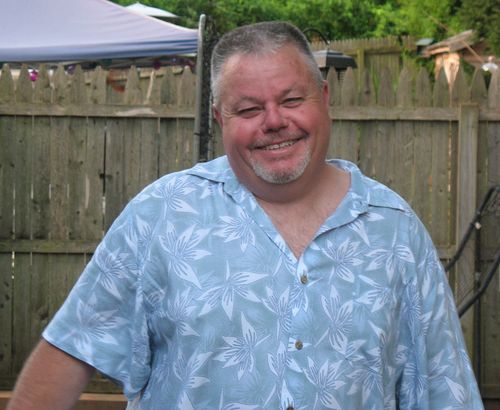 and here are Me, Brian, Annemarie and Frank 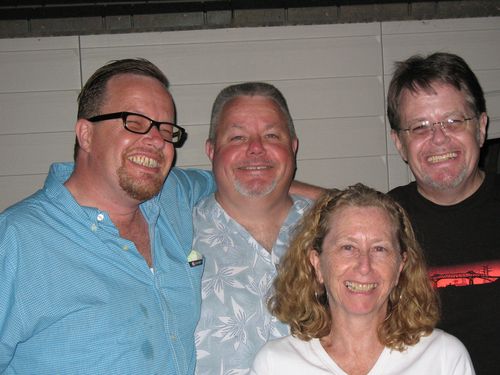 above photo by the best kid…..ever? 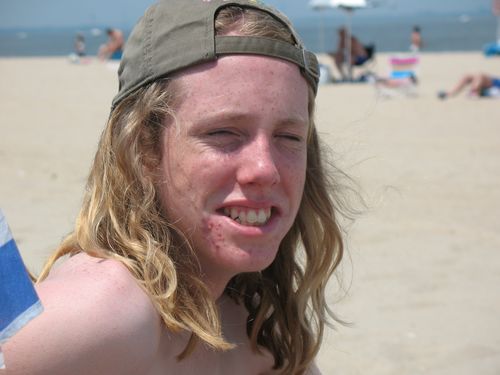