Well back to work, back to normal. The nap helped yesterday afternoon. Still out of it somewhat last night. Bill was also out of it. The weather has gotten considerably cooler so perhaps thats why we were both fatigued. It’s the only explanation I could think of and the idea was placed in my mind from Chaz and a co-worker.

Though I was plenty tired last night, the nap didn’t help with sleeping though. Bill went to sleep around 9:00, I hung in there until after Hillary Clinton spoke at the convention. That didn’t get me fired up not did it tire me out. It was just there. Juan wanted to come by, but things being what they were it was better off that he didn’t. Tonight would have been fine though.

Bill was up and out by 6:00 this morning, I dragged my ass out of bed and got myself ready. On the bus again, no Casey. Read the New Yorker, all about Myanmar/Burma/Rangoon. A definite totalitarian regime, military rulers not allowing aid to come in after the disaster there earlier this year.

The rulers don’t care about what the rest of the world thinks and they don’t care (in every sense of the word) for their own people. Of course since we created the Iraq fiasco, the US credibility is totally shot so if we have anything to say about anything, who would want to listen to us?

Like a few weeks ago, the US stamping it’s feet about Russia going into Georgia, US saying ‘You can’t invade a sovereign nation!’ and the world taking note of that and remembering that, that was exactly what we did when we went into Iraq.

I guess Afghanistan was necessary, sort of going after the Taliban who was fingered as being behind the attacks on 9/11. But you knew all this already.

Meanwhile back in the island off the coast of America called Manhattan, tourists are everywhere, most workers and residents have taken off this last unofficial week of summer. The office wasn’t doing much.

A few more people in, but for me it was like crossing paths since I have taken off tomorrow and Friday. I made a point to write down instructions on how to use the coffee pot. They will have to put their own paper in the printers, and I expect my desk to be covered with mail that arrived when I was out. Not that big of a deal, at least I know what I’m headed towards, come Tuesday.

I saw Chaz after work. He asked me to take his picture in front of the Robert Indiana LOVE sculpture on west 55th street and 6th avenue. So after work I walked over there and took 2 pics. The whole thing took less than 30 seconds.

Afterwards we walked down 6th avneue, just shooting the breeze. He was going to the Virgin Mega Store, and I was headed to the bus terminal. I could have walked over to Times Square with Chaz but if there were hundreds of tourists on 6th avenue, there were more than likely thousands in Times Square and I was not going to walk through that.

No line for the bus and I nabbed a seat in the back, reading some more of Alan Bennett, who’s mother has Alzheimers in the 1970’s. Not the fun, witty stories I envisioned when I took the book out of the library, but I’ll hang in there. He’s bound to eventually get to Oxford and then Beyond the Fringe with Peter Cook, Dudley Moore and Jonathan Miller.

More of the convention on the schedule for tonight. Bill’s home and he’ll probably go to bed soon. I’m off until Tuesday so who knows? I may stay up until midnight and watch the day begin.

and on today’s streets 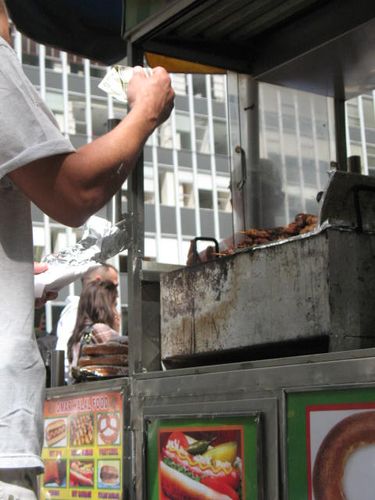 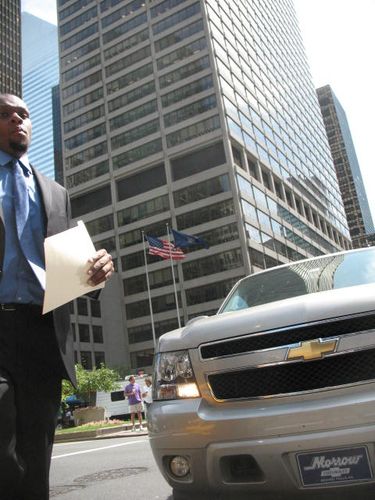 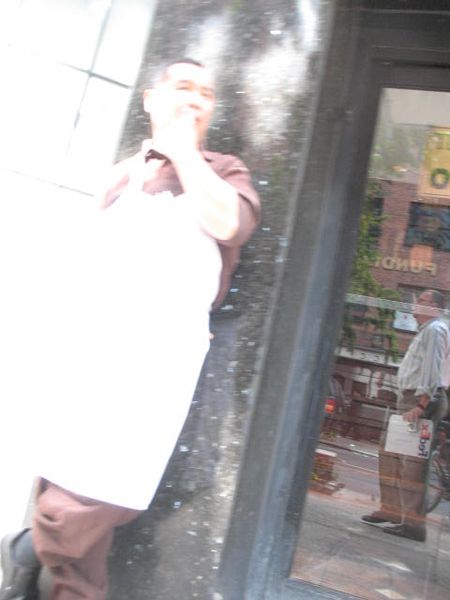 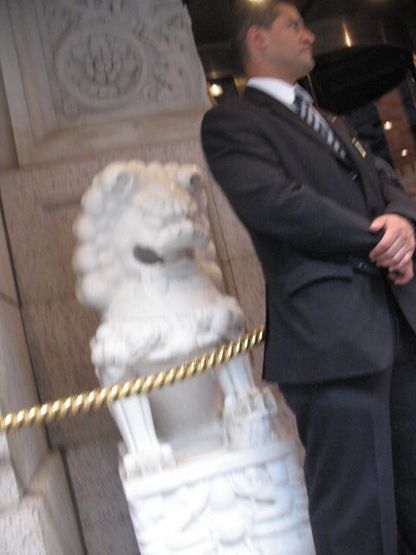 Rest in Peace Del Martin
Lesbian rights pioneer Del Martin died Wednesday. She was 87. She and her partner Phyllis Lyon were the first to be legally married in the state of California.